Alyssa Sutherland played the role of Aslaug in the first four seasons of Vikings but will she reprise the role in the show’s final 10 episodes? Express.co.uk has everything you need to know.

Sadly, Aslaug met her death at the hands of Ragnar’s ex-wife, Lagertha (Katheryn Winnick) who returned to Kattegat whilst Ragnar and Bjorn (Alexander Ludwig) were away.

In the process of reclaiming her title as the Queen of Kattegat, she shot and killed Asluag with an arrow, which pierced through her back.

Sadly, Aslaug’s attempts to escape safely by warning Lagertha her four sons would avenge her death did not work in her favour. 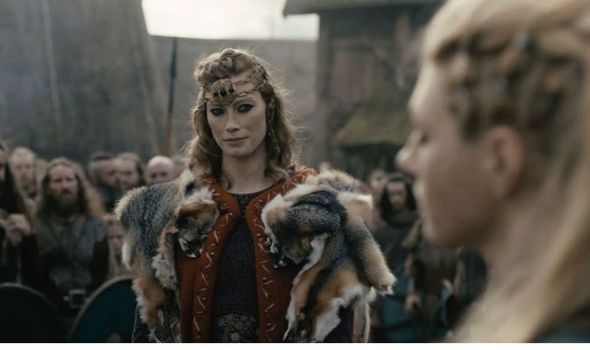 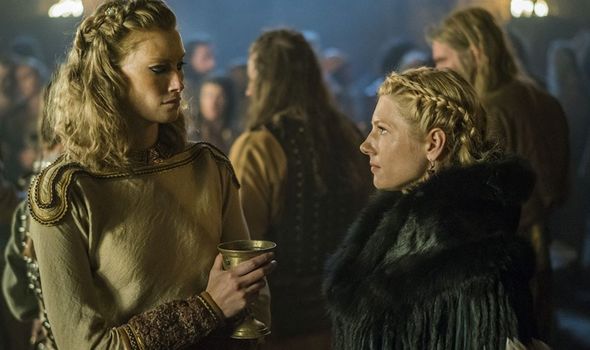 Speaking to The Hollywood Reporter about the death of Alaug, show creator Michael Hirst said: “Aslaug took away Lagertha’s husband, love, belief, future, everything. And so she was always bound to do something about it.

“Lagertha wouldn’t be Lagertha unless she did that. And by doing it of course she challenges the gods because she knows that revenge is basic to Viking society, and the sons of Aslaug will be damned to try and avenge their mother.

“So she makes this huge decision, but it’s a decision to kill that was based on her love for Ragnar.”

Speaking to The Hollywood Reporter following her character’s death, Alyssa Sutherland revealed she would return to the show in a ‘dream or vision’ and only under the right circumstances. 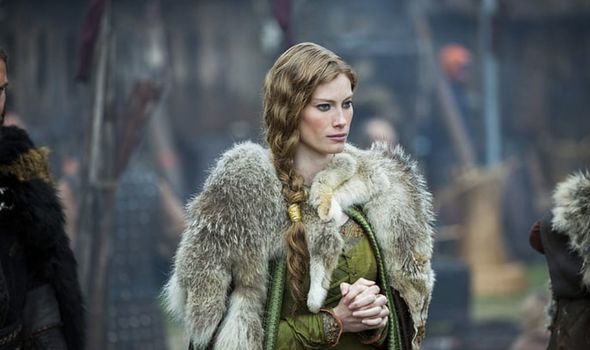 She told the US outlet her Aslaug’s story on Vikings was ‘done.’

She said: “If that were to happen, it would be a very quick scene.

“That’s up to Michael, but the door is always open like that on Vikings.

“I was ready for Aslaug to be done. Professionally, you’re in a role for many years and you kind of start itching for something new and you want a new challenge.

DON’T MISS…
Vikings: Did Lagertha cause the battle with the Rus? Fans have theory [THEORY]
Vikings: Who were Ragnar Lothbrok’s wives? How many wives did he have? [FACT CHECK]
Vikings: Why did Aslaug star Alyssa Sutherland really leave?  [INSIGHT] 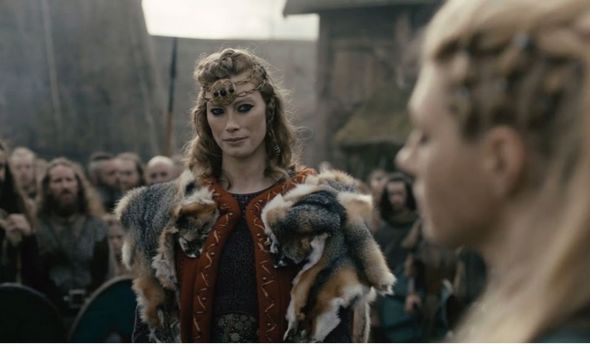 “I loved my experience with Vikings, it was so great for me personally and professionally, but you start getting itchy feet and so I’m OK if she’s never seen again.

“At the same time, there wasn’t really much more for Aslaug to do. She’d had her sons and fulfilled everything that she needed to do, just as she says in that last scene.

“She looks at the Seer and the Seer nods to her… I was done and Aslaug was ready to be put to bed as well. I’m not sure where else she could have gone.”

Since leaving Vikings, Australian actress Sutherland has gone on to star in several films and television series.

In 2017 she joined the cast of The Mist as Eve Copeland, starring alongside Morgan Spector, Danica Curic and Frances Conroy.

She also had roles in Timeless and Law and Order: Special Victims Unit.

In 2019, she starred in the film Australian horror film Blood Vessel alongside Robert Taylor and Nathan Philips.