The History Channel and Amazon Prime series Vikings remained one of the most popular historical dramas of the last decade throughout six epic seasons. Thankfully, the story is far from over as the upcoming Netflix sequel, Vikings: Valhalla, will reveal what happened 100 years after the events of the original drama.

The first trailer for Vikings: Valhalla has finally been revealed by Netflix Geeked’s official Twitter page.

While the series hasn’t offered full looks at the new cast yet, this stunning behind-the-scenes sizzle reel has given fans some idea of the scale of the new streaming series.

The trailer was unveiled during Netflix’s Geeked Week celebration on Monday, June 7, which also featured an announcement for the second season of Shadow and Bone.

Valhalla’s first footage promised some of the most jaw-dropping stunts and battle sequences in the franchise’s near decade-long history. 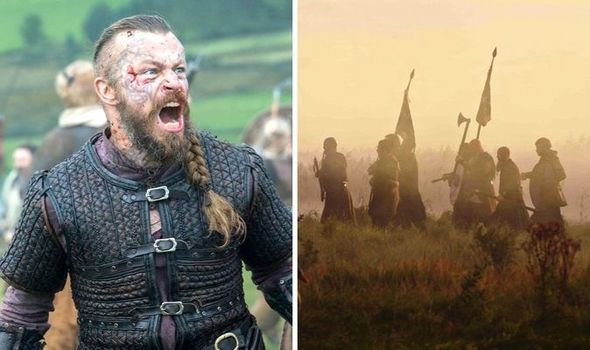 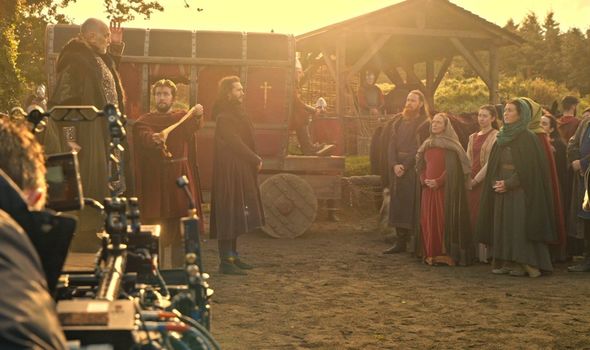 Netflix’s highly anticipated sequel will follow the lives of Leif Eriksson (played by Sam Corlett), King Canute (Bradley Freegard), and Freydís Eiríksdóttir (Frida Gustavsson) a century after the events of the original series.

The series will also feature some familiar faces, including The Walking Dead’s Pollyanna McIntosh, plus John Kanaugh reprising his Vikings role as the Seer.

An official plot synopsis reads: “These men and women will blaze new paths as they fight for survival in an ever-changing and evolving Europe.”

Despite taking place around 100 years after the death of Bjorn Ironside (Alexander Ludwig), the new clips featured some very familiar iconography. 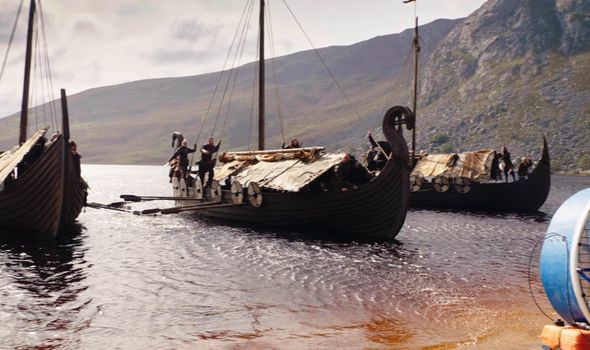 The Vikings’ signature longships will of course return, and the vast cast of actors and extras were all sporting striking armour, swords and shields.

“No wonder it took like a year and a half or more between each season goddamn.”

And another hopeful fan said: “Let’s freakin’ go can’t wait, they still better talk about Ragnar and everyone else from the past.”

As the mainline series was based on the legendary records of Ragnar Lothbrok (Travis Fimmel), it’s expected his legacy will serve as a major influence for the characters introduced in Valhalla.

Season one of the new series is currently filming at Ashford Studios in Wicklow, Ireland, where the original six seasons of Vikings were primarily shot.

Original creator and showrunner Michael Hirst will be taking a backseat this time round, serving instead as executive producer alongside Morgan O’Sullivan and Jeb Stuart.

Meanwhile Stuart, known for penning the scripts to blockbuster hits such as Die Hard and the Fugitive, will helm the new project.

Hirst has also indicated that, much like the mothership series, this offshoot will also play fast and loose with the historical timeline, as Leif Erickson and William the Conqueror wouldn’t have necessarily crossed paths.

No release date has been set by Netflix yet, but the production timeline suggests we could see Vikings: Valhalla drop its first outing at the start of next year.

Vikings seasons 1-6 are available to stream on Amazon Prime Video.