The writer and director Aaron Sorkin narrates a scene featuring Cohen as the activist Abbie Hoffman.

‘The Trial of the Chicago 7’ | Anatomy of a Scene

I’m Aaron Sorkin, and I’m the writer and the director of “The Trial of the Chicago 7.” “It’s Abbie.” The scene is Abbie Hoffman on the stand. He’s being played by Sacha Baron Cohen. Frank Langella is playing Judge Julius Hoffman. He is either a terrible judge, or in the bag for the prosecution, or experiencing early senility, or some form of the three of those. The lead defense lawyer is Mark Rylance as William Kunstler a civil rights attorney at the time, who became a very well-known civil rights attorney because of this case. “Abbie, do you know why you’re on trial here?” “We carried certain ideas across state lines, not machine guns, or drugs, or little girls — ideas.” It’s the final scene of the trial. But what’s unusual is that ordinarily the last witness in a trial, that’s usually the climactic scene. Somehow a lawyer breaks down that witness, and he explodes in a”‘you can’t handle the truth” kind of moment. That scene in this movie actually doesn’t happen in the courtroom. It happens during a mock cross-examination that Mark Rylance as William Kunstler conducts against Tom Hayden— that’s Eddie Redmayne— back at their offices where they’ve been working. He’s trying to demonstrate to Tom Hayden why Hayden can’t take the stand because they’ll rip him apart, and he shows him how. That becomes the climactic courtroom scene. And the scene with Abbie on the stand is a kind of coda. It’s something we’ve been waiting for. It’s a serious Abbie telling us what he really thinks. [CHUCKLES] “So Chicago was just a massive voter registration drive?” The cross-examination is being done by the lead prosecutor, Richard Schultz, who’s being played by Joseph Gordon-Levitt. We know from the beginning of the movie that he’s ambivalent about prosecuting these guys. He’s going to do it. He’s going to do it fully because that is his job, and he has been directly ordered to by the new attorney General John Mitchell. But he knows that it’s a mistake for a number of reasons to do it. So he’s a really interesting character. And Joe plays him beautifully. It was a crazy trial. Some of the crazy was bordered on the comic and some of the crazy was tragic. So I wasn’t going to try to top all those fireworks with this scene, especially because I knew that I had a final scene coming right after that, which does have a lot of fireworks. So this was going to have to be the opposite. It was going to have to be the opposite of that in the writing of it. It was going to have to be the opposite of that in Sacha’s performance. And it was going to have to be the opposite of that in how we shot it. It was Sacha’s big day. And there was still, in some people’s minds, a curiosity as to how Sacha Baron Cohen would play a dramatic scene. On this day, there was a huge crowd watching him do it. Those extras, even when the cameras were pointed away from them, stayed there because they wanted to see Sacha do this. And take after take, he would just get a huge ovation from the crowd. Part of that ovation, by the way, was for Joe Levitt too. But people were really curious about Sacha’s performance. They were as knocked out by it as I was, and I think the audience will be too. “Do you have contempt for your government?” “I’ll tell you, Mr. Schultz, it’s nothing compared to the contempt my government has for me.” The night before he shot it, I sent him an email saying, just a reminder, really the creative success or the failure of the entire movie depends on your performance that you’re going to give tomorrow. We can have been great up until that moment, and you still have an opportunity to sink the film with anything less than a great performance. So knock him dead, pal. I was just going to tell him the truth. For real, you can’t blow this scene. We’ve been trying to make this movie for 14 years. So here it’s all— in your lap [LAUGHS] He had no problem with it at all. “I’m concerned you have to think about it. Give me a moment, would you friend? I’ve never been on trial for my thoughts before.” 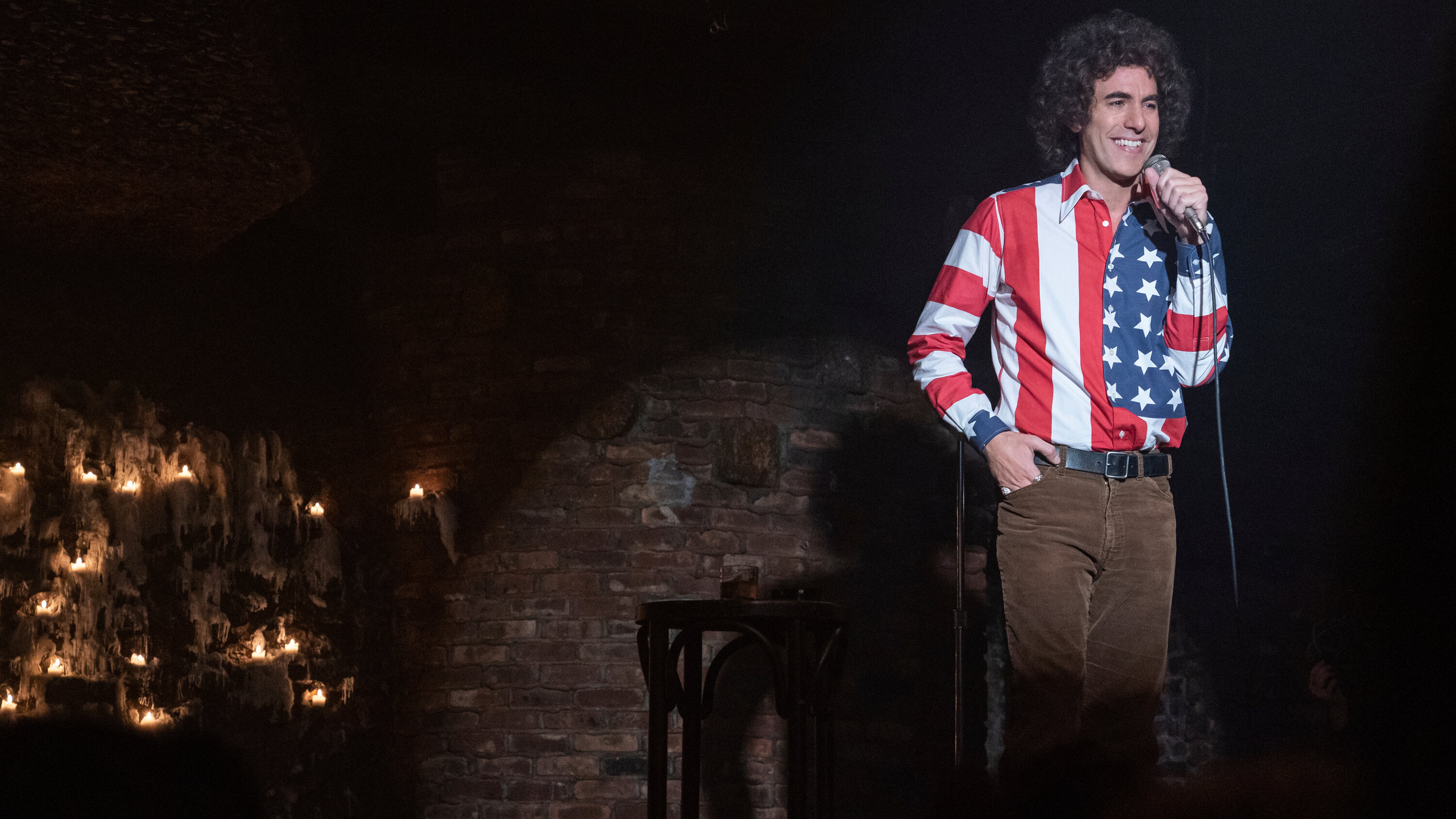 In “Anatomy of a Scene,” we ask directors to reveal the secrets that go into making key scenes in their movies. See new episodes in the series on Fridays. You can also watch our collection of more than 150 videos on YouTube and subscribe to our YouTube channel.

Aaron Sorkin knows his way around courtroom drama theatrics. His script (adapted from his Broadway play) for the 1992 Tom Cruise-Jack Nicholson verbal slugfest “A Few Good Men,” did not shy away from gavel-banging razzmatazz. He returns to court with the docudrama “The Trial of the Chicago 7” (streaming on Netflix), which he wrote and directed. The trial of the title involves several antiwar activists (played by several Oscar and Emmy winners) who were accused of conspiring to cause riots at the 1968 Democratic National Convention.

The trial itself was a carnival of sometimes funny, sometimes shocking moments, which Sorkin depicts. But this scene, featuring the testimony of the usually more jokey agitator Abbie Hoffman (played by the usually more jokey Sacha Baron Cohen), turns down the volume and gives the court more of the order its judge (Frank Langella) has been seeking throughout the film.

It’s the film’s final trial scene, but it’s handled differently than usual. Narrating this video, Sorkin explains why he went in a quieter, more straightforward direction, and why all eyes were on Cohen in interpreting its tone in his performance.

Read the “Trial of the Chicago 7” review.

Sign up for the Movies Update newsletter and get a roundup of reviews, news, Critics’ Picks and more.