Bridgerton focuses on the love story between Daphne Bridgerton (played by Phoebe Dynevor) and the Duke of Hastings, Simon Basset (Regé-Jean Page), who inadvertently fall for each other while trying to hoodwink the scandalous gossip writer Lady Whistledown (Julie Andrews) and her tittle-tattle sheet which has tongues wagging across Regency London. However, the show also introduced numerous other characters including the extensive Bridgerton clan as well as their neighbours the Featheringtons.

Who does Penelope Featherington end up with in Bridgerton?

Among the Featheringtons is the youngest daughter Penelope (Nicola Coughlan), who is a shy but sweet-natured young woman.

She is best friends with Eloise Bridgerton (Claudia Jessie) with the pair having the strongest female friendship of the series.

Eloise and Penelope have been friends since they were children and while they are open with each other, they have their secrets.

Penelope has never revealed she is secretly in love with Eloise’s older brother Colin Bridgerton (Luke Newton) for fear of the complications it could cause. 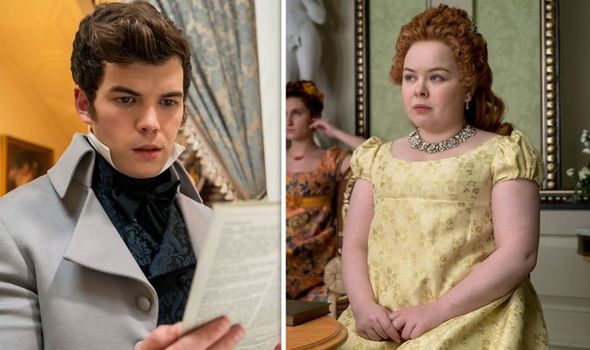 We will use your email address only for sending you newsletters. Please see our Privacy Notice for details of your data protection rights. Bridgerton fans distracted by Daphne’s costume blunder

Also, her feelings appear to be unrequited after Colin and Penelope’s distant cousin Marina Thompson (Ruby Baker) are on the verge of getting engaged.

Penelope tries to warn Colin about Marina’s love for George, knowing she only wants to marry him because she needs to secure a match before her pregnancy becomes common knowledge.

Season one sees the truth about Marina being exposed with Colin breaking things off with her for her deceit.

Before Penelope has a chance to tell Colin about her true feelings, he decides to go travelling around Europe and fulfil his life-long ambition. 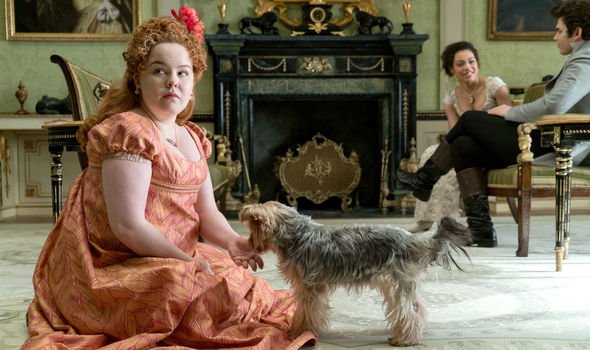 He thanks Penelope for being a good friend and it appears she is destined to be forever in love with him and never have her affections reciprocated.

However, in the novels, Penelope and Colin do eventually get married with the fourth book in Julia Quinn’s Bridgerton series focusing on their romance.

Romancing Mister Bridgerton (2002) sees Colin returning to London after his travels and appearing to see his longtime friend Penelope in a new light, even though she’s very much a spinster now.

Colin is fed up of Lady Whistledown’s supposed preoccupation with him but he will soon learn more about the gossip columnist as Penelope’s secrets come out. 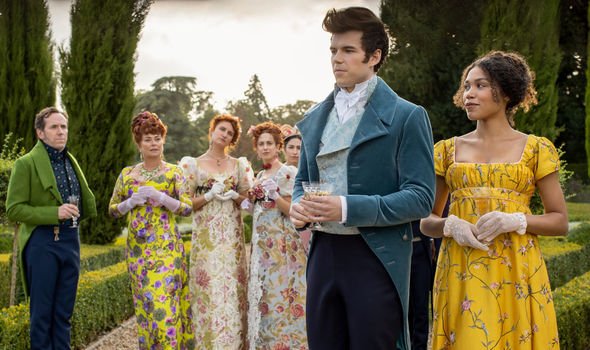 Penelope will also learn things about Colin which could affect how she seems him and whether she could be with him.

Derry Girls actress, who plays Penelope, revealed in preparation for starring in Bridgerton she read the fourth novel which focuses on her character.

After landing the part of Penelope, she went back and started to read the other novels in the book series.

She said of auditioning for the Shondaland and Netflix series: “Well, it was mad, actually.

“Because when I first got the audition, I think I had a day to prepare. There was no chance to read the novels in that time.

“But also, I so did not expect to get cast. I thought, when you hear a Shondaland Netflix show, that made me think, ‘Oh my god, that’s gonna be months of auditions. It’s gonna be painful. I’ll never hear back.’”

Adding to Decider: “But I actually just did one audition with a casting director, and then got offered the role two weeks later. It was a total shock to me.”

The rest seems to be history with the actress now firmly a fan of the books as well as the show.

On Penelope’s unrequited love, Coughlan said: “[I] think she’s been in love with Colin since she was a little girl.

“She saw him fall off a horse and her heart just burst into a million pieces. There’s no one else for her, really.”

Bridgerton is streaming on Netflix now