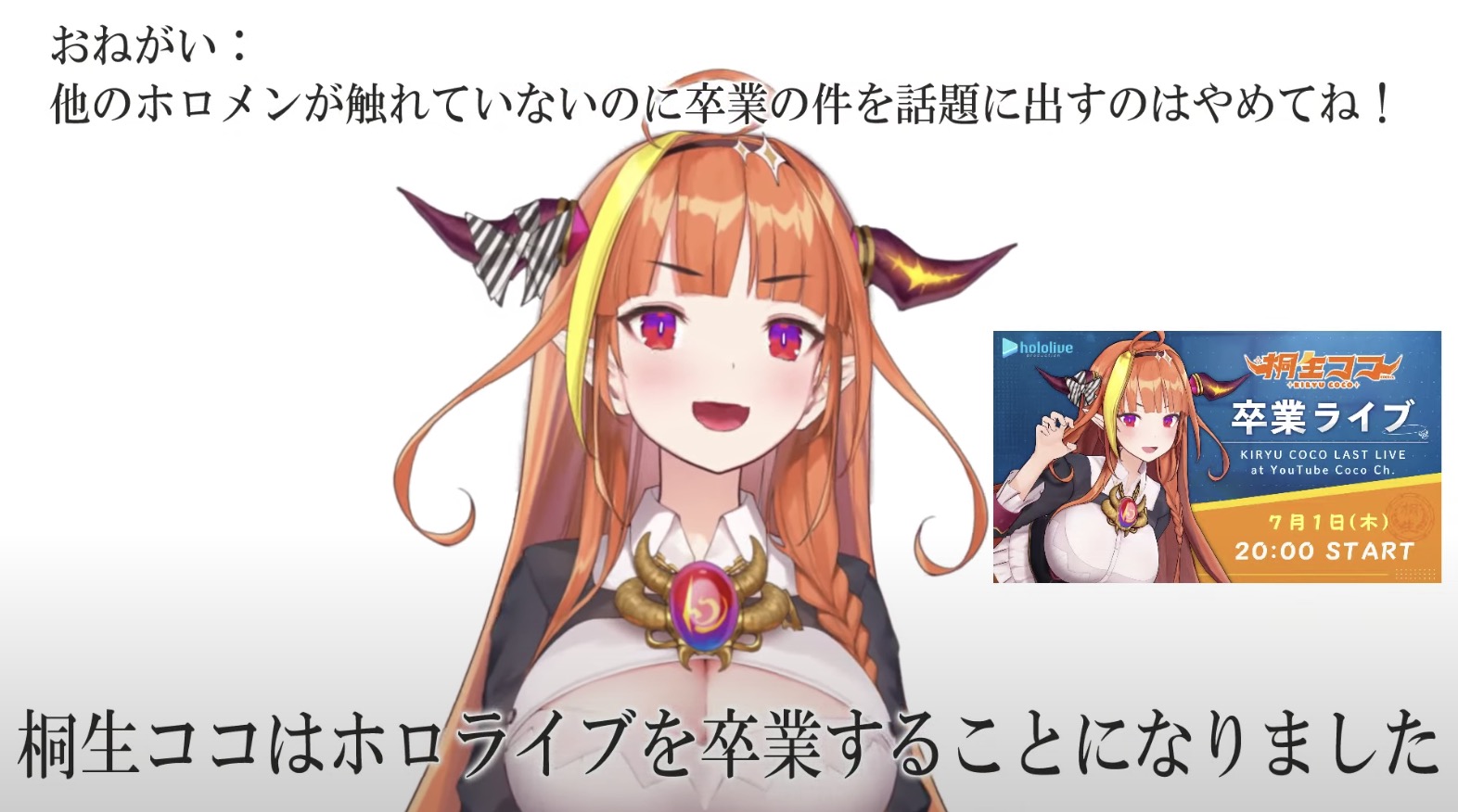 Why is Kiryu Coco leaving Hololive?

Kiryu, an enormously popular bilingual VTuber, announced her graduation from Hololive in a reveal published on June 9.

A VTuber is a virtual YouTuber.

“The reason involves a lot of things I can’t talk about,” Coco, who appears at times in the form of a dragon, said in a video posted to her channel.

“So you won’t hear anything from me. I know that’s hard to accept.” 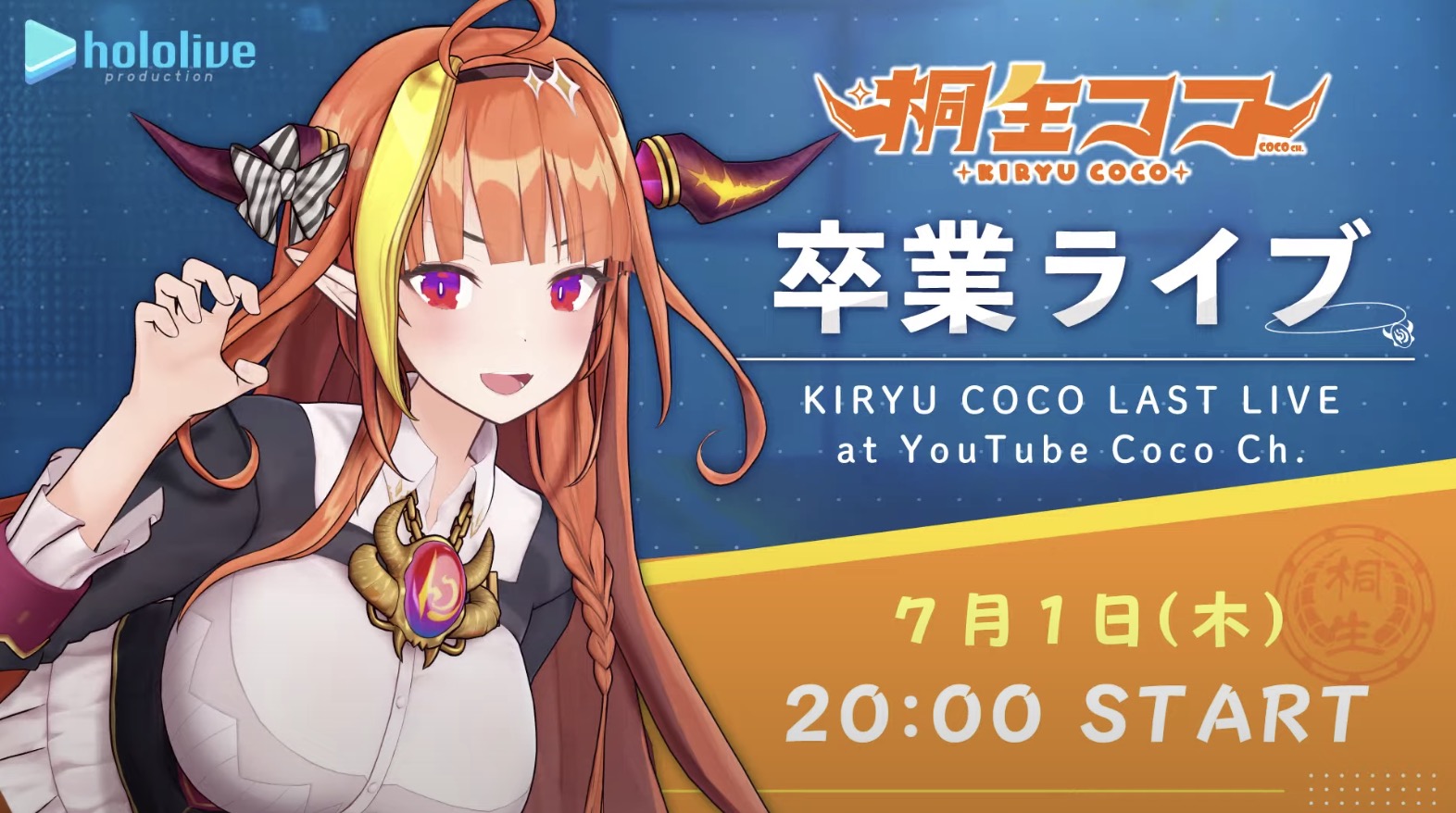 Her graduation stream video is scheduled for July 1.

She "reminds fans to remember to unsubscribe from her membership, since YouTube will continue to take money," according to Siliconera.

"She has also requested that fans not ask other Hololive members about her departure, as she does not wish for fans to crowd their stream chat with questions.

"Lastly, she wishes for everyone to remain positive, stating that as a dragon, she will continue to shine on."

Kiryu launched in December of 2019.

She is part of Hololive’s fourth generation, along with Kanata Amane and Towa Tokoyami, according to Siliconera.

Her content will be available for three months following her graduation.