The show that premiered in the 1990s featured teams of children who participated in challenges. 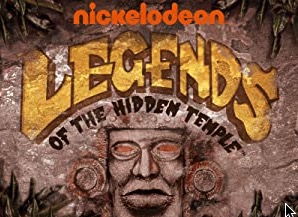 What is Legends Of The Hidden Temple?

Legends Of The Hidden Temple aired on Nickelodeon from 1993-1995.

The show assigned kid contestants to groups who then competed in physical and mental challenges in hopes of winning prizes.

The elements of the show were inspired by the video game The Legend of Zelda as well as the Indiana Jones film franchise.

Since its cancellation, Legends Of The Hidden Temple have inspired movies, games, Halloween costumes, and more. 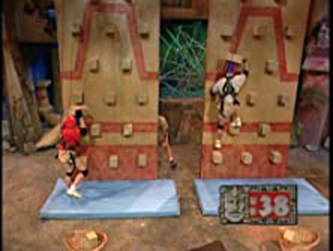 Is Legends Of The Hidden Temple getting a reboot?

The CW announced in May 2021 that the network would be airing a reboot of the legendary 90's show.

The reboot was originally set to air on the short form content platform Quibi, which shut down in December 2020.

While the Nickelodeon show drew an audience mostly comprised of children, the reboot will be aimed at adults. 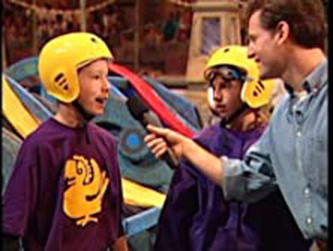 How will it compare to the original?

While the reboot has a new target demographic, it will be using many of the elements and ideas from the original series.

The team names of the contestants will remain the same. Fans may remember the Blue Barracudas, Purple Parrots, Orange Iguanas, Red Jaguars, Green Monkeys, or the Silver Snakes.

Many of the elements of the challenge will also remain the same including “Olmec,” the giant talking Mayan head, the “Moat Crossings,” and “The Steps of Knowledge."

However, challenges and rewards will grow as the show moves out of a studio into a "mysterious jungle."

The challenges and rewards will mostly change to fit the older demographic of contestants.

The CW has not announced a premiere date for the revival yet.