Colin Brazier continued to step in for Andrew Neil tonight and opened his show by asking viewers whether character still matters in public life following the resignation of former Health Secretary Matt Hancock. However, viewers of the new news channel hit out at the broadcaster and took to Twitter to blast Brazier for kicking off his weekday show by discussing the Hancock scandal.

He said: “We British loathe hypocrisy. And that’s why, if Matt Hancock, wherever he is tonight, is calculating how long he has to wait before a return to front-line politics – then he’d best throw away his calculator.

“There is no way back. Whatever credit he had with parts of the British electorate is spent and is wholly irrecoverable.

“By ordering us not to hug our dying grandparents, even as he was groping his mistress, Hancock made dupes of us all.

“But he deceived one person especially. His presumably soon-to-be ex-wife Martha, dignified in her silence, at least so far, but deeply wronged nonetheless.” 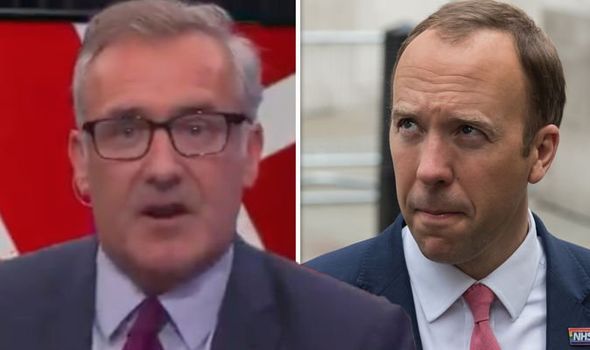 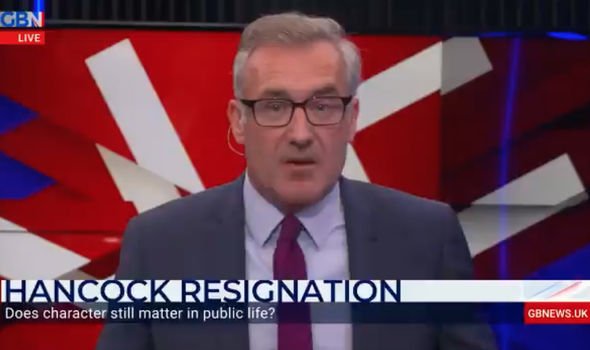 “Is his infidelity any of our business? We’re told nobody wants a return to Victorian prudishness or priggishness,” he continued.

“There is no market for John Major’s ill-fated Back to Basics.

“Indeed, on Friday morning – with the Sun’s front page still ricocheting around Whitehall and Hancock yet to resign – one cabinet minister told me we no longer live in a world where private lives are played out in public.”

“On one level that’s true,” Colin said. “The days, for instance, when Tory Cabinet hopefuls had to pretend to be straight when they were in fact, gay, are long gone. Undeniably a step forward. 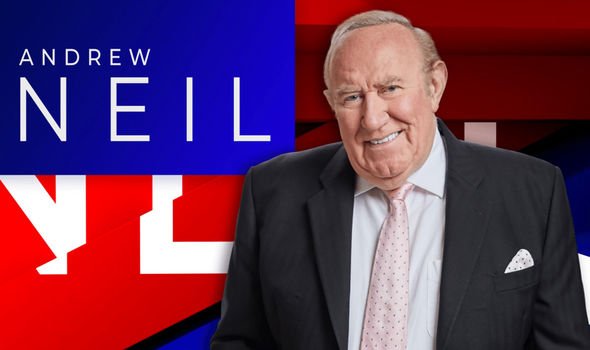 “But is there any value in the idea that character still matters in public life?” Brazier said.

“Are we entitled to ask a simple question, if someone is prepared to cheat on their spouse, are they more likely to cheat on us – the electorate.”

One wrote: “For god’s sake give it a rest he’s gone now you’re no better than STV and BBC you’re not different at all.”

Another said: “Oh FFS move on. He got caught, fussed up, and resigned. There is not a lot of mileage left in this story. Yes Character matters, and it seems they all claim to have it until they get caught.” (sic).

“The real story should be who and how placed a spy camera in a Secretary of State private office and then sold the images to a grubby tabloid, GB news is going the same biased way as Sky and BBC,” a third wrote.

A fourth added: “Yaaaaawwwwwwnnnnnn give it a rest and move on……… Honestly, this channel is turning out like all the rest.”

However, someone else shared: “I supported Hancock throughout the pandemic. He had an incredibly tough job and he did it – under unprecedented circumstances – rather well. But the British won’t abide hypocrisy, and setting rules for us that he wasn’t willing to follow himself is unforgivable.”

What is happening where you live? Find out by adding your postcode or visit InYourArea

“That’s the hypocrisy and what is unforgivable about his behaviour in these circumstances. It’s not the usual Paddy Pantsdown indiscretion,” another remarked.

Meanwhile, Brazier’s Viewpoint continued with a reflection on the comments the Bishop of Manchester made on GB News yesterday.

The Bishop said: “I’m more worried about the fact [Hancock] failed to keep to social distancing than I am about the fact that here was a middle-aged bloke having a bit of a fling.”

Brazier added: “Christianity’s all about forgiveness. But “a bit of a fling”. I’m not sure all the Bishop’s parishioners feel that way, but then the Anglican hierarchy long stopped listening to them. I can tell you one thing though: I’m not sure Matt Hancock’s children consider their father’s fall from grace to be a bit of a fling, nor perhaps in time his electors in West Suffolk for that matter.”

Colin Brazier is stepping in for Andrew Neil on GB News weekdays at 8pm.