All 900 staff at a chicken factory that was closed by a coronavirus outbreak have been ordered to self-isolate while they’re off work – or risk losing their pay.

Management at the 2 Sisters plant, in Coupar Angus, issued the ultimatum as the number of positive coronavirus cases linked to the factory rose to 152, including 134 employees and 18 of their community contacts.

The army was called in to test the company’s workers last week after 15 staff initially tested positive for the disease.

The company has been in talks with union officials and the Scottish Government about how to pay staff while the factory remains shut.

Employees were told on Monday night that they will get paid in full – but only if they stay in quarantine. 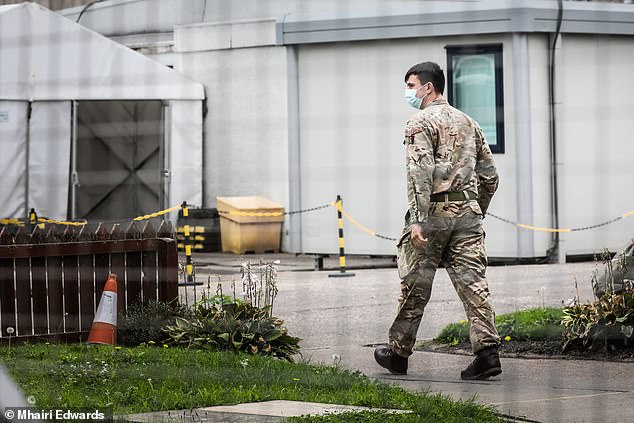 Messages sent from site director Brian Glennie said: ‘The leadership team has decided that all colleagues will receive 100 per cent pay for the period they are required to self-isolate.’

He said he was pleased the Scottish Government had agreed to support the firm and ‘recognised the acute pressures closure has brought.’ 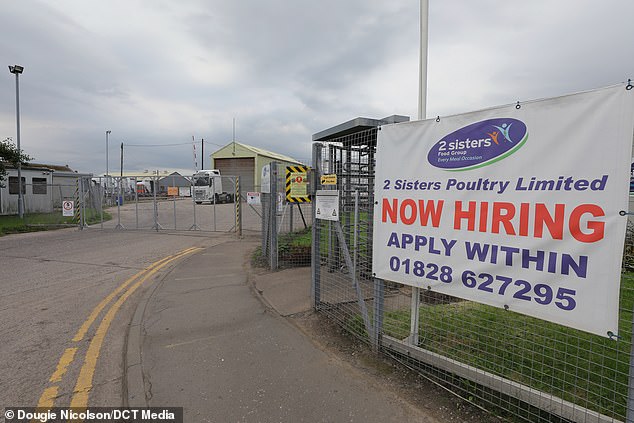 The factory (pictured) was closed on Monday morning and is expected to remain shut for some time. Workers have been told to stay at home and self-isolate until August 31

They could also get their pay cut if they don’t return to work when the site re-opens.

‘These measures are designed to prevent further spread of the infection in the local community, so I ask for your full co-operation,’ Mr Glennie said.

There had been concern that the stay-at-home message was not getting through to everyone at the factory, where a total of 17 languages are spoken.

Over the weekend, police have been dealing with reports of sightings of factory workers out and about in the local area. 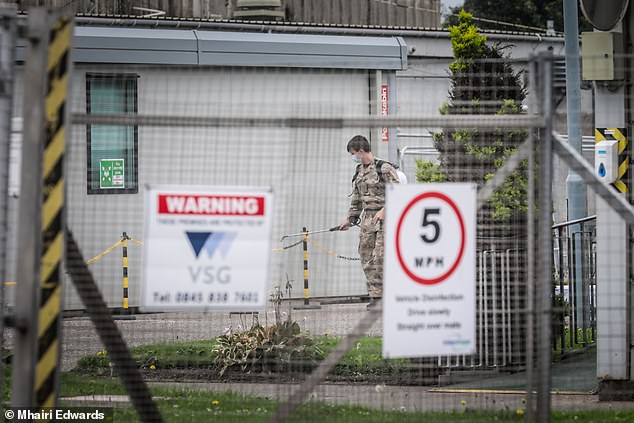 Staff have been told the only reason they – or the people they live with – can leave their homes is to get a test.

Scotland has so far seen 19,877 positive cases of coronavirus and some 2,492 deaths.

First Minister Nicola Sturgeon confirmed at her daily briefing that there was no evidence of widespread community transmission from the outbreak.

The Courier understand this has prevented the need for tougher restrictions, such as the measures imposed in Aberdeen.

Restrictions were placed on travel and visits to other households as Aberdeen was put back into lockdown on August 5, after coronavirus cases doubled in 24 hours.

Two Aberdeen football players were amongst those who tested positive for coronavirus amid the spike of infections, after flouting team rules to go to a bar on August 1. 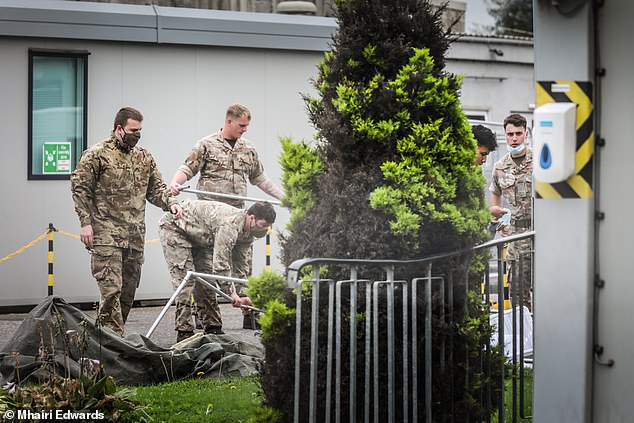 Soldiers from the army prepare to construct a tent on site at the 2 Sisters chicken factory in Coupar Angus, Scotland, where they will test 900 factory workers for coronavirus

The Soul Bar, which the players had attended, was identified at being at the centre of a cluster of coronavirus cases in Aberdeen, leading Scotland’s First Minister to extend the lockdown in the middle of August.

But yesterday the five-mile restriction on non-essential travel and the ban on indoor gatherings will end in a partial lifting of lockdown regulations.

Latest figures show a total of 427 cases were identified in the Grampian Health Board area since 26 July, with 259 of these cases being associated with the cluster linked to Aberdeen pubs.

The George Street site is closed until the end of the month, and all staff and everyone else in their households – including children – have been told to isolate, even if they test negative for the virus.

Council crews have delivered more than 700 food parcels to workers in their homes across the Perth and Kinross patch.

Local authority leader Murray Lyle said: ‘The fact that there has been no evidence of a transmission into the community is very important, and that’s the reason why we are not facing a lockdown like the one in Aberdeen. 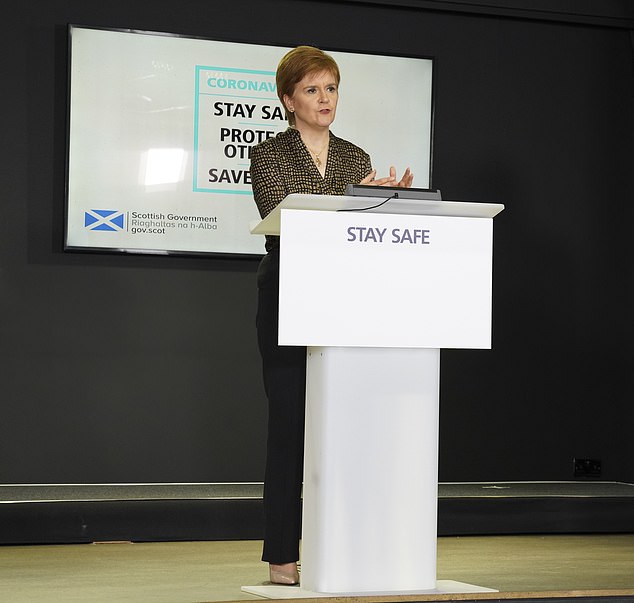 Mr Lyle revealed that the council’s chief executive Karen Reid called for the factory to closed on the night of Sunday, August 16, after the first handful of cases was detected.

Mr Lyle said sightings of staff workers outside their homes reported to the police appeared to be ‘misunderstandings rather than anything more nefarious’.

In the past week, nearly 3,500 tests have been carried out across Tayside, with 1,000 of these at two temporary units set up especially for factory workers in Coupar Angus and Dundee.

Dr Emma Fletcher, Associate Director of Public Health for NHS Tayside, said: ‘Today’s increase in numbers was anticipated by the team managing the outbreak as the high volume of contact tracing, which was under way over the weekend, has now been largely complete.

‘We are seeing fewer, new cases today for follow-up, however detailed contact tracing continues and we remain in a high state of vigilance across Tayside.’

Local Chief Inspector Graham Binnie said on Monday: ‘No direct reports have been made to police, however we are continuing to monitor the situation and any potential community tensions.

‘We are well aware of the impact and harm this kind of behaviour can have on individuals and communities.’