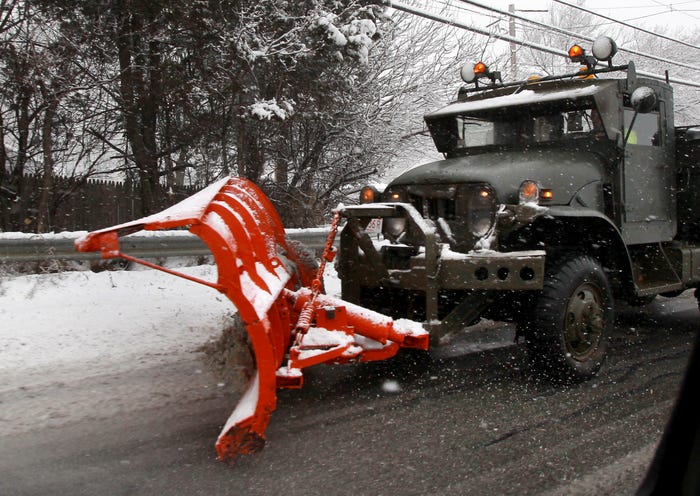 A snowplow driver in California was driving on a remote stretch of highway north of Yosemite on Monday when he discovered two dead bodies on the side of the road, the Mono County Sheriff's Office said.

The bodies, which were found near California's border with Nevada, have been identified as Burbank, California, couple William Adrian Larsen, 35, and Yesenia Larsen, 30, authorities said.

The discovery on Monday closed Highway 395 for 19 hours while law enforcement investigating the suspected homicides worked the scene, the Record-Courier reported.

A spokeswoman for the Sheriff's office told the LA Times that she couldn't confirm whether the couple had been dumped at the scene, but said she was "pretty positive" they were killed where they were found.

In 2018, police charged the couple with possessing and intending to deliver 84 pounds of marijuana and about 1,200 vape cartridges filled with a liquid containing THC, GoErie.com reported.

In the video, Stefansky's mother said her son left Redding in June to drive to a $400,000 marijuana transaction in Carson City, Nevada, and never arrived or had been seen since.

Sharpe said she hired a private investigator who identified William Adrian Larsen and another man as the people that Stefansky was supposed to meet.