ALEXANDRA SHULMAN’S NOTEBOOK: Help! The big lockdown has left me bulging at the seams

My chief hope is for as many people as possible to survive this pandemic. My second ambition is that I don’t emerge at the end of it much fatter than when I went in.

The odds are not good. Carb-laden store cupboards, less movement and nothing much else to do but eat. Never has dinner been such a highlight of the day.

Since we aren’t supposed to be going out for supplies any more often than is strictly necessary (and it’s unclear what strictly necessary means here), there are ten packets of various pastas taking up shelf space in the kitchen, and I’ve even made a diary entry of when our local Italian deli is expecting more deliveries.

Then there are all the tins and jars of healthy-sounding things like lentils and chickpeas – the grand illusionists of the diet world, which pretend not to be fattening but are. 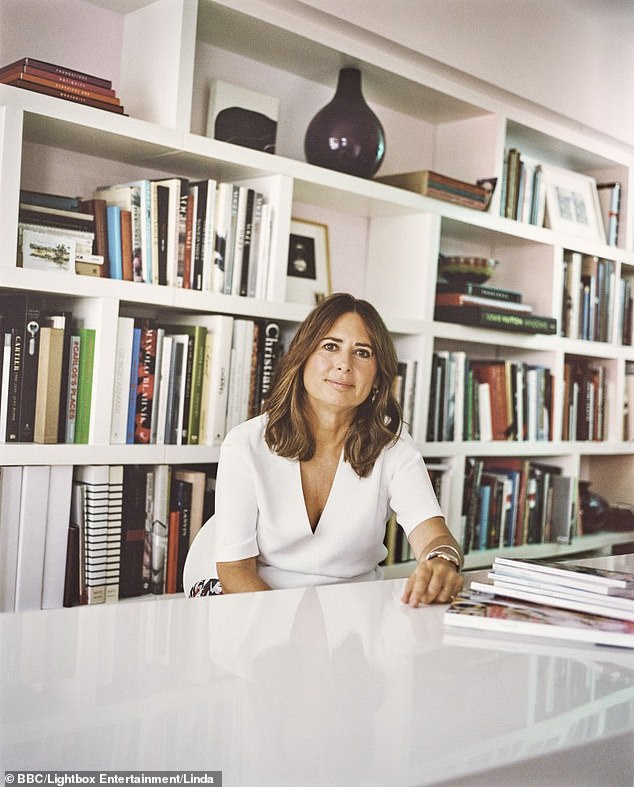 Pictured: Alexandra Shulman who was the longest ever editor of British Vogue

Despite these being firm favourites of the clean-eating brigade (who are almost all skinny), my one excursion into veganism a few years back proved that man cannot stay trim on lentil stew and chickpea bake.

Fresh vegetables, which in calorie terms are water in brilliant disguise, are, of course, more vulnerable to the ageing process and harder to keep in stock.

We’re racing through ours, treating any sortie to get replacements rather like Captain Oates’s departure from his tent in Antarctica – ‘I may be some time…’ – a point that can be made both in terms of the queues and potential contagion.

Not wishing to gain weight is no trivial matter. It’s not up there with fears about how to pay the bills but there is little as depressing as knowing that, however much you breathe in, that zip that used to slide easily now gets stuck halfway up.

Even those of us who are taking advantage of being allowed out for a daily exercise must surely be moving less than we did in ‘normal’ life.

My walk to work (from our bed and my desk), the lunchtime detour via the kitchen table and then a walk back to the desk can’t remotely compare to how much I would move about previously during a day.

Even if that was just nipping out to the local post office, and then out again because I’d forgotten to buy some cheese or had to collect cat food.

I know some lunatics have run marathons in their back gardens but as I watch my partner David pacing around ours again and again in a bid to exercise in a totally safe space, I worry that the most likely outcome is his getting violently dizzy. 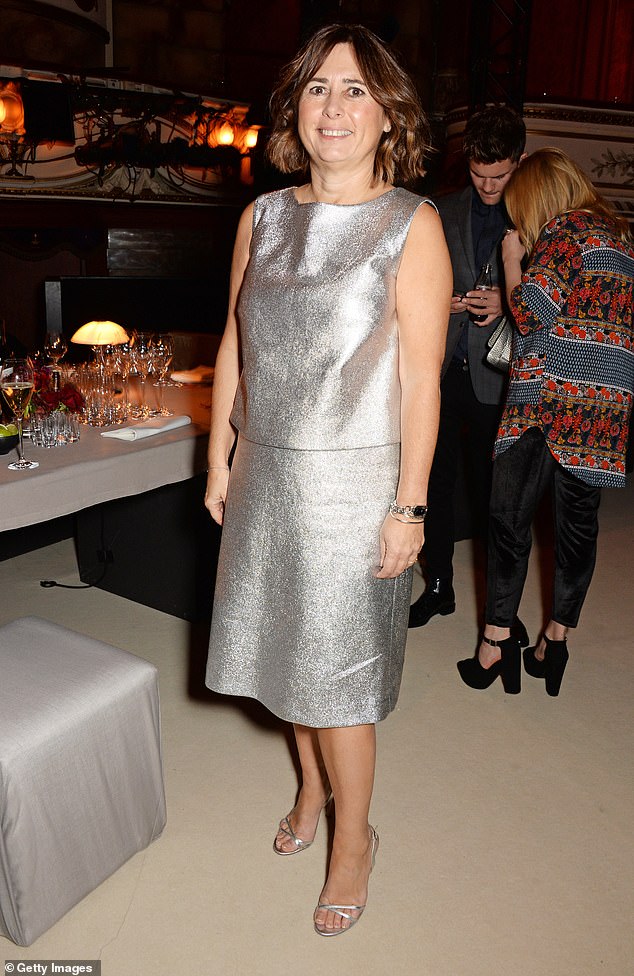 Alexandra Shulman attends a drinks reception at the British Fashion Awards at the London Coliseum on December 1, 2014 in London, England

It’s no surprise that as the pounds threaten to pile on, so many people are giving into the more forgiving waistlines of loungewear – a more gracious term for tracksuits or your old pyjamas.

Now loungewear has been upgraded to being called WFH (Working From Home) wear, so no longer is it all about slobbing out and collapsing on the sofa with a glass of red, but being stylishly busy while confined to barracks.

In the end though, for many of us these chic-sounding categories are really designed to make us feel better about the reality, which is that we’re putting on comfy elasticated waist trousers because our waistline has expanded.

Why no one’s clapping in my posh street

I live in a mixed housing area – posh streets like mine next to housing association properties and nearby tower blocks.

At Thursday evening’s clapping for the NHS, it was noticeable that my road was almost silent. There was hardly anyone to be seen or heard, while around the corner there was a wonderful cacophony of banging and applause.

That wasn’t because my neighbours didn’t care but because they’ve all left for the countryside. History does not record whether they were clapping in the fields with no other house for miles around.

Would you feel your clapping counted if it couldn’t be heard by anyone else?

Want to impress me? Make a donation

Hedge funder willy-waving has a new appeal. Following on from billionaire Sir Chris Hohn’s generous donation of £2.4million for bedside hospital testing, hopefully others who are making multimillion fortunes out of betting against the market will do similarly. So much more attractive than competing over who’s got the biggest yacht and flies the most glamorous plane. Time to show off to us all that your fortune’s bigger than his by digging deep for good causes.

Solving the puzzle of jigsaw etiquette

Cvilisation is judged by our manners even when it comes to jigsaw puzzles. Jigsaws are a brilliant antidote to corona anxiety since they demand total concentration. But when it’s a joint enterprise, certain standards must be maintained. My rules of engagement: Don’t nab all the easiest bits to put together, leaving your fellows with the indeterminate sludge coloured mass down the left side to figure out. In your eagerness to find a particular piece, don’t flip over the ones that obviously don’t fit, leaving others to turn them back round again. And don’t slot in the last few pieces when you’re having an insomniac moment on your own. The final triumph should be a joint celebration.

Give it a month and we’ll all be naked!

IT’S curious so many women have decided that now they have only their nearest to see what they look like, it is the time to abandon their bras. I completely understand the pleasure of not wearing one since they are hardly the most comfortable of clothing and I managed to avoid them for years, until after the birth of my child. But the fact that I’m not going to be seen out and about won’t make me dump mine now. Not because I particularly like how they feel but if you follow that train of thought that these things don’t matter, what about knickers? How essential are they? Actually, what about clothes of any kind? Come the warmer weather in lockdown, will we all be discovering our inner naturist?

Could we embargo the use of ‘unprecedented times’? I think we are all aware of this now and don’t need to be reminded of it on repeat, as if such an observation is news.