AMERICA'S Covid cases have soared past 17 million after recording the deadliest day of the pandemic so far.

The John Hopkins coronavirus map showed the number topple over just after 11am on Thursday. 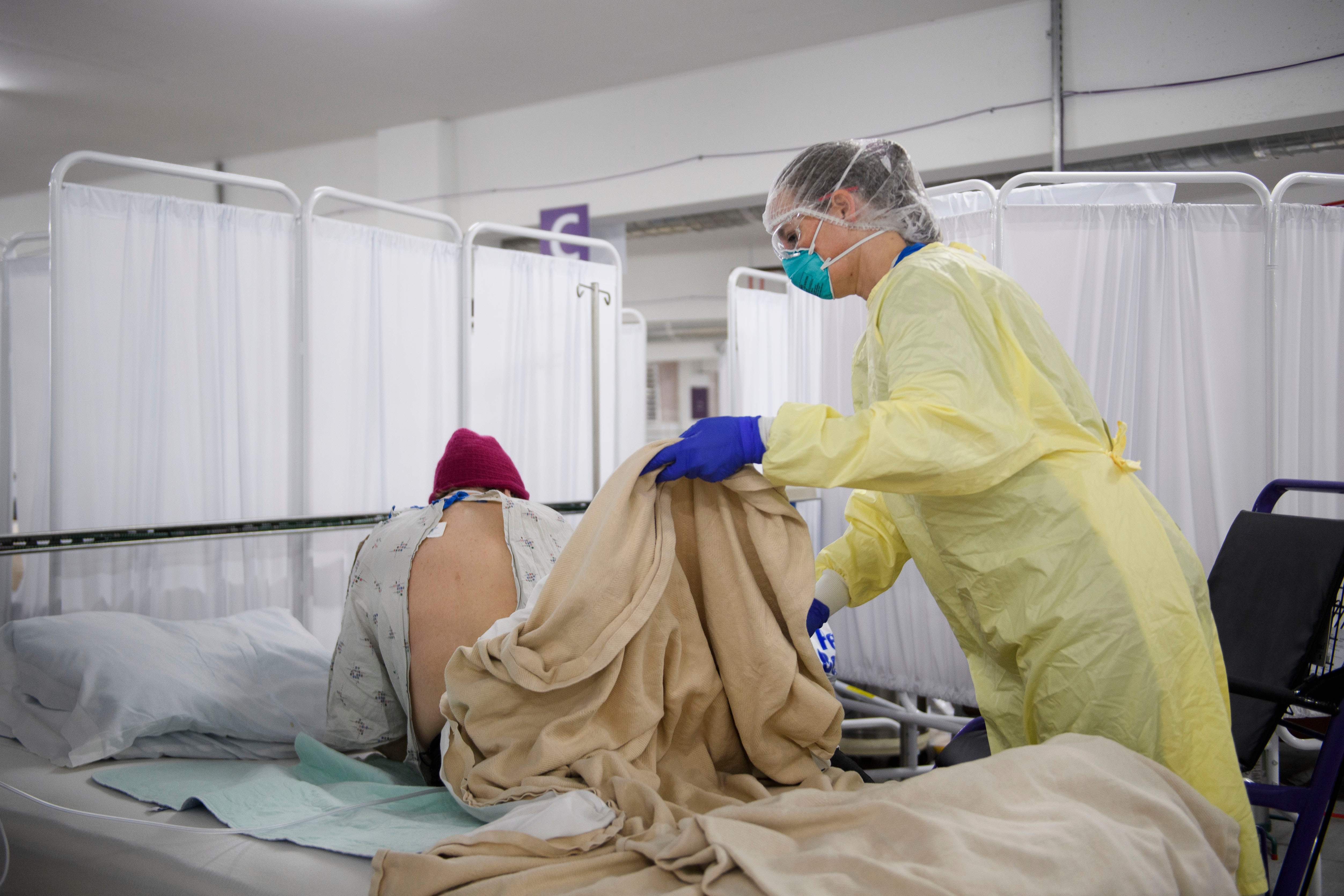 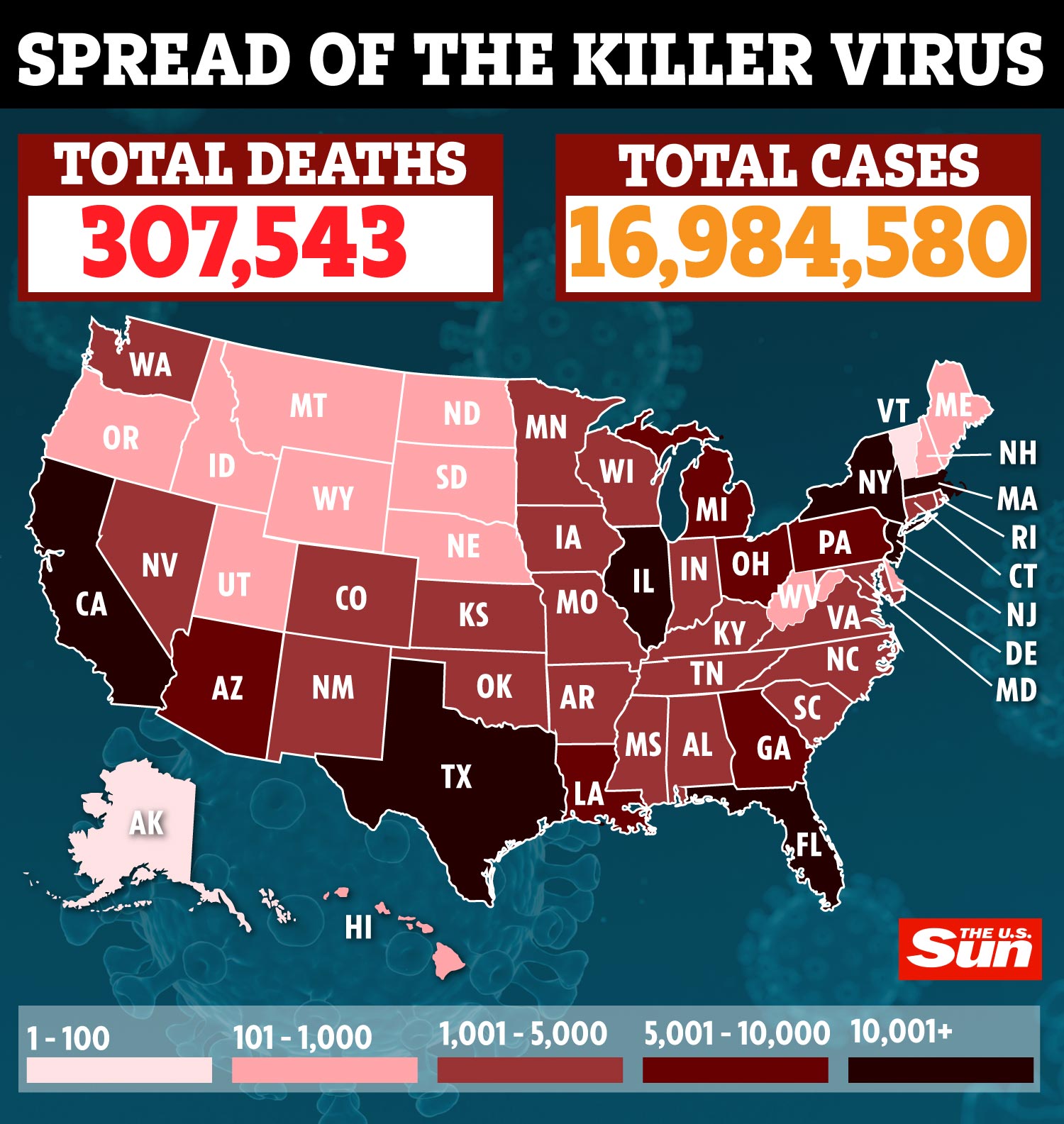 The worrying figure comes as American deaths reached at least 307,770.

In addition to the spike in deaths, the number of hospitalizations have reached 113,069.

More than 3,600 deaths were reported on Thursday – making it the fourth time the daily tally has exceeded 3,000 throughout the pandemic.

According to data from Johns Hopkins University, all four have occurred in the last week.

The news comes one day after the Centers for Disease Control and Prevention (CDC) Director Robert Redfield revealed his frightening coronavirus prediction on Thursday, The Hill reported. 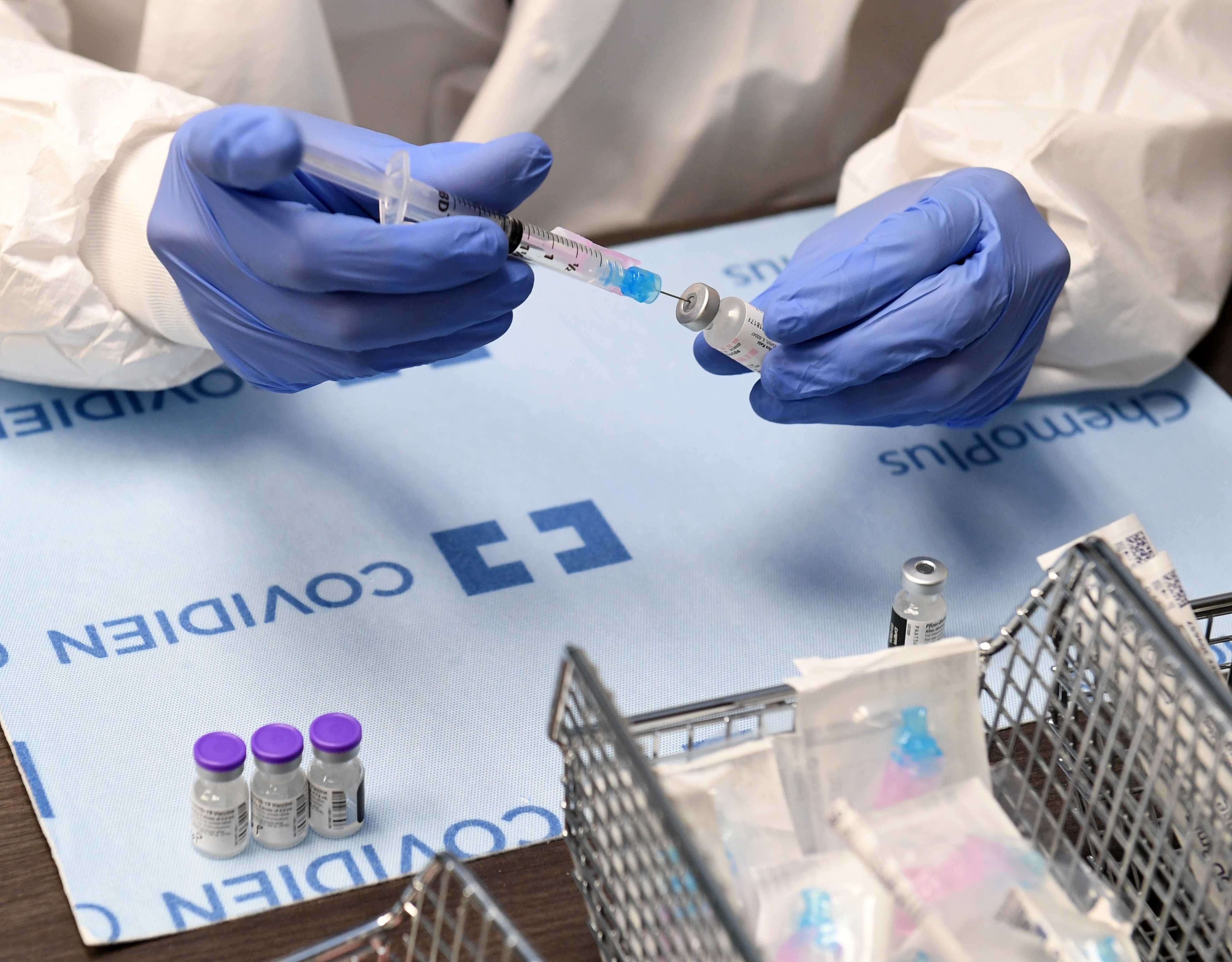 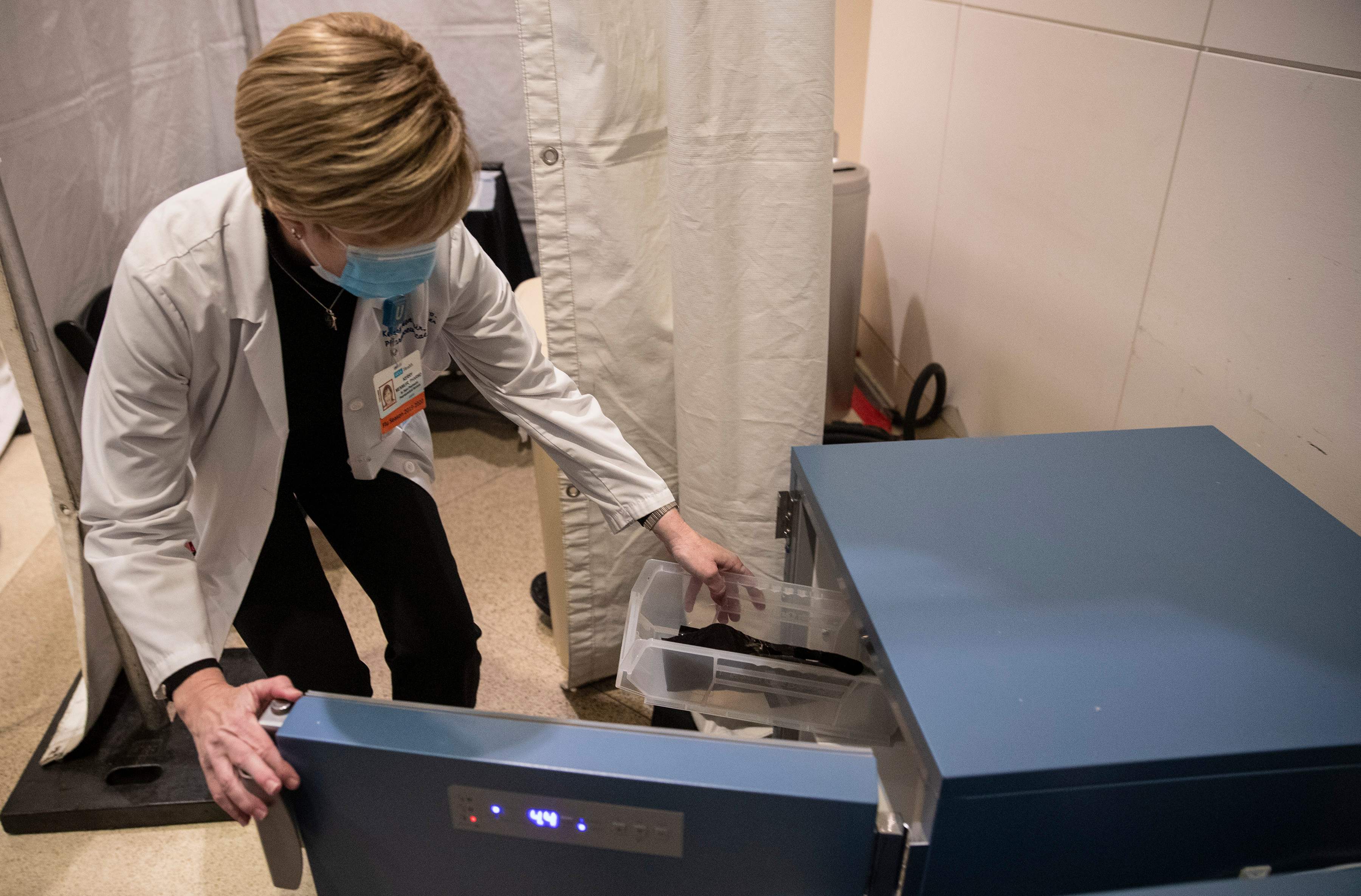 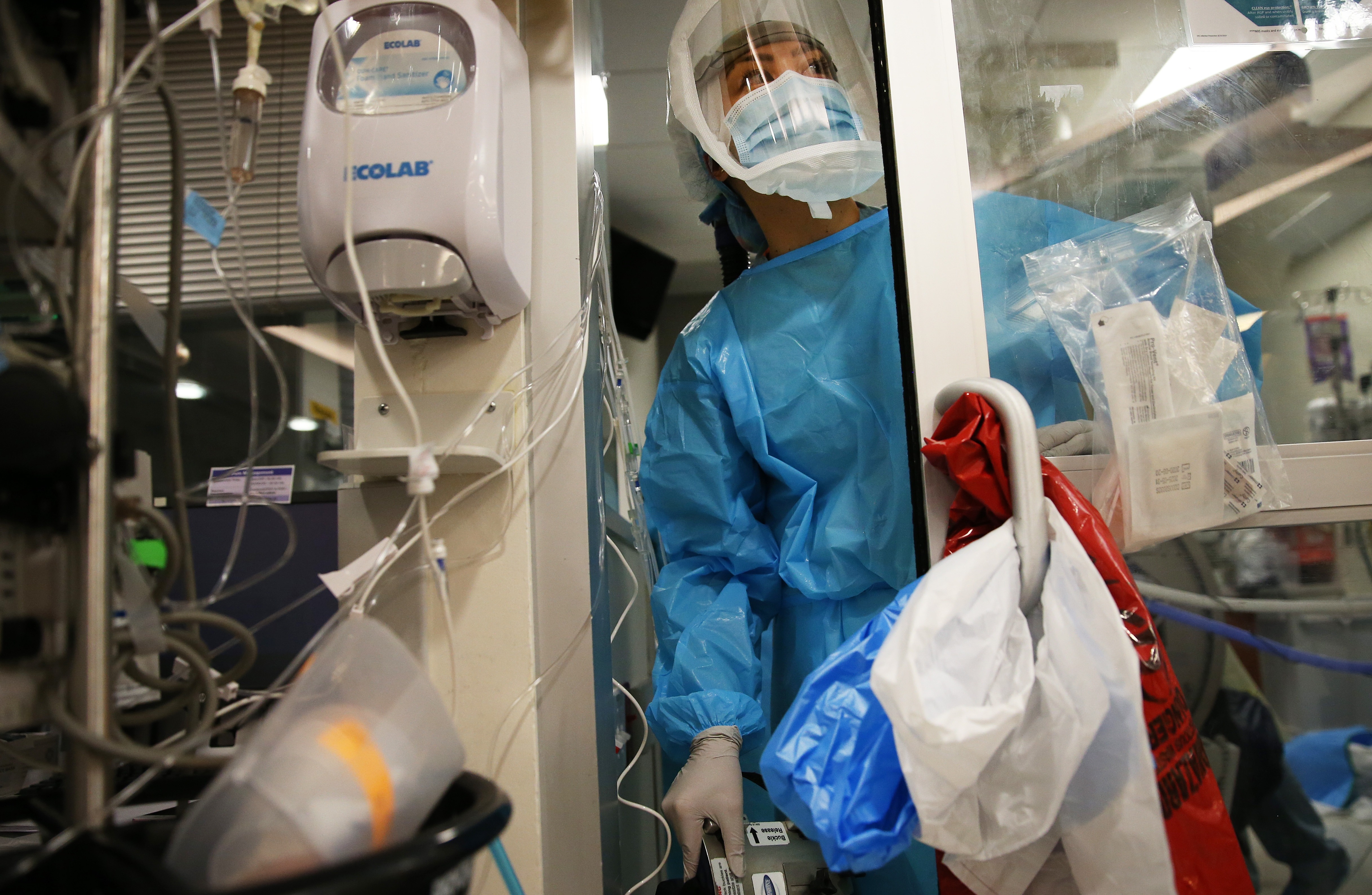 Speaking at a Council on Foreign Relations event, Dr Redfield said: "We are in the timeframe now that probably for the next 60 to 90 days…

"We’re going to have more deaths per day than we had at 9/11 or we had at Pearl Harbor."

As the coronavirus vaccine has emerged in the US, next week Pfizer is set to deliver approximately 900,000 less doses less than the amount planned to be distributed this week, according to reports.

The first shipment of 2.9million doses was set to be sent around the United States this week.

The FDA approved Pfizer's Covid jab for emergency use on December 11 – one day after scientists and medical experts on its advisory panel green lighted the treatment.

And the first to receive the vaccines were health care workers and nursing home residents.