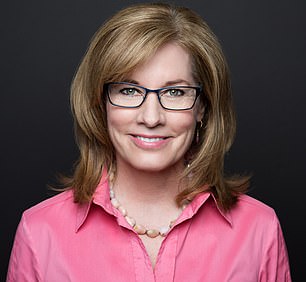 Data watchdog Elizabeth Denham is working from home – 4,500 miles away from her office

One of Britain’s most senior public servants has been working from home during the coronavirus pandemic – 4,500 miles away in her native Canada.

Information Commissioner Elizabeth Denham has been based on the other side of the Atlantic for the past two months, in a time zone eight hours behind her staff in London.

The £180,000 per year official, who is responsible for data transparency and privacy, is not due back until next month and faces the possibility of having to quarantine for 14 days.

She is reported to have returned to Canada to help her mother after she was injured in a road accident.

It came as it was revealed just one in seven civil servants at the ministry reporting directly to Boris Johnson have returned to the office.

The number of employees back at the Cabinet Office could even be as few as one in ten, a Freedom of Information request by the Daily Mail disclosed.

Her office insists Miss Denham is working as normal, having lived in Canada since June. But industry experts are calling on the data watchdog to resign.

Consultant Tim Turner, who revealed her whereabouts in a blog post, pointed out that her absence has coincided with a number of data protection issues such as the A-level grade algorithm and the test and trace app.

He said: ‘This is a time for the commissioner to be completely on top of data protection regulation in the UK.

‘At a time of crisis and uncertainty, Elizabeth Denham has abandoned her staff with no formal plans to return.’

Her office said last night that Miss Denham, pictured, will ‘work from her home in the UK from 7 September’.

An FOI response did not reveal where in Canada she was living but confirmed she was in the Canadian Pacific Time Zone, which includes parts of the province of British Columbia and the Northwest Territories, plus the whole of the Yukon. 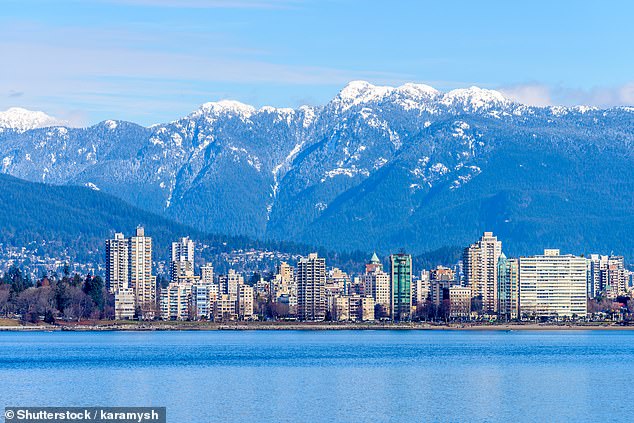 An FOI response did not reveal where in Canada she was living but confirmed she was in the Canadian Pacific Time Zone, which includes parts of the province of British Columbia (city of Vancouver pictured) and the Northwest Territories, plus the whole of the Yukon

On August 4, around 10 to 15 per cent of staff at the Cabinet Office travelled into work, the Mail revealed.

This woeful total comes despite pleas from the Prime Minister for people to stop working from home in a bid to boost the economy.

It follows fears that city centre shops and restaurants – which rely on footfall from office workers – face ruin if more employees do not return.

Last month the Mail revealed that just one in five of the 430,000 civil servants had returned to work by the end of July.

Critics say that unless Whitehall officials start to return, it will be hard to persuade the general public to go back.

Now we can reveal that the situation is even worse at the Cabinet Office – which contains more than 8,000 civil servants responsible for supporting the Prime Minister and the Cabinet.

The department includes employees working for Mr Johnson in No 10 but the Government said the number of staff at work in Downing Street was much higher than the Cabinet Office average.

In its response to the FOI request, the department said as of August 4 ‘between 864 and 1,297 Cabinet Office staff are currently working in the office’ which ‘equates to between 10 and 15 per cent’.

The Mail also asked when all staff will be back in, to which the department replied: ‘We are consulting closely with employees and we are ensuring our workplaces are Covid-secure. We cannot confirm dates at this time.’

Dominic Cummings told aides last month that it would not seem right if Mr Johnson was calling on voters to return to work while his own officials were staying at home.

Despite this, on A-level results day a Mail audit found just 3 per cent of civil servants were seen turning up at the Department for Education.

Former Tory leader Sir Iain Duncan Smith said: ‘The civil service has got to lead the way. Getting back to the office is vital for the economy but if civil servants don’t, then other people can’t be expected to.’