An Arctic fox has been caught on camera staring at a photographer with its piercing orange eyes.

With its white fur coat, the animal perfectly blends into the snowy background apart from its intense gaze.

The moment was captured in the valley of Thorsmork in southern Iceland by Reykjavik-based British photographer Joe Hall.

The 32-year-old said: ‘It was a powerful moment, one which I won’t forget too quickly. The Arctic fox is like a ghost, especially in winter. It moves silently and can rarely be seen.’ 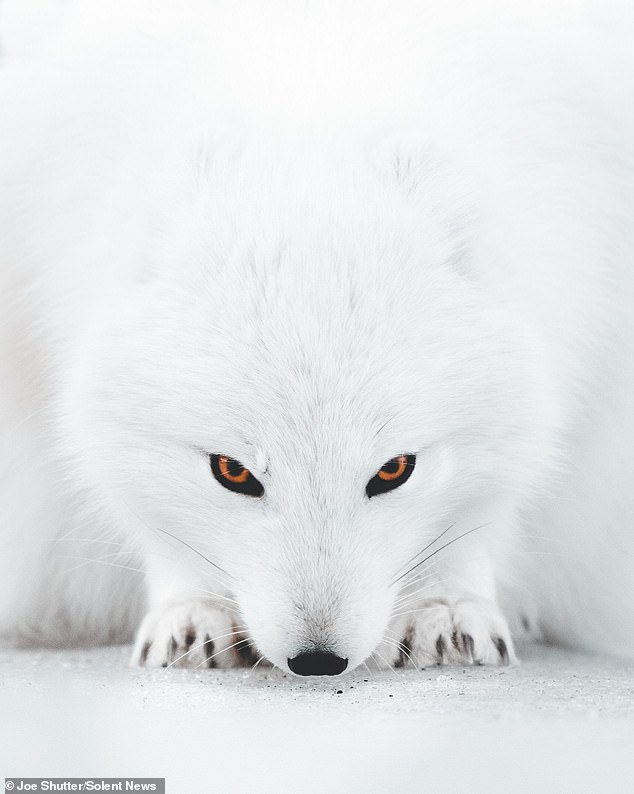 With its white fur coat, the Arctic fox, spotted in Thorsmork, southern Iceland by photographer Joe Hall, perfectly blends into the snowy background apart from its intense gaze