Art teacher, 46, who told pupil he had fallen in love with her is jailed for 30 months for kissing and groping her in his car

An art teacher who told a pupil he had fallen in love with her has been jailed for 30 months for kissing and groping her in his car.

Simon Shaw, 46, claimed he was ‘in love’ with the girl he kissed on two occasions and groped another two times, heard Portsmouth Crown Court in Hampshire.

The victim went to police in 2017, by which time she was an adult, after hearing Shaw was jailed for grooming another child at a different school, the court was told.

Prosecutor Paul Fairley told how Shaw ‘pulled her in for a hug and kiss’ and said ‘he loved her’ and he would ‘miss her more than the others’ when she left Cowplain School in Waterlooville.

Recorder Alexia Power, who sentenced Shaw to 30 months in prison, said the teacher then added: ‘This isn’t the end.’ 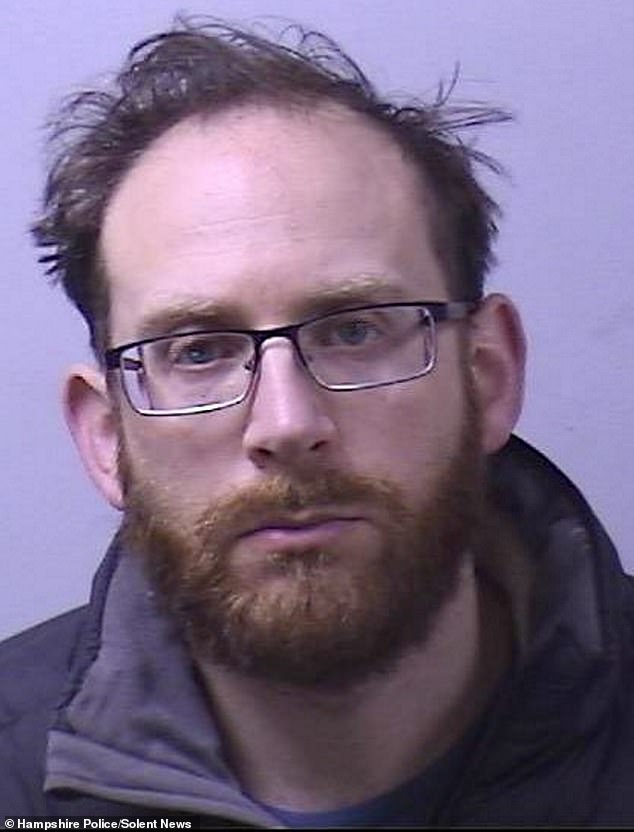 Simon Shaw (pictured above), 46, claimed he was ‘in love’ with the girl he kissed on two occasions and groped another two times, heard Portsmouth Crown Court in Hampshire

Shaw joined another school but saw the victim again sometime later when he visited former colleagues, taking her back to his car ‘to see a puppy he had brought to school with him’.

Kissing her in the car and touching over her clothes, he said: ‘You don’t know how long I’ve been waiting to do that.’

On the final occasion he stood behind the girl, touching her chest under her clothes and putting his hand on her inside leg.

The court heard that Shaw left the victim ‘uncomfortable’ after saying: ‘We could make love right here and now and nobody would know.’

When questioned by police years later Shaw, who now works in an art gallery, claimed he was ‘simply comforting her’ and she was upset.

Jurors rejected his claims of innocence, convicting him of four charges of sexual activity with a child.

In a victim statement, the woman said: ‘The grooming and assault have damaged my ability to trust, all meaningful relationships and respect for myself.

‘Sometimes even having a man near makes me feel uncomfortable.’

Berenice Mulvanny, defending, said Shaw had rebuilt his life in the years since the victim went to police, and he now has an ‘age-appropriate’ partner with whom he is trying for a child.

She said probation found him ‘predatory and manipulative’ but that in fact he ‘came across as pathetic and inadequate’. 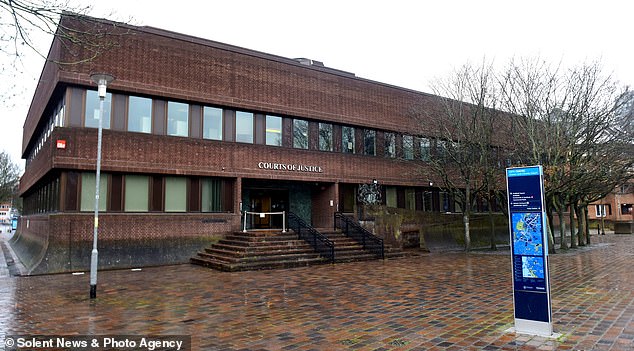 Shaw must sign the sex offenders’ register for life and is no longer teaching (pictured above: Portsmouth Crown Court)

In a letter to the judge at Portsmouth Crown Court, Shaw, who denied his crimes, said: ‘I wish to express how deeply sorry I am for all of the distress and upset I have caused.’

Recorder Power said Shaw sent messages to the victim making clear he was ‘in love with her but could not take the relationship further’.

He told her the age gap was the same between him and his parents, and sent her messages on Valentine’s Day and birthdays.

Previously, in 2017, Shaw was sentenced to one year in prison after admitting having sex with another child at a different school, Andover Education Centre in Hampshire.

Recorder Power said Shaw must sign the sex offenders’ register for life but added he did not present a significant risk to the public. He is no longer teaching.