AT least 19 people died and six were injured in a huge medical clinic explosion in Tehran yesterday.

The blast, triggered by a gas leak at Sina At'har clinic, caused an inferno which took two hours to put out and left 15 women and four men dead. 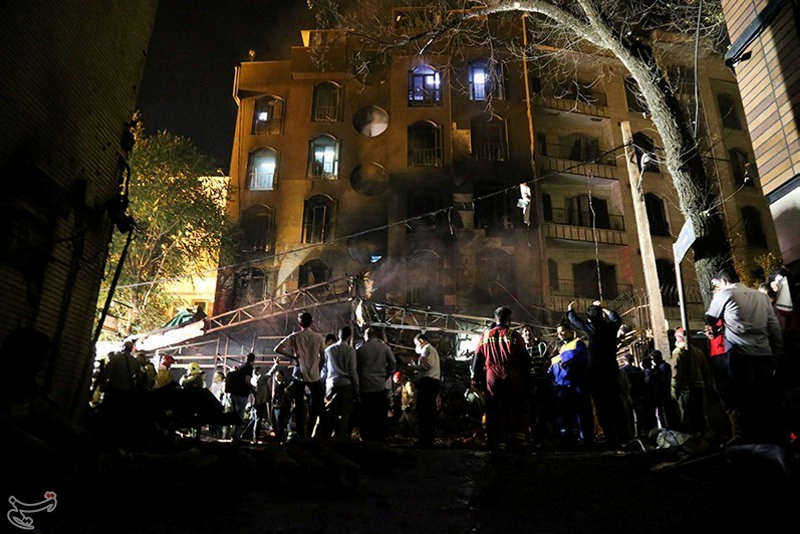 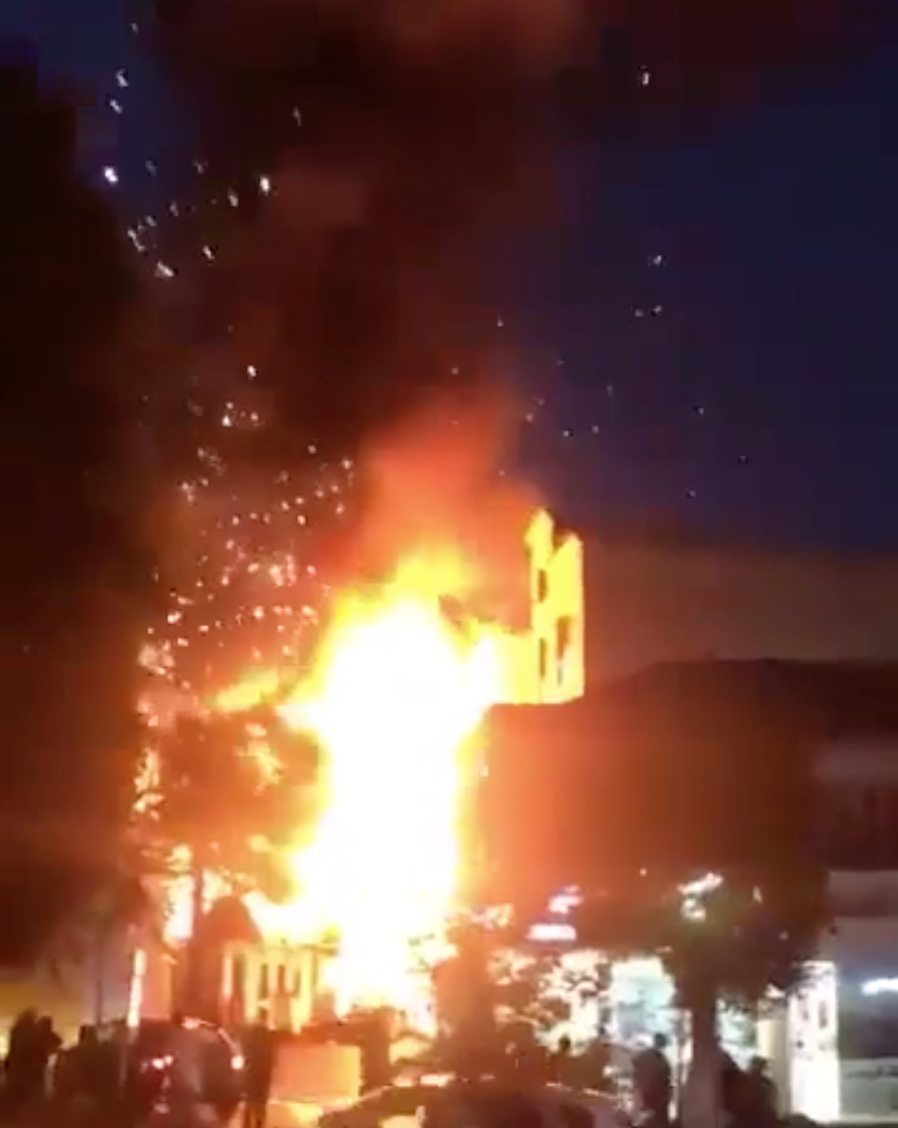 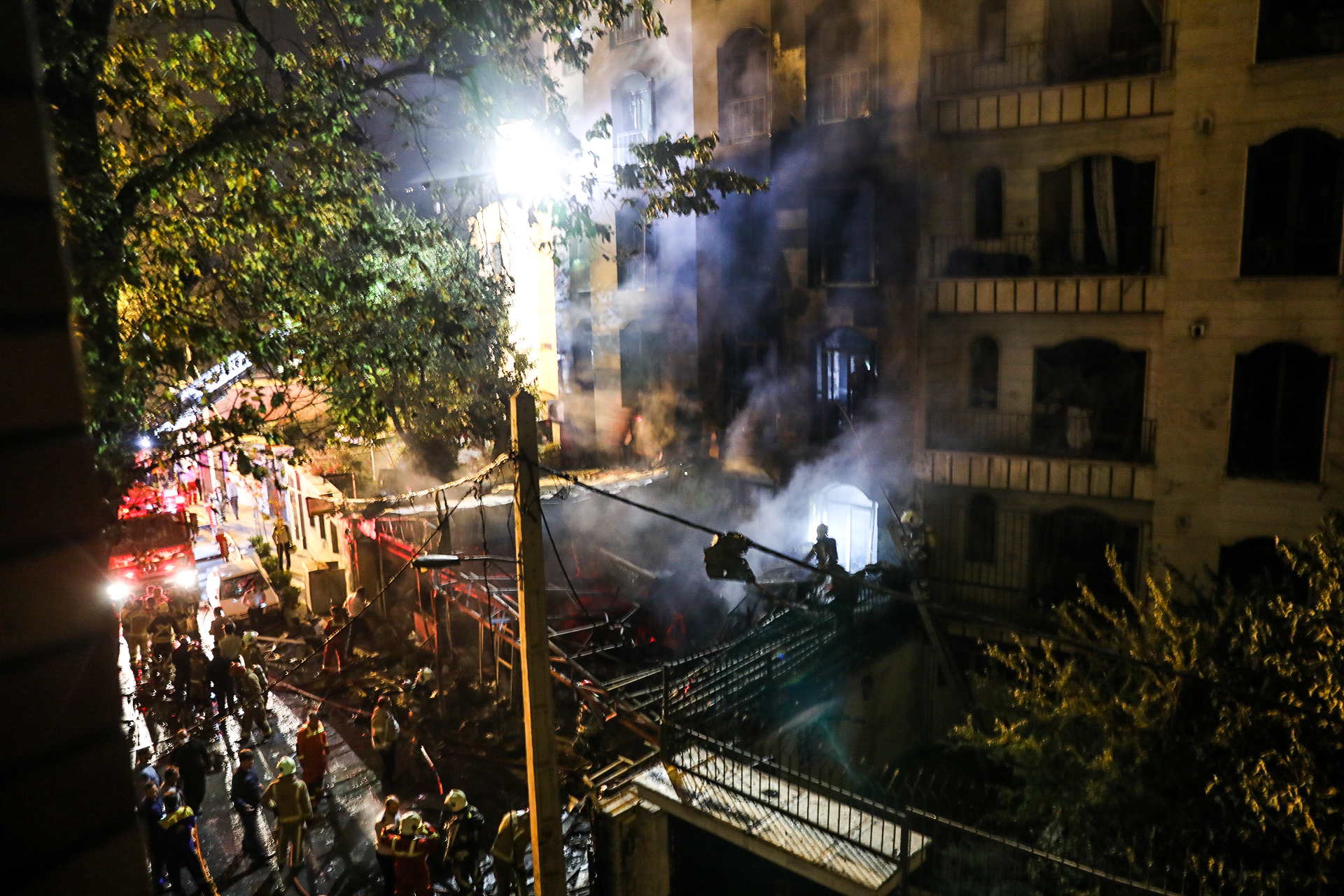 The fire service saved 20 people while six were hospitalised with injuries and two adjacent buildings were also damaged.

Some victims "were in upper floors in operation rooms, who were either patients being operated on or those with them," he said.

"They unfortunately lost their lives due to the heat and thick smoke."

The clinic, which had 25 employees inside at the time of the blast, primarily carries out light surgeries and medical imaging.

An Emergency Medical Services spokesperson said: "An explosion was reported at 20:56 (16:26 GMT) followed by a fire at Sina At'har clinic. Medical units were dispatched immediately."

Dramatic videos were shared online of the haunting scene.

One shows the raging fire engulf the building with thick plumes of black smoke escaping upwards.

Emergency service sirens are heard in the background with car honks and onlookers swearing as the blaze spits out.

Iran's supreme leader Ali Khamenei is yet to make a statement.

It follows an explosion at a sensitive military base near Tehran last week.

Iran's defence ministry confirmed on Friday the Parchin fire was caused by a gas leak and no one has been reported dead.

Parchin is a site suspected of having hosted conventional explosion tests applicable to nuclear power, which the Islamic republic denies. 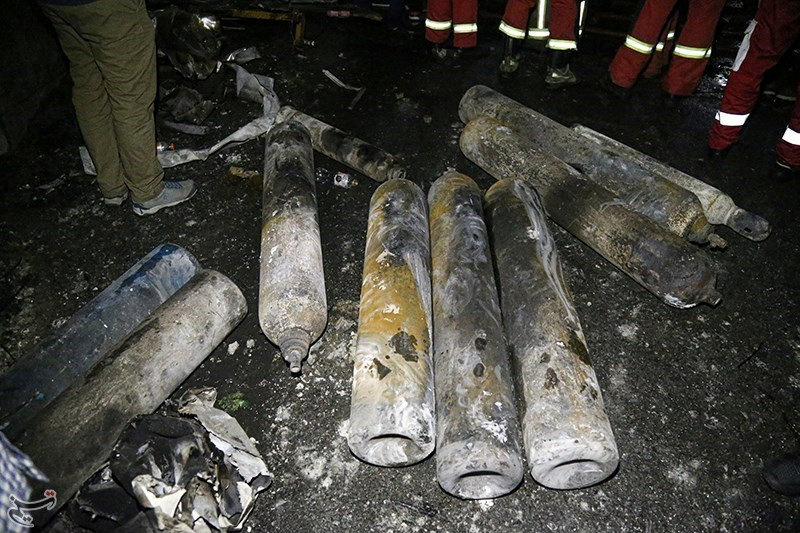 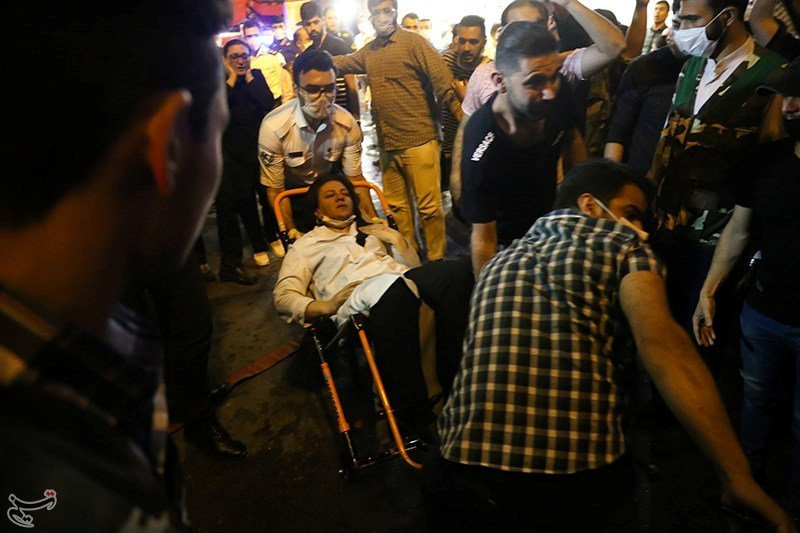 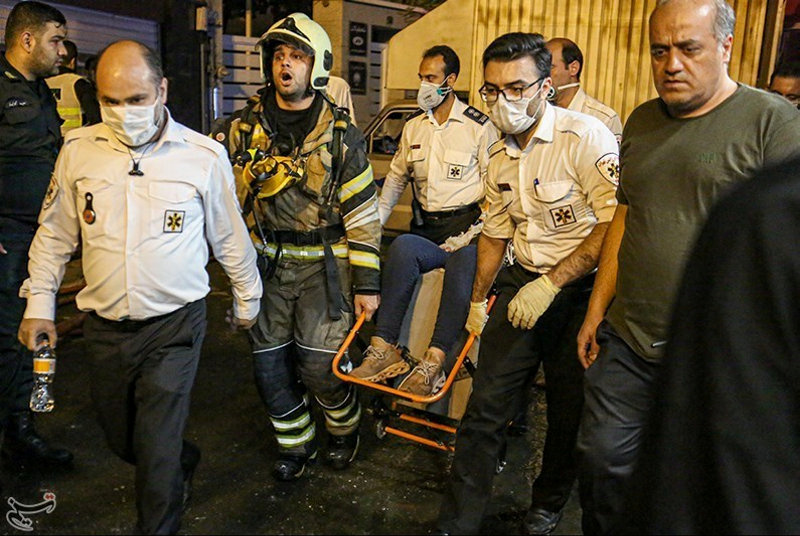 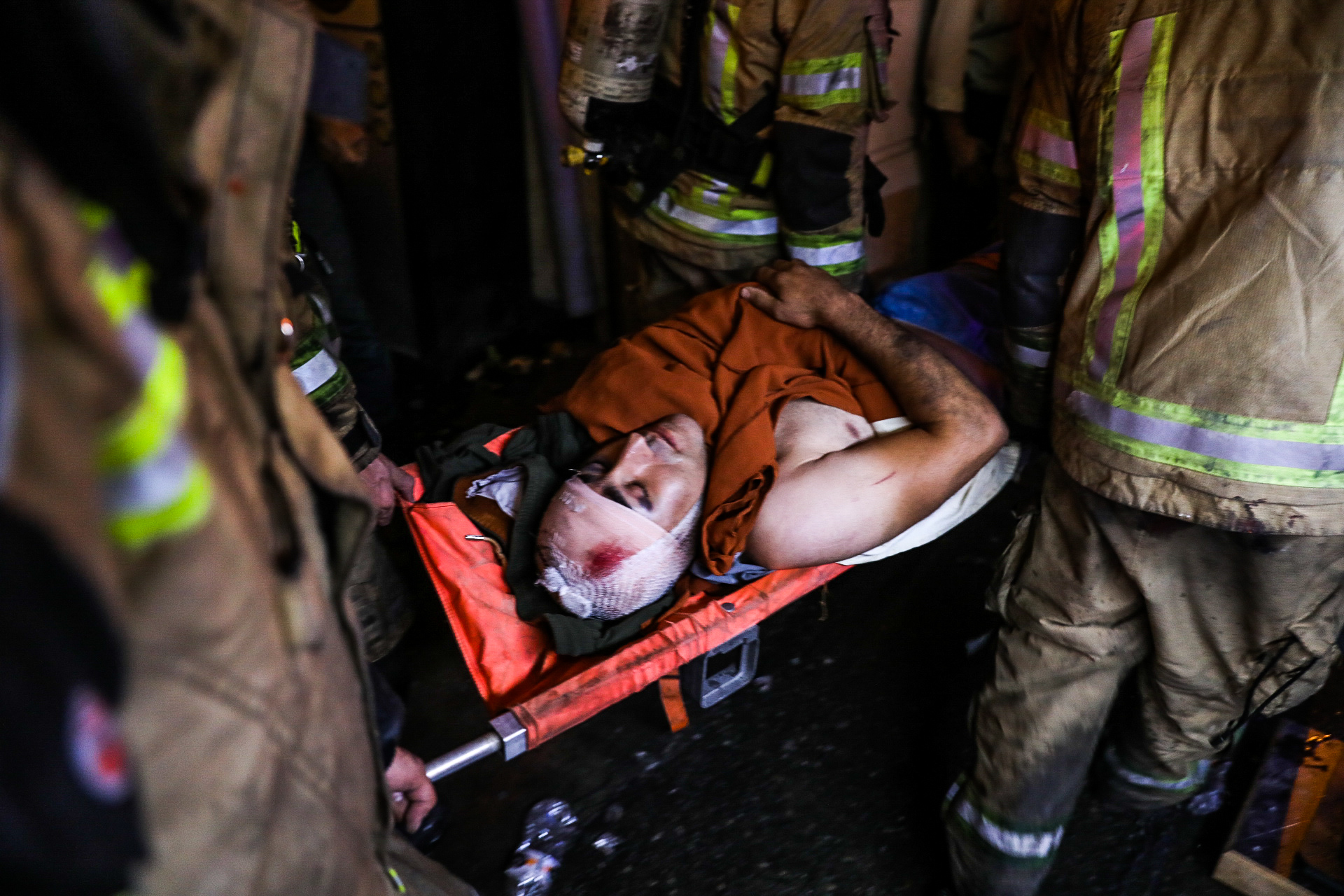 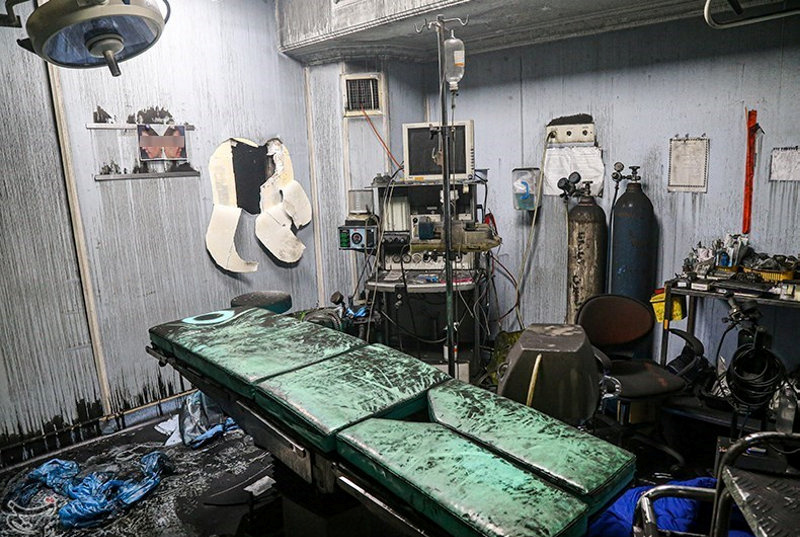 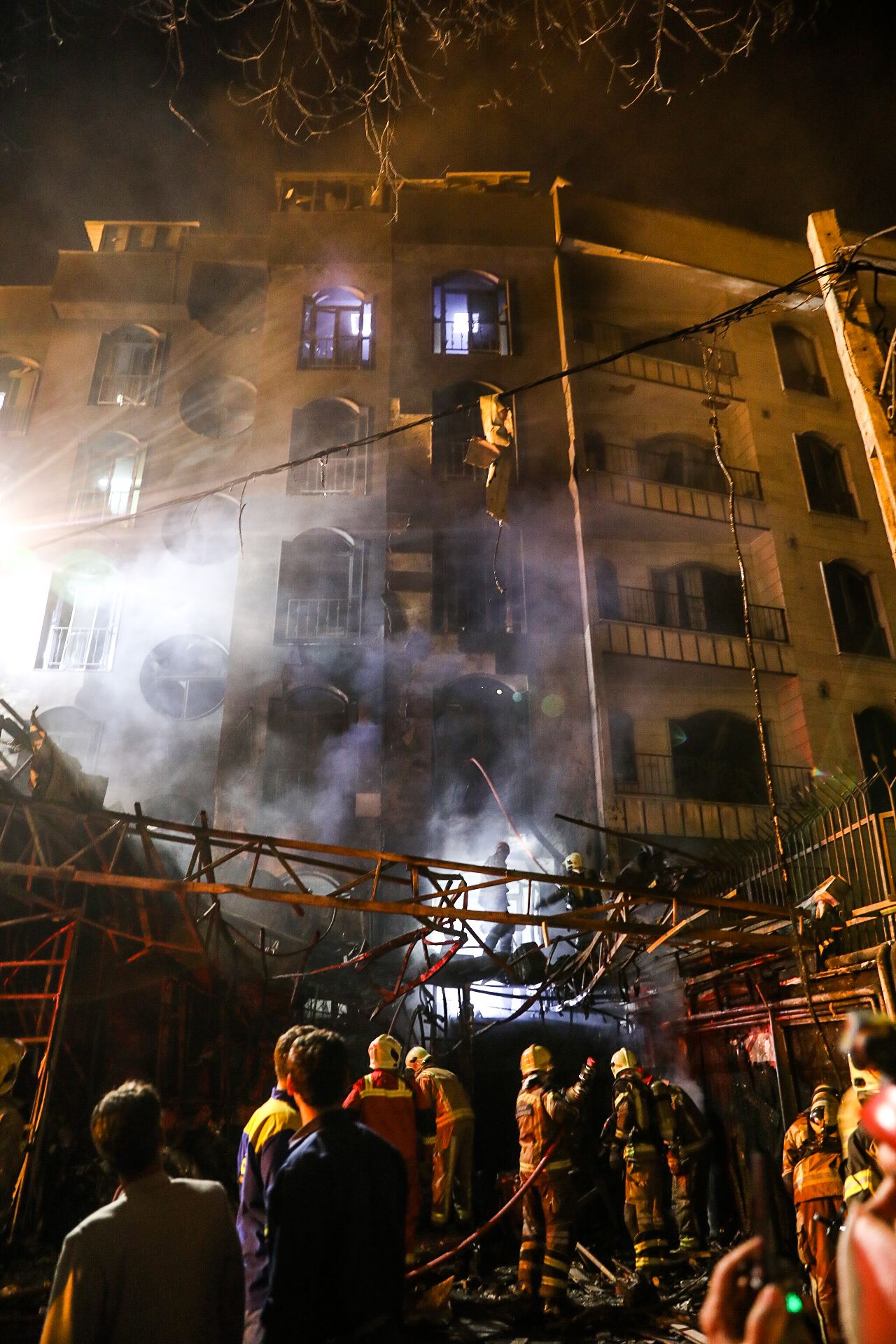 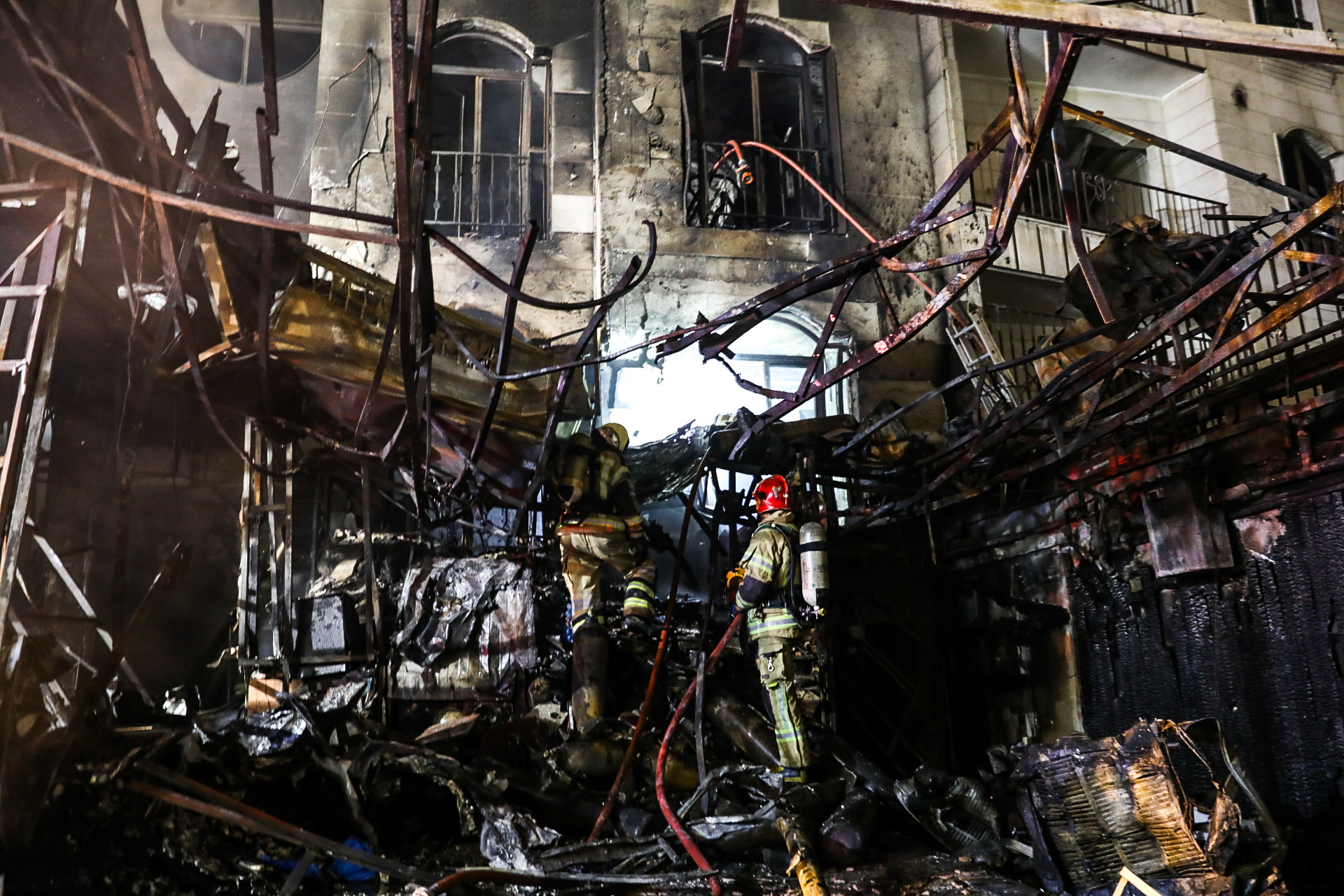 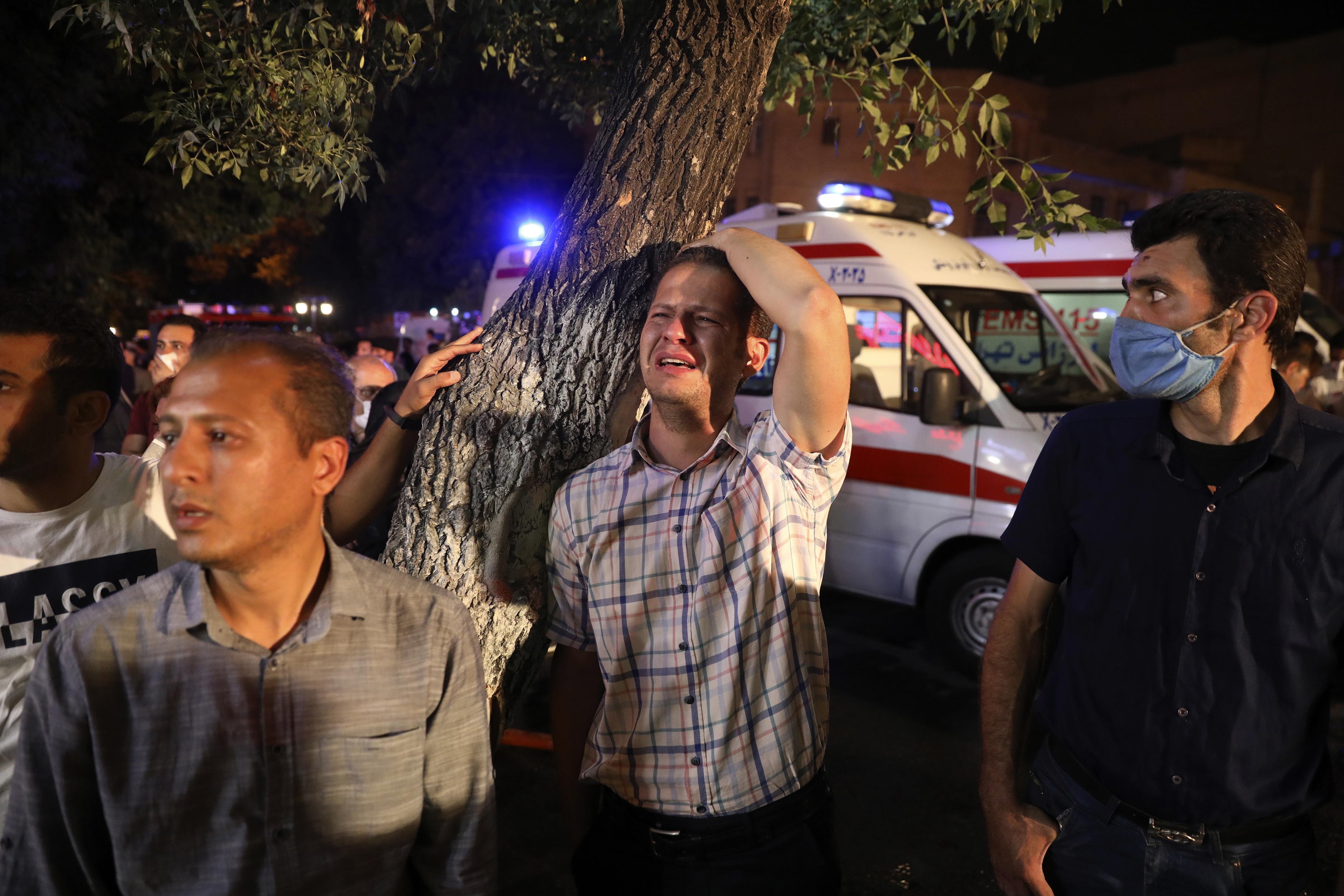 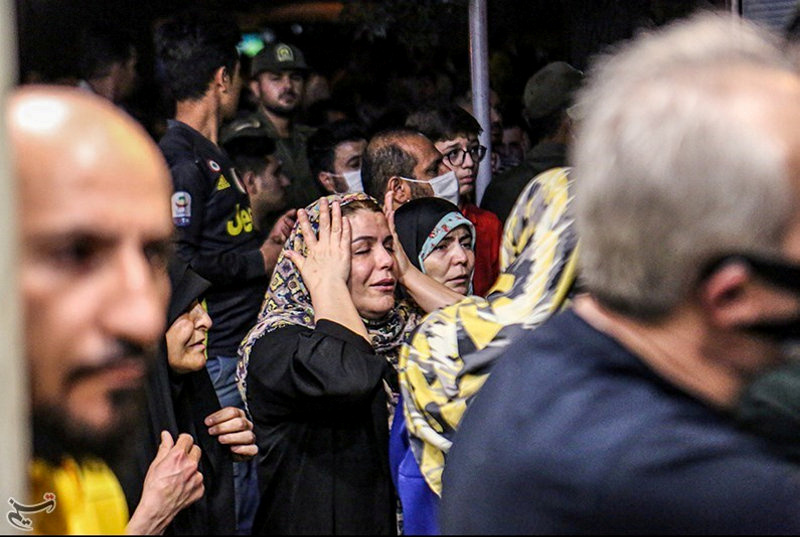