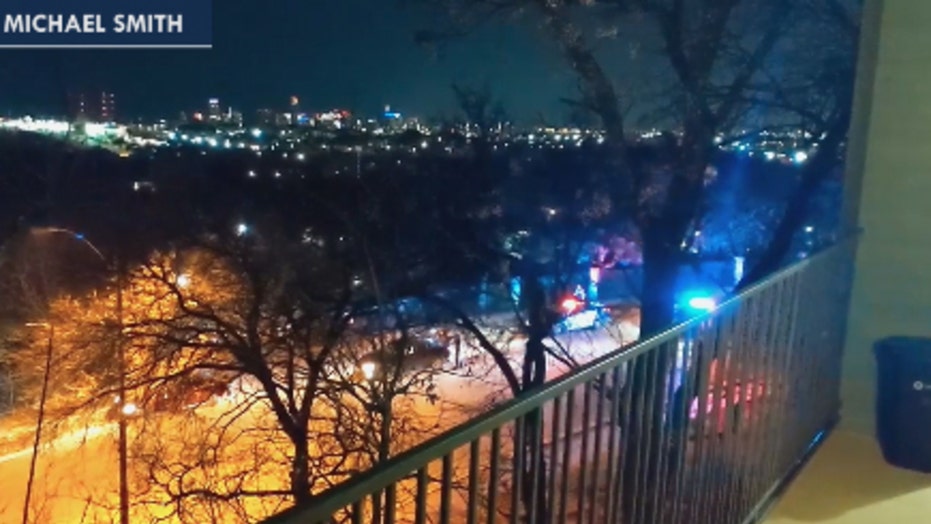 Raw video from a witness shows an officer-involved shooting in Austin, Texas that left 1 dead.

The shooting that unfolded early Tuesday morning was the second such incident of its kind over a period of less than 24 hours – and questions remain Wednesday surrounding the events leading up to the gunfire. 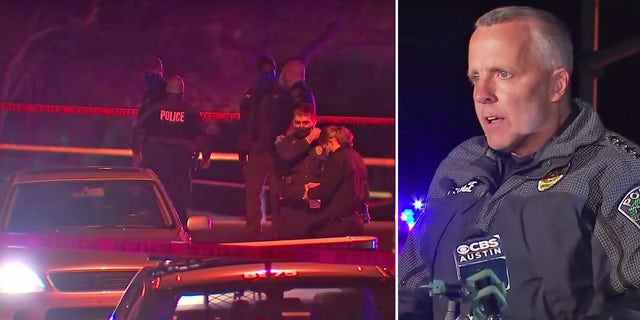 Police Chief Brian Manley told reporters Tuesday that the incident began around 12:30 a.m. when an off-duty officer traveling to a neighborhood in his personal vehicle "noticed there was a car behind him and this car then abruptly cut him off.

"As the vehicle pulled alongside him, the officer reported that he saw the driver point a firearm at him," Manley said.

The officer in response fired "multiple rounds" at the suspect’s vehicle before making a 911 call to report the incident, according to Manley. He then followed the car down a street until it came to a stop and responding officers arrived, Manley added.

The police chief, citing body camera footage, said the suspect then stepped out of the vehicle and stood next to its driver’s side while on-duty officers were yelling at him to put his hands up and back away.

As police continued to shout the commands in English and Spanish, the suspect then walked toward one of the vehicle’s back doors, opened it up and reached in, Manley said – noting at that point one of the responding officers opened fire. 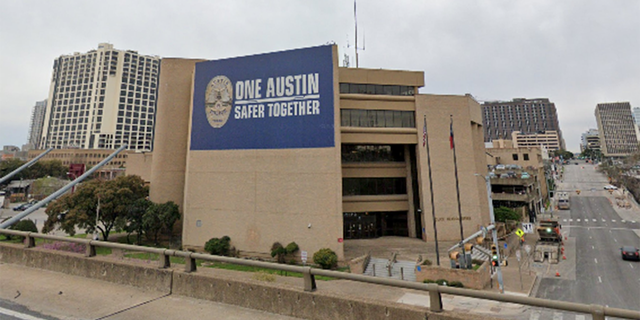 NO KENOSHA OFFICERS TO FACE CHARGES IN JACOB BLAKE SHOOTING

The suspect was pronounced dead at the scene and police say a gun was recovered from his vehicle.

A 33-year-old woman inside the vehicle, who also was struck by gunfire, is reported by police to be in stable condition after undergoing surgery at a local hospital. The other passenger – an infant – was unscathed. The latter two individuals have not been publicly identified.

Videos captured by witnesses purportedly show the moments just before the shooting.

In one, voices can be heard yelling, "Get away from there" and "Do not go into the car!" before several shots ring out. In another video obtained by Fox7 Austin, a voice is heard saying "put your gun down, Austin Police, put your gun down!"

"Don’t make me shoot you again man, it’s the police," the voice adds.

Did prosecutors make the right decision in the Kenosha incident? A law enforcement panel reacts on ‘Fox &amp; Friends.’

3 IN CUSTODY AFTER ATTACKING, RUNNING OVER FLORIDA WILDLIFE OFFICER WITH ATV, POLICE SAY

The motive for the alleged incident leading up to the confrontation was not immediately clear. Manley is asking the public for help, saying the off-duty officer was not in uniform and therefore not wearing an active body camera.

"We are asking anyone that was in this neighborhood that saw any part of this interaction to please call us and identify yourself so we can interview you," he said. "If you have video of this interaction that will be very important to our ongoing investigation of which there are a few right now."

A memorial for Gonzales has since been forming at the scene of the shooting, according to KVUE.

"Alex was amazing. There was no holding him back. He was a wonderful person, everyone has a past, he changed. He was growing," Shayna Plummer, who identified herself as his cousin, told CBS Austin. "He was a loving person, so funny. He always put a smile on my face, get you out of a bad mood – he’s going to be missed."

A witness who saw the police confrontation told the station that he raced back inside his home out of fear of being struck by gunfire himself.

"I didn’t want to get hit. That's why I ran back inside," he said. "I was not expecting any of that at midnight."