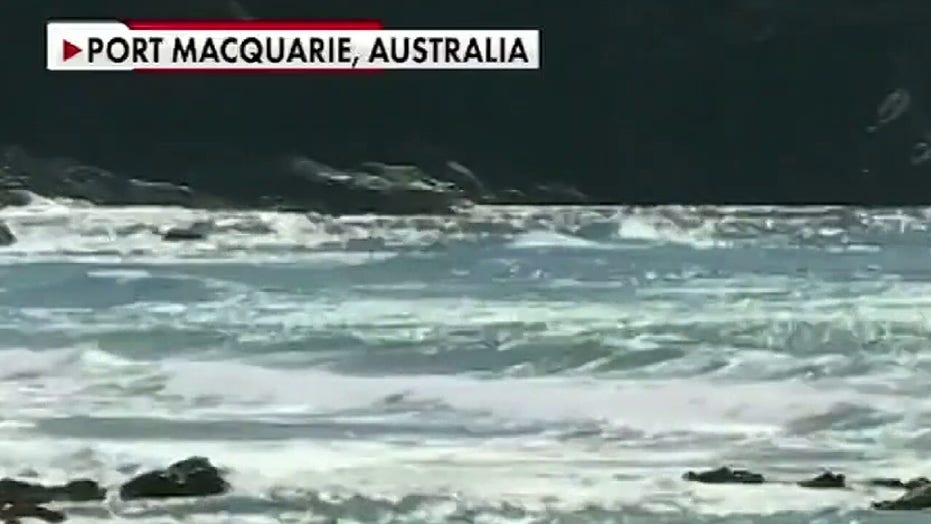 Man punches great white shark to save wife in Australia

Chantelle Doyle’s husband jumped off of his surfboard and onto the 10-foot shark after it refused to let go of her in Australia.

Just when you thought it was safe to go back in the water.

There’s been yet another shark attack Down Under — this time the woman survived after her husband repeatedly punched the shark.

Chantelle Doyle was attacked by a 10-foot great white shark while surfing at Shelly Beach in Port Macquarie, Australia, on Saturday morning, sustaining “severe lacerations” to her right leg, according to the Sydney Morning Herald.

Thankfully, Doyle’s husband was also surfing nearby and immediately came to her rescue.

“This fella paddled over and jumped off his board onto the shark and hit it to get it to release her and then assisted her back into the beach,” Surf Life Saving NSW chief executive Steven Pearce told SMH. “Pretty full-on, really heroic.”

Doyle was treated by bystanders and paramedics until she could be taken to a nearby hospital, where she is listed in stable condition.

This is the 13th shark attack in Australia this summer.

Among the attacks, all attributed to great whites, are a 60-year-old surfer who was mauled to death off the coast of northern New South Wales in June; a scuba diver was killed off the Great Barrier Reef in July; days later a 17-year old boy was killed near Clarence Valley; a 10-year old was attacked (but survived) by a shark that actually pulled him from a boat; a documentary filmmaker was hospitalized after an attack in Cairns, and just days ago a surfer was bitten on the leg by a 16-foot great white in Bunker Bay. He survived.

This article first appeared in the New York Post.