Australians will be in lockdown until JUNE admits police boss as nation’s coronavirus cases rise to 4,980 – and he’s checking social distancing fines personally

Level three restrictions in New South Wales will last for 90 days, it was revealed this morning.

Police Commissioner Mick Fuller said he would not seek to extend new police powers beyond that.

He said: ‘There was a good question yesterday about when is the turn off period for these health orders. It is 90 days. I certainly won’t be seeking an extension. 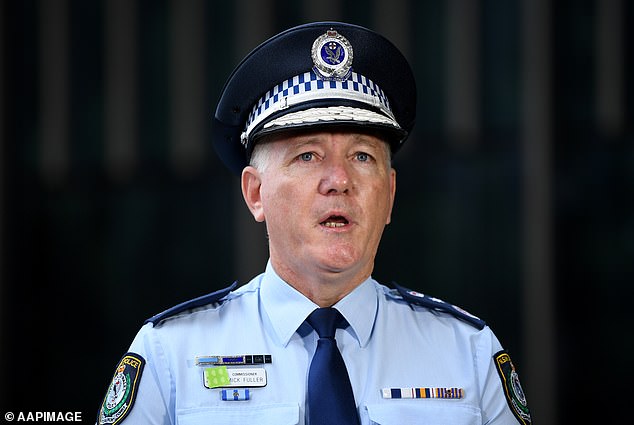 Level three restrictions in New South Wales will last for 90 days, it was revealed this morning

Heavy restrictions which ban gatherings of more than two were introduced in the state on 30 March.

He also clarified that people who sit on park benches will be moved on by police.

She said: ‘Thank you to each and every one of you.

‘Our people will now follow up to see what opportunities we have, to see what we can manufacture here in New South Wales, to really ensure that we have the medical equipment we need during the next few weeks and months.’