Two people at each end of the age spectrum have become beacons of hope in Northern Italy, ground-zero for the coronavirus in Europe.

A 6-month-old baby and a 102-year-old woman have both survived the virus after each faced a long battle in hospital.

Little Leonardo has recently returned home in the municipality of Corbetta in the northern Italian region of Lombardy after winning a 50-day battle against COVID-19. 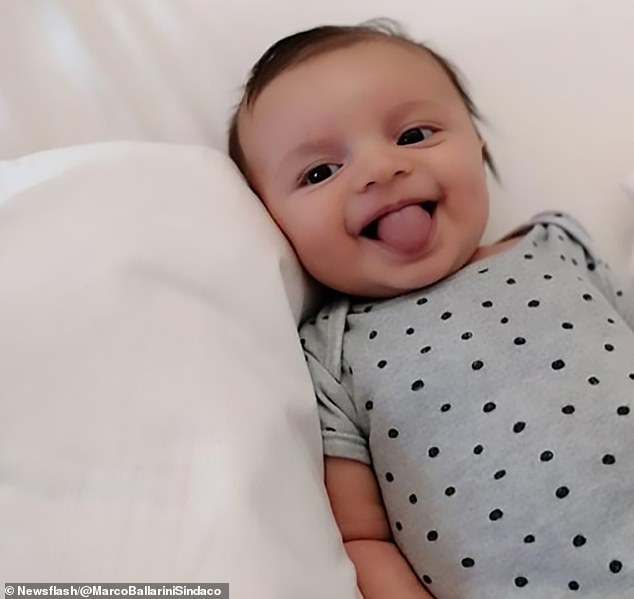 6-month-old baby Leonardo survived 50 days with the coronavirus. His mother said ‘I was worried a lot, especially at night. I do not wish that on any mother’ 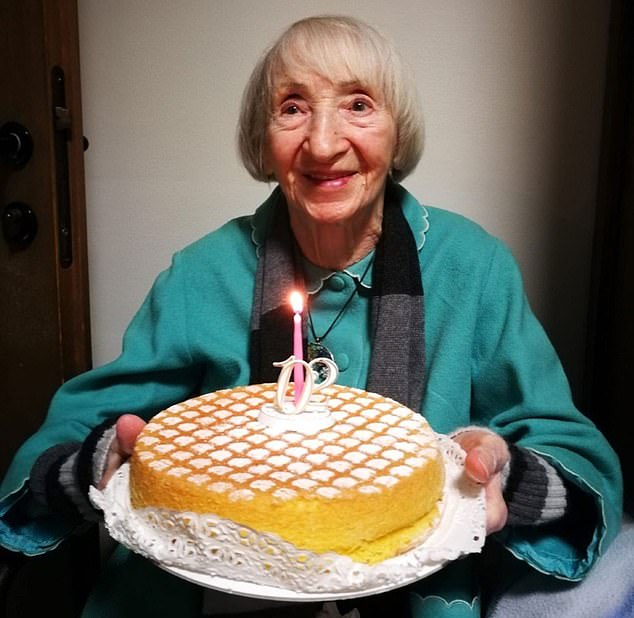 Italica Grondon, 102, battled the coronavirus for 20 days, with doctors calling her ‘the immortal’ as she also lived through the Spanish Flu when she was Leonardo’s ago

Local mayor Marco Ballarini called baby Leonardo ‘the wonderful face of hope’ and thanked the cute tot for helping to lift the spirits in the region.

He said: ‘Today we have a reason to smile and be happy, to feel like we are part of a community. Today, we look at the wonderful face of hope. Corbetta welcomes home little Leonardo who has just been released from hospital after defeating COVID-19.

‘Thanks a lot Leo, and thanks to your parents who never gave up. They brought summer to the hearts of all Corbetta citizens! Strength Corbetta!’

The baby’s mum told local media: ‘I was worried a lot, especially at night. I do not wish that on any mother.’

She said that she knew her baby was ill when he had a fever and his heart rate quickened, adding that her husband’s work colleague had been diagnosed with the virus.

The mother said that little Leonardo was well treated by healthcare professionals.

Meanwhile, A 102-year-old Italian woman in Genoa, also in Northern Italy, has made a miraculous recovery after catching the coronavirus and spending 20 days in hospital.

Earlier this month, Italica Grondona came down with symptoms of the deadly virus and was admitted to hospital with mild heart failure but she has since been discharged with doctors saying ‘the virus surrendered in front of her.’

‘We nicknamed her ‘Highlander’ – the immortal,’ doctor Vera Sicbaldi said to CNN, who treated the woman in the San Martino hospital in Genoa, adding that Gorondona ‘represents hope for all the elderly people facing this pandemic.’

Records from Italy’s National Health institute show that the average age of someone to die after testing positive for the coronavirus is 78, making Grondona’s case particularly exceptional.

The doctors were so impressed with the case that they decided to study it deeper, although Sicbaldi admitted that the doctor’s themselves did ‘very little’ to cure Grondona.

Sicbaldi said: ‘She only had some mild coronavirus symptoms, so we tested her and she was positive, but we did very little, she recovered on her own.’

Given Grondona’s old-age, doctors said that it was possible she was the only patient they had treated to have also survived the 1918 Spanish Flu pandemic, estimated to have killed around 50 million people, after they undertook additional tests on her.

‘We got serological samples, she is the first patient we know that might have gone through the ‘Spanish flu’ since she was born in 1917,’ added Sicbaldi.

She would have been around Leonardo’s age when Spanish Flu was raging through Europe.

Amazingly, Grondona was discharged from hospital on 26 March and is now in a care home.

While her only son died in the US decades ago, her Nephew, Renato Villa Grondona has been looking out for her. When asked what her secret to surviving the virus was, he said he didn’t know, but said ‘I know she is a free and independent woman.’ 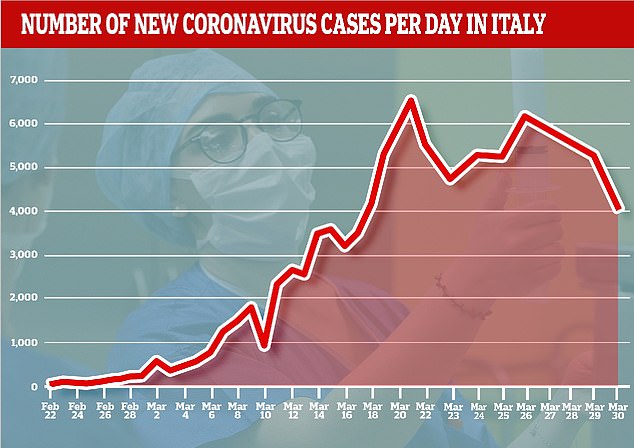 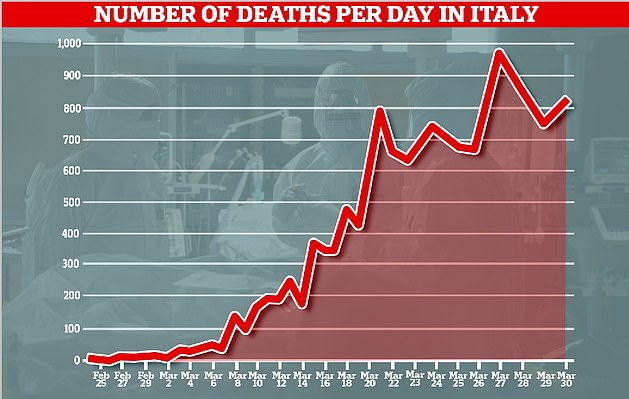 The death toll from an outbreak of coronavirus in Italy climbed by 812 to 11,591, reversing two days of declines