From baskets to ballots!

The Board of Elections announced Tuesday it struck a deal with owners of the Brooklyn Nets and Barclays Center to host early voting and Election Day polls for the November general election.

It comes a week after officials set up a similar arrangement with the New York Knicks and their home, Madison Square Garden, as they look for facilities where voters can easily socially distance as they cast their ballots.

“What a boost for our staff that has worked tirelessly throughout the pandemic as essential employees to see a leader like the Barclays step up to the plate and help us all — all voters in the City of New York, in our time of need,” said Michael Ryan, the executive director of the Board of Elections. “It’s really is a wonderful thing.”

He was joined by Brooklyn Borough President Eric Adams, local Councilwoman Laurie Cumbo (D-Brooklyn) and John Abbamondi, the CEO of the company that owns the Nets and Barclays.

“We are proud of the incredible effort led, in fact, by our own NBA players that we’ve been able to make across the NBA to have our arenas be voting centers throughout the country,” Abbamondi told reporters at the press conference.

The BOE says that the new polling site at the Barclays Center will be the largest in the borough. 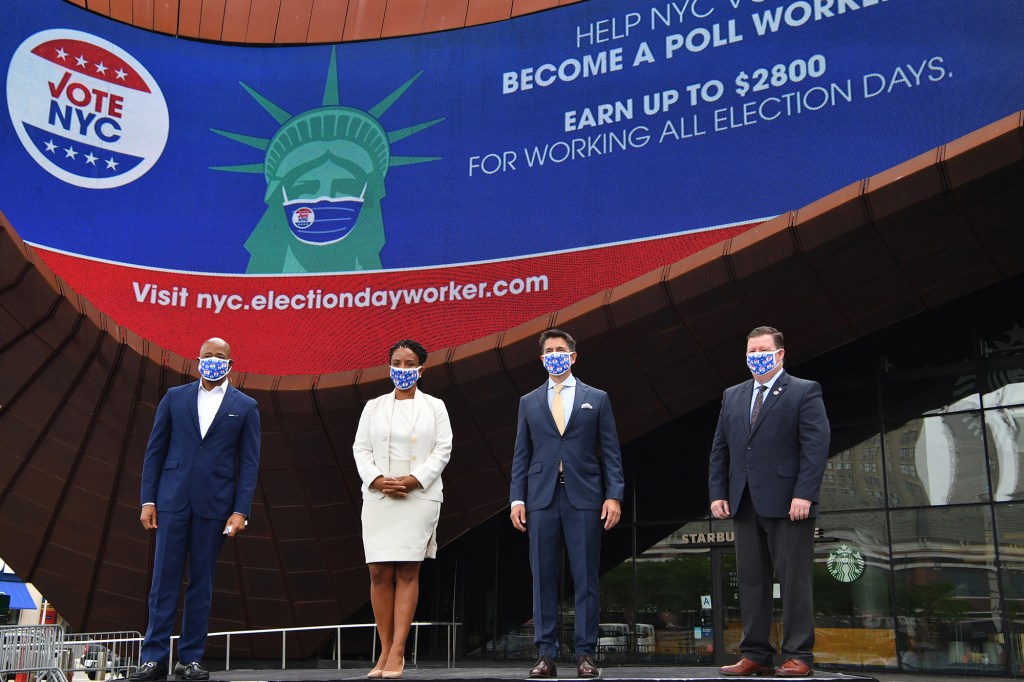 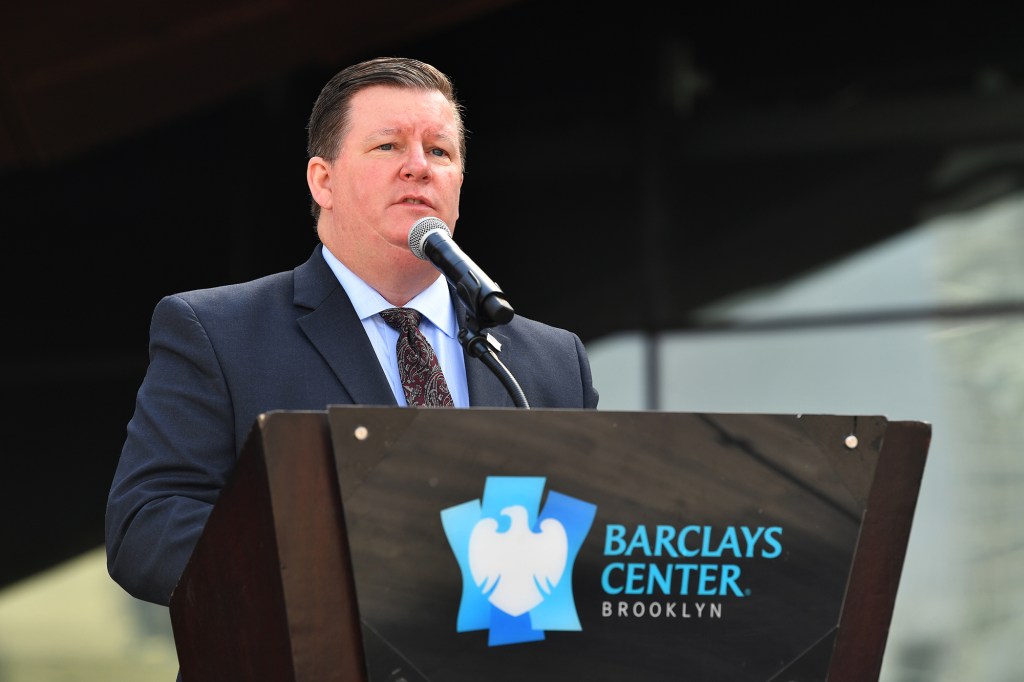 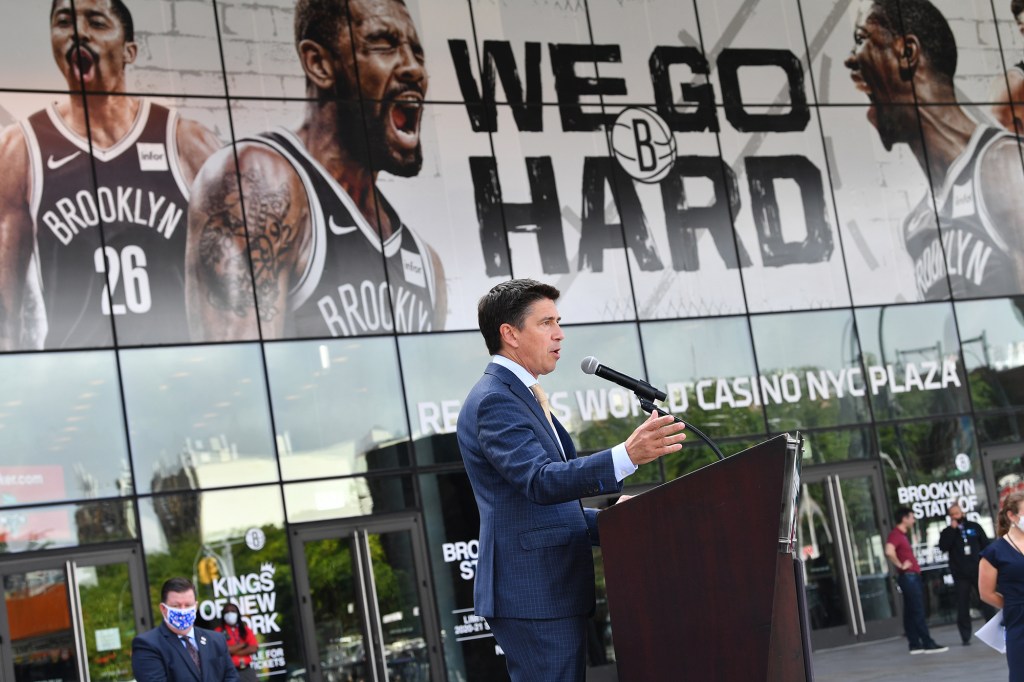 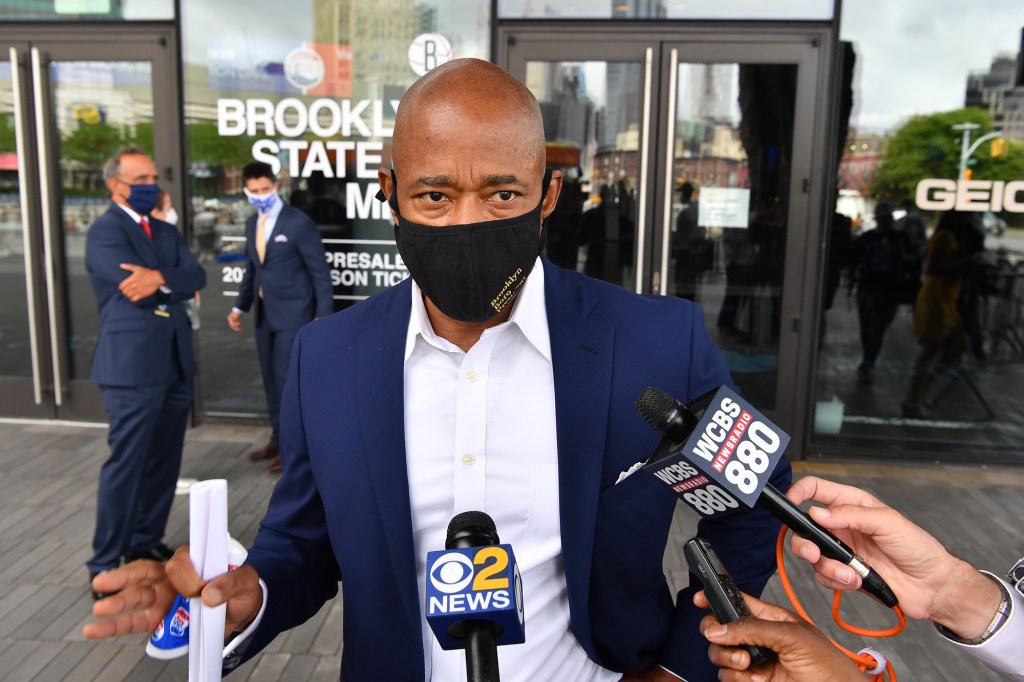 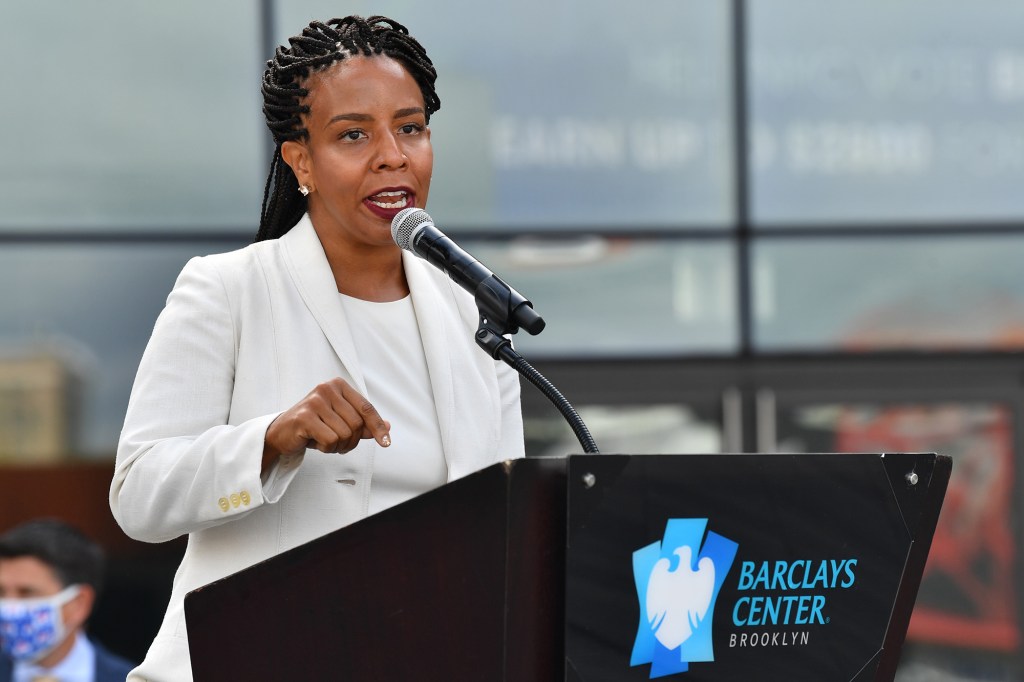