Basque terror group member is acquitted of horror bomb attack on two hotels in Benidorm and Alicante which left at least 13 injured including British tourist, 20

A member of Basque terror group ETA has been acquitted of a bomb attack on two Costa Blanca hotels, which left a British student among the injured.

Ellie Carr, 20 at the time of the July 2003 blast, needed 20 stitches after it rocked the Hotel Bahia in Alicante next to the Spanish school where she was studying.

Four police officers were hurt when a bomb went off ten minutes later at the Hotel Nadal in Benidorm, as thousands of terrified Brits ran for cover. 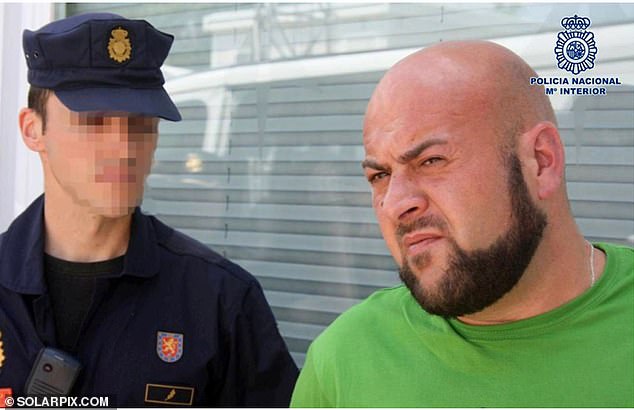 Asier Eceiza, 42, has been acquitted of a bomb attack on two Costa Blanca hotels in July 2003

State prosecutors had demanded a 268-year jail sentence for Asier Eceiza when he went on trial at a court in Madrid at the end of February.

They accused him in a pre-trial indictment of reserving and then cancelling rooms in a false name at the two hotels targeted, before an accomplice convicted over the terror attacks made new reservations and left the bombs in suitcases in two rooms.

Police discovered dynamite, detonators, maps and bomb-making manuals in a ‘safe house’ Eceiza and convicted bomber Jon Joseba Troitino Ciria were said to have rented in the nearby city of Valencia.

Twenty-five of the 194 fingerprints found in the property were reported to be Eceiza’s. 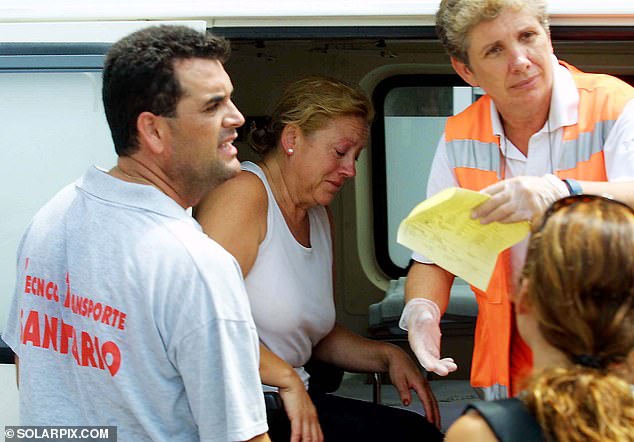 This picture was taken just minutes after the July 2003 bombing at the Hotel Nadal in Benidorm, which left at least five people injured

The 42-year-old, born in the Basque coastal city of San Sebastian, admitted at his trial to spending time at the apartment, but claimed he had never seen any explosives and insisted he was not in Spain when the bombs went off on around midday on July 22, 2003.

The three trial judges at Spain’s Audiencia Nacional court acquitted Eceiza of involvement in the attacks in a ruling made public on Sunday.

They ruled it was proven he belonged to ETA and stayed at one of the flats the terror group used in Valencia, but concluded there was ‘not enough proof he participated in the crimes.’

None of his fingerprints were on the explosives discovered in the apartment raided by police and the material they found did not coincide with the make-up of the bombs that were used to blow up the hotels.

It was not immediately clear on Sunday if prosecutors will appeal the acquittal, Spanish daily El Pais said.

Troitino Ciria was jailed for 268 years at the same court complex in June 2011 after being convicted of 14 counts of attempted murder and two counts of terrorist acts. 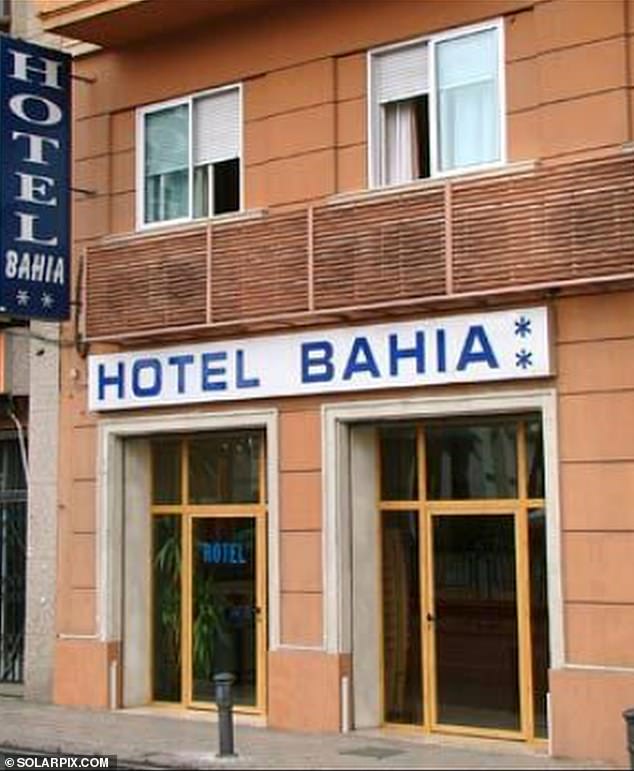 Outside Hotel Bahia in Alicante before the attack, which left eight injured from the blast

Ellie, from Bury St Edmunds in Suffolk, said from her hospital bed after being caught up in the Alicante blast: ‘I was in the middle of a Spanish lesson when there was this massive explosion and the whole building fell in around us.

‘Before I knew it, I was covered in blood. I couldn’t get down the stairs. I couldn’t feel my head, but eventually I found a fire exit and ran outside.’

The Spanish language student, who suffered injuries to her head, arms and the side of her body, added: ‘It felt like the bomb was in the room. Two other students were also hurt.’

ETA admitted to being behind the Benidorm and Alicante blasts, but blamed Spanish authorities for the devastation the bombs caused in a communique sent to Basque newspaper Gara.

‘In the explosion at the Hotel Bahia in Alicante, two people were injured as a result of the ETA warning not being taken seriously enough,’ it said.

‘The responsibility for what happened rests entirely with the Spanish authorities.’

Shortly after the Costa Blanca blasts the Spanish government claimed ETA terrorists were planning to strike against targets on the Costa del Sol.

A spokesman for Spain’s Interior Ministry said at the time, ahead of Eceiza’s prosecution and acquittal: ‘Having identified the two terrorists responsible for the bomb attacks on Benidorm and Alicante and discovered the location of the flat they were using in Valencia, the police found a series of street maps of Spanish cities.

‘Subsequent investigations have revealed that the terrorists’ next step would have been to move to the Costa del Sol.

‘They had reserved rooms in two hotels in Torremolinos and Malaga at the end of July.

‘It’s possible they were simply intending to seek refuge among the millions of tourists who choose to holiday on the Costa del Sol at this time of the year.

‘But another possibility is that they were planning bomb attacks on the two hotels where they had room reservations.

‘The modus operandi would then have probably been the same as it was in Benidorm and Alicante – book the hotel room, leave a suitcase packed with explosives in each room and then detonate them within minutes of each other.’

ETA killed 829 people, including 340 civilians between 1968 and 2010. It was classified as a terrorist group by the European Union, the US and Canada.

It declared a series of ceasefires, before announcing in April 2017 it had given up its weapons and explosives.

In a public letter published a year later, the group announced that it had dissolved its structures and ended its political initiative.