The BBC is temporarily scrapping its local news bulletins from next Monday as the broadcaster deals with the coronavirus outbreak.

BBC London and South East presenter Lynda Hardy announced at the end of this morning’s bulletins on Breakfast that the local news would be ‘paused’.

But she said there would be a bulletin this lunchtime, as well as local news next week on the BBC News website and on BBC local radio stations. 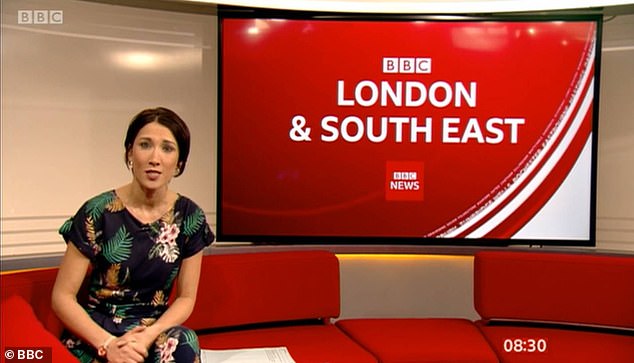 Ms Hardy said today in her bulletin at 8.30am: ‘And we are now pausing our regional breakfast output on TV.

‘On Monday you can find all your local news online and on your BBC local radio station. We will though be back at lunchtime.’

Yesterday, the BBC’s director of news warned viewers that things will ‘look and sound a bit different’ while the corporation adapts to the coronavirus pandemic.

In a blog post on the BBC website, Fran Unsworth outlined a number of changes its newsroom was making in light of the ‘rapidly evolving situation’.

Presenters are doing their own make-up, many interviews will be conducted remotely and the BBC will rely more on its network of local reporters.

The BBC will give free digital radios to the most vulnerable over-70s.

Its local radio stations have teamed up with manufacturers, retailers and a charity for its Make A Difference campaign, launched in the wake of the pandemic.

The move will ensure the most at-risk elderly who are self-isolating have access to news and entertainment.

To receive one of the thousands of DAB radios, listeners need to nominate people to the 39 BBC stations.

They can do this from Monday by filling out an application form at wavelength/radiohero.

They will be distributed by the loneliness charity Wavelength, while Duracell UK will provide the batteries.

Since Make A Difference launched last week, BBC Local Radio has been receiving more than 8,000 calls a day.

Those helped by the scheme include Tony, a father of three young children from Nottingham, who has terminal lung disease.

He called Radio Nottingham to encourage people to stop panic-buying and explained he could not go out shopping because of his condition.

The station was inundated with offers of help and a local community group delivered Tony vital goods within hours.

Yesterday, the broadcaster also launched its Stay At Home public information films with clips from shows including Miranda and The Thick Of It.

Director general Tony Hall said: ‘Using our stars is a good way of getting the message out. Even if it makes just a small difference, it will be worth it.’

Ms Unsworth wrote that it was the BBC’s responsibility to report ‘on the ground’, record the Government’s fight against the virus, and chronicle how the UK is faring.

She highlighted the BBC’s new ‘socially-distanced interviews’, where boom microphones are more visible to viewers.

Ms Unsworth added: ‘You might also hear a bit more background noise than you’re used to when we’re not using our normal microphones.

‘We’re cutting down on everyone’s travel by making more use of our network of local reporters around the UK, as well as around the world.

‘And as you’d expect, we’ve tightened hygiene and safety measures inside and outside our offices, to avoid contact between colleagues. For example, our presenters are now doing their own make-up.

‘So things may look and sound a bit different and we might need to make further changes to how we do things as time goes on. But we’ll be with you throughout this emergency.’

On Wednesday, the BBC said it was suspending plans to cut jobs in BBC News because of the demands of covering the coronavirus pandemic.

The broadcaster’s director-general Tony Hall told staff about the decision during an all-staff call. The restructure would have lead to around 450 job cuts.

The BBC said its focus is now keeping a continuous news service on-air amid the challenges caused by the pandemic.

Wednesday’s suspension came after the BBC delayed the introduction of means-testing of the licence fee for over-75s because of the pandemic.

The BBC announced cuts to Newsnight, 5Live and other news output as part of cost-cutting plans and an effort to reach the young in January.

A review of the number of BBC presenters ‘and how they work’ was also being launched as part of plans to ‘modernise its newsroom’.

Programmes across news, including Today, would be affected, while Victoria Derbyshire’s BBC Two programme would be axed. 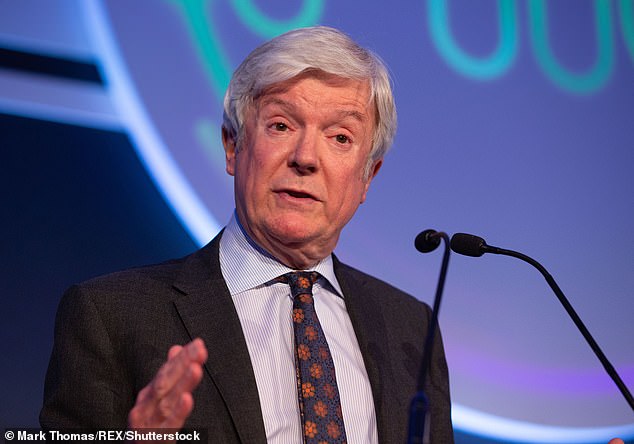 But Lord Hall told staff that it was the wrong time to make the changes.

‘It would be inappropriate. We haven’t got the resource to plough ahead with those plans at the moment, so we’ll come back to that at some point,’ he said.

‘But for the moment we just want to make sure you are supported and you’ve got the resources to do the job that you and your colleagues are doing amazingly.’

The corporation said, in January, that it wanted to ‘reduce duplication’ while making savings of £80 million, citing the last licence fee settlement.

BBC chief Lord Hall is preparing to step down after seven years in the role.