Ben Affleck appeared on Tuesday's The Howard Stern Show, and while the two-hour interview was mostly about the actor's career, it naturally got personal at times.

Affleck opened up about his 10-year marriage to Jennifer Garner and slammed "horrible" untrue tabloid stories about their divorce. (Remember the nannygate allegations?) The topic got brought up when Stern asked the Oscar winner about his rekindled relationship with Jennifer Lopez. 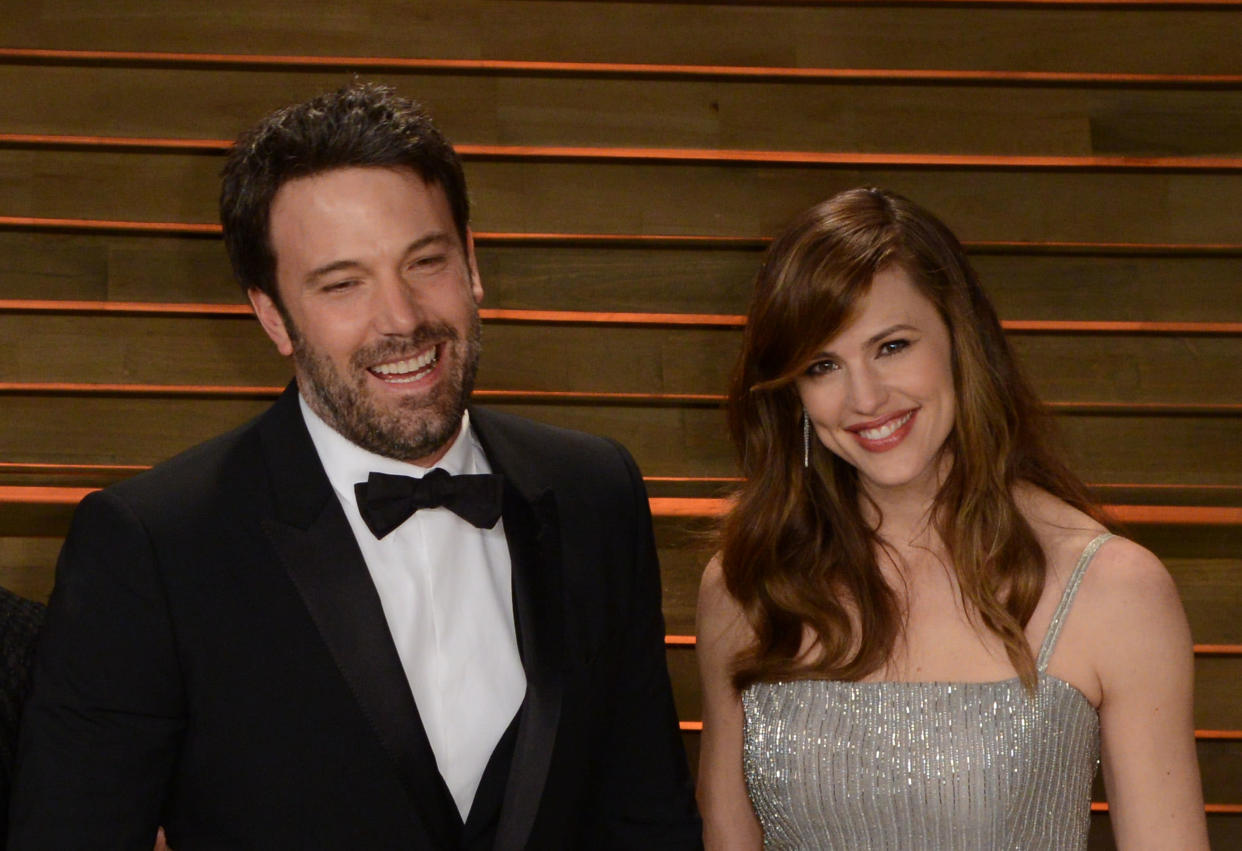 "It crossed my mind for sure," Affleck admitted. "My responsibility to my children is my highest responsibility I have. I'm not doing anything that's painful or destructive to them if I can help it. That being said, I know that my life affects them."

The director told a story about how he dropped off his 9-year-old son Samuel at school the other day when someone yelled out "Ben Affleck!"

"My kid looks at me and goes, 'Hashtag, welcome to my life,'" he recalled. "I've already inflicted that on them. You know, me and their mom are celebrities and that's hard, let's not bulls*** each other … During the divorce, they printed f****** horrible lies. Horrible mean lies."

"I don't even want to give voice to it," The Tender Bar star replied. "Anything you read about that was bulls***."

Garner and Affleck separated in 2015 after more than a decade together. Along with Samuel, they share daughters Violet, 16, and Seraphina, 12. The actor was accused of infidelity, which he strongly denied at the time through his reps.

"The truth was, we took our time, we made the decision … We grew apart," Affleck explained. "We had a marriage that didn't work, this happens, with somebody that I love and respect, but to whom I shouldn't be married any longer. Ultimately, we tried. We tried, we tried because we had kids. Both of us felt like we don't want this to be the model that our kids see of marriage."

If Affleck and Garner stayed together, he thinks they would have wound up "at each other's throats."

"I'd probably still be drinking. It's part of why I started drinking … because I was trapped," the actor continued. "I was like 'I can't leave 'cause of my kids, but I'm not happy, what do I do.' What I did was drink a bottle of scotch and fall asleep on the couch, which turned out not to be the solution."

When Stern asked if Affleck was ever suicidal, he replied, "Nope. Never once."

"I am very lucky," he explained, noting how being on the right antidepressants helps with his depression. "I really believe in them."

Affleck has a great relationship with his kids and says being a father is the most important thing in his life.

"Because I'm divorced and I've got half the time … I try to jam a full week of dad into three-and-a-half days. I'm out there jumping rope, 'Who wants to play a game? Chutes and ladders? Who's on the radio? Who's this singer? She really slaps,'" he shared. "Nothing makes you feel uncool like being a father."

Speaking of uncool, Affleck was asked about his controversial Batman casting and all the backlash that ensued.

"I was hurt," he admitted. "I was less hurt than I would have been 10 years earlier. But I was hurt because I was like, 'Wait a minute, come on. What do I gotta do?'"

He called out the petitions people started to get him recast.

"Really? 100,000 of you signed a f****** petition? You don't have anything better to do with your day than sign petitions? Ironically, I mean the reason I did it is because I wanted to do it for my kids, particularly for my son," Affleck explained, noting how he wanted to make something his kids would "be proud of."

"Now I realize your kids, by definition, are never proud of your movies," he laughed. "They love making fun of you. My kids only want to see, like, Armageddon. 'Tell us again about how you're an astronaut.'… The fact that my kids feel safe to me to say basically, like, f*** you and your movies is beautiful. My daughter goes, 'You know dad, I don't consider film a legitimate art form."

WATCH: Jennifer Garner joins Ben Affleck and Jennifer Lopez in Malibu for trick-or-treating with the kids