Pupils at boarding school who were diagnosed with HIV after receiving contaminated blood were on their own when told they were infected and had no ’emotional support’, inquiry hears

Pupils at a boarding school who were diagnosed with HIV were not told of their diagnoses in an organised manner, an inquiry has heard.

In the final day of evidence this week in the Infected Blood Inquiry relating to Lord Mayor Treloar College, a boarding school in Hampshire, lead counsel Jenni Richards QC outlined the evidence that has been heard and presented this week.

Several former pupils – and relatives of former pupils – have appeared at the inquiry detailing their experience of attending the specialist school for children with disabilities in the 1970s and 1980s.

From 1973, pupils with haemophilia began attending the school and were treated at an on-site NHS centre.

However, from the 1980s onwards, pupils started being diagnosed with having contracted HIV and hepatitis after receiving infected blood products which were given to them as a form of treatment for haemophilia.

Ms Richards told the inquiry today: ‘In relation to how individual pupils were informed they had tested positive for HTLV-3, the evidence that the inquiry has received and heard suggests that there was not a single, uniform approach adopted.

‘Others recall being told on their own by Dr Aronstam (a consultant haematologist at the centre), possibly with others.’ 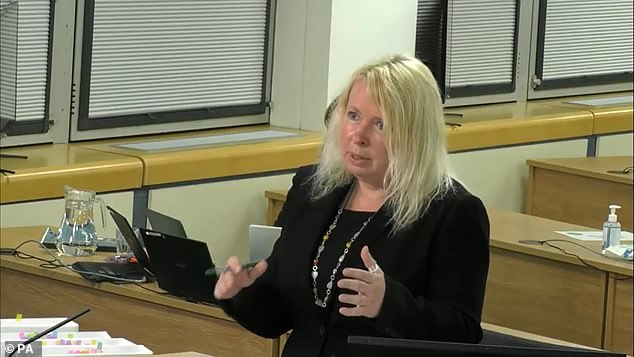 Out of 89 children who attended the school in the 1980s, fewer than a quarter of former pupils are still alive.

According to the survivors, a total of 72 haemophiliac pupils have died.

On Friday, Ms Richards recalled how some witnesses – who either gave evidence this week or in an earlier hearing in 2019 – told of their experiences of discovering they had tested positive for HTLV-3, the former name of HIV, or Aids.

For pupils who were not diagnosed, they highlighted scenarios such as room-mates not returning to school after a holiday break and being told not to worry as people were being looked after.

Others were told in a meeting not to worry as there were only two cases of haemophiliacs with Aids in the UK. 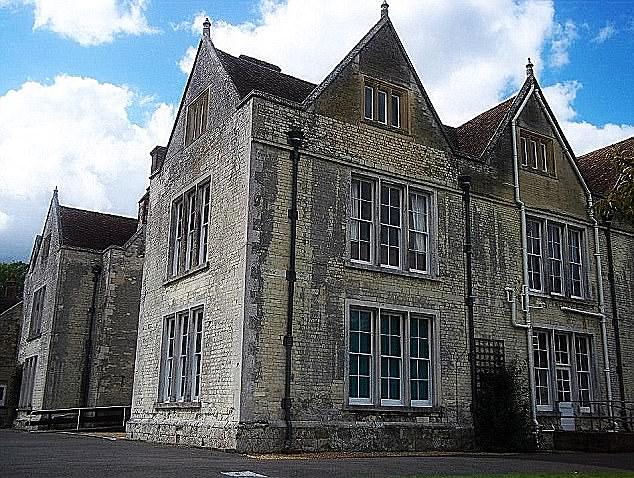 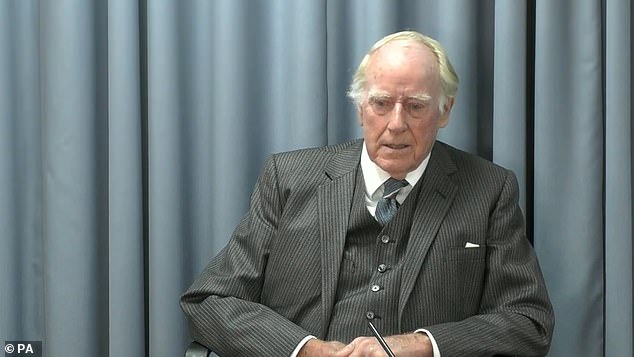 Alec Macpherson (pictured during the infected blood inquiry) was the headmaster at Lord Mayor Treloar College, a boarding school in Hampshire, from 1974 to 1990

Ms Richards told the inquiry: ‘We have heard evidence this week that communication appears over quite a long period of time in the sense that there are some [pupils] who may have been told in 1985, others may not have been told until 1986, which raises the question about there being delays given we know that Dr Aronstam certainly had a number of results by March of 1985.

‘We’ve heard evidence this week which suggests that some pupils may not have been told at all. There’s also evidence which paints a picture that, for the most part, parents do not appear to have been told directly by the haemophilia centre [at the school].

‘There does not appear to have been any consideration given to having a person there, whether parent, house master, or someone in loco parentis, to provide emotional and pastoral support in what must have been a horrific time.’ 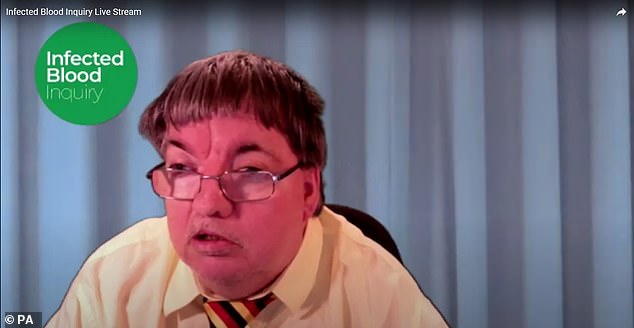 In regards to the hepatitis diagnoses, she added there appeared to be no ‘systematic approach’ when informing parents their children were showing abnormal liver functions while pupils who were concerned about symptoms showing in their friends, such as going yellow, were told it ‘was not something that they needed to be concerned about’.

‘Evidence also suggests parents and pupils were not being told they were being tested for HTLV-3, and therefore, as not being told, were not in a positive to consent for that testing,’ she said.

‘Everything that you have heard and read so far paints a very clear and powerful picture of the effect that this has had on individuals’ lives.’

The hearing continues this afternoon before taking a break for several weeks.

It will return in July where evidence will be heard from government witnesses.