The bodies of a mother and her two young children have been found at a home in Dublin.

Gardai have sealed off a property on the Llewelyn estate in Ballinteer, South Dublin, where the bodies were found.

The Irish Post reported the victims are a woman, said to be the children’s mother, and a young boy and girl, both aged between six and 11. 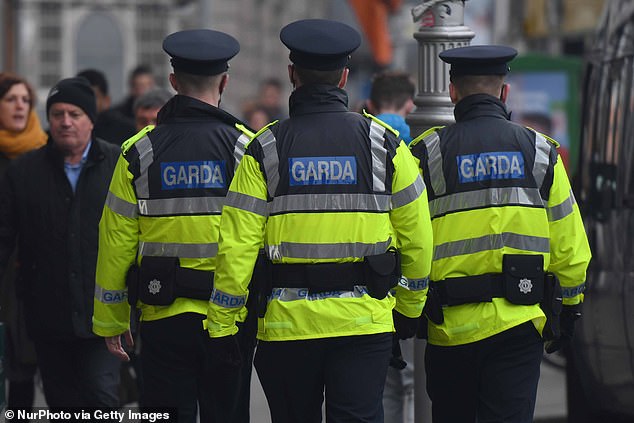 Members of Garda Siochana (Irish Police) patrol Dublin city centre last year. Gardai are at a property in Dublin today investigating the deaths of a woman and her two children

‘Gardaí are currently at the scene of an incident at a residential property in South Dublin where the bodies of two children and an adult have been discovered,’ Garda Headquarters told the Irish Times in a statement.

‘There is no further information available at this time.’

Officers are said to have broken into the property after neighbours reported they were concerned for the mother and children inside earlier this morning.

The Irish Times confirmed the woman was married and lived with her children at the property.