BORIS Johnson made history today by taking the first ever virutal PMQs over a videolink.

Mr Johnson is currently self-isolating in Downing Street – but that didn't stop him locking horns with Sir Keir Starmer in a fiery clash over Scottish devolution. 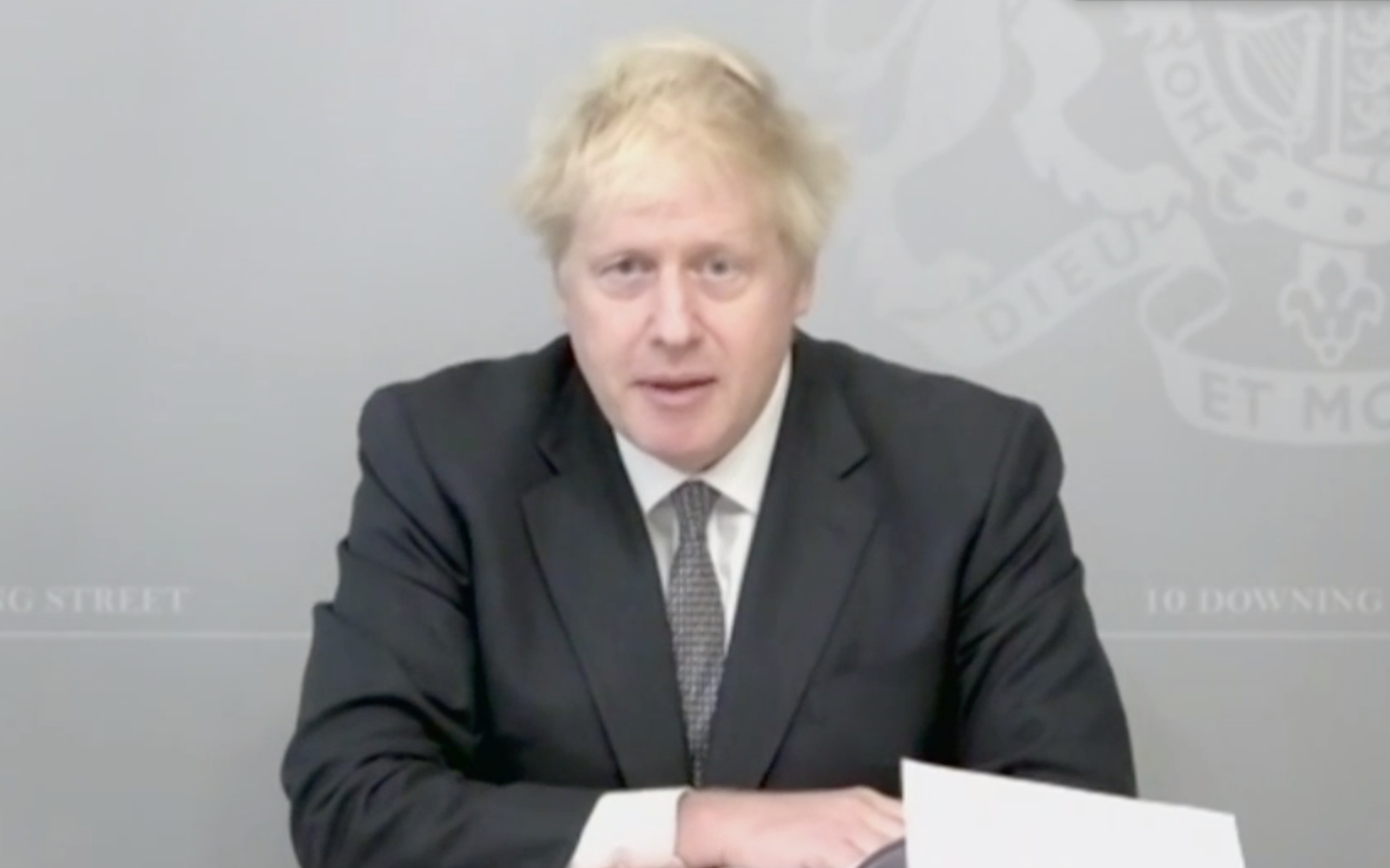 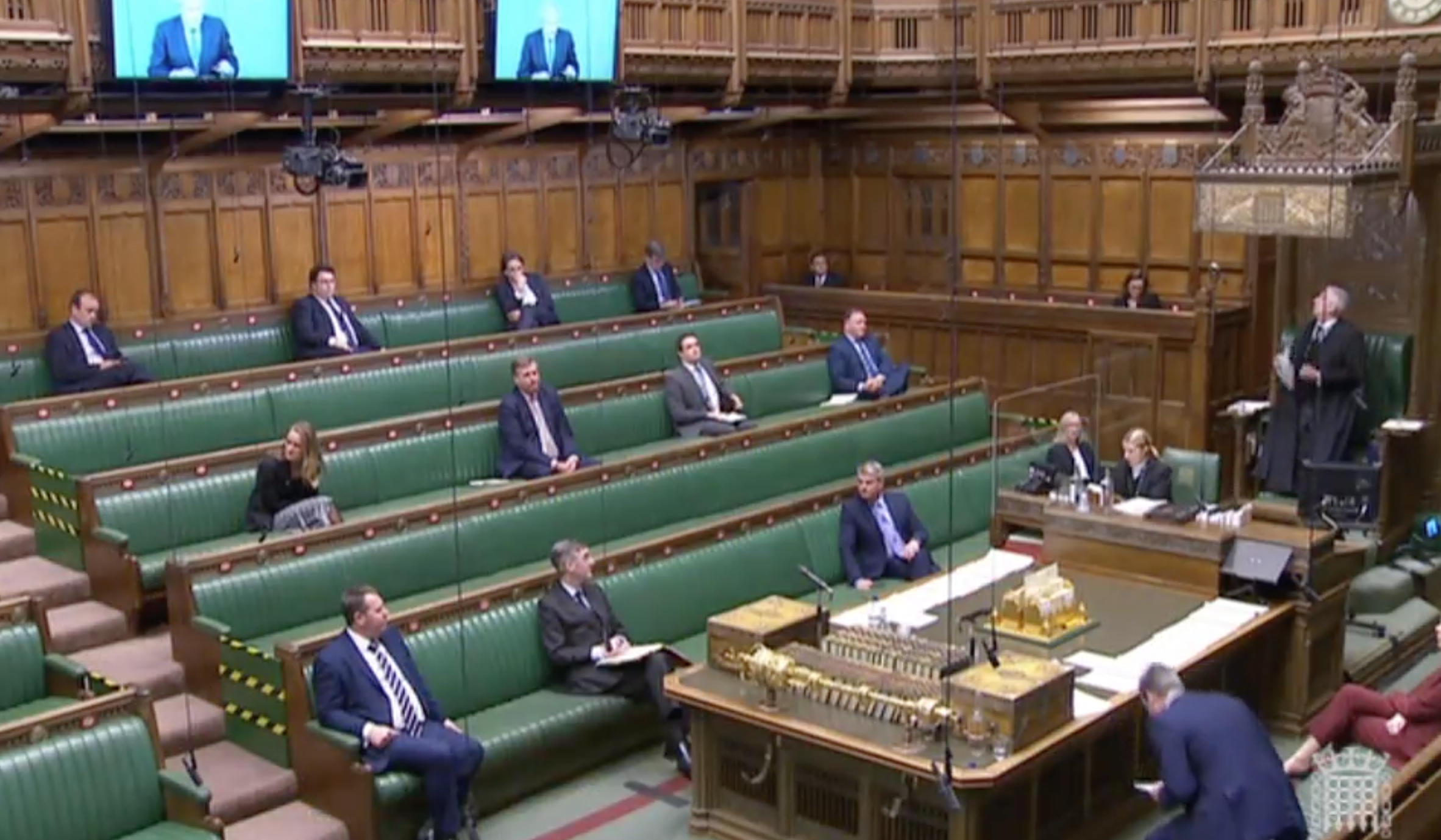 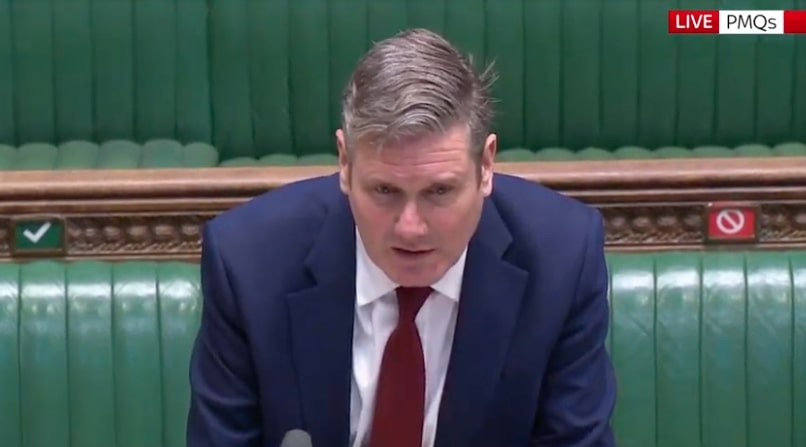 Sir Keir did not join the PM in appearing virtually and quizzed Mr Johnson from the House of Commons.

Sir Keir acknowledged the PM's predicament and said: "Can I send my best wishes to the Prime Minister and all those across the country who are doing the right thing by following the rules and self isolating."

The PM was told to self-isolate over the weekend after having a meeting with Tory MP Lee Anderson, who tested positive for coronavirus.

He joked today NHS Test and Trace had "secured at least one of (Sir Keir's) objectives to keep me from answering these questions in person."

The PM accused the SNP of using devolution as a "campaign" to break up the UK as tensions hit boiling point after Mr Johnson was reported to have told MPs giving power to Scotland was a "disaster".

He said: "I think what has unquestionably been a disaster is the way in which the Scottish (National) party have taken and used devolution as a means … to constantly to campaign for the break up of our country and to turn devolution … into a mission to break up the UK."

But Sir Keir claimed Mr Johnson was stoking the flames which could break up the UK, saying: "The single biggest threat to the future of the United Kingdom is the Prime Minister, every time he opens his mouth.

"When the Prime Minister said he wanted to take back control nobody thought he meant from the Scottish people."

Speaker of the House Sir Lindsay Hoyle reprimanded the PM, who quipped back to him "they're nationals but not nationalists, I see".

SNP Westminster Leader dug in his heels saying the "real disaster" for Scotland would be "20 more years of Westminster Government" and claimed the solution was another bid for independence.

But Mr Johnson shut down his suggestions as "totally wrong".

And the Labour leader slammed Mr Johnson for failing to help people who can't afford to self-isolate.

"If you can't afford to isolate, there's little point in being tested or traced," Sir Keir stormed.

But Mr Johnson said the Treasury had put in place "exceptional" packages in place to ensure people can follow NHS guidelines.

At least six Tory MPs and two Downing Street aides were forced to self isolate after Mr Anderson tested positive.

Previously, when Mr Johnson was sick with coronavirus and unable to attend PMQs, the Foreign Secretary stood in during the weekly appearance.

The PM has been tested for coronavirus but will continue to isolate until next week.

NHS Test & Trace boss Dido Harding was also pinged by her own app and told to self-isolate.

She joked that there were "many hours of zoom ahead" but stressed she was feeling well.