BORIS Johnson was put through his paces during an early morning workout session with his personal trainer today.

The Prime Minister braved the winter weather in his woolly red hat as he lunged and squatted his way around a park in London. 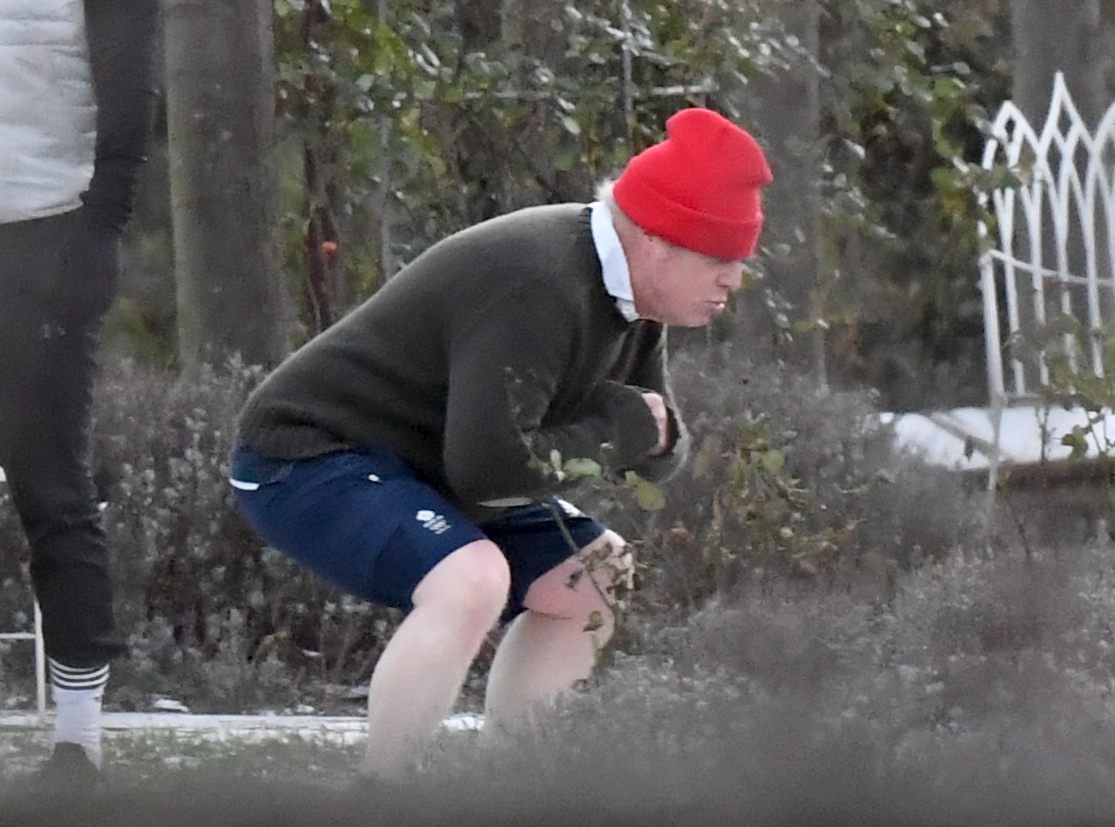 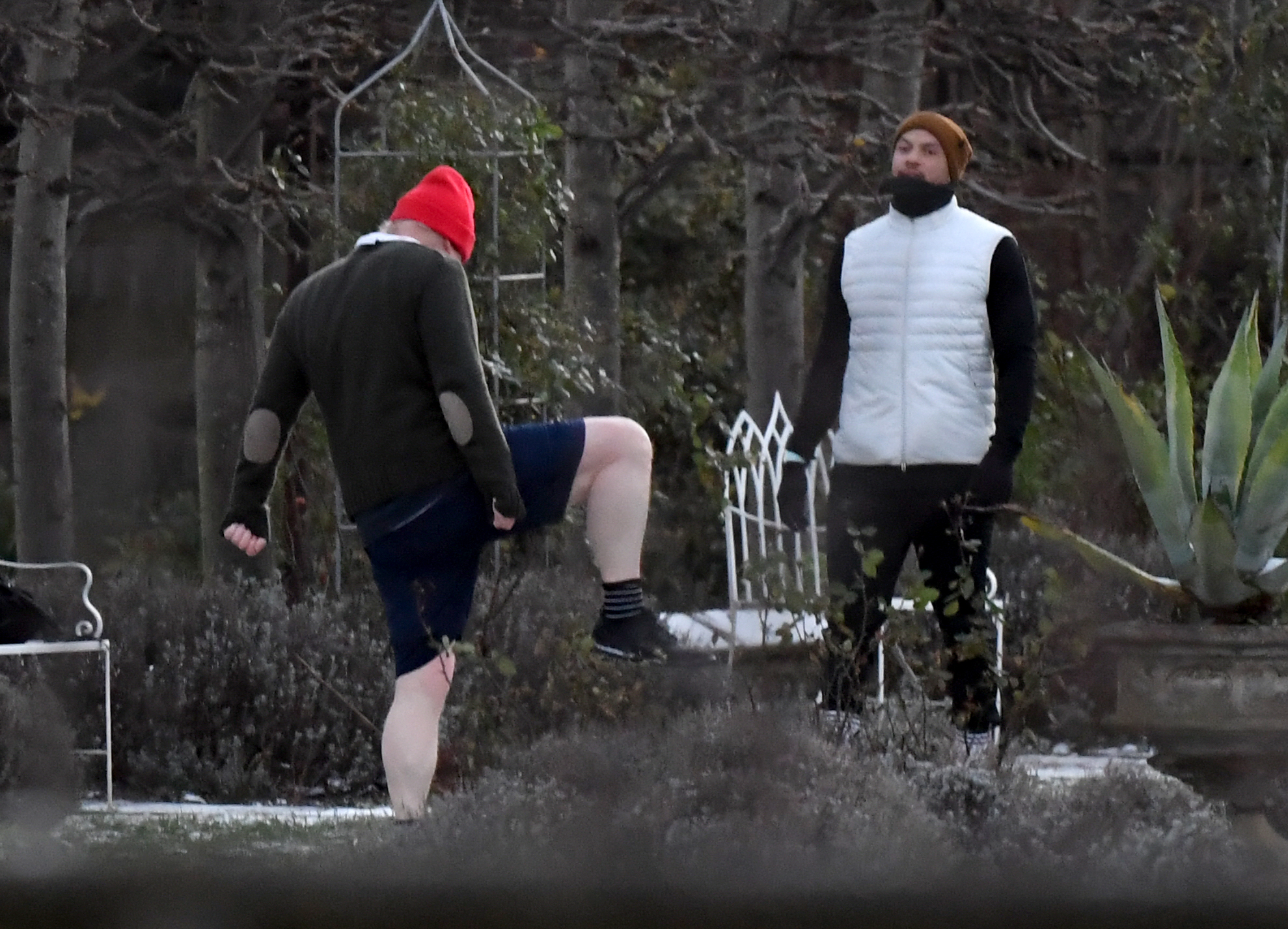 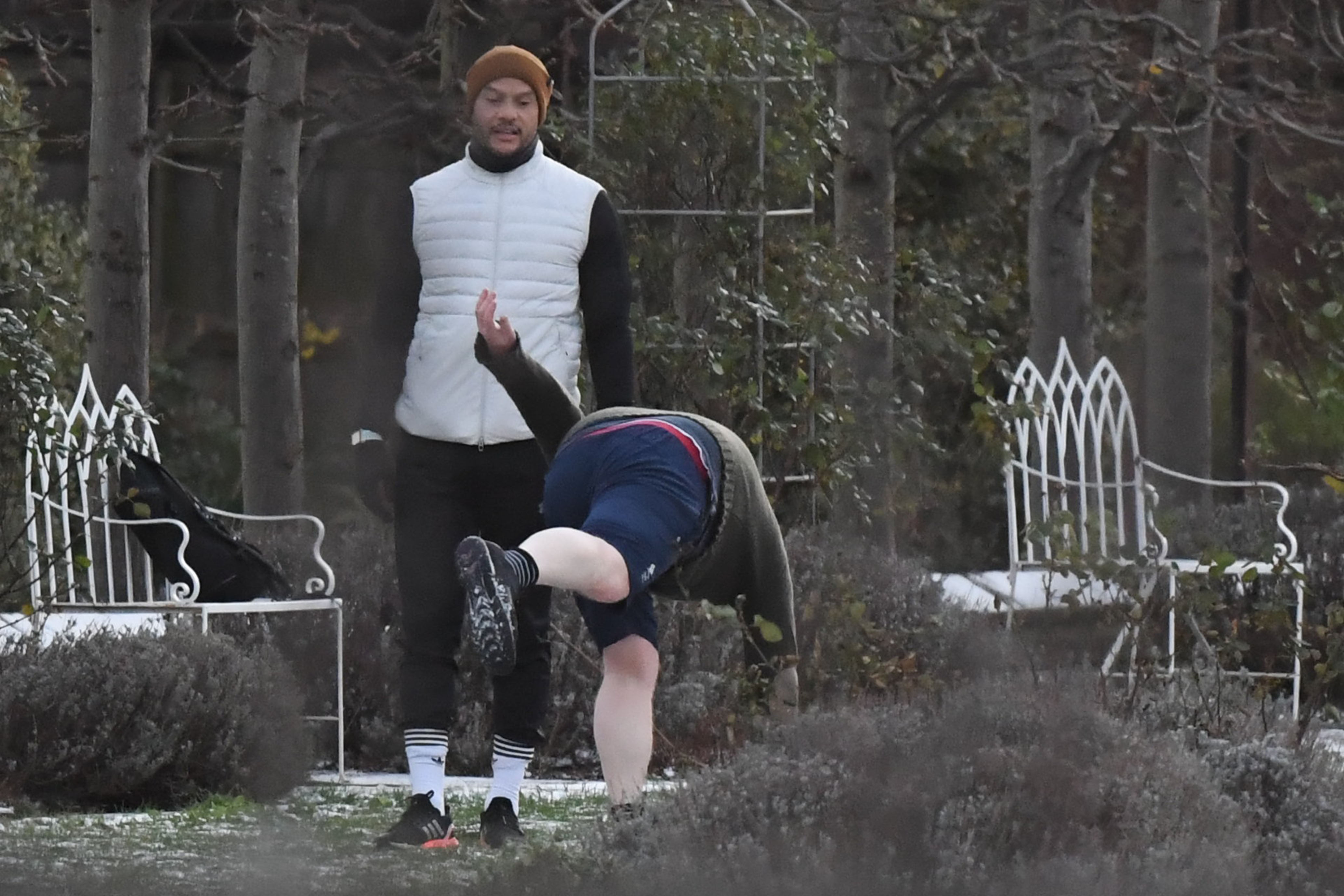 He put the PM through his paces as he stretched out his quads and glutes in the park.

Feeling the burn, Boris looked out of breath as he embarked on his fitness routine and got the blood pumping.

Dressed in a white gilet and brown winter hat, trainer Jameson was seen directing Mr Johnson into the correct positions to help him feel the burn.

At one point, the red-faced Prime Minister was seen getting into a low squat as part of his workout regime.

And during another part of another exercise routine, the PM put one hand on the ground while stretching out a leg in the opposite direction.

Sticking to Covid rules, Boris trained with his fitness guru one-on-one in open spaces – as all Brits are allowed to do during the lockdown. 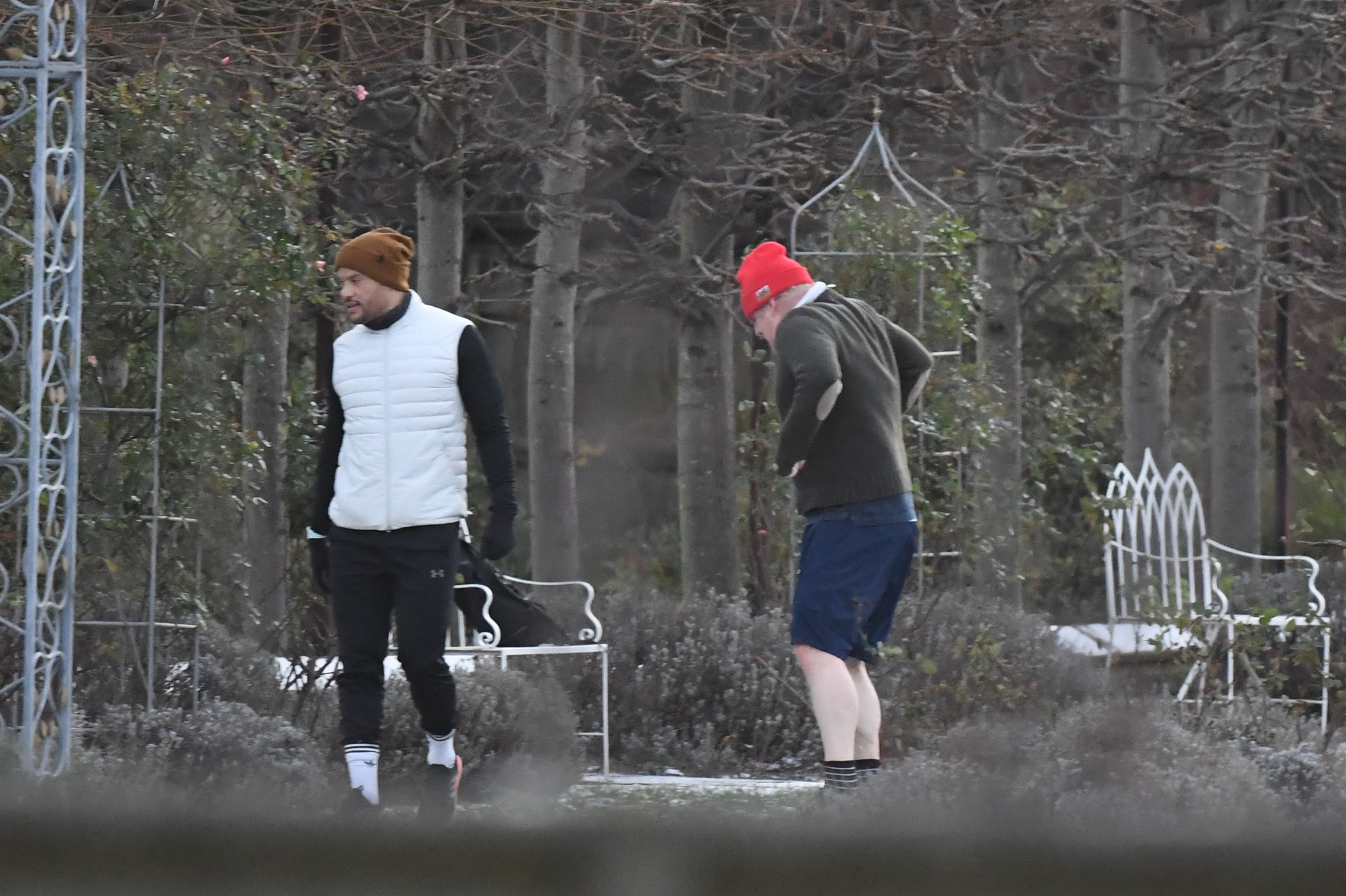 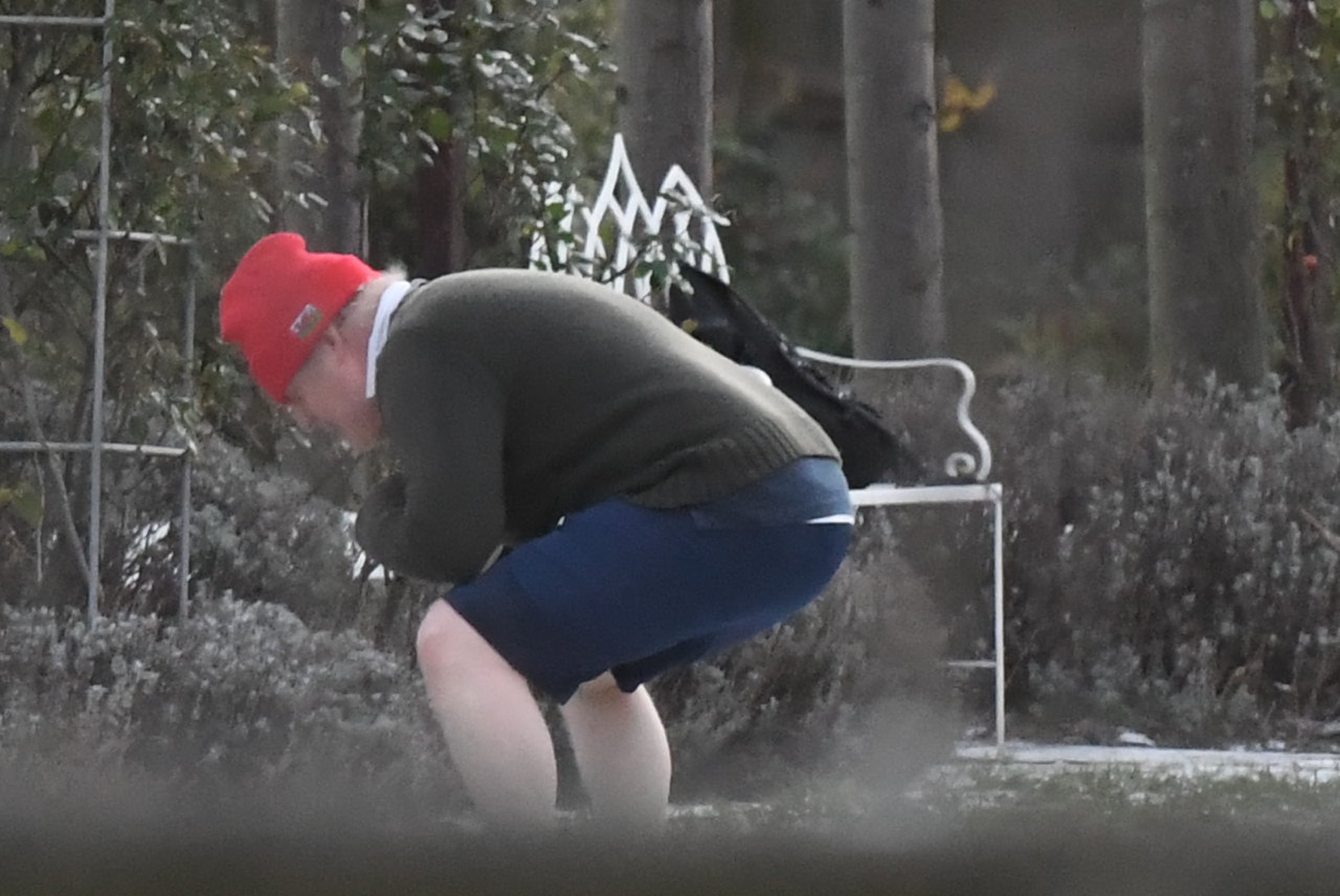 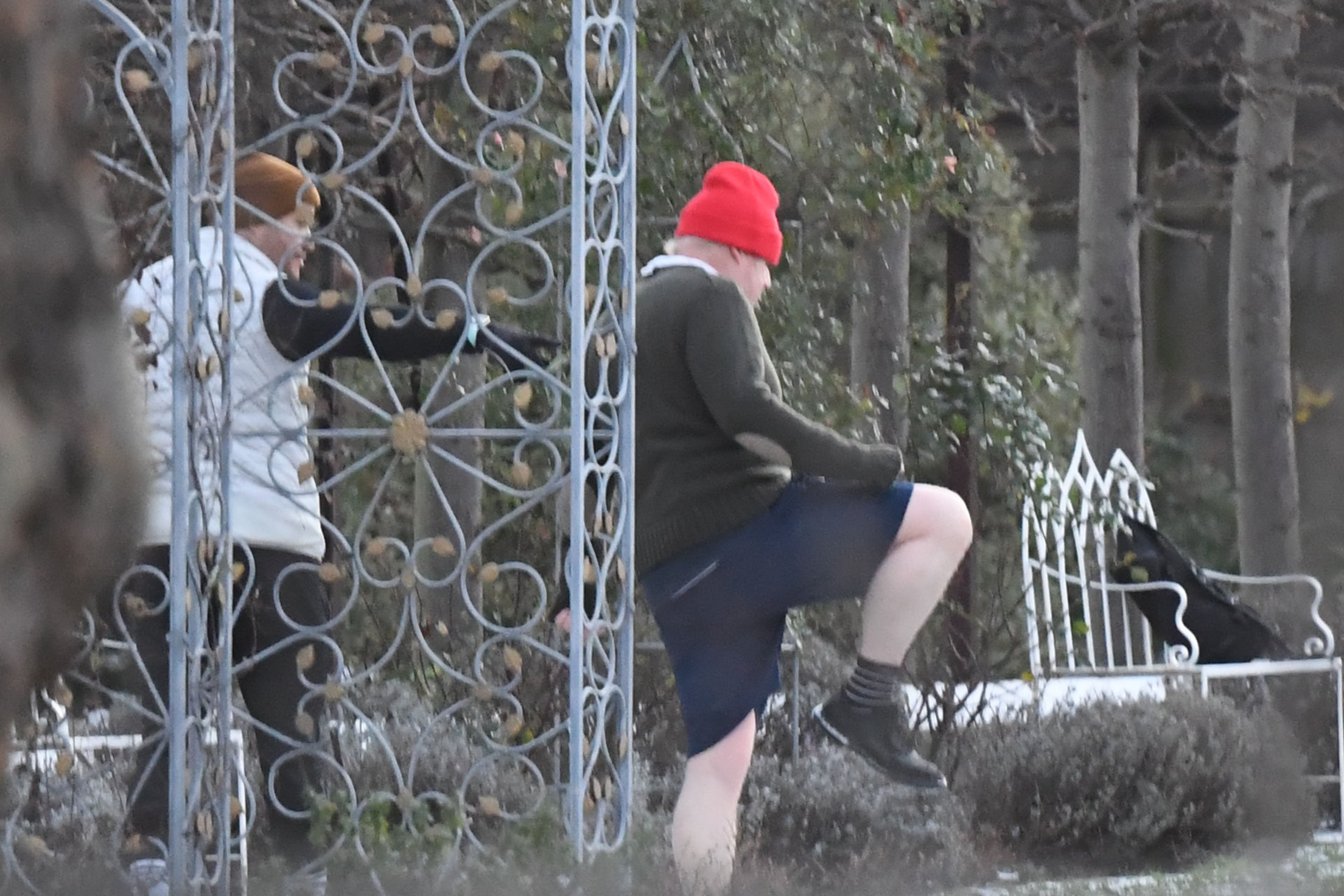 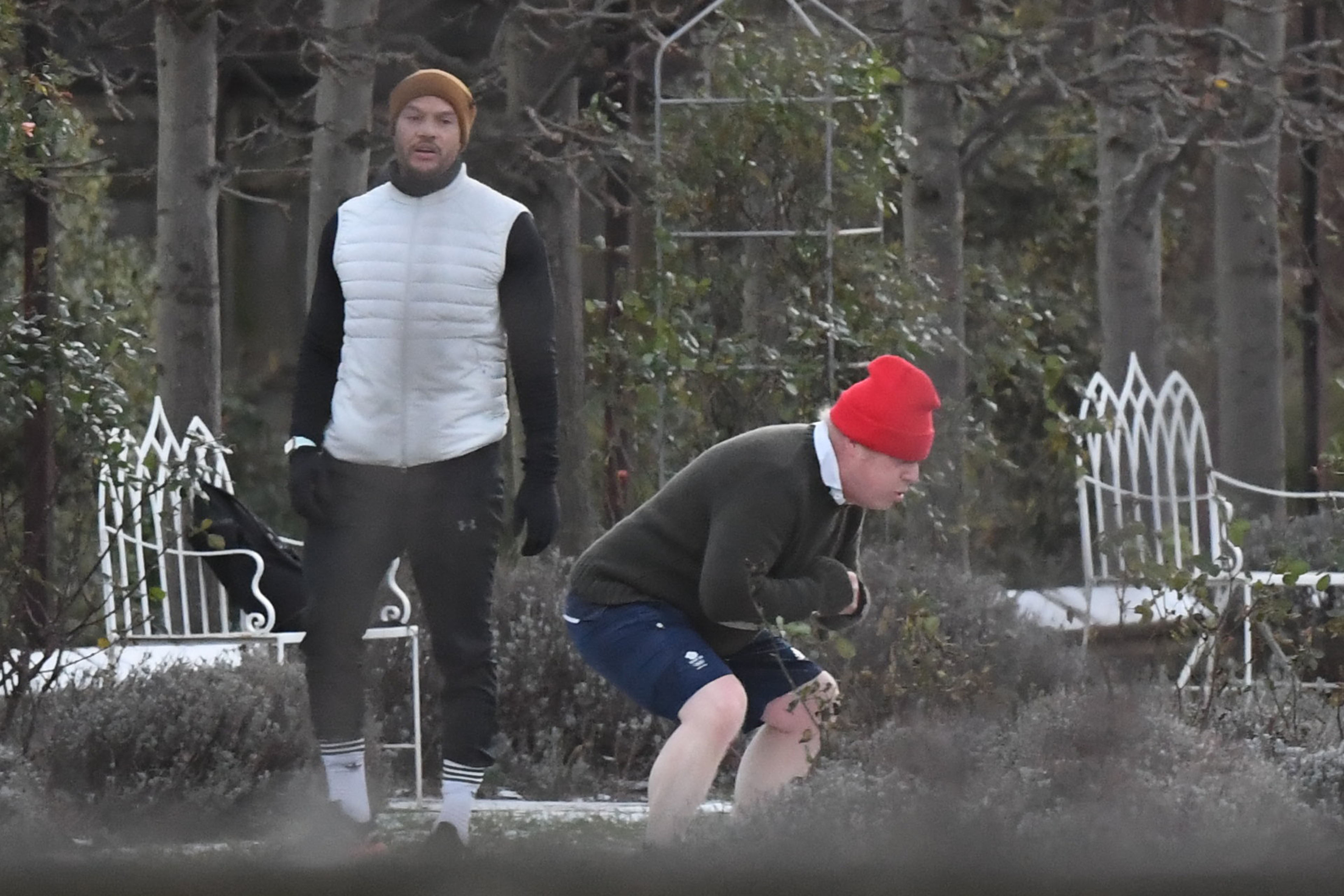 Last summer, Boris Johnson was papped while on a jog with his new trainer – who was hired to help him shape up after his coronavirus battle.

At the time, the PM revealed he'd lost a stone and a half following his fresh health kick.

And he rubbished "nonsense" claims he would quit in 6 months because of his ill-health from his battle with coronavirus – and it seems the PM has kept to his word.

Boris Johnson was admitted to the intensive care unit at St Thomas' Hospital in London last April after he became sick with the virus.

Mr Johnson was given "oxygen treatment" and spent three days in intensive care with the nation on tenterhooks as to whether he would make it.

Harry Jameson is a top celeb personal trainer – and has revealed the best workout routines to burn fat – if that's your goal.

He later blamed his weight as being a factor in why he was sick – and urged the nation to follow him on a health kick.

Harry Jameson is one of Britain's top celebrity personal trainers, with a clientele including Love Island's Laura Whitmore.

During the second lockdown, the fitness guru told The Times: "The challenges of lockdown two have been elevated by the shorter days and darker evenings, but weight loss is a case of calories in versus calories out, and long, rhythmic cardio is the best way to achieve that and to provide the perfect base from which to achieve a smaller waistline.

"When you incorporate exercises such as squats and lunges, thrusters and rotational planks, you will accelerate fat loss from the whole body as well as from your middle." 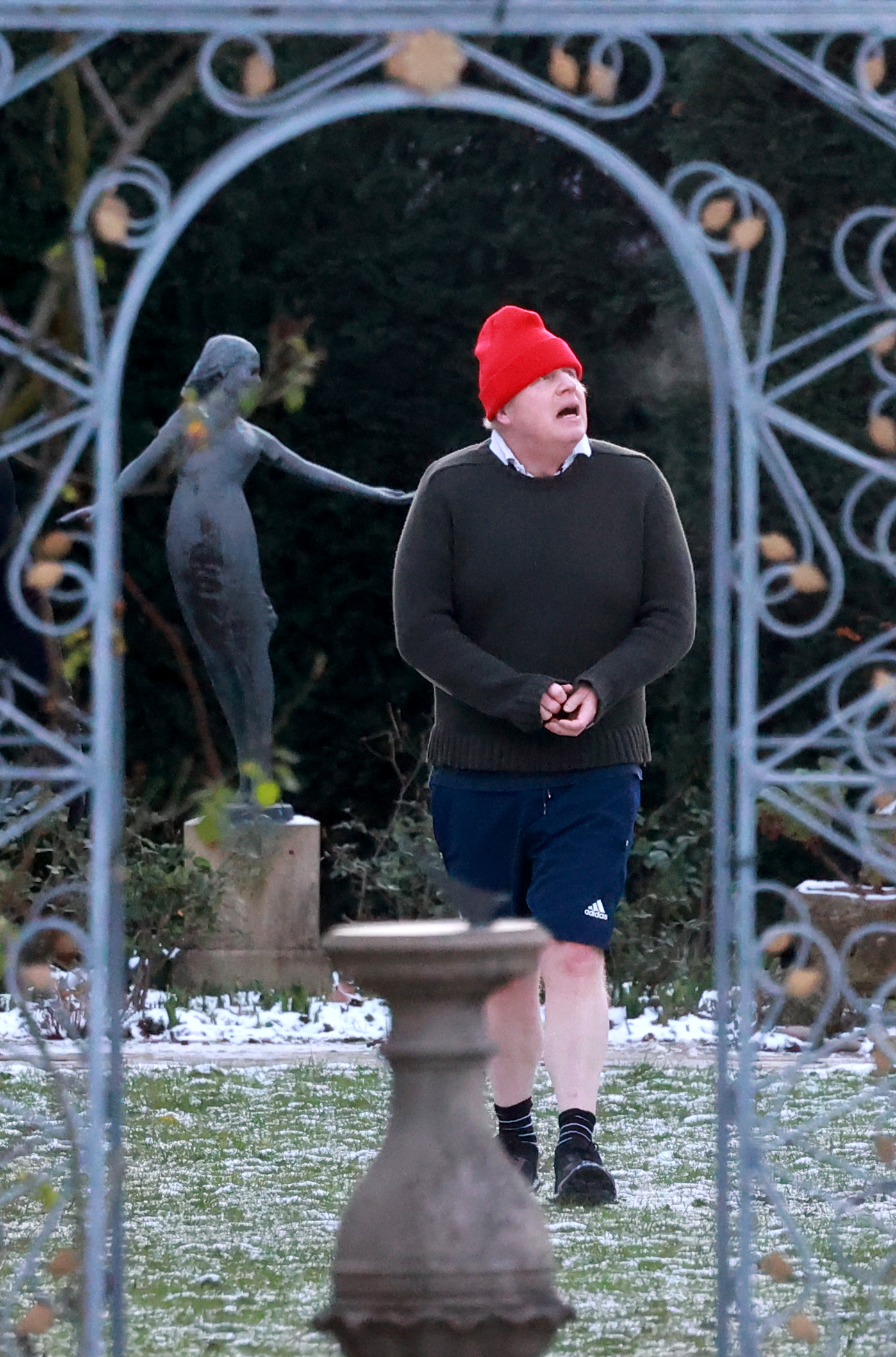