BRAZIL'S president Jair Bolsonaro has revealed he is is taking anti-malaria drug hydroxychloroquine for his coronavirus.

The drug has been touted as a treatment for the virus by Donald Trump – to whom Bolsonaro is often compared – though scientific studies have so far found it ineffective. 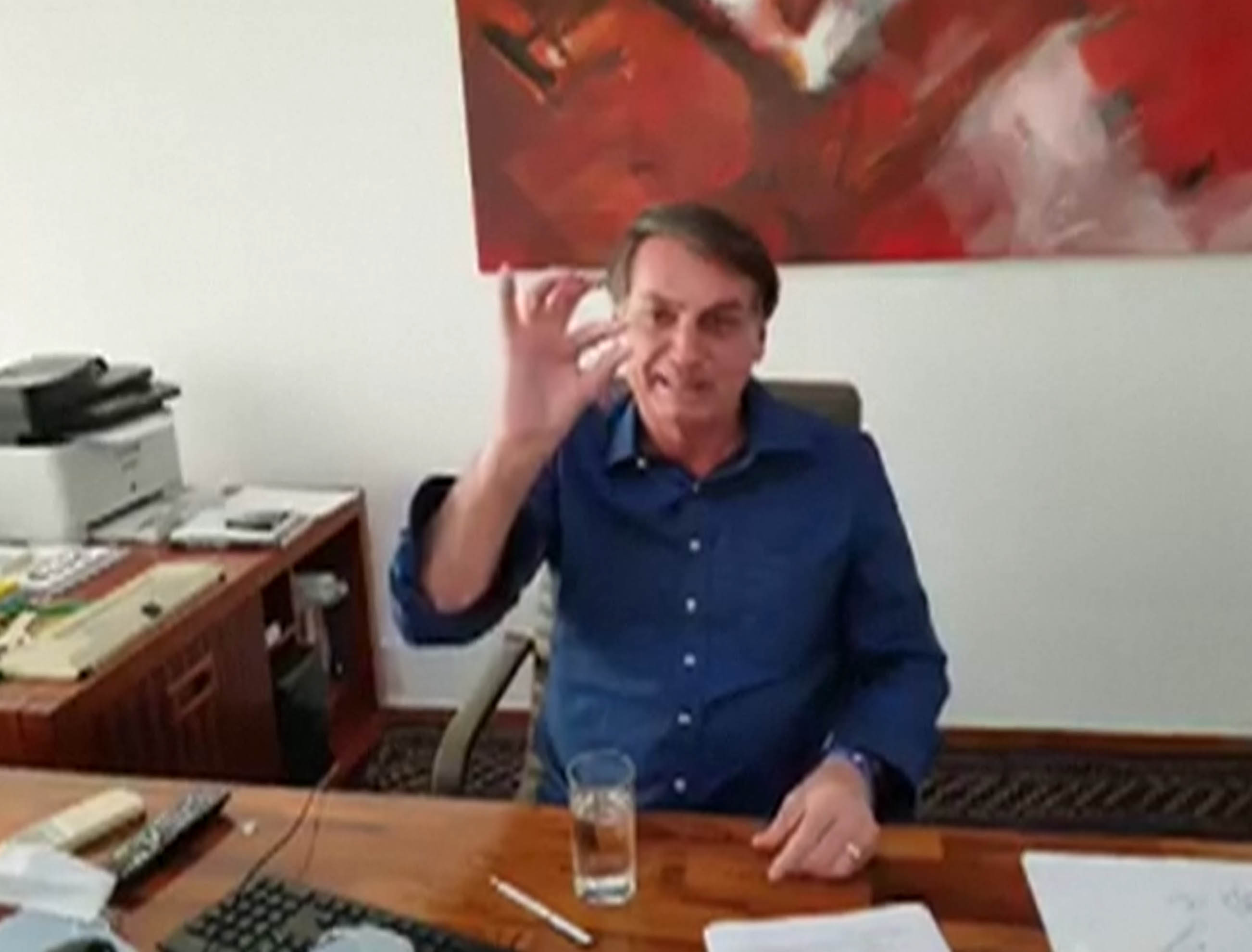 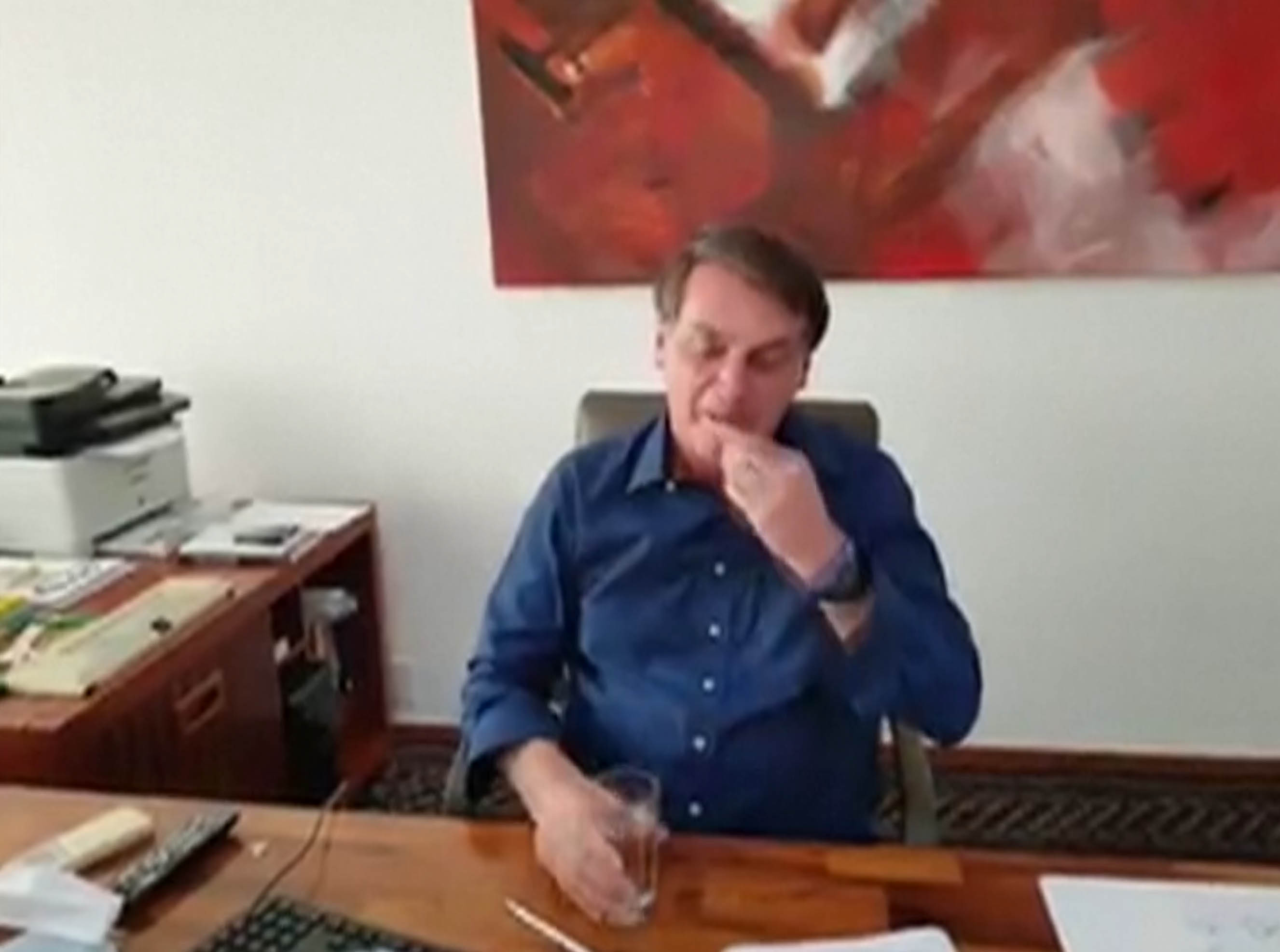 The 65-year-old, who previously dismissed coronavirus as a "little flu," took the test on Monday after developing symptoms.

Brazil, the world's sixth most populous nation, with more than 210million people, is one of the global hot spots of the pandemic.

The president – dubbed the "Trump of the Tropics" – told reporters he underwent a lung X-ray after experiencing fever and muscle aches.

Bolsonaro said his temperature had subsided and attributed the improvement to hydroxychloroquine.

He posted a video to Facebook of him taking his third dose of hydroxychloroquine on Tuesday.

“Today I'm a lot better, so certainly it's working. We know today there are other remedies that can help fight the coronavirus,” he said.

“We know none of them have their efficacy scientifically proven, but I'm one more person for whom this is working. So I trust hydroxychloroquine. And you?”

Bolsonaro, whose age puts him within an at risk group, told reporters he felt "well, normal" and took off his mask as he announced his positive yest yesterday.

The president, who has repeatedly downplayed the risks of the coronavirus, told supporters outside the presidential residence in capital Brasilia that he is feeling well.

"I even want to take a walk around here, but I can't due to medical recommendations," he said. 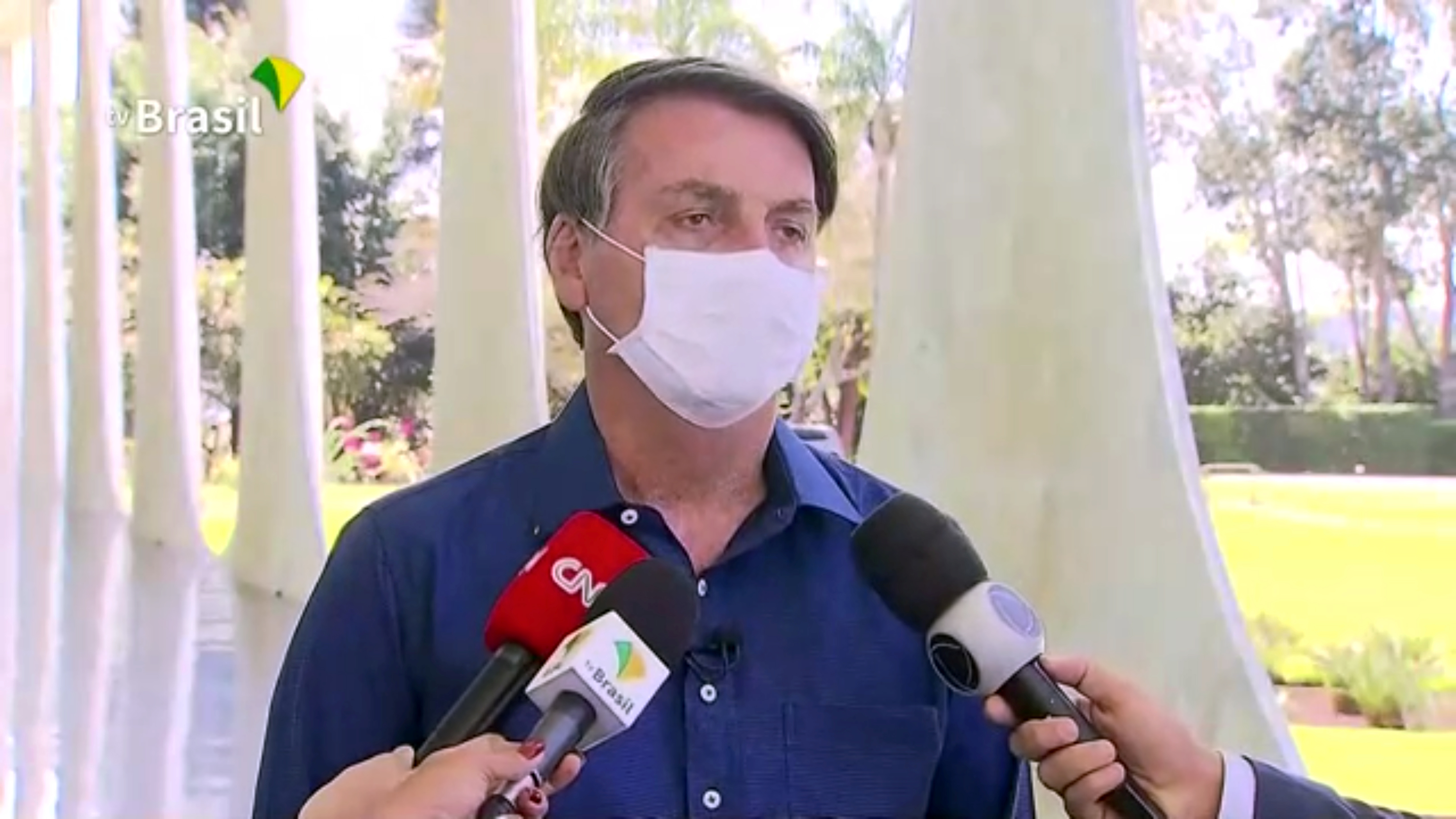 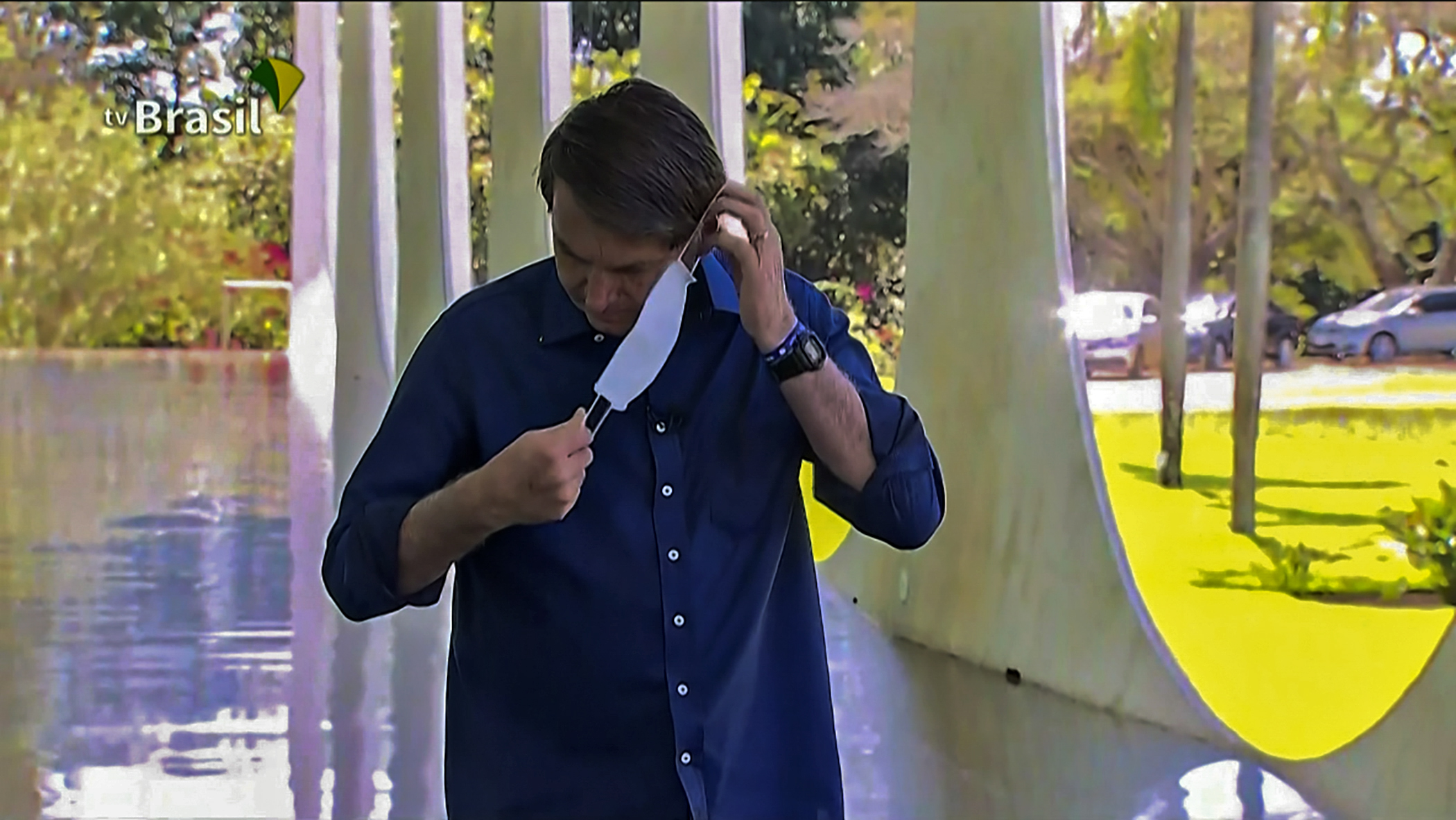 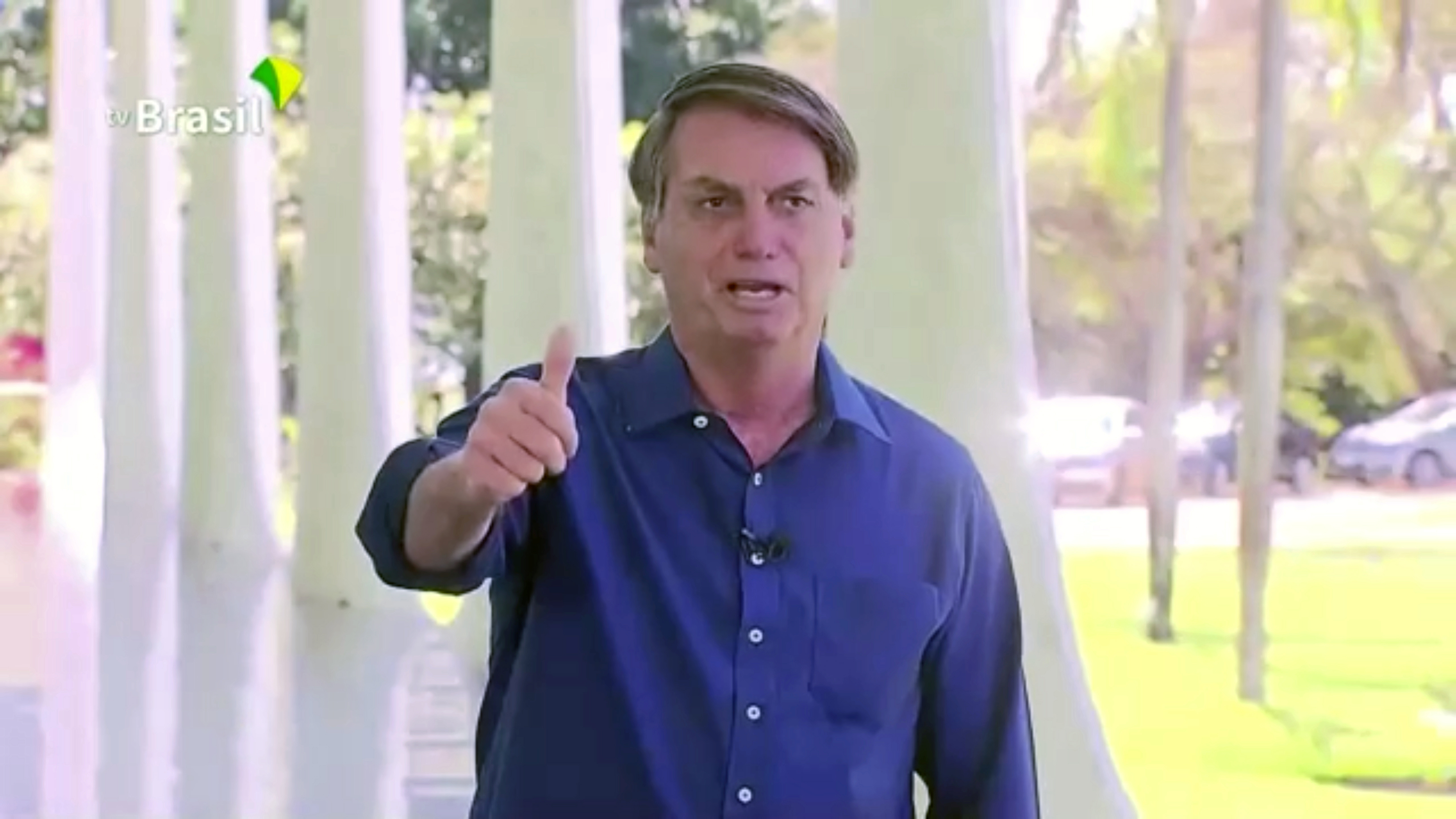 In May, the US president said he was no longer taking the drug after revealing that he had been taking one every day for over a week to stave off coronavirus, though he continues to champion its use.

After initially being approved for use by a number of countries for treating Covid-19, concerns emerged about its safety.

The powerful drug can cause a number of side effects, including heart rhythm problems, severely low blood pressure and muscle or nerve damage, warn researchers.

Food and Drug Administration (FDA) issued a warning due to the increased risk of heart problems.

France, Italy and Belgium halted the use of hydroxychloroquine to treat patients suffering from Covid-19, the illness caused by the coronavirus, amid questions about its safety.

Their decision moves follows a World Health Organization (WHO) decision to pause a large trial of hydroxychloroquine due to safety fears.

And an international trial of the drug led by the University of Oxford was also paused.

In my particular case, with my athletic history, if I were infected with the virus, I would have no reason to worry

Bolsonaro's championing of hydroxychloroquine led to two successive health ministers quitting their jobs in April and May.

Leandro Consentino, a political scientist at a Sao Paulo university, said Bolsonaro would “take advantage of the illness to advertise for chloroquine”.

“He's going down a path of trying to indicate to his base of support that Covid-19 is just a little flu,” Consentino said.

More than 65,000 Brazilians have so far died from Covid-19 and more than 1.5million have been infected.

Both numbers are the world's second-highest totals, and are considered to be undercounts due to the lack of widespread testing.

The president has often appeared in public to shake hands with supporters and mingle with crowds, at times without a mask.

In March, Bolsonaro claimed that "as an athlete" he would have "nothing to worry about" were he to contract coronavirus as he pushed back against lockdown measures.

Bolsonaro, who was spotted coughing at an anti-lockdown rally, claims he would "feel nothing" if he caught the virus. 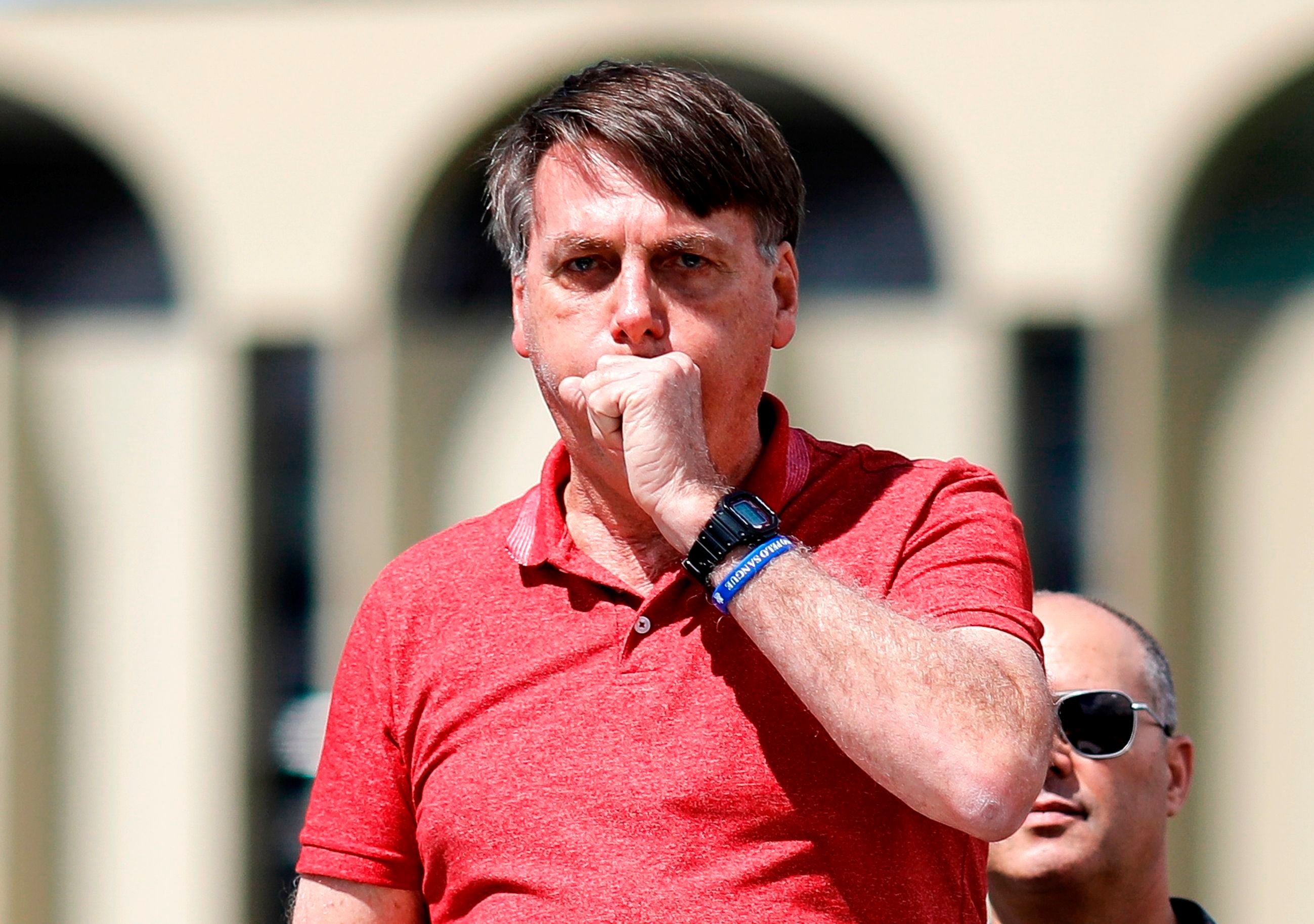 Speaking on TV Brazilhe said: "In my particular case, with my athletic history, if I were infected with the virus, I would have no reason to worry.

"I would feel nothing, or it would be at most just a little flu or a little cold."

He has also repeatedly said that there is no way to prevent 70 per cent of the population falling ill with Covid-19.

Local authorities' measures to shut down economic activity would ultimately cause more hardship than allowing the virus to run its course, he has said.

Cities and states last month began lifting restrictions that had been imposed to control the spread of the virus, as their deaths began to decline along with the occupation rate of its intensive-care units.

Over the weekend, the Brazilian leader celebrated the U.S. Independence Day with the nation's ambassador to Brazil.

He then shared pictures on social media showing him with his arm around the ambassador alongside several ministers and aides, none of whom wore masks, despite being in close quarters. 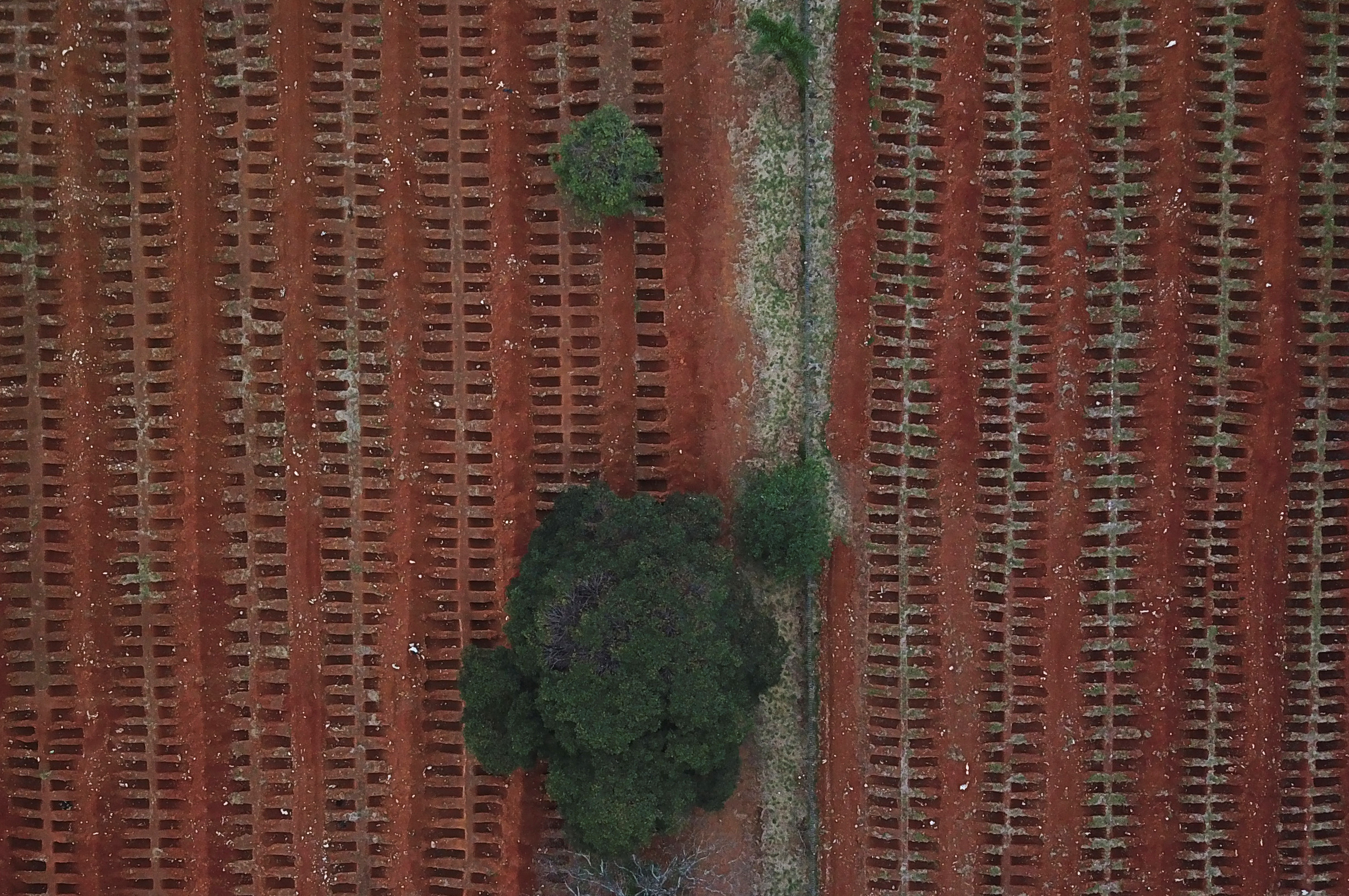 Related posts:
TV and Movies
'The Office': The Dwight Schrute Speech an Impressive Amount of Fans Have Memorized
Coleen Nolan returning to Loose Women tomorrow after sisters' cancer diagnosis
Will Steven Spielberg's 'West Side Story' Premiere in Theaters on Schedule? Here's What We Know About the Future of This Musical Theater Remake
Zoë Kravitz Criticizes Hulu for Lack of Diversity After High Fidelity Cancellation
Recent Posts
This website uses cookies to improve your user experience and to provide you with advertisements that are relevant to your interests. By continuing to browse the site you are agreeing to our use of cookies.Ok