British Muslim leader facing the death penalty in Bangladesh sues Home Secretary Priti Patel for £60,000 after she shared report on Twitter linking him to war crimes

Chowdhury Mueen-Uddin, 71, who strenuously denies claims linking him to the killing of pro-independence activists during the country’s civil war in the 1970s, alleges that he was defamed in a Home Office report last year.

The lawsuit says the Challenging Hateful Extremism document by the Commission for Countering Extremism was shared on the Home Office’s Twitter account, which has almost one million followers, and retweeted by Ms Patel and others – including BBC journalist Mishal Husain and the human rights campaigner Peter Tatchell.

Mr Mueen-Uddin, who helped found the Muslim Council of Great Britain and was pictured in 2003 with Prince Charles while vice-chairman of the East London Mosque, alleges the report libelled him by stating that he was responsible for serious criminal violence, including crimes against humanity, during the Bangladeshi war of independence in 1971. 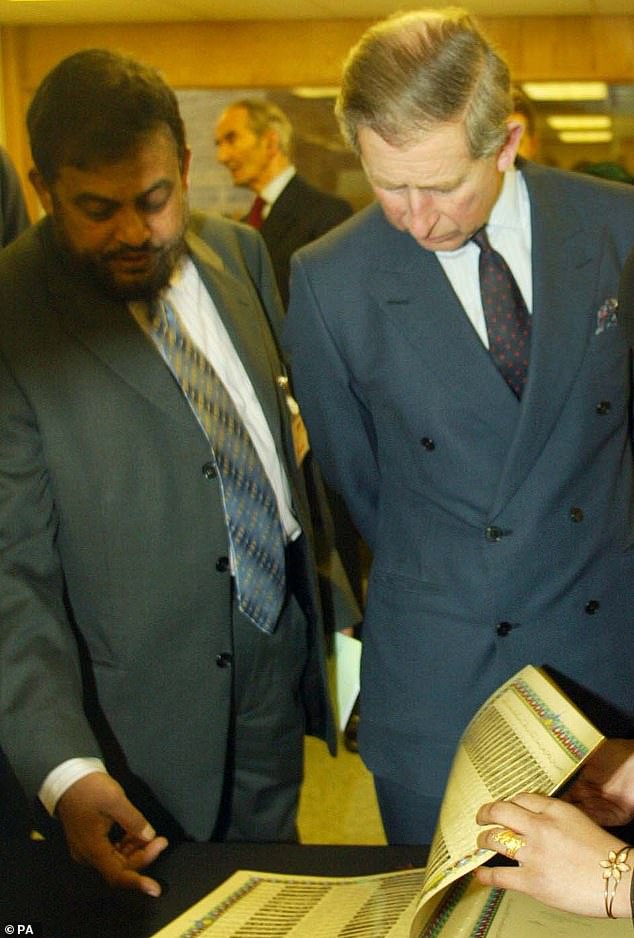 Chowdhury Mueen-Uddin, 71, (left) who is facing the death penalty in Bangladesh for alleged war crimes is suing Home Secretary Priti Patel for £60,000 in libel damages. Pictured: The Prince of Wales meets Mr Mueen-Uddin in 2003

The father-of-four, who lives in North London, insists he has not committed war crimes, is not a link between the perpetrators of the 1971 violence and the leadership of the Islamist Jamaat-e-Islami party’s UK branch and is not and never has been a senior leader of the Jamaat-e-Islami political group.

Seven years ago, Mr Mueen-Uddin was convicted in his absence of crimes against humanity for allegedly leading a militia said to have killed 18 intellectuals while it fought the split from Pakistan.

He was sentenced to hang by the International Crimes Tribunal in Bangladesh.

But he says the tribunal has been widely condemned and discredited, citing Liberal Democrat peer Lord Carlile, who described the tribunal as ‘not fit for purpose’ and the case against Mr Mueen-Uddin as ‘nothing short of farcical’.

In 2012, The Mail on Sunday revealed that Mr Mueen-Uddin, who at the time had a senior role with the NHS, was facing prosecution by the tribunal which is based in Bangladesh’s capital Dhaka.

His writ, submitted to the High Court last month, also claims that the Challenging Hateful Extremism report breached European data protection regulations and that his personal information was unlawfully used.

The report, originally published in October last year, remained on the Government’s website until March 20 after the Commission initially dismissed Mr Mueen-Uddin’s complaint. It later removed references to him and deleted his personal data.

Mr Mueen-Uddin, who fled Bangladesh after the war and gained British citizenship, claims the report’s publication caused him severe distress and embarrassment which was aggravated by the Commission’s failure to contact him before publishing the allegations.

He says he suffered further when the Home Secretary’s lawyers wrote to him in February, suggesting it was ‘fanciful’ that the report had seriously harmed his reputation.

A Home Office spokesman said: ‘This relates to claims made within a report published by the Independent Commission for Countering Extremism.

‘However, given the Home Office is the sponsoring department for the commission, we are unable to comment further while legal proceedings are ongoing.’