BRITS are braced for flash floods and heavy downpours as the August Bank Holiday weekend gets off to a soggy start.

The country is set to be battered with almost half of August's average rainfall today with thunderstorms threatening a weekend washout. 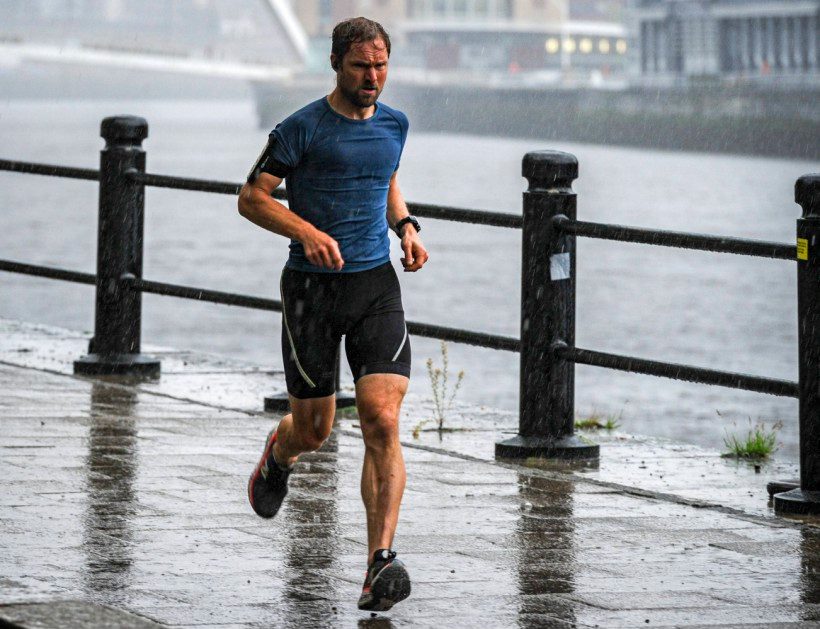 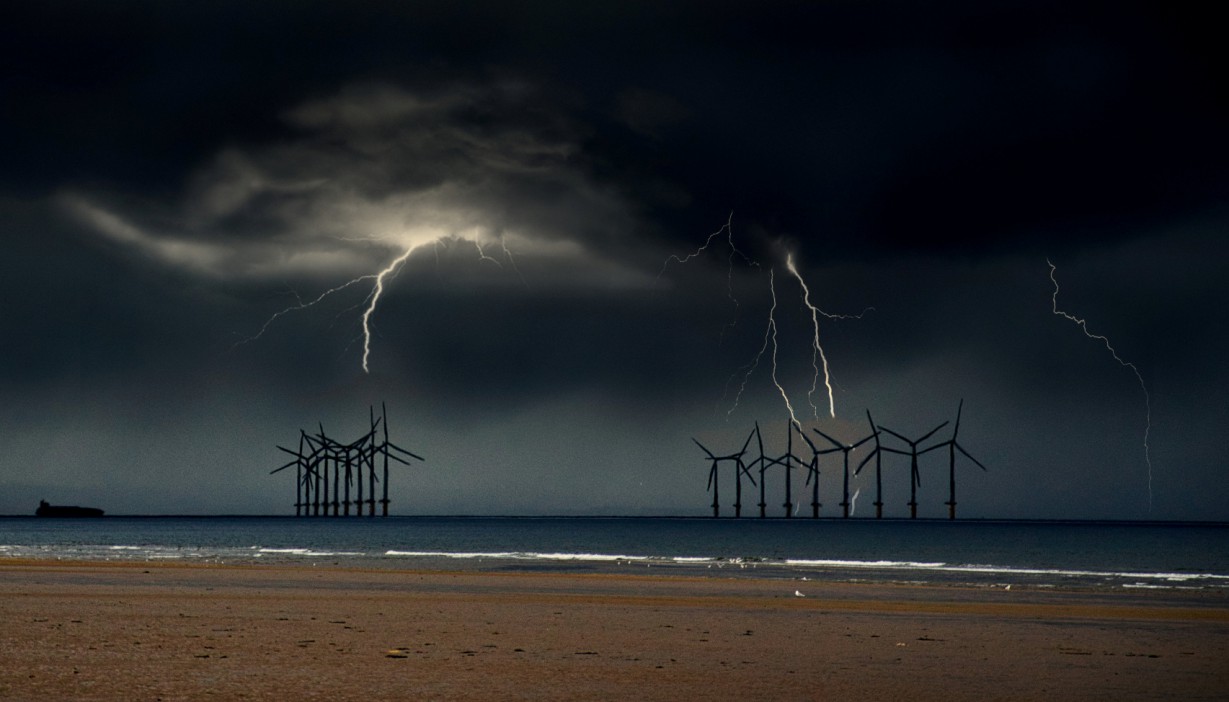 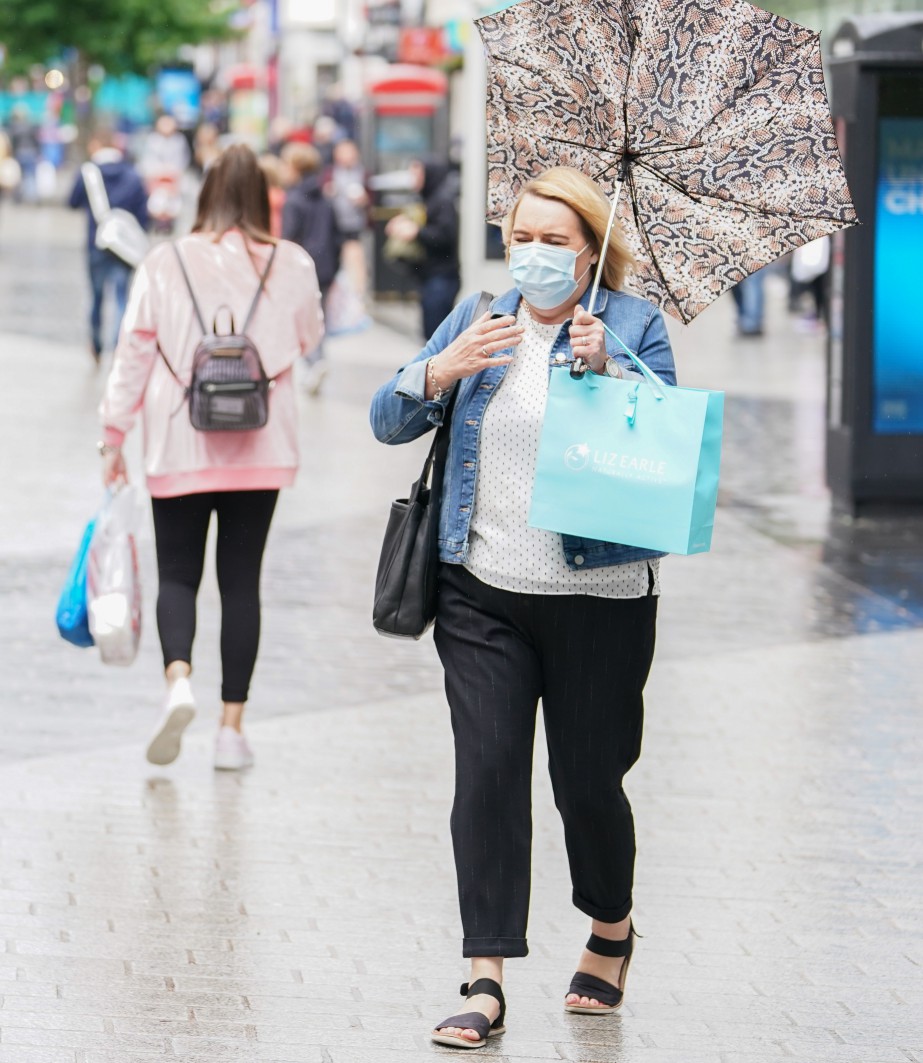 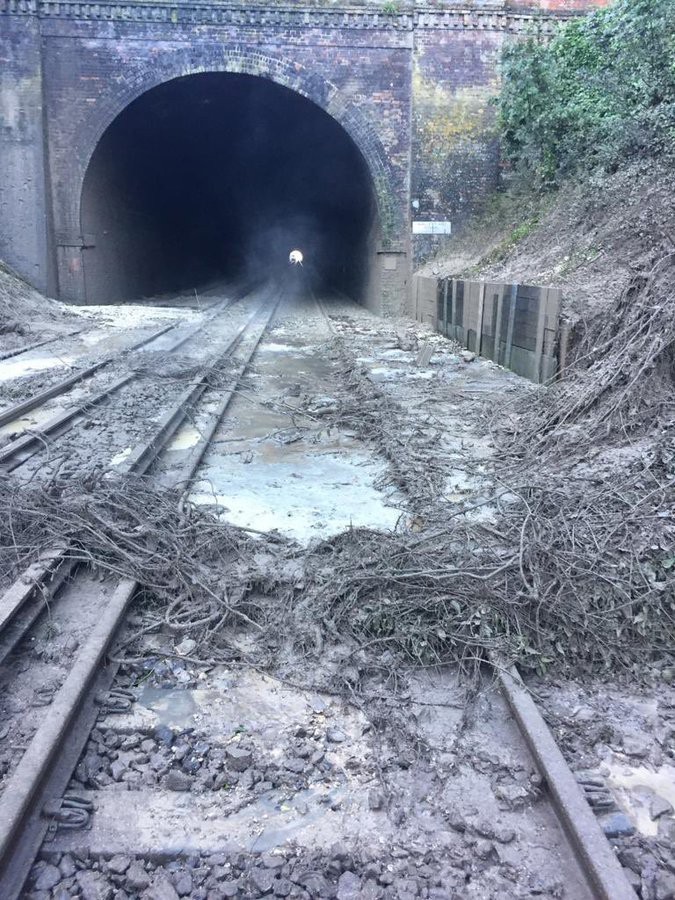 18million leisure trips are expected to clog up the UK's roads as rain and gale-force winds hit the country.

The Bank Holiday weekend also kicked off with power cuts after the Met Office warned of thunderstorms.

In a yellow weather warning issued by the Met Office, the south of the country could see up to 40mm of rainfall in a few hours on Friday.

Showers are set to continue over the weekend – as millions of Brits hope to get away.

But despite the looming tavel chaos thanks to the weather, domestic accommodation bookings have shot through the roof.

The heatwave at the beginning of the month will feel like a long distant memory as temperatures plunge – with forecasters expecting the mercury to fall to single figures overnight.

Temperatures are likely to remain in the teens for vast swathes, with a maximum of just 20C (68F) expected in the south.

Chief Meteorologist at the Met Office, Frank Saunders, said: “It’ll feel quite cool despite the sunshine, as northerly winds bring below average temperatures for the time of year with highs of around 16 to 18 Celsius. 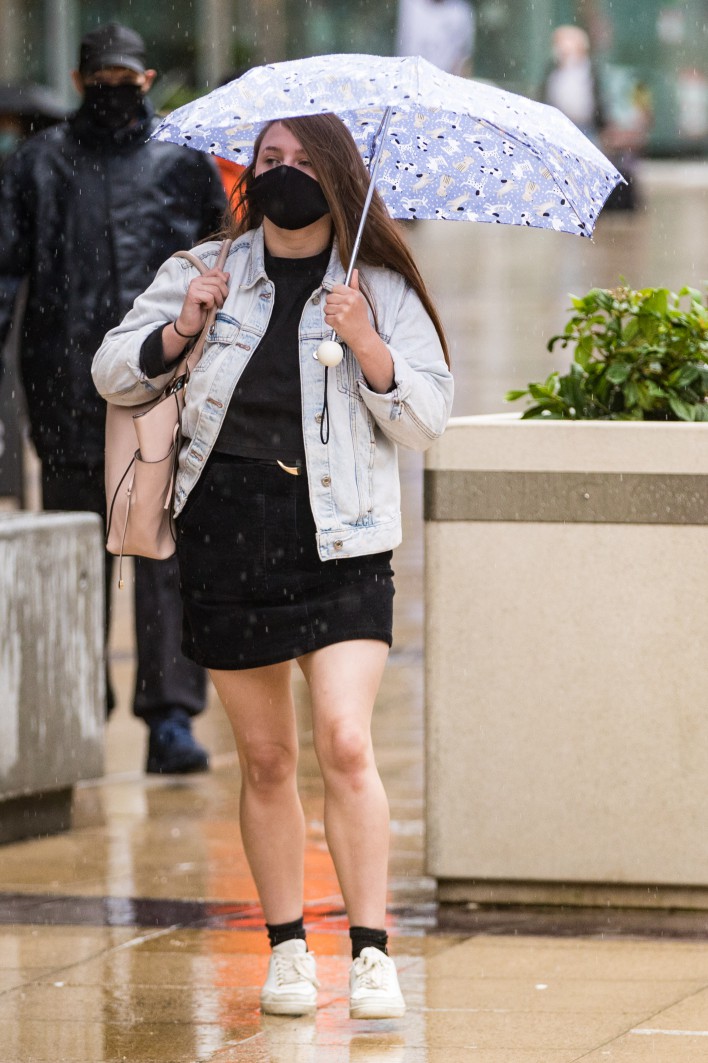 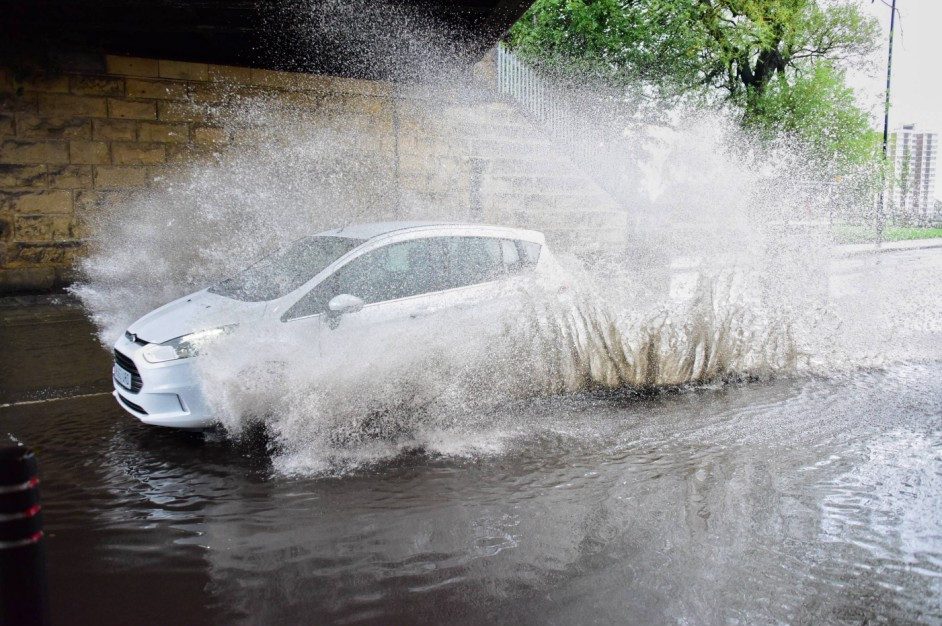 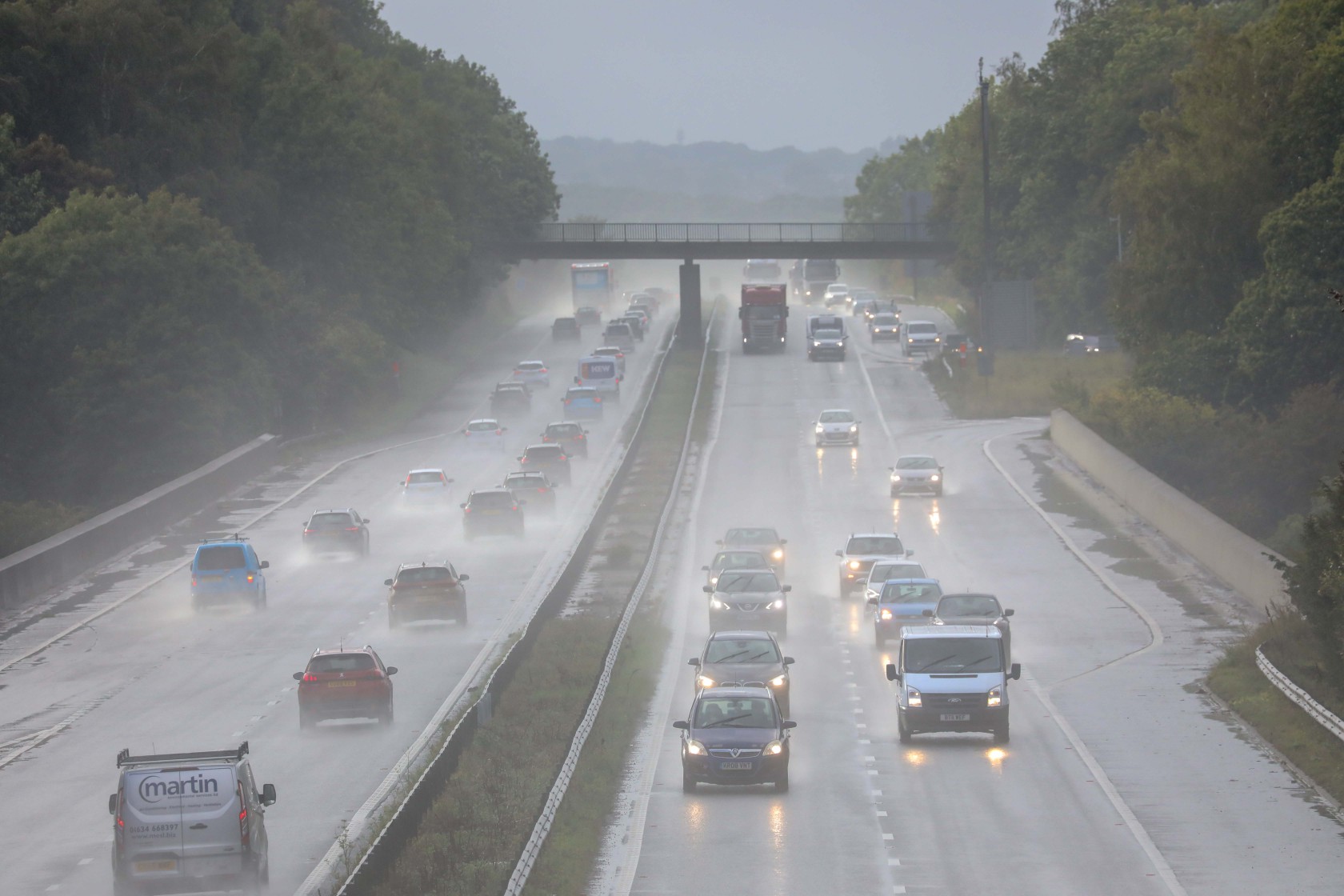 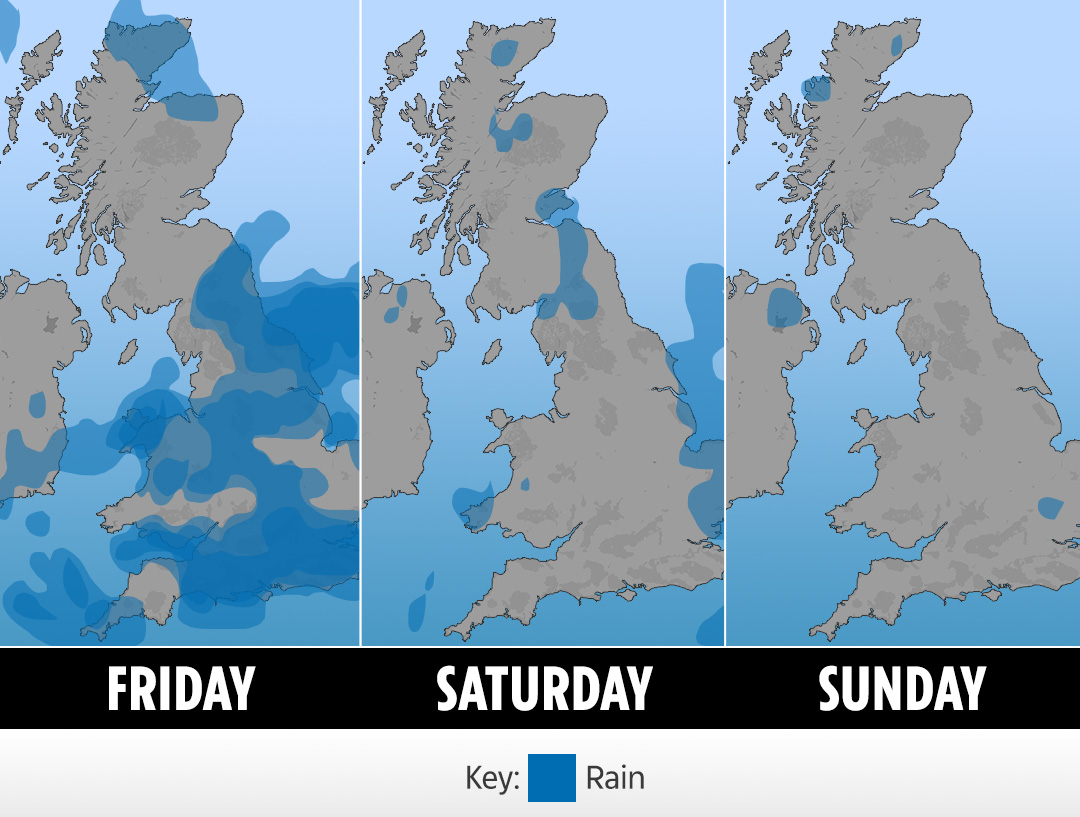 "At night it’ll feel really quite chilly, with temperatures dropping to single figures for most, and a chance of air frost in Scottish glens."

Localised flooding and travel disruption are expected, with a yellow warning for heavy rain covering most of southern England and parts of south Wales.

Meteorologist Alex Burkill said that "persistent rain" had already hit affected areas, with 44mm falling on St Columb in Cornwall in the six hours up to 2pm on Thursday.

He added: "There will be some localised flooding perhaps, but also really quite treacherous driving conditions."

A video shared on Twitter on Thursday showed a cyclist riding up a flooded Beaumont Road in Plymouth, Devon. 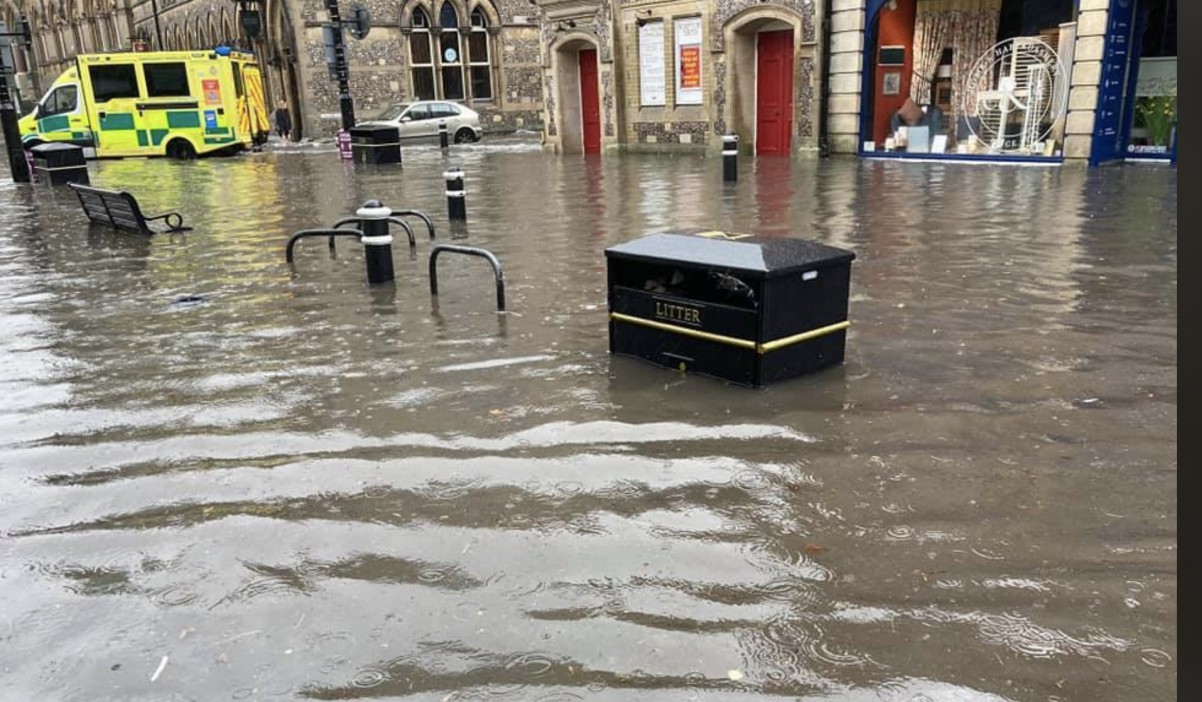 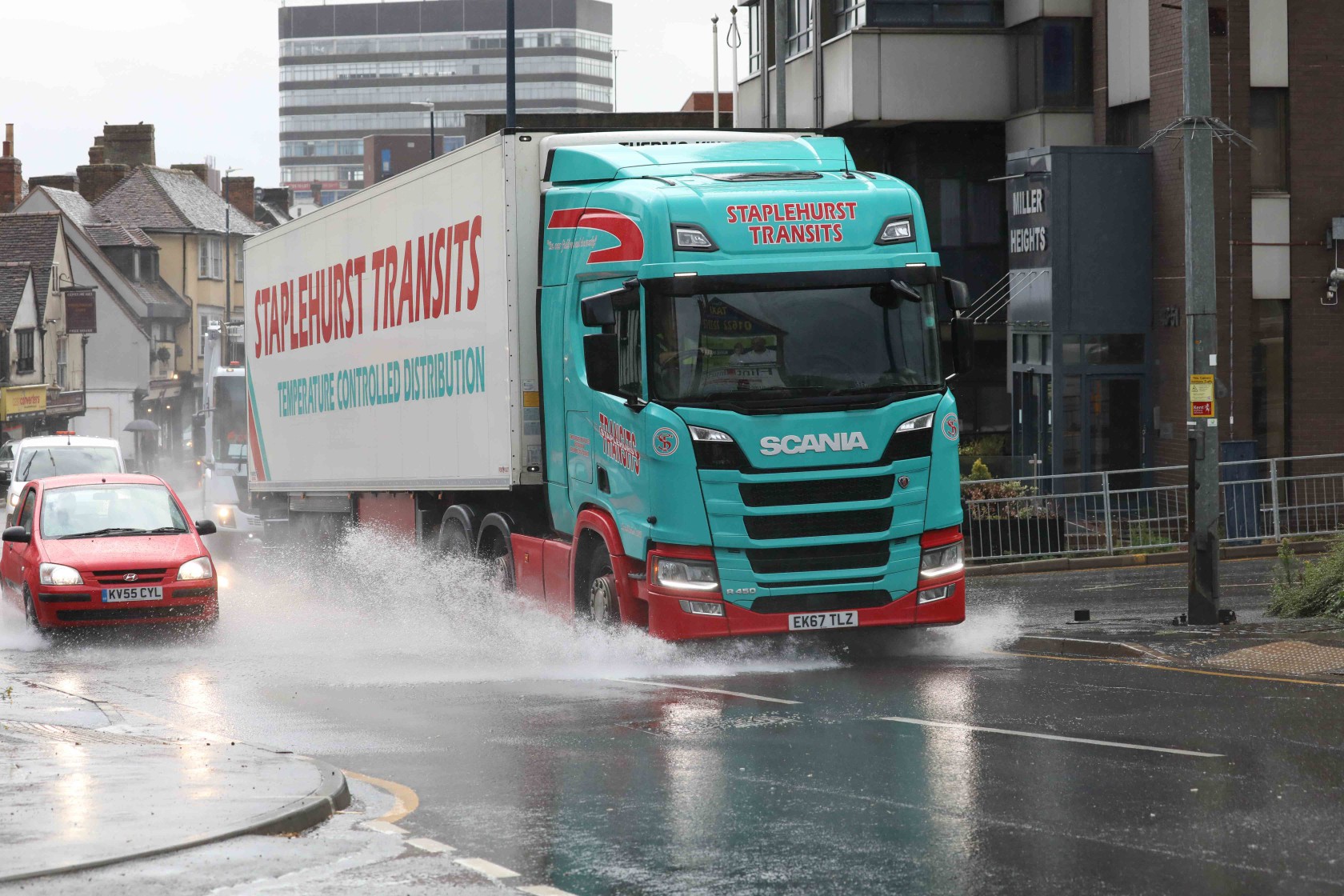 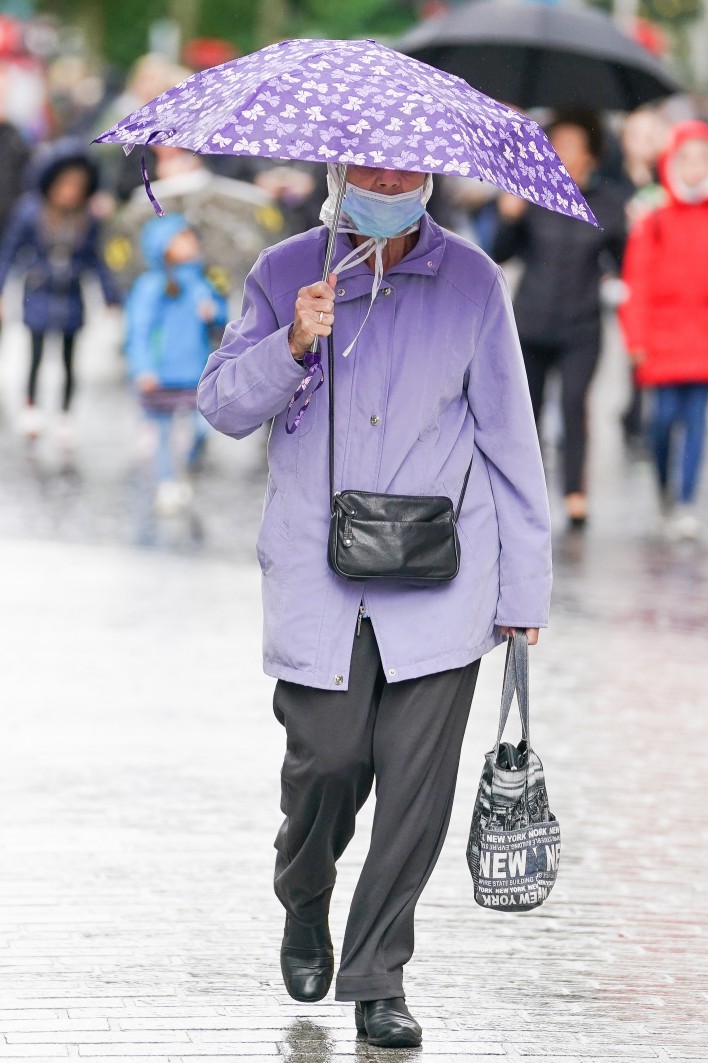 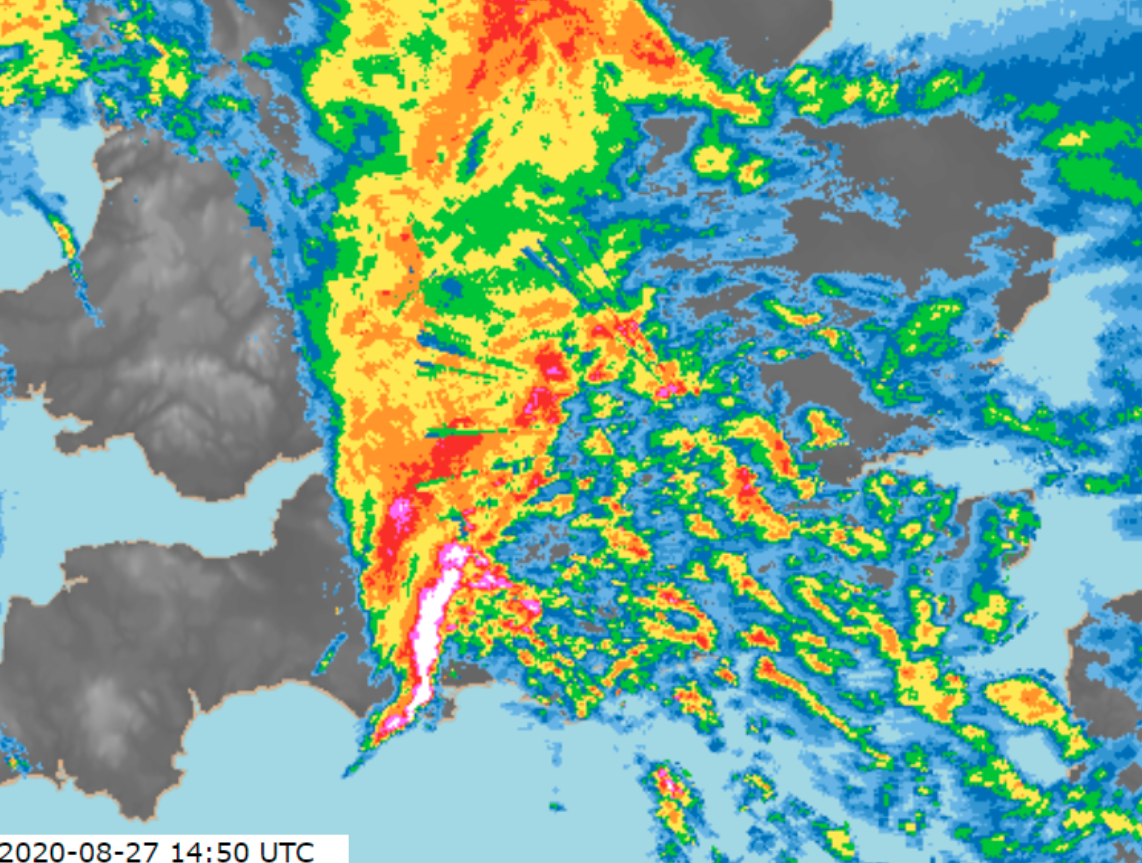 On Friday, another yellow weather warning for heavy showers and thunderstorms has been put in place for 11am to 8pm, covering a slightly larger area of south Wales and southern England.

Mr Burkill said: "We have the risk of some really heavy torrential downpours, with some large hail and lightning and thunder mixed in too.

"But it's during the intense downpours that we're quite likely to see some surface water flooding in a few places and again really quite difficult driving conditions.

"Obviously, it's the Friday before the bank holiday weekend, so lots of people will be planning to take to the roads and so they do need to be aware that even if they're enjoying sunny spells at one moment a hefty shower could come along very quickly and make conditions very, very difficult."

He said many areas could see wind gusts of 30 to 40mph, particularly on the eastern and northeastern coast of England – although these are not covered by a warning as they will not have the heavy intense downpours expected further south.

The RAC said 18 million car journeys would be taken this weekend as families enjoy last minute staycations and day-trips before schools return.

Today is expected to see the largest volume of cars on the road with an estimated 5.6m separate trips planned.

A 'polar plunge' is set to bring -1C frost to Britain in what could be the coldest August Bank Holiday in 40 years.

Brits will have to brave gusts of up to 50mph and thunderstorms as the 500 mile-wide 'plunge' sweeps the country.

Daytime temperatures could hover around just 10C – more than 5C below the usual average for late August.

The turbulent weather could make this the coldest August Bank Holiday in nearly 40 years. 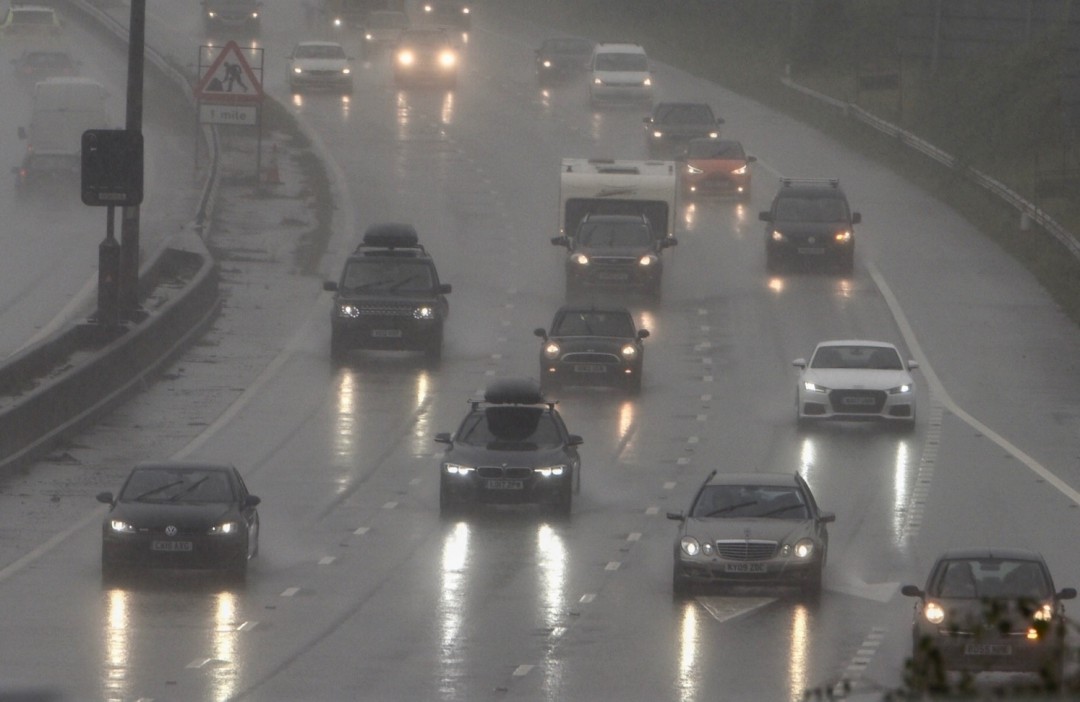 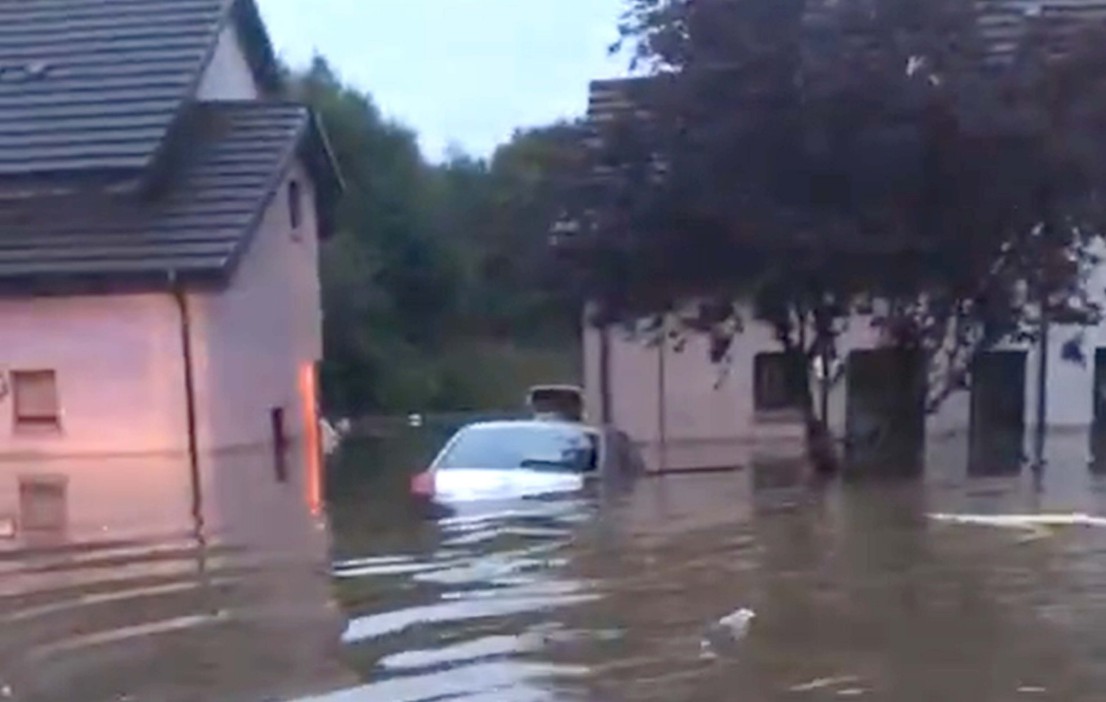 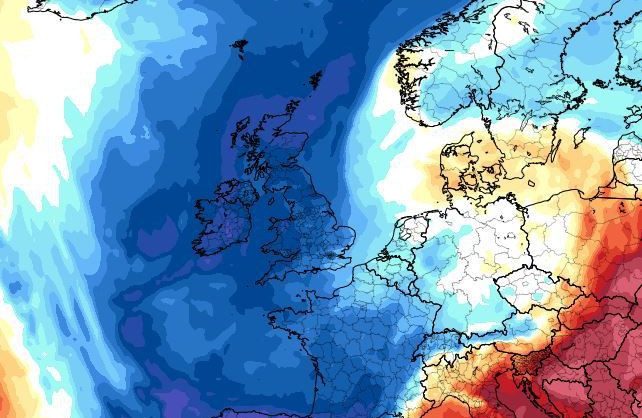 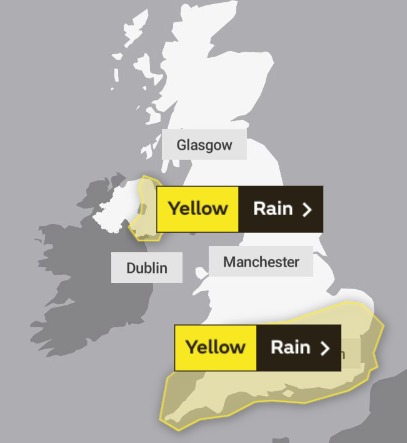 The last time the lowest daily maximum temperature hit 10C on a summer bank holiday was on August 1979 when the Fair Isles, Shetland reached 10.1C.

And while the past few bank holidays have been scorchers, a cold snap in 2014 saw the lowest nighttime temperature of -2.1C in 2014.

Forecasters predict another frost this weekend, with parts of Scotland and northern England braced for -1C.

Chilly air from the north of the UK will sweep in, bringing the plunging temperatures and making Britain colder than Iceland.

While Iceland will see nighttime temperatures of 8C – 9C this weekend, the UK will see the mercury plummet to -1C.

The August Bank Holiday Friday is normally one of the busiest leisure travel days of the year.

But Weather Outlook forecaster Brian Gaze warned: “Bank Holiday weekend frost is expected in Scotland and possible in England's North, which is more bad news for the many families on staycation.”

More gale-force gusts between 40 to 50mph will follow hot on the heels of Storms Ellen and Francis – but winds will later ease to leave a mainly cool and dry long weekend.

A MetDesk spokesperson added: “Summer feels a long way away, just weeks after we were in the grip of record-breaking heat.” 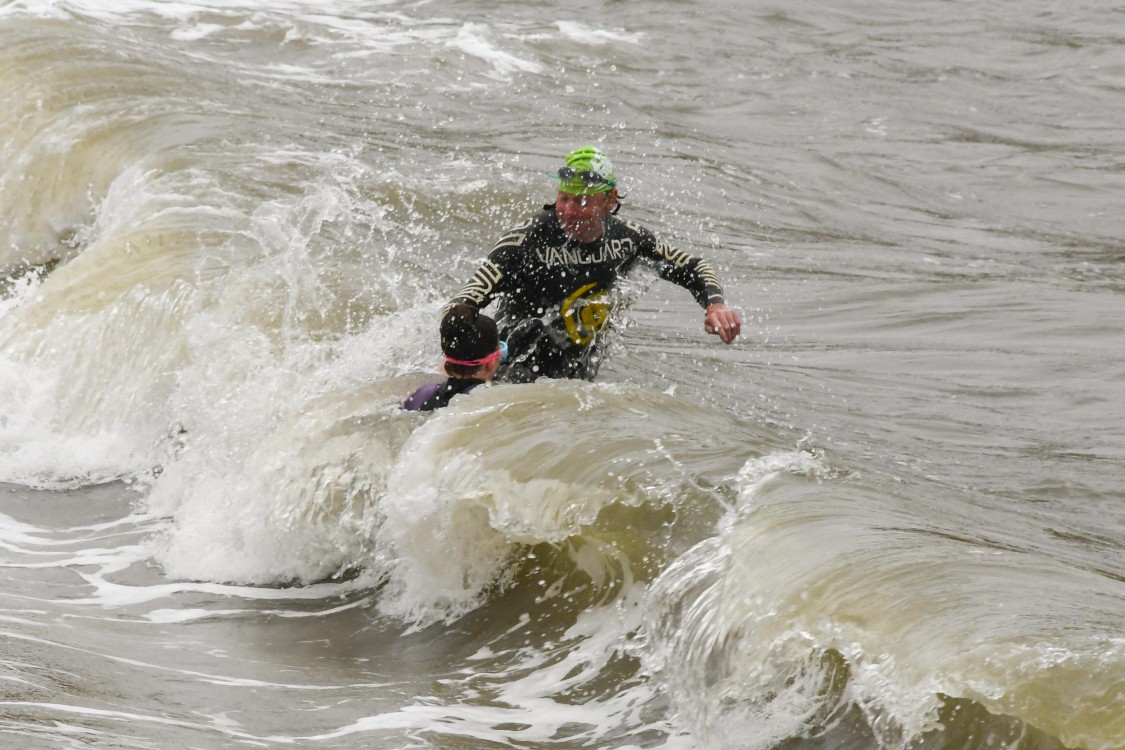 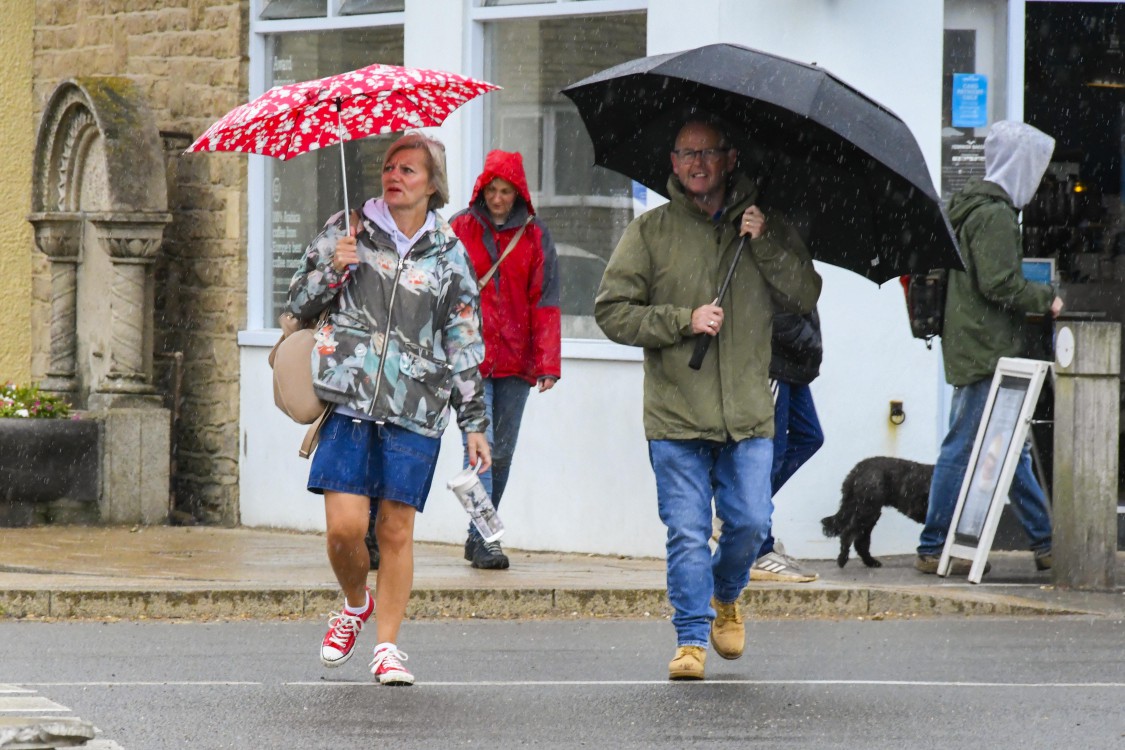 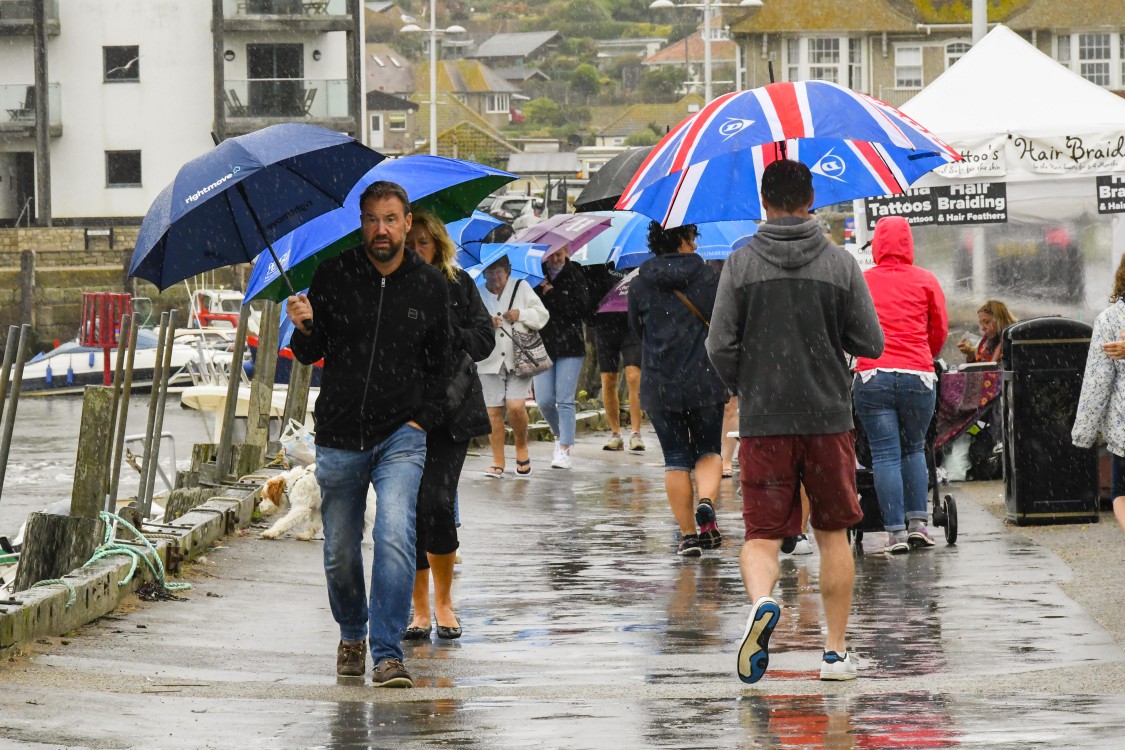 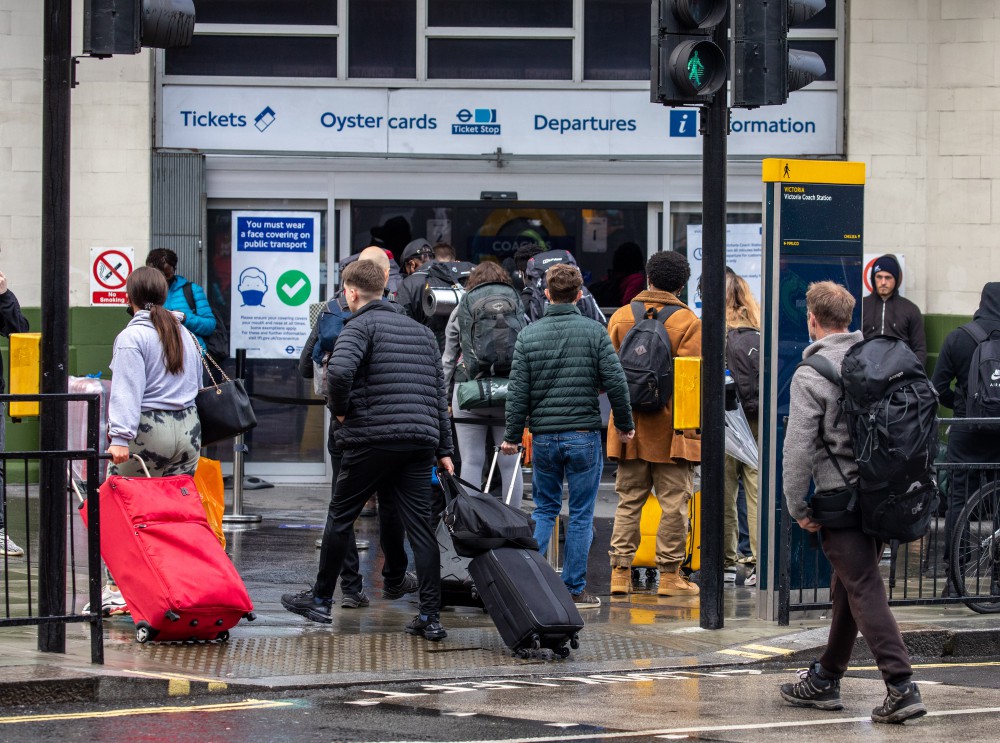