AN architect’s £540,000 house was left in ruins after a furious builder returned to demolish the work he had done after a money row.

Owner Jay Kurji, 40, hired a construction worker to carry out renovations, including a two-storey extension and enlarged kitchen diner, on his four-bed, in Leicester, in February. 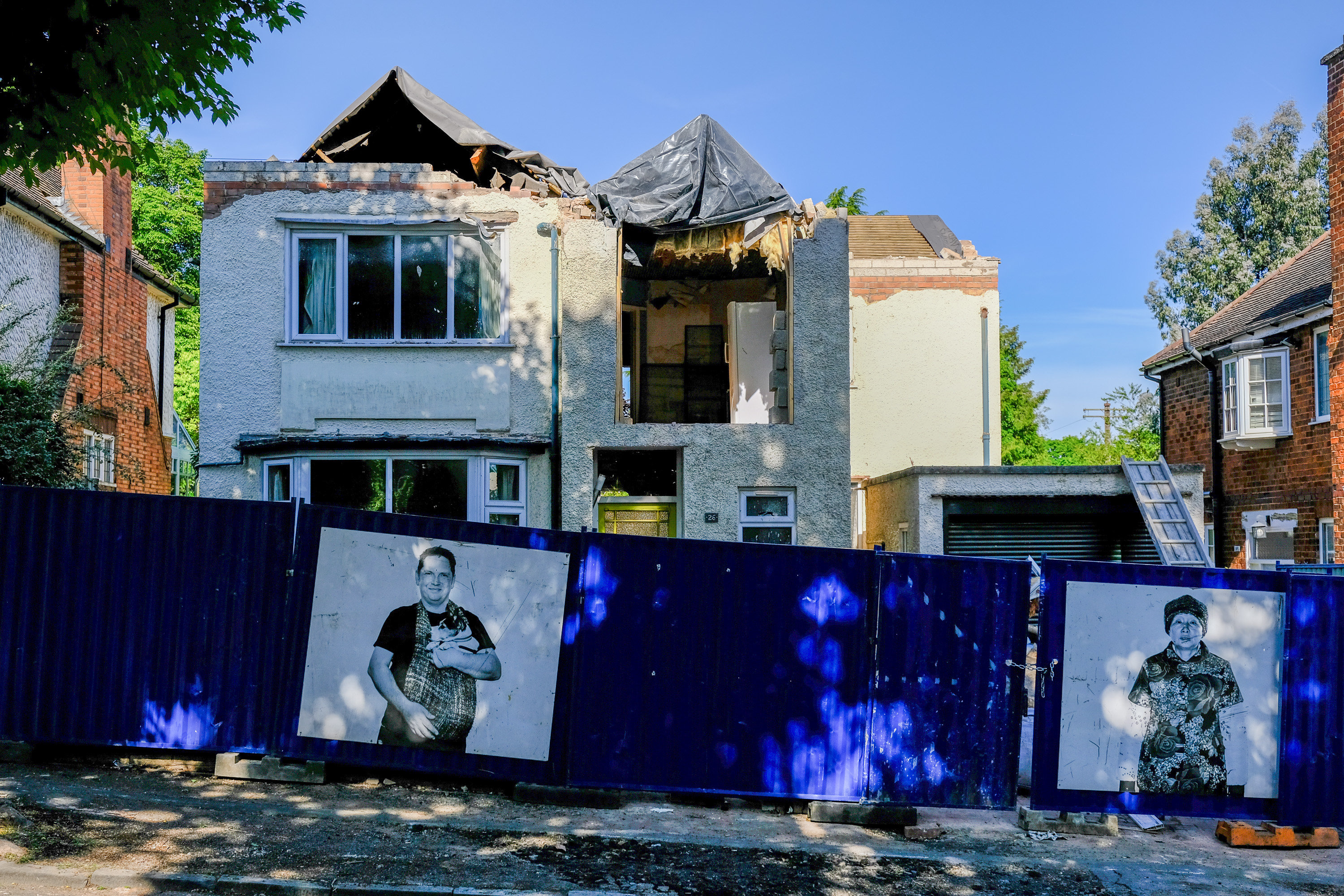 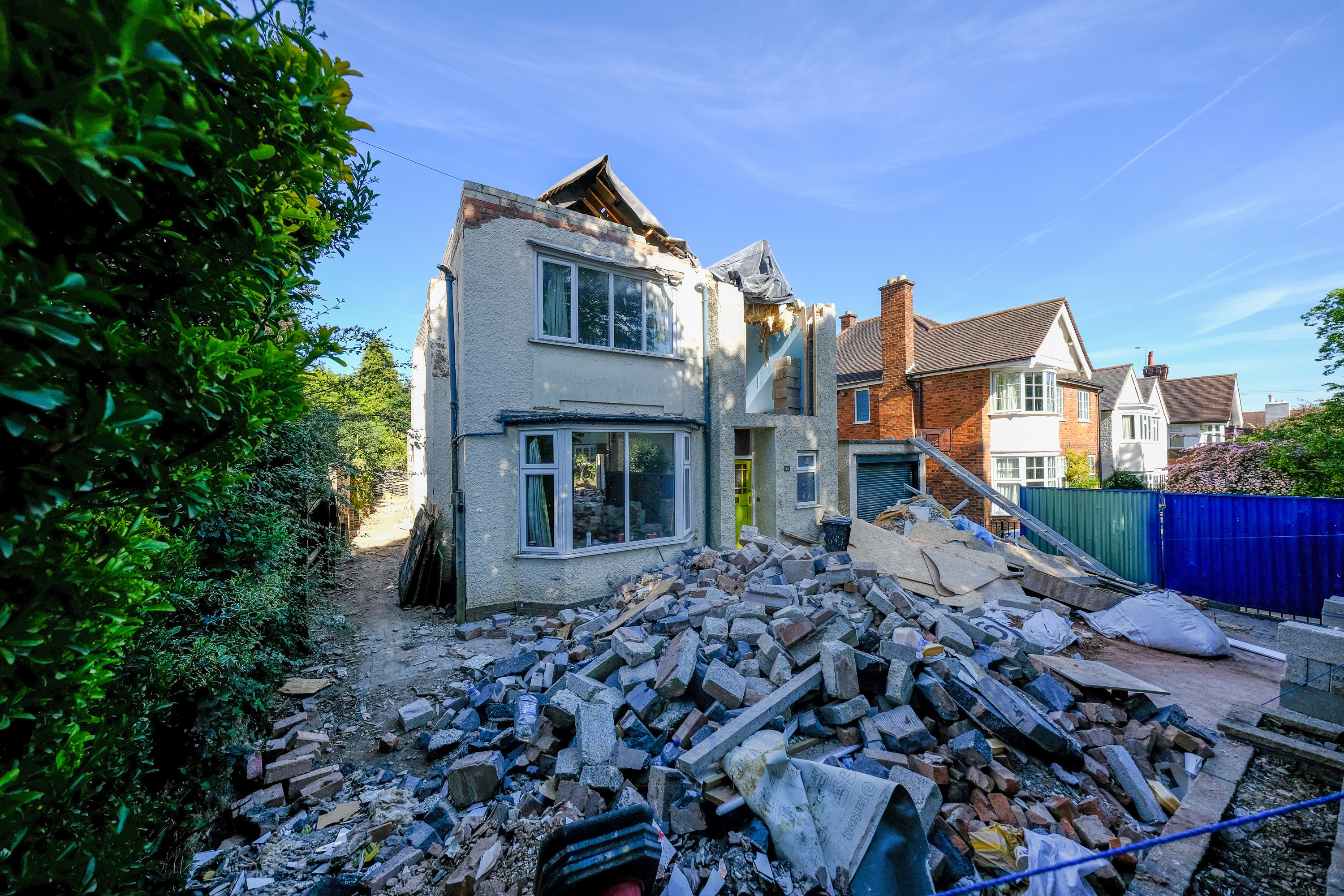 But the pair fell out when dad-of-six Mr Kurji refused to pay an additional £3,500 the labourer wanted for the project.

On June 1 the builder was seen destroying the work he had done to the property while Mr Kurji was on holiday with his family 200 miles away.

The builder used machinery to pull down the roof and knock down chunks of wall.

He removed a window then dumped all the brickwork and debris on the stunned family's driveway.

The property has been left roofless and uninhabitable.

Mr Kurji, a Solutions Architect for an IT firm, said: “It’s a nightmare, unfortunately I picked the worst builder in Britain.

“I bought the house last year and employed a builder to start work in February.

“We wanted lots of work doing so it could be our family home for six of us.

“The work included a two-storey extension, a new roof, wiring and we wanted it to be more environmentally-friendly.” 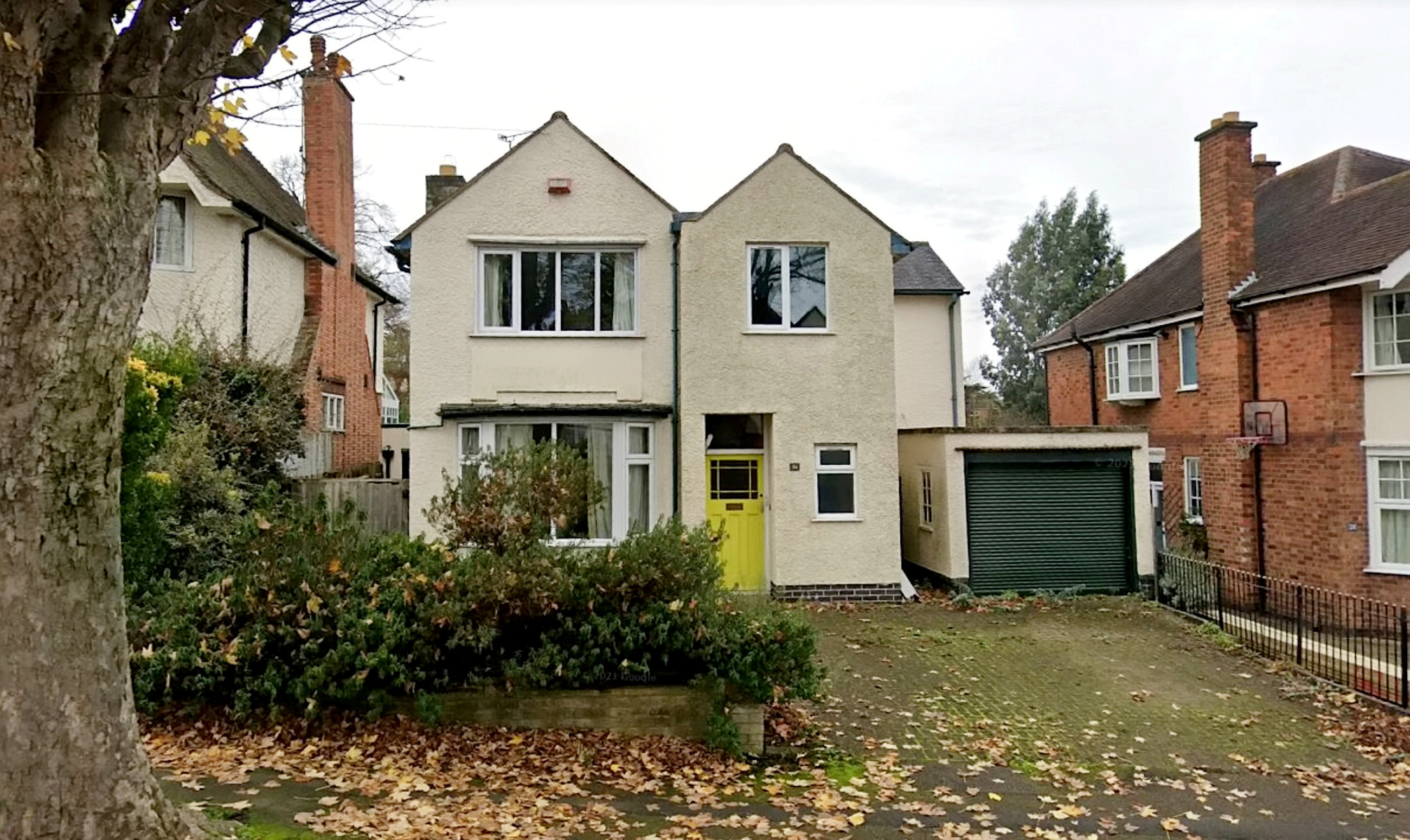 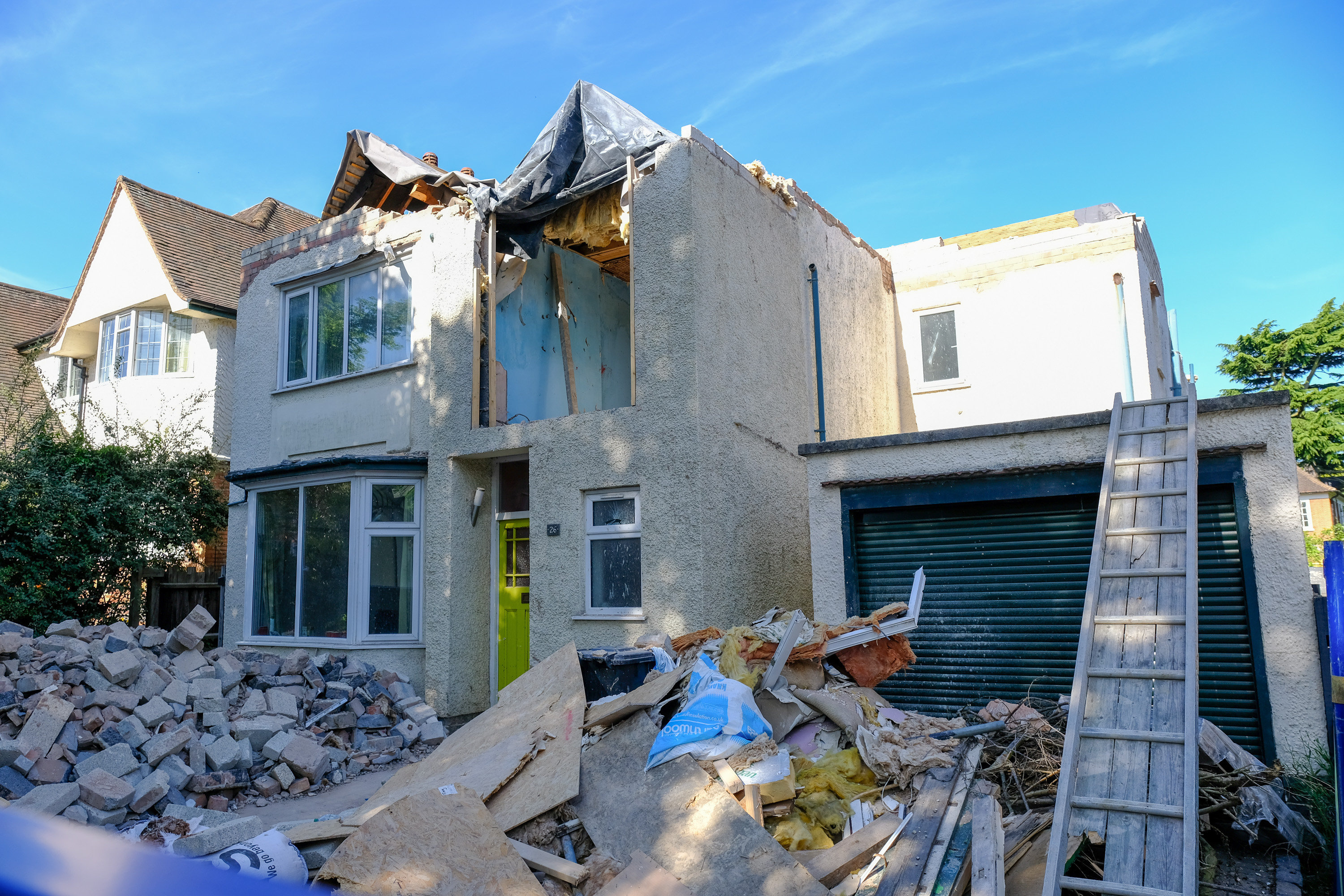 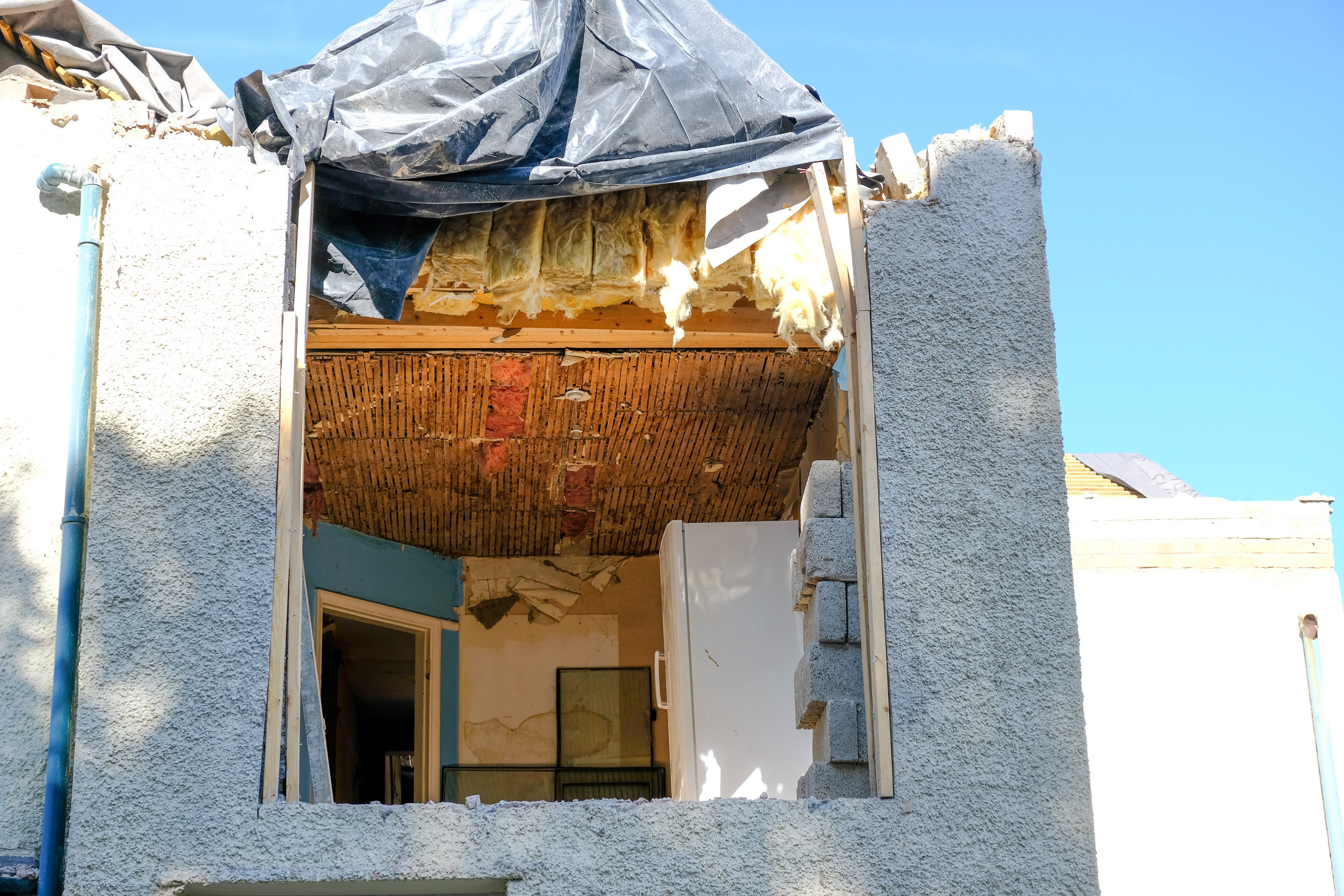 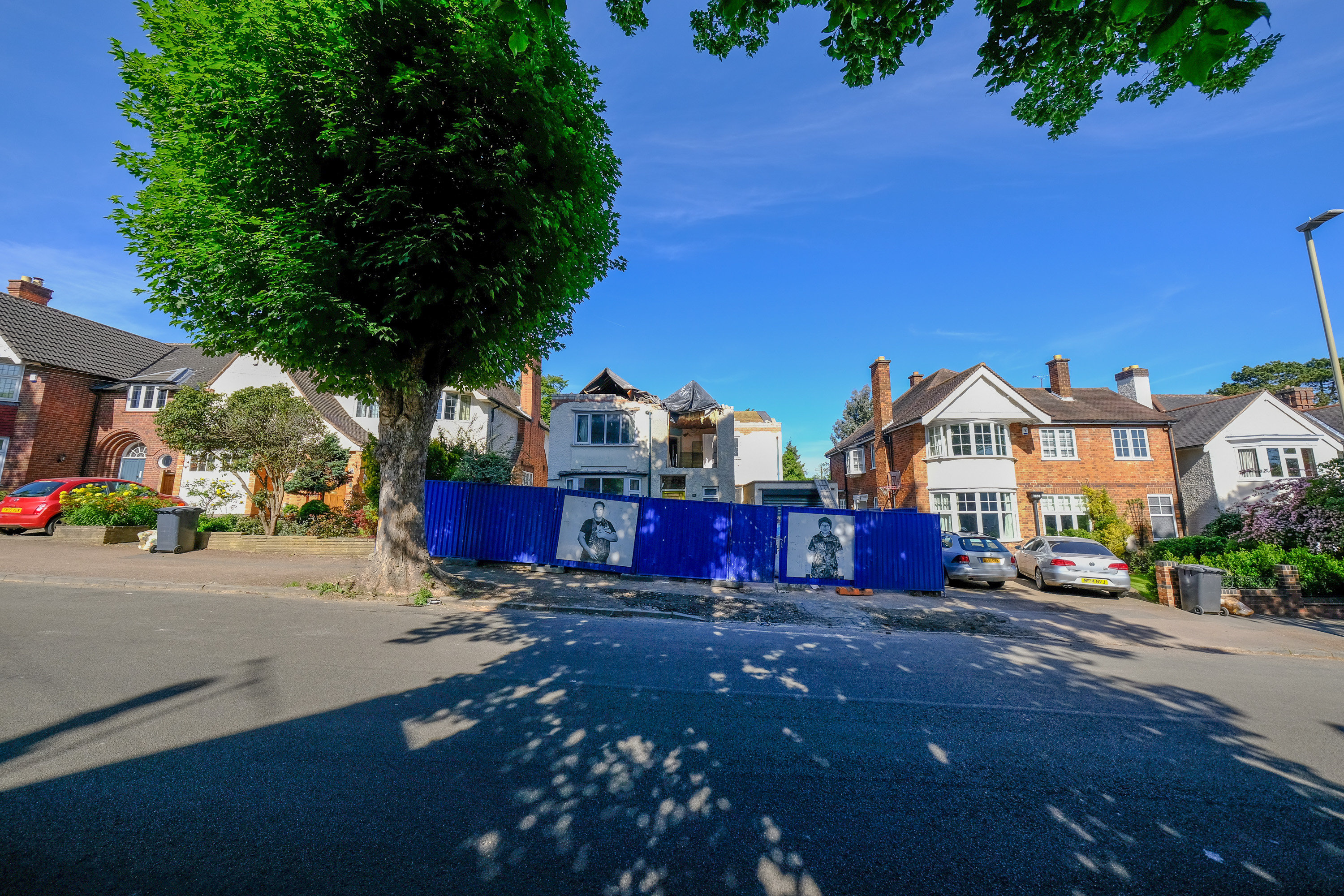 Mr Kurji said the builder took revenge when he refused to cough up extra money.

He added: “I was on holiday 200 miles away when all the scaffolding was taken down and the house damaged.

“When I called police they told me they couldn’t do anything because it’s a dispute so not a criminal care.

“I’ve emailed Trading Standards but I’m still away so it’s difficult to sort it all out.”

Neighbours living in the street said they “watched in disbelief” as the builders demolished much of the house with a digger.

One said: “There was scaffolding on the house and when it was taken down I did think the work might be done already and the owners might be moving in.

“I was stunned when I walked past the house last week and saw that the roof had been ripped off and the new extension was just a hole in the front of the house.

“I feel badly for the owners, they must be absolutely gutted.”

Mr Kurji bought the property on Guilford Road, Stoneygate, Leicester, last April for £475,000. It is currently valued at more than £500,000.