DRAMATIC photos show California ablaze as huge wildfires rip through the state and 100 homes are evacuated.

A fast moving brush fire grew in size and set ablaze around 10,000 acres in the Lake Hughes area, just outside Los Angeles, forcing mandatory evacuations and a desperate effort from emergency services to restore order. 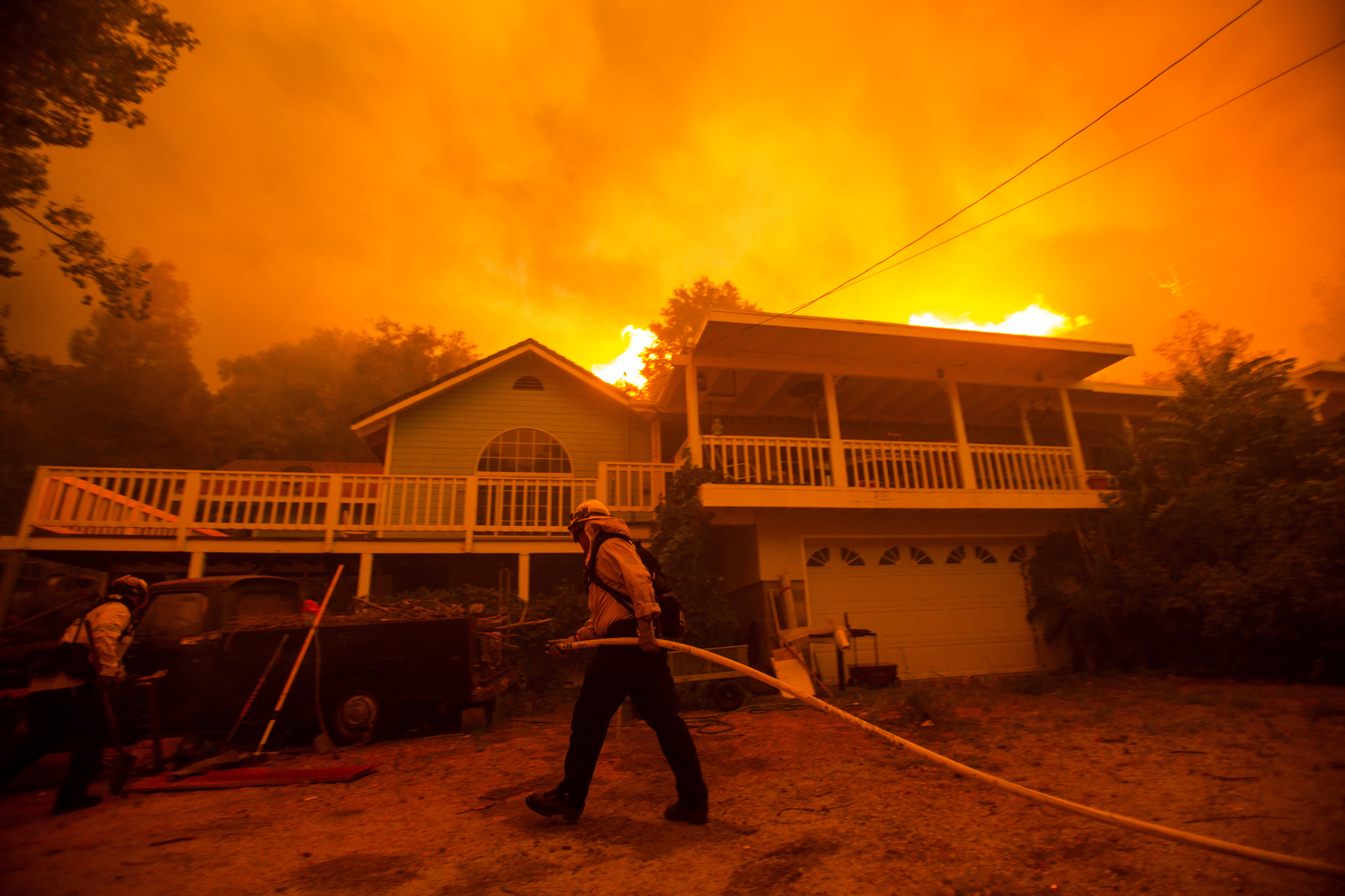 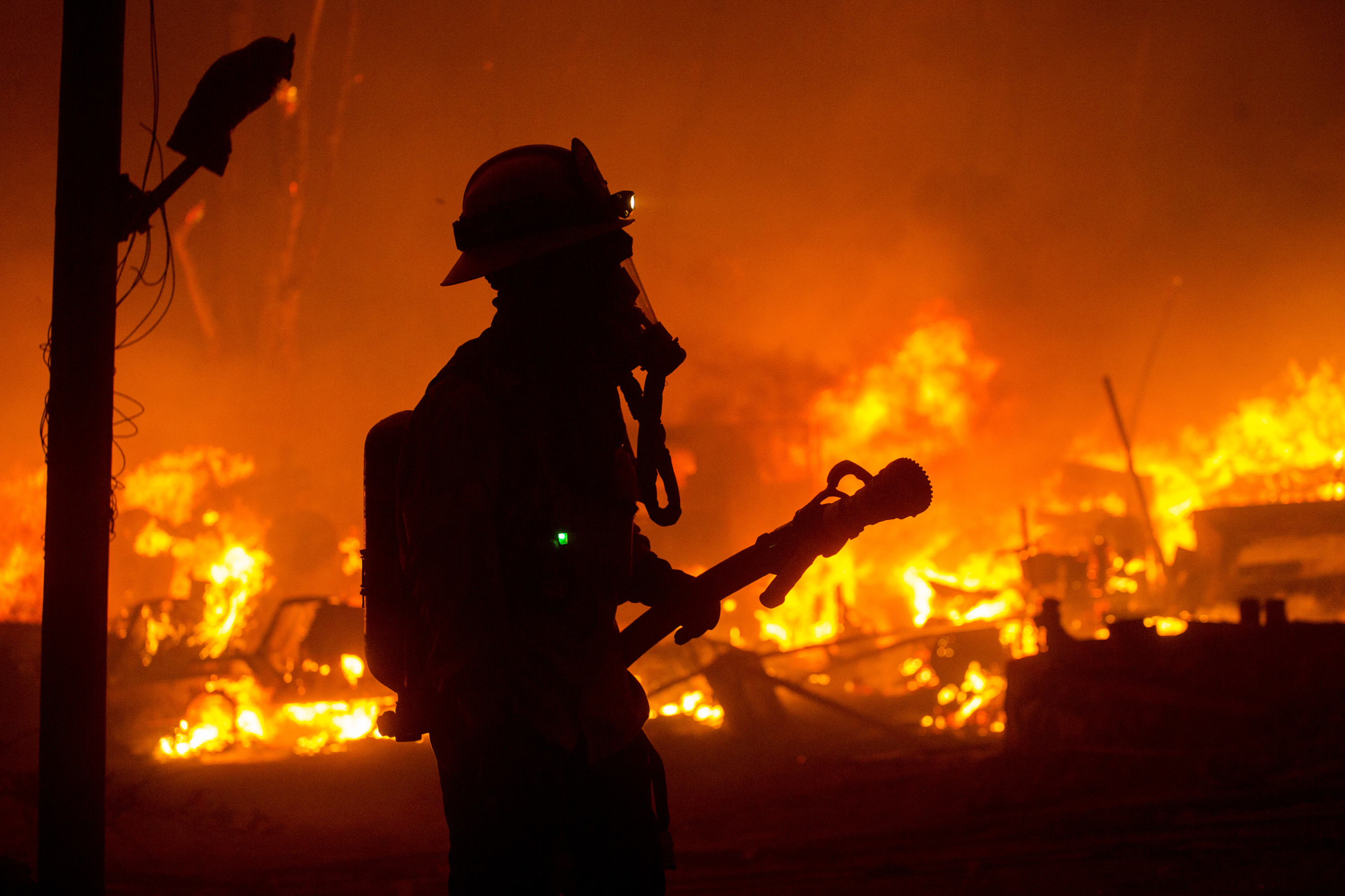 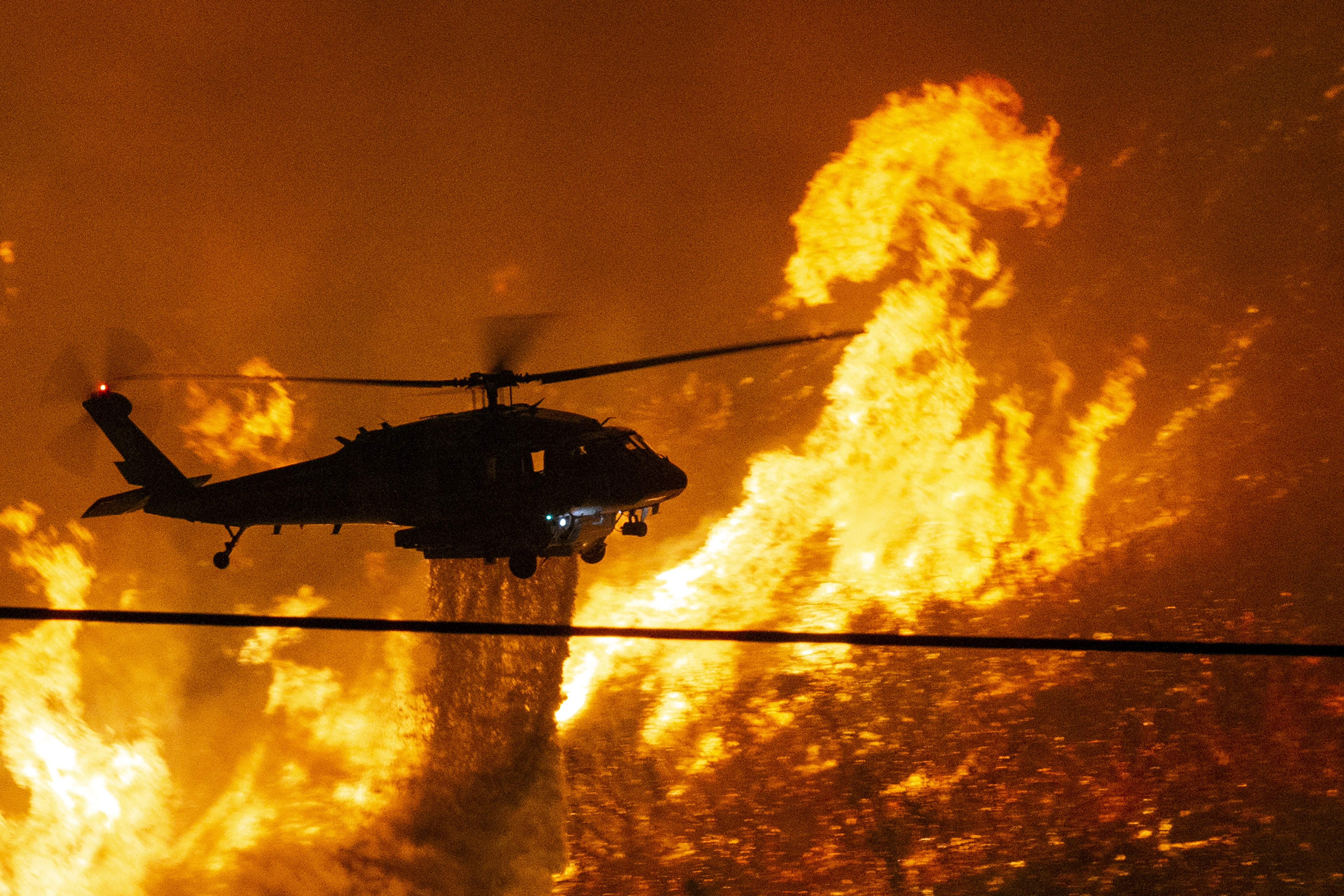 Residents forced out of their homes were told to go to Highland High School in Palmdale.

But so far there are no reports of homes being destroyed or damaged, according to the LA Times.

Incredibly hot temperatures triggered the wildfire and the forest service and county fire departments quickly called in help on Wednesday.

Extraordinary photos show the scenes of chaos as firefighters tackle the growing flames.

Some images show the emergency services fighting on despite appearing consumed in heat and smoke.

Others show the wildfire aggressively burning in the background as firefighters marched into battle.

In another, a helicopter releases water onto the scene of destruction below in a jaw-dropping shot.

But only two hours later and the fire had already burned 10,000 acres. 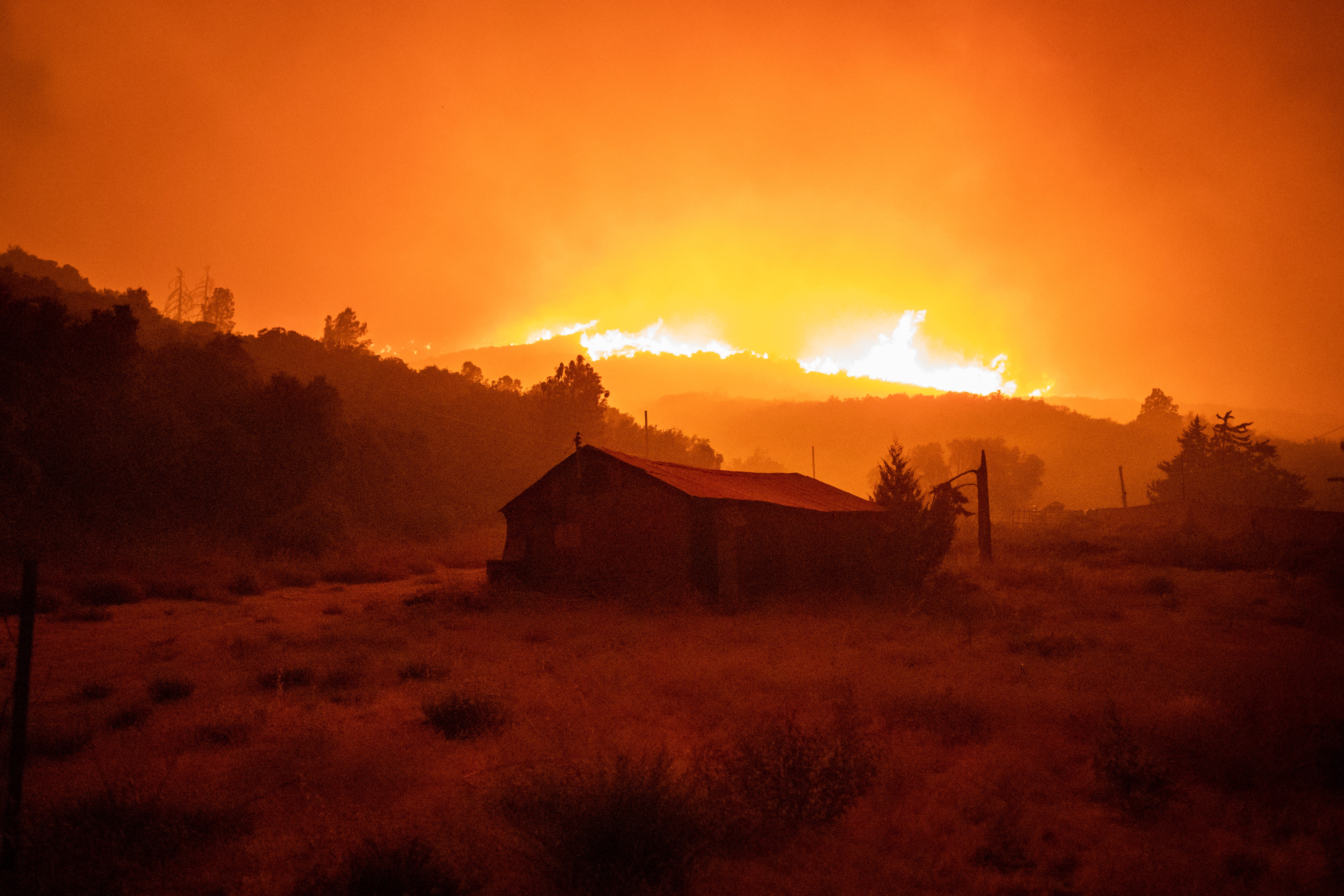 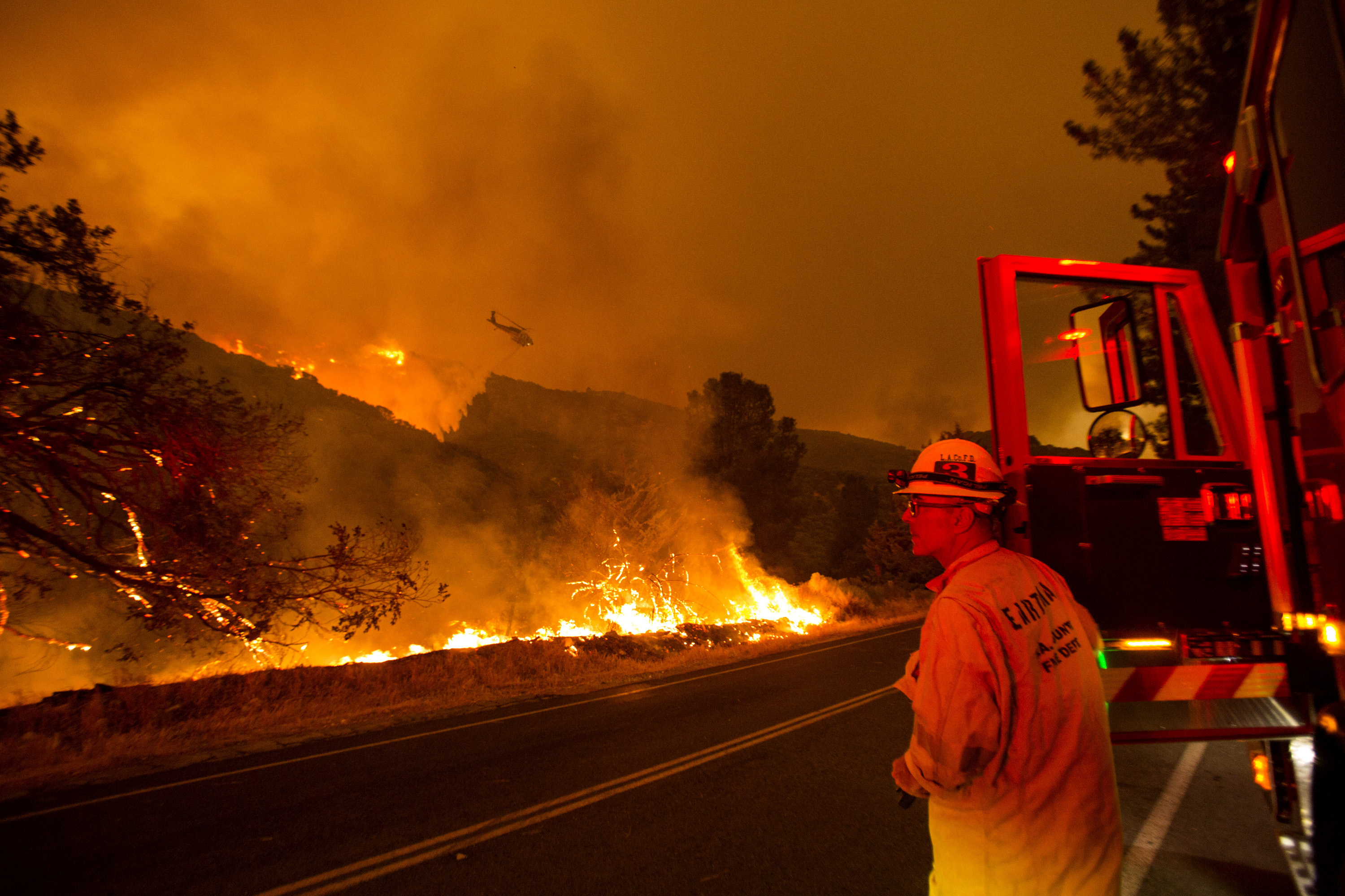 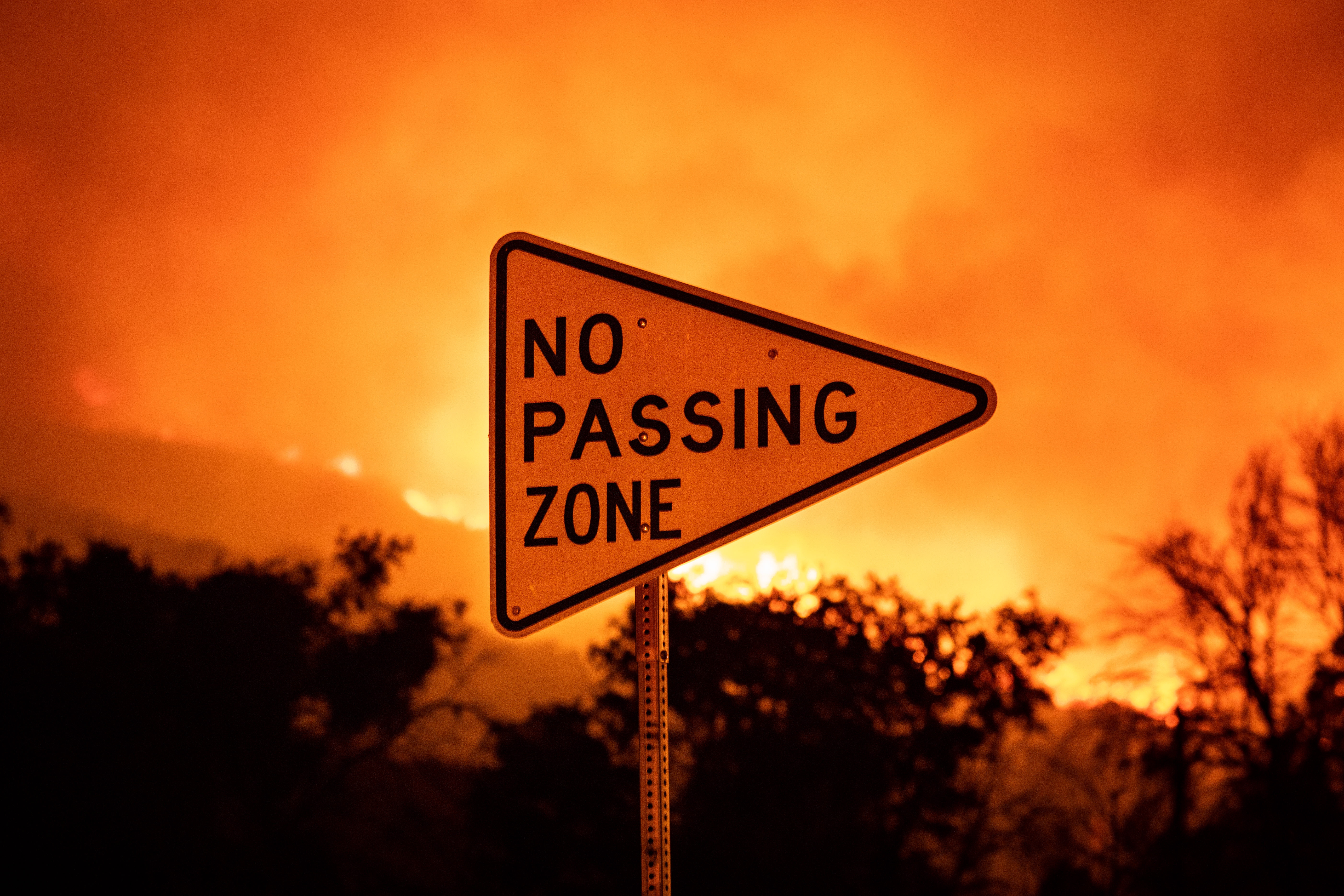 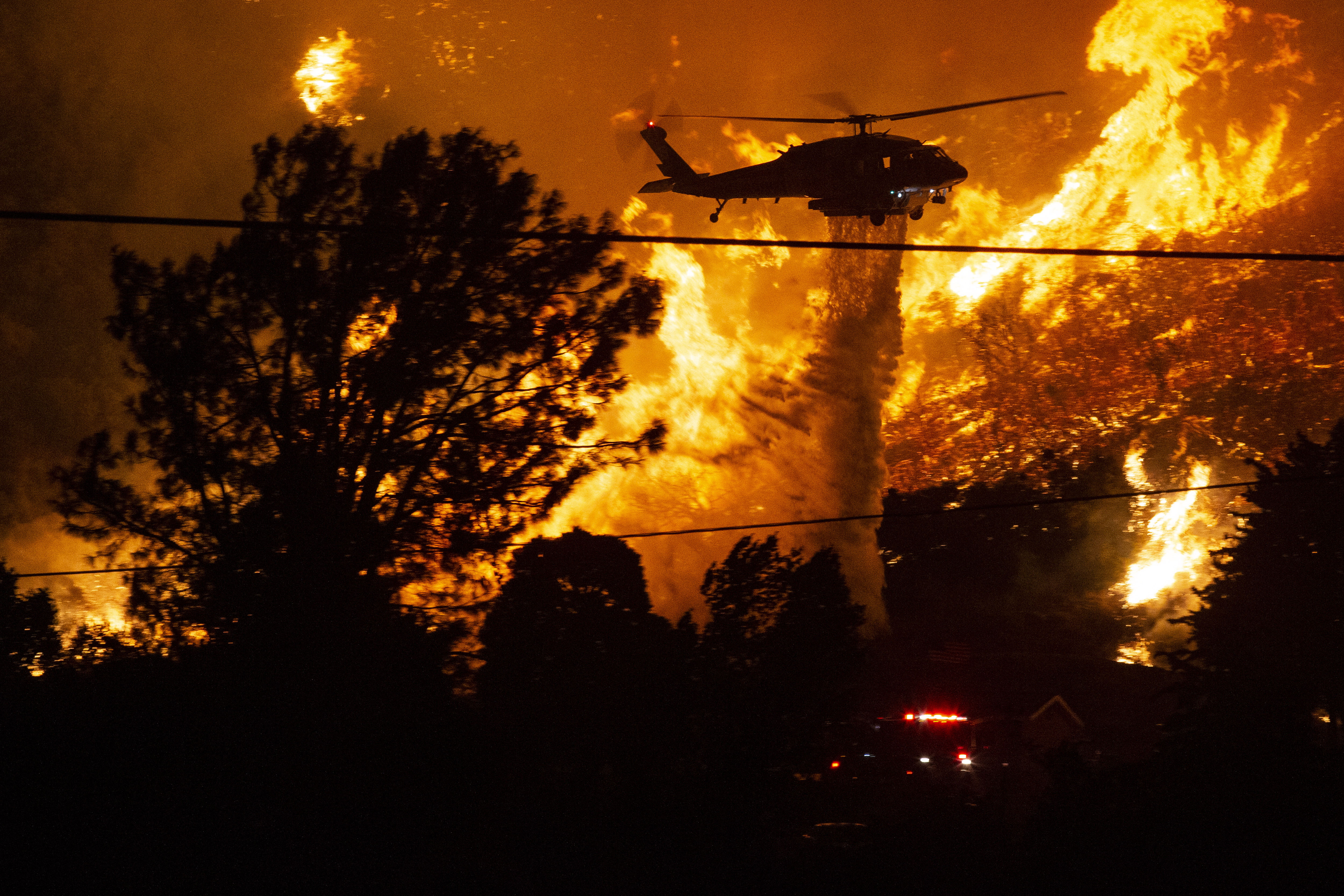 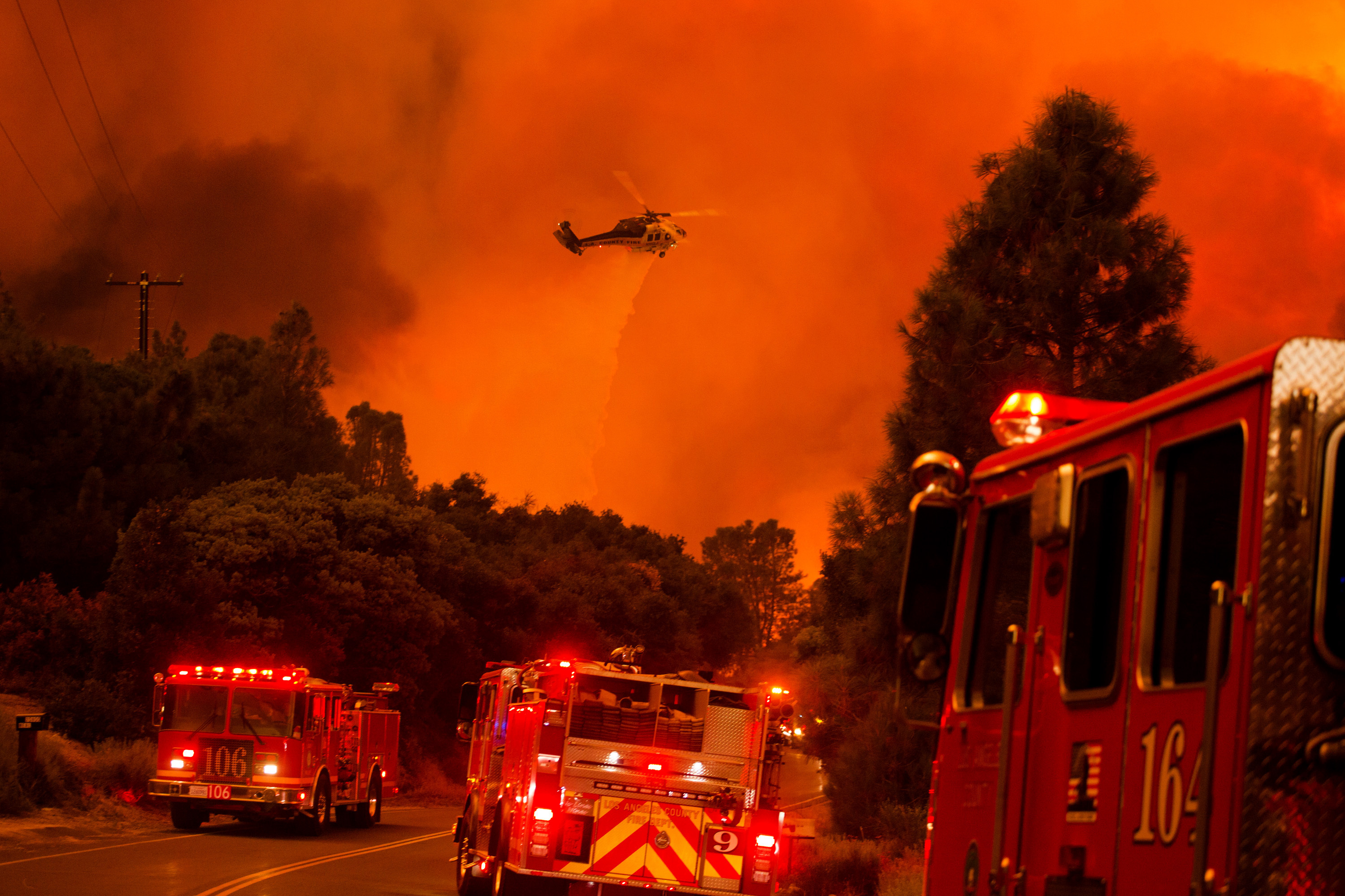 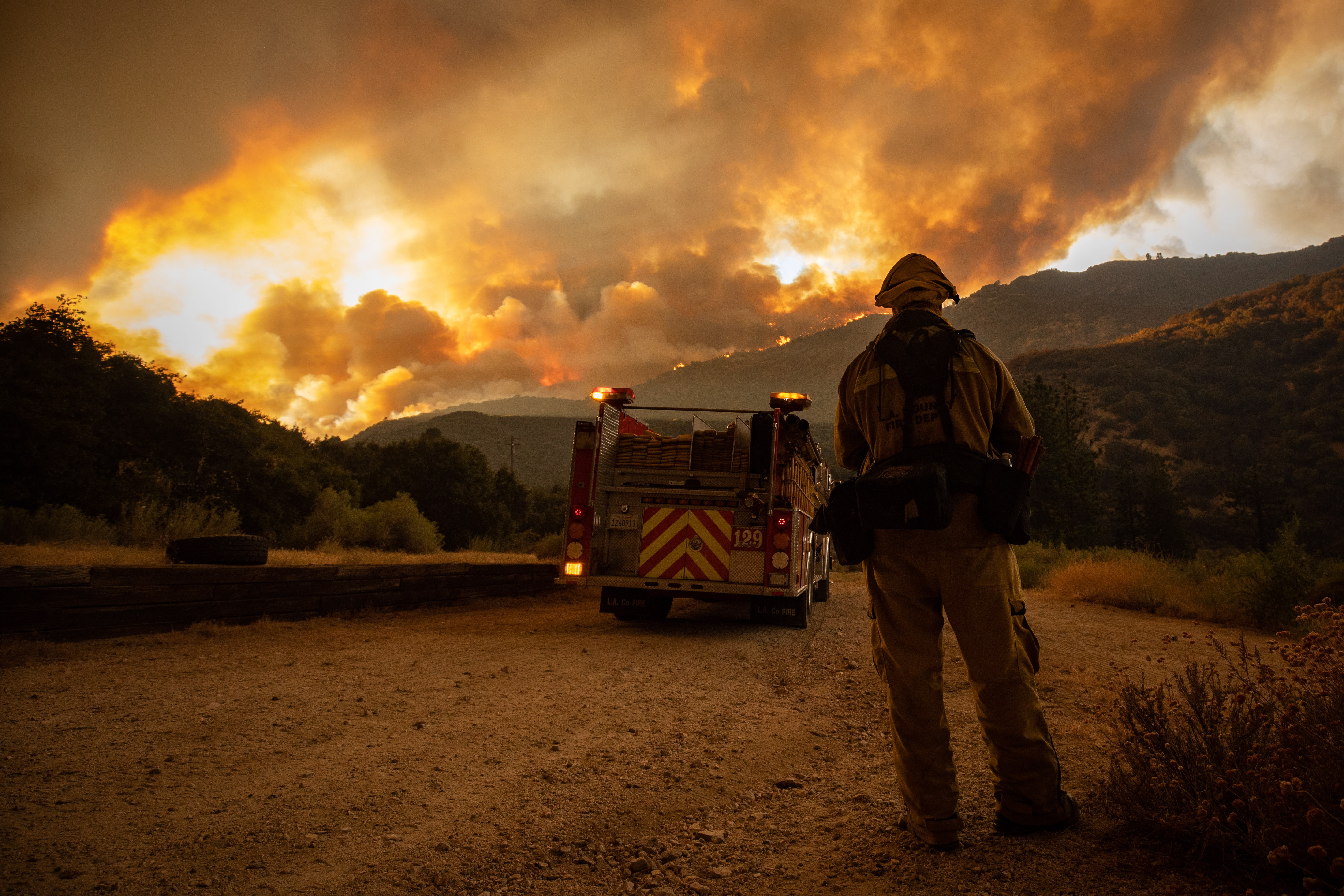 The California Highway Patrol set up road closures throughout the area as the fire began to spread.

The shocking scenes follows up from the fire in Cherry Valley, California, earlier this month.

The flames once again stormed out of control leaving brave firefighters to try and dampen the damage.

But this years blaze comes after California was already ravaged by the coronavirus, where over 10,000 have died. 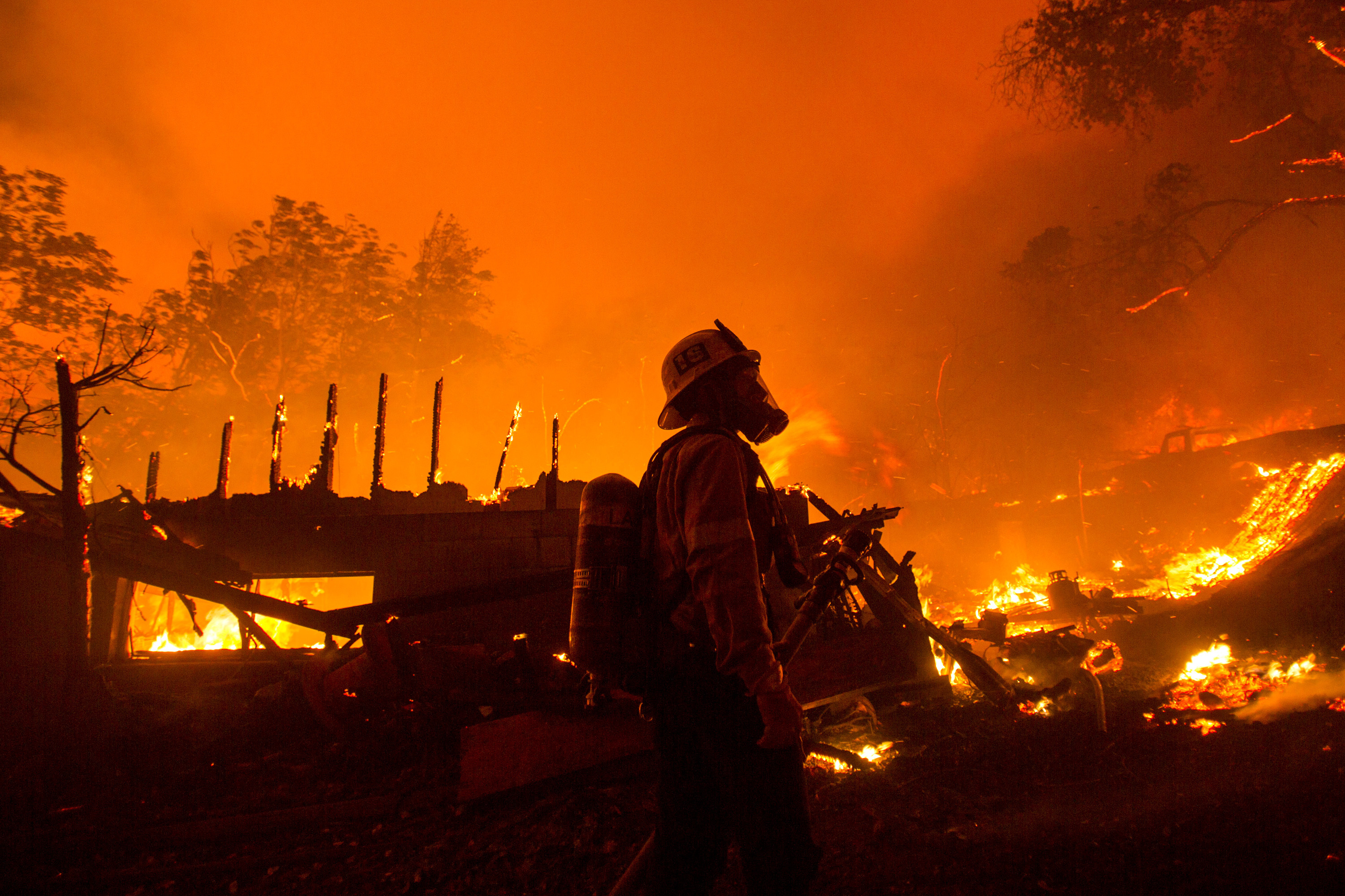 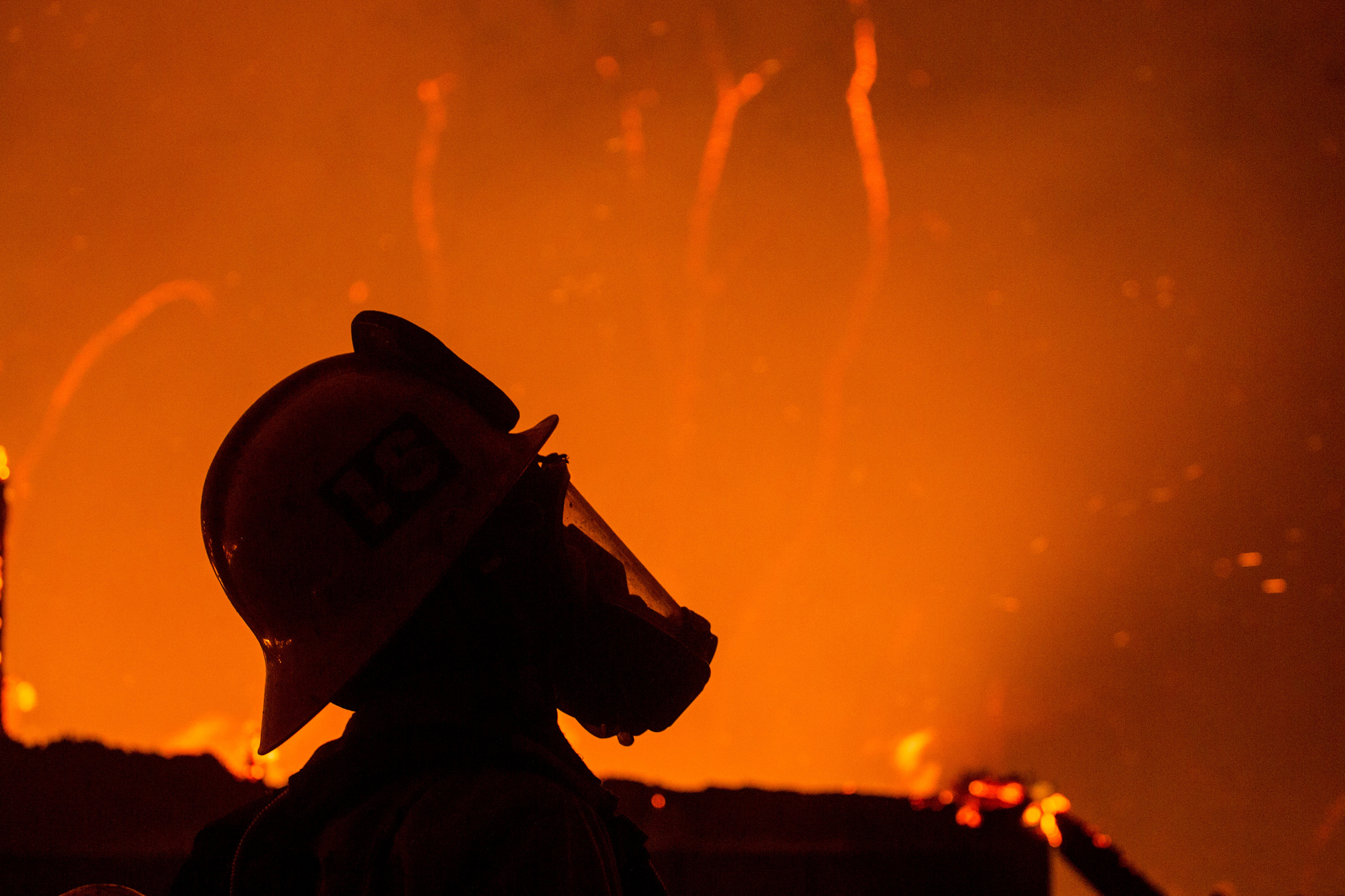 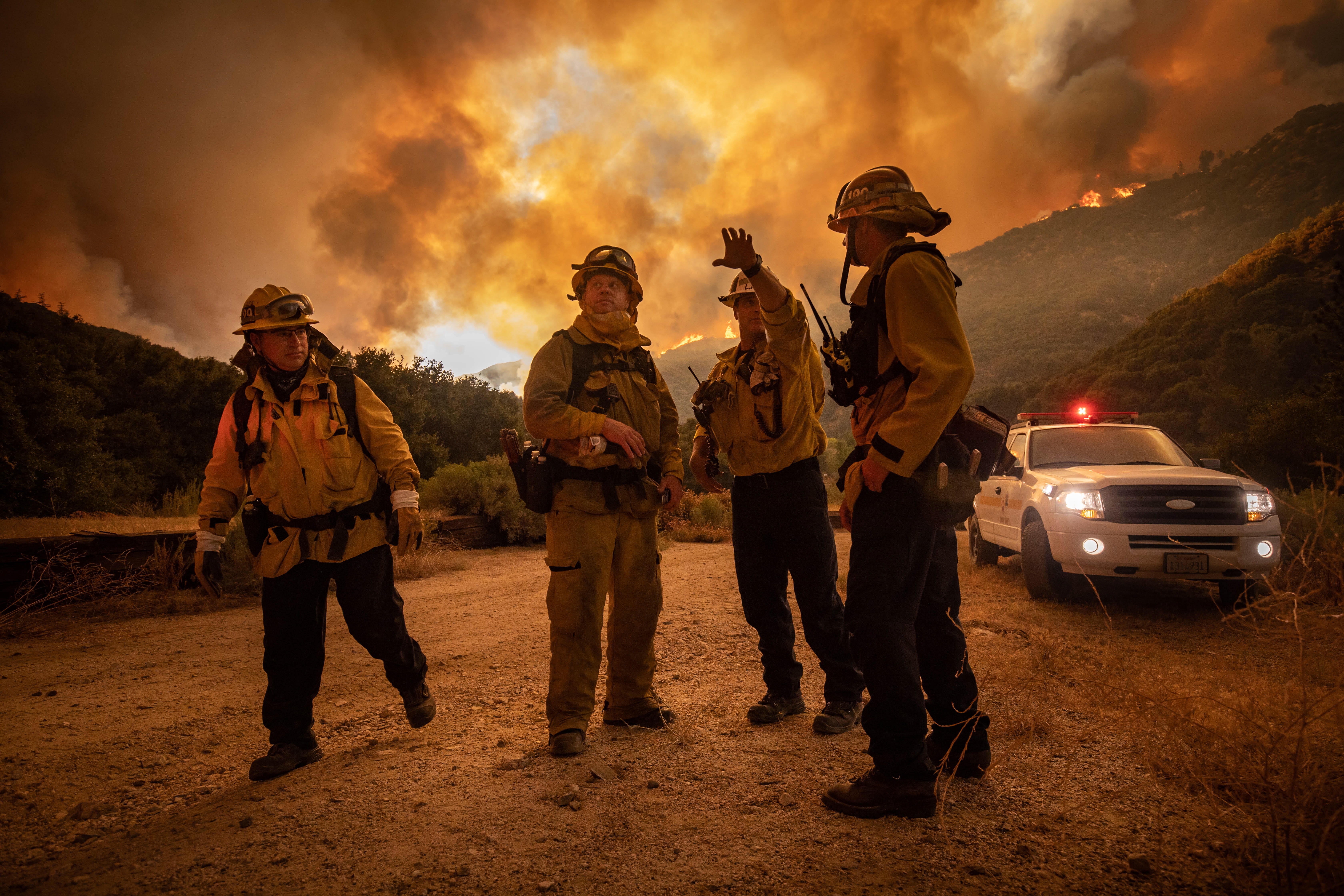 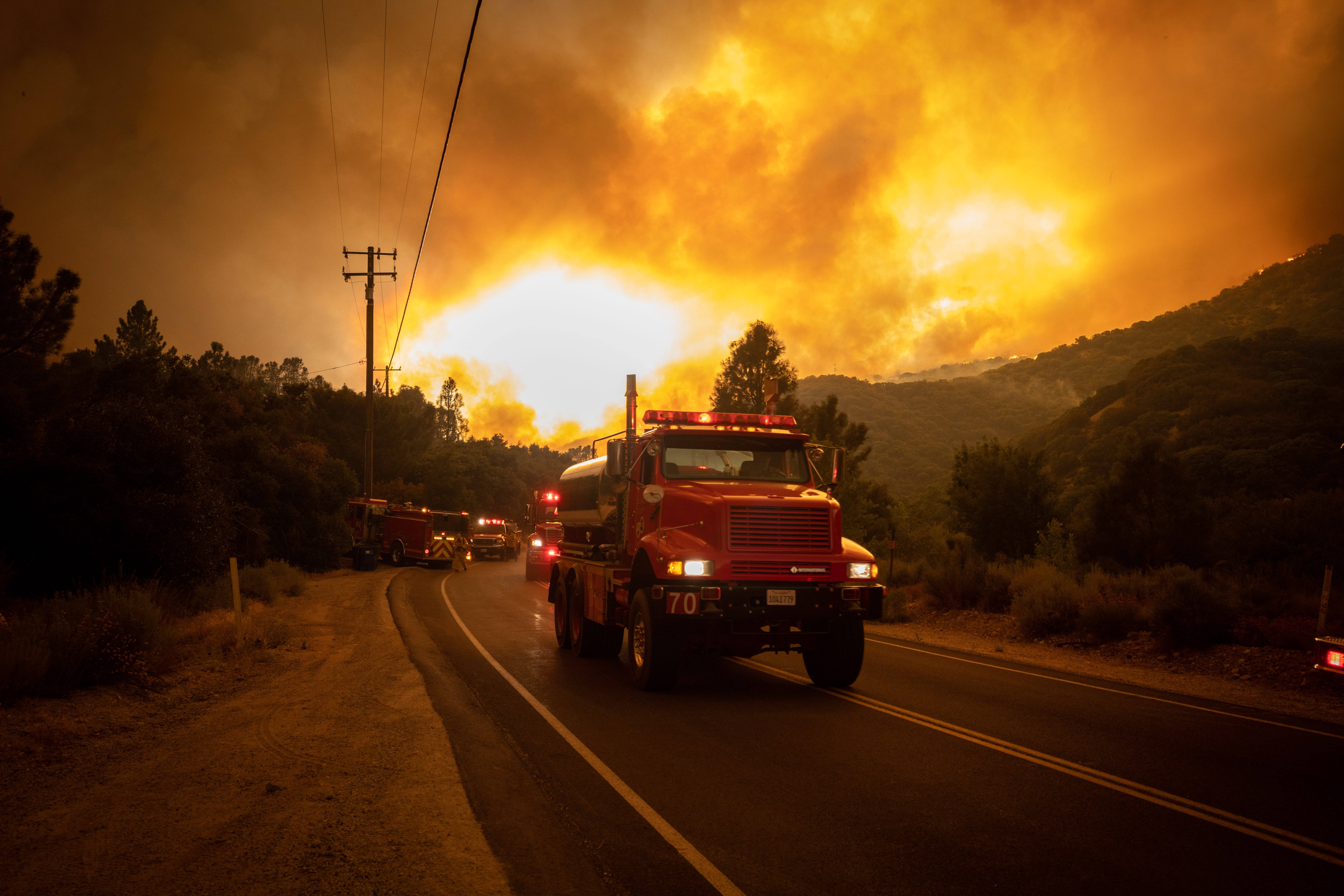 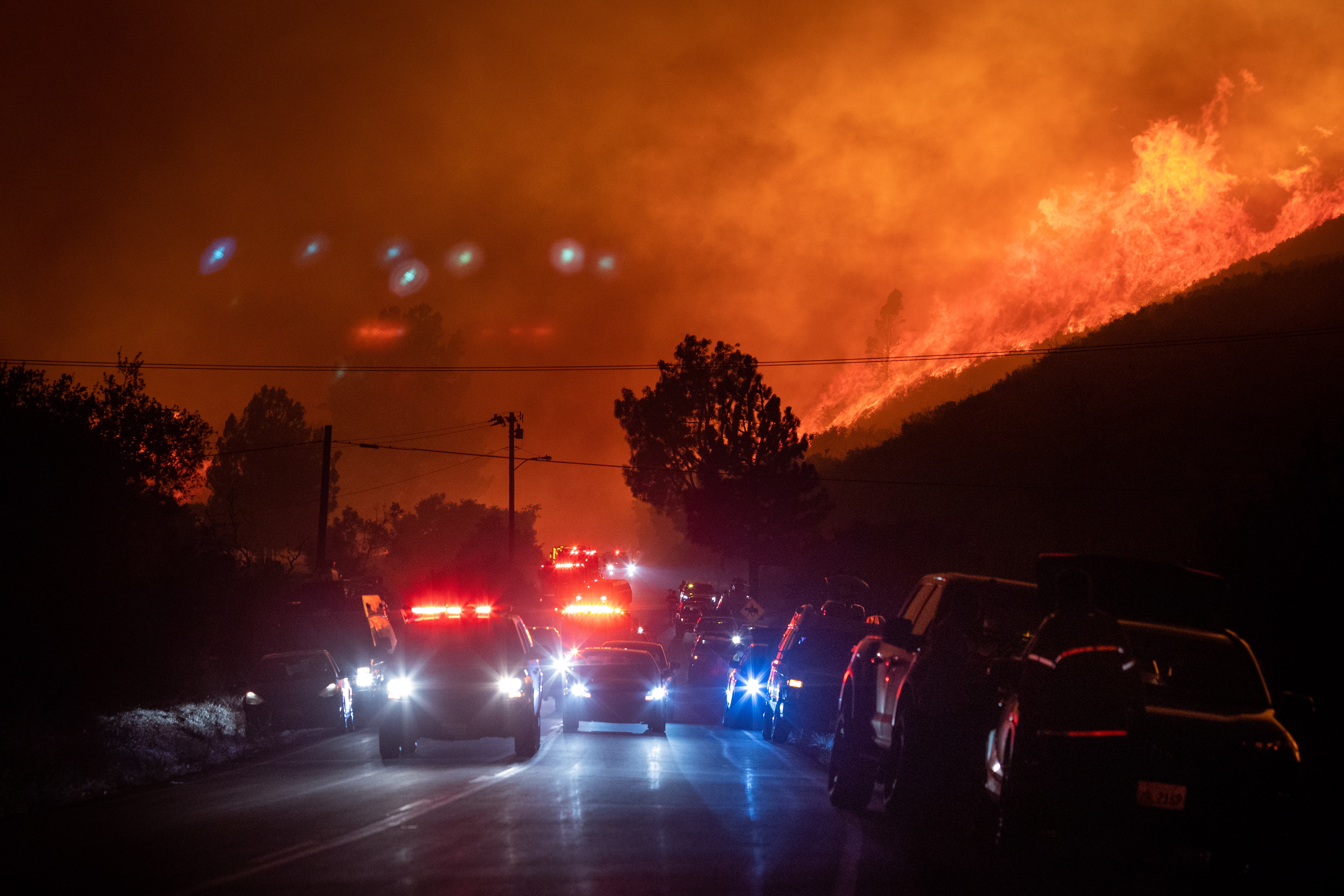 GOT a story? EMAIL [email protected]

Related posts:
TV and Movies
The Walking Dead star reveals he 'collapsed and sobbed on set' after filming 'traumatic' death scenes
Pirates of the Caribbean: Johnny Depp ‘spent MORE than $60,000 on gifts for crew’
Coronation Street spoilers: Brian Packham ‘sabotages’ Mary Taylor romance as feud begins
Jo Malone says she’s disgusted over John Boyega drama as she slams company
Recent Posts
This website uses cookies to improve your user experience and to provide you with advertisements that are relevant to your interests. By continuing to browse the site you are agreeing to our use of cookies.Ok