ARMY vets are campaigning to end “barbaric” experiments on America’s cats who have their spines snapped and potato injected up their bums for research.

After seeing sickening video of cats also having their skulls drilled into, they've banded together to fight the Veterans Affairs' "painful and outdated" incontinence and constipation tests. 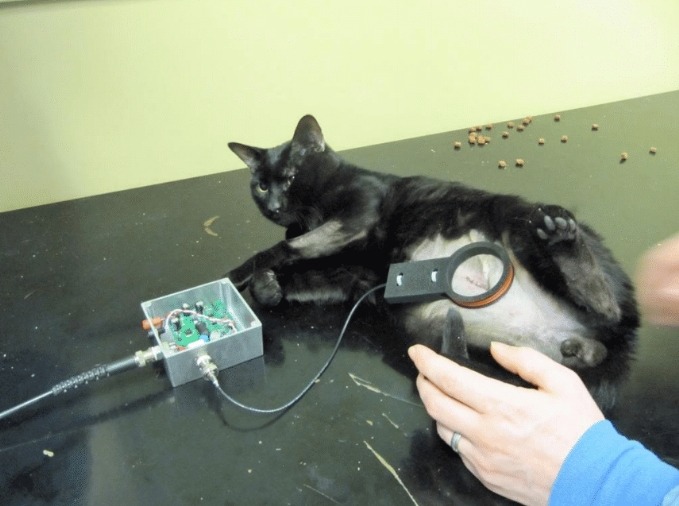 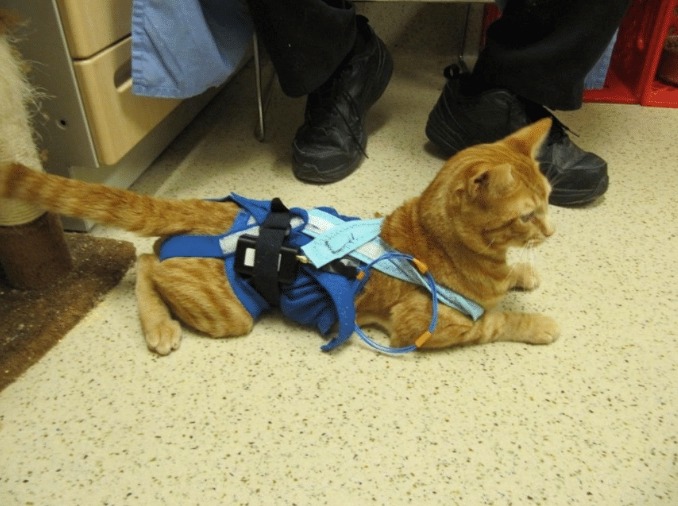 A letter signed by 31 lawmakers, including seven military veterans, calls on the VA to find more humane methods of testing incontinence and constipation treatments.

Barbaric tests on moggies as young as six months old for constipation and incontinence experiments involve the implantation of electrodes to stimulate bladders and colons, Freedom of Information documents reveal.

Gut-wrenching photos and video of cats being operated on to insert devices were recently provided exclusively to The Sun by the White Coat Waste Project, which obtained them through the FOIA.

White Coat Waste Projects spokesman Justin Goodman told The Sun this week: "Taxpayers shouldn’t be forced to pay millions for VA bureaucrats to buy healthy kittens, cripple them, drill into their skulls and even videotape their abuse in outdated and barbaric constipation tests and other cat experiments.

"Thanks to advocacy by our watchdog group and its over two million members, Congress and President Trump have drawn a line in the sand and enacted legislation last year to phase-out the VA’s cat experiments by 2025.

"But this taxpayer-funded kitten catastrophe should be relegated to the litterbox right now." 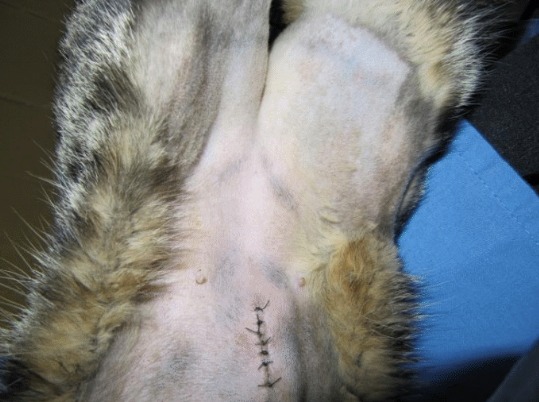 After submitting its FOIA request, the campaign group was given receipts showing that thousands of dollars are being spent on lab cats supplied for the Department of Veterans Affairs' (VA) research.

These include a tabby called Milo; Oreo, a black and white cat; and tabbies Prince, Otis and Joey – all used for constipation research.

It adds: "Painful dog testing at the VA has been significantly curbed in recent years.

"[But] we are disturbed to learn that questionable VA experiments on cats have continued at facilities in Cleveland, Louisville and Los Angeles at great expense to taxpayers."

The letter slams the fact that millions of dollars have been sent to buy "dozens of cats, perform invasive surgeries on them, damage their spinal cords and ultimately kill them for tests related to incontinence and constipation.

"Records show that some of these cats exhibited distress, seizures, bloody urine and depression.

"At the Louisville VA, cats are given spinal cord injuries, placed on treadmills and narrow walkways to study their walking, and then have their spinal cords completely severed before being killed."

The Congressman served in the US Army for more than 12 years, and lives in Palm City, Florida.

While deployed in Afghanistan, he worked as a bomb disposal expert under the elite Joint Special Operations Command.

The last improvised explosive device that he found resulted in catastrophic injuries, which included the loss of both of his legs.

"You don’t have to be a cat owner like I am to recognise that.

"I’ll continue to work to end these similarly abusive tests on cats and redirect VA resources to humane research tools that will help improve veterans’ lives.” 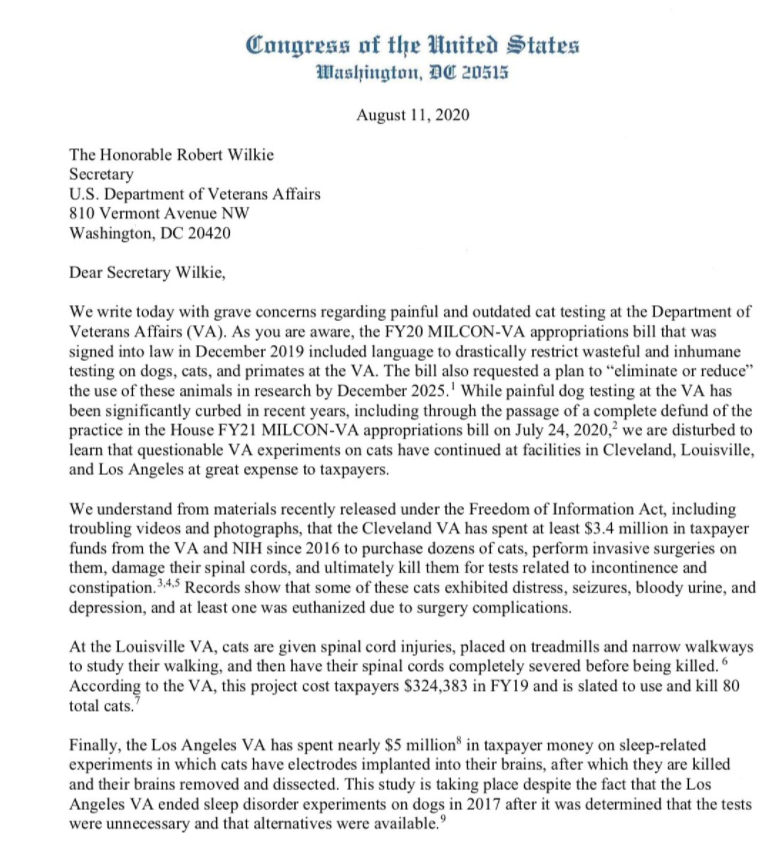 The Sun has contacted the VA for a comment on the lawmakers' and Army veterans' campaign launch.

The Veterans Department says it has been granted approval to use felines to help Americans with debilitating illnesses.

For example bladder-based research was needed as, "more than 15 million Americans face the challenges of incontinence, frequent urination, or dysfunctional voiding", where people struggle to pass stools.

This is "often related to spinal cord injury, diabetes, or ageing, which are common in the veteran population," says the VA.

It aims to find "better ways to diagnose and treat the causes of these problems" by using devices "that can monitor bladder volume and pressure under everyday conditions and in people without sensation.

"Cats control their bladders in ways similar to how people do, and are large enough for devices developed with them to be scalable for human use." 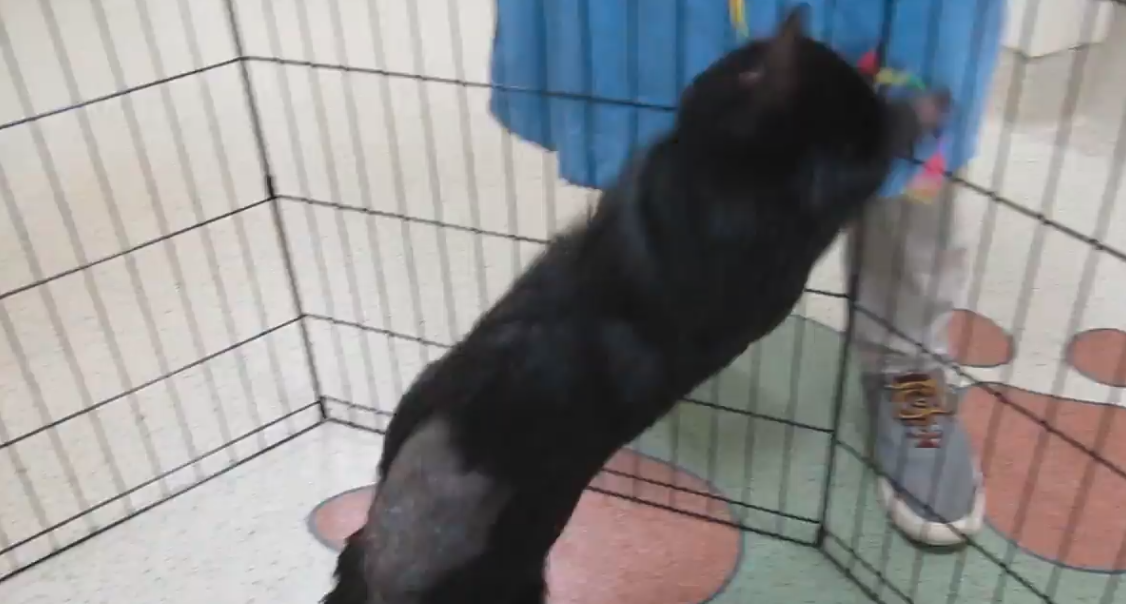 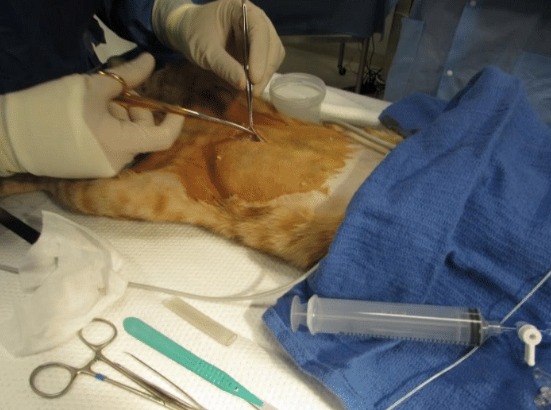 "Using the FOIA, we have obtained never-before-seen videos, photos and other documents detailing constipation experiments in a US govt lab.

"Cats are given spinal cord injuries, implanted with experimental devices, and then fake faeces are forced into their rectums.

"At the end, the cats are killed," the group says.

Justin Goodman, vice president of advocacy and public policy at the taxpayer watchdog group, told The Sun: "Taxpayers shouldn’t be forced to pay millions for VA bureaucrats to buy healthy cats, cripple and mutilate them, and videotape their abuse in wasteful, bizarre and deadly constipation experiments."

Analysis of medical records obtained via the FOIA show the experiments and procedures cause the cats "distress, seizures, bloody urine, and depression", the group found.

It's accused the VA of "torturing cats as young as six months old in cruel and wasteful constipation and incontinence experiments". 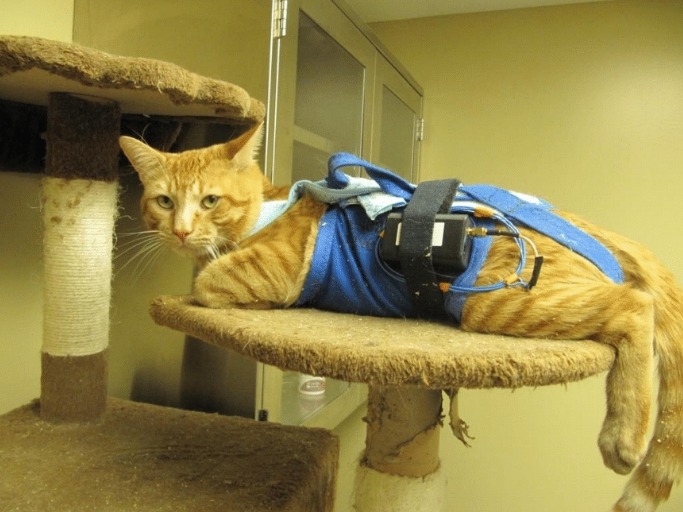 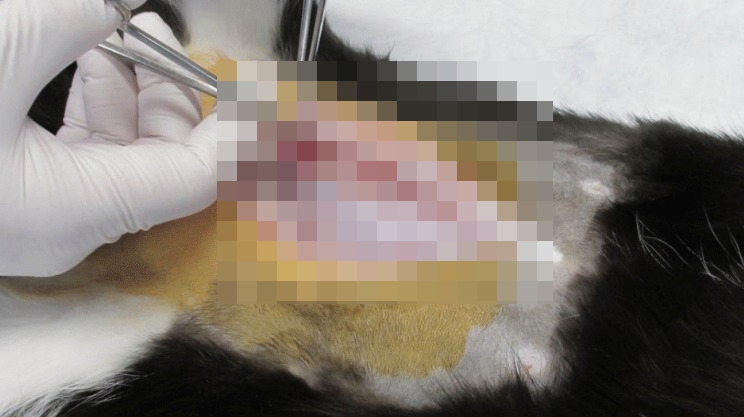 Instead of using animals, the tests "could be done in human volunteers which would give results directly related to people", WCW urged.

From initial information released so far, two of the experiments show approval to "use and kill 35 cats", the campaigners added.

Purchase receipts provided by the VA shows its researchers "typically buy cats for these experiments in August and September each year.

"All of these tests are classified as painful experiments."

These have been running alongside incontinence tests.

Mr Goodman said that after crucial lobbying "by our watchdog group and its over two million members, Congress has drawn a line in the sand.

"It has cut funding for the VA’s dog tests and directed it to phase-out its wasteful experiments on cats by 2025. 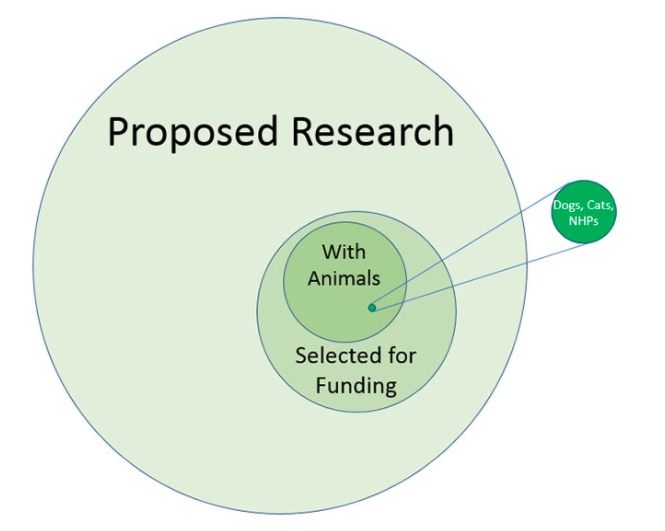 The VA says on its website that it “is committed to supporting the research that is needed to improve medical care for Veterans”.

More than half of its research is “done with human subjects, computer models, analysis of existing data, or collection of data from biological systems other than vertebrate animals".

Of the remainder, rats and mice are mainly used, while “less than five per cent of that last one per cent depends on living vertebrate animals involving dogs, cats, or nonhuman primates".

Its animal testing is approved before going ahead, with "feedback provided by at least one boarded laboratory animal veterinarian" and it undergoes further reviewing.

The VA says that "cats are the smallest known species in which the control of bowel storage and emptying are managed as in humans.

"Research is to learn more about the neurophysiology mechanisms involved, so that better therapeutic approaches can be developed."

Felines are also used for research on sleep, to help people suffering from sleep apnoea.

In December 2019 US Congress enacted WCW-backed legislation directing the VA to phase out testing on cats, dogs and monkeys by 2025.

The VA is "still in the process of responding" but has released initial information as per the request. 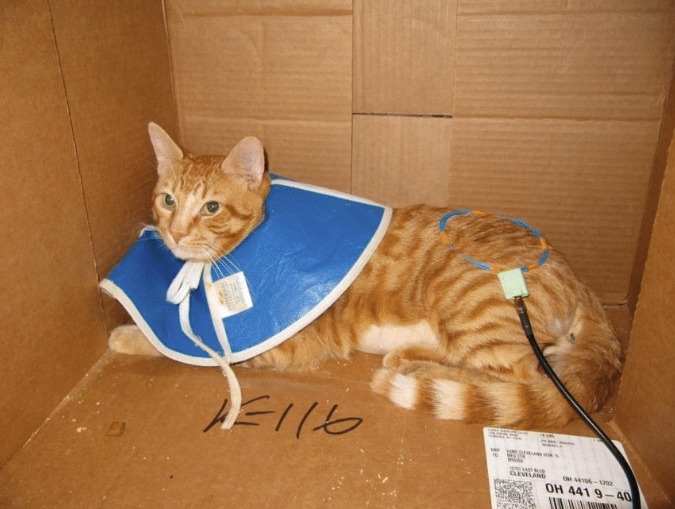