The UK’s trade deal with Japan is being held up by demands over cheese, it was claimed today.

Trade Secretary Liz Truss is believed to be insisting on better terms for agricultural exports, and Stilton in particular.

The two sides had been hoping to finalise the post-Brexit pact by now, but the process has been delayed by last-minute haggling – although there are still hopes it will be completed this month.

The dispute, highlighted by the Financial Times, has echoes of the ‘cars for cheese’ clashes during the trade negotiations between the EU and Japan. 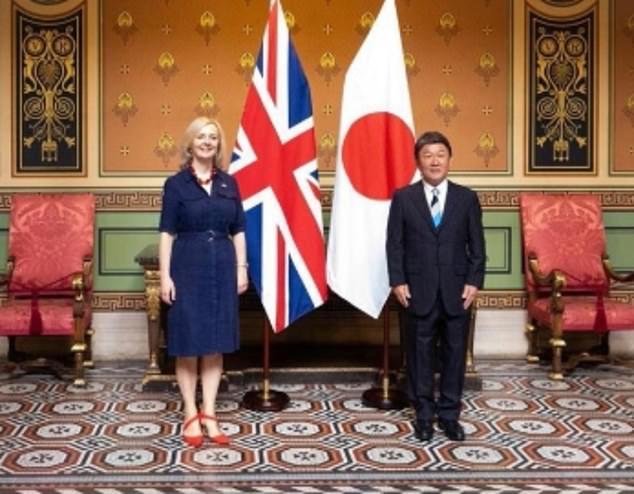 The two sides had been hoping to finalise the post-Brexit pact by now, but the process has been delayed by last-minute haggling. Liz Truss is pictured with Tokyo’s foreign minister Toshimitsu Motegi

Ms Truss is known to be an aficionado of the cheese business, having achieved cult status on social media in 2014 after telling Tory conference the trade deficit in the dairy delicacy was ‘a disgrace’.

The UK’s talks with the EU are deadlocked over issues including fishing rights, while discussions with the US may not be completed before November’s presidential election, which could herald a change of administration.

The UK Japan trade deal is broadly based on an agreement done between Tokyo and the EU but Britain has sought to negotiate further tariff reductions and better access to Japanese markets for British firms.

Japan is a major investor in British industry, particularly consumer electronics and car manufacturing. The total value of bilateral trade in 2019 was £31.6billion according to British data.

Ms Truss said: ‘Negotiations have been positive and productive, and we have reached consensus on the major elements of a deal – including ambitious provisions in areas like digital, data and financial services that go significantly beyond the EU-Japan deal. 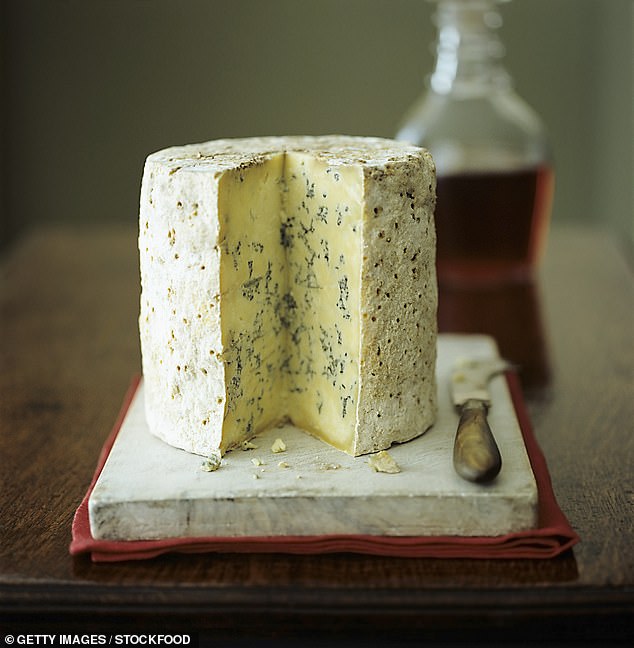 Trade Secretary Liz Truss is believed to be insisting on better terms for agricultural exports, and Stilton in particular

‘Our shared aim is to reach a formal agreement in principle by the end of August.

‘The UK-Japan Comprehensive Economic Partnership Agreement will forge stronger ties between two democratic island nations with a shared commitment to free and fair trade, and strengthen the global consensus for open markets at a time of heightened protectionism.

‘It will deliver more trade and investment that will benefit businesses and consumers across the whole of country and help level-up our United Kingdom.’