An exotic food lover from China who once devoured a snake gall has found his lungs festered with worms.

Doctors said that the infection could be caused by eating raw food or drinking unclean water.

Shocking footage shows a medic pointing out the serious, line-shaped infections on the man’s lungs on CT scans. 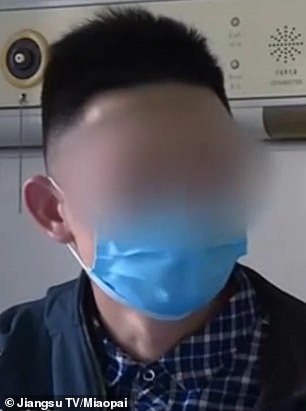 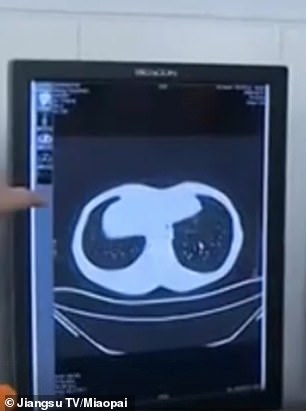 The Chinese resident, known by his surname Wang, recently went to a hospital in Suqian, Jiangsu province of eastern China after suffering difficulty in breathing for several months.

When the doctors asked about his dietary habits, Mr Wang said that he enjoyed having seafood, such as crayfish and river snails.

The food lover also confessed that he even gobbled down a raw snake gall once before.

The patient was later diagnosed with paragonimiasis, a food-borne parasitic infection caused by lung fluke.

This type of disease is mainly caused by eating raw seafood that contains tapeworm eggs or drinking unclean water, Dr Zhao Haiyan, a respiratory doctor from the hospital told the press.

The news comes the coronavirus pandemic that has infected over three million people around the world has shed a light on the exotic food industry in China.

Although scientists are still trying to unravel several aspects of the killer bug, it is widely believed that the virus came from a Wuhan seafood market where wild animals were sold as food.

Dr Zhong Nanshan, China’s leading epidemiologist, claimed in January that the epidemic might be linked to the eating of bamboo rats or badgers.

Other experts have named bats, snakes or pangolins as the likely source.

In February, China’s top legislative committee banned all trade and consumption of wild animals temporarily in the wake of the health crisis.

Local government in Beijing has passed a law last week, vowing to severely punish those who hunt, trade and eat wild animals across the city. Two other Chinese cities have also forbidden their residents from eating pet meat. 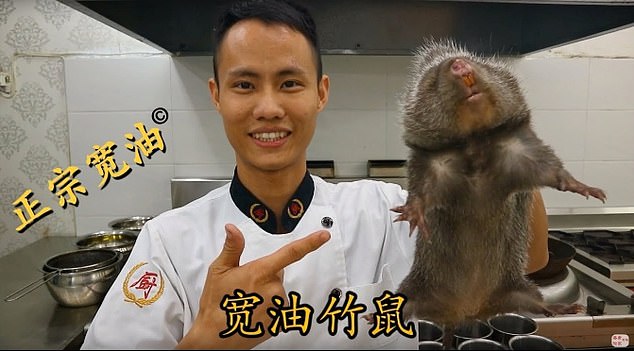