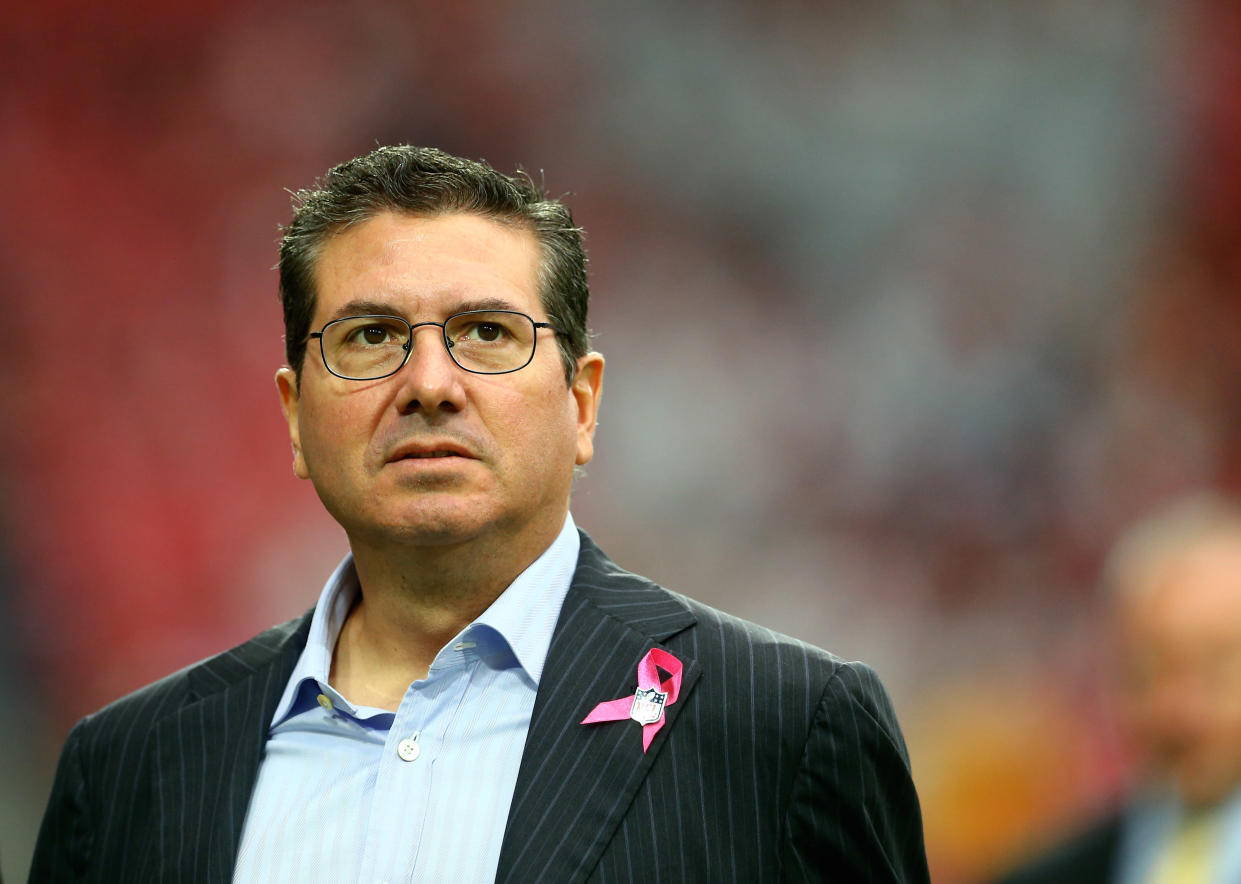 Hours after the Washington Post reported that team owner Daniel Snyder used a bribe, intimidation and private investigators to thwart a probe into allegations of Washington Football Team workplace misconduct, Congress demanded answers from the NFL.

The House Committee on Oversight and Reform released a statement on Tuesday that the "NFL must immediately turn over all evidence of Snyder’s interference and the other documents we requested over a month ago.”

The statement was cosigned by Rep. Carolyn B. Maloney (D-NY), Chairwoman of the Committee on Oversight and Reform, and Rep. Raja Krishnamoorthi (D-Ill), Chairman of the Subcommittee on Economic and Consumer Policy. It cites "new reporting about Snyder’s efforts to obstruct an internal investigation by attorney Beth Wilkinson into allegations of wrongdoing within the Washington Football Team."

Tuesday's Post report was the latest followup to a 2020 report that cited 15 former team employees leveling accusations of sexual harassment, verbal abuse and misconduct at the Washington Football Team. The 2020 report prompted an NFL probe into the team. Snyder then released a statement that he was "committed to fully cooperating with all aspects of the investigation."

According to Tuesday's report, Snyder has since gone to great lengths to silence a woman who accused him of sexual misconduct in 2009, including taking legal efforts to prevent his accuser of speaking with Wilkinson. The report cites court documents filed by the accuser's attorney. An attorney for Snyder denied the accusation in subsequent court filings, according to the report.

Snyder's attorney A. Scott Bolden repeated the denial in a statement released after Tuesday's Post story was published.

“Untrue," the statement reads. "It did not happen. Absolutely no effort was made by me or any Reed Smith lawyers to dissuade anyone from speaking with Beth Wilkinson or otherwise cooperating with her investigation, nor was any money offered to anyone not to cooperate. Anyone suggesting something to the contrary is lying.”

Maloney, whose committee previously requested information from the NFL regarding the investigation, again called for the league to hand over documents.

“It has become clear that Dan Snyder’s words and actions regarding the investigation into the Washington Football Team do not align,” Maloney said, per the statement. “While Mr. Snyder publicly stated that he wanted independent investigators to ferret out the truth, today’s reporting suggests that he was privately trying to obstruct the efforts of the very investigator he hired in an effort to conceal damaging information. These disturbing revelations have only strengthened the Committee’s commitment to uncovering the truth in this matter. The NFL must honor Commissioner Goodell’s promise to cooperate with Congress and fully comply with the Committee’s request for documents.”

Krishnamoorthi likewise demanded cooperation while declaring: "Snyder will stop at nothing."

“Today’s news confirms our worst fears: Dan Snyder actively fought to undermine NFL’s investigation into WFT’s hostile workplace culture,” Krishnamoorthi said, per the statement. “According to this reporting, not only did he try to prevent a key fact witness — a woman he paid $1.6 million in a sexual misconduct settlement — from speaking with investigators, he went as far as to send private investigator to witnesses’ homes. Snyder will stop at nothing. To get to the bottom of this story, NFL must immediately turn over all evidence of Snyder’s interference and the other documents we requested over a month ago.”