AN 11-YEAR-OLD Japanese girl wearing a French maid outfit sings and dances on stage for a crowd of middle-aged men, who hungrily photograph and film her every move.

Despite the disturbingly sexual element of the event, the child's mum happily takes her along – this is just what it takes to make it as a junior idol. 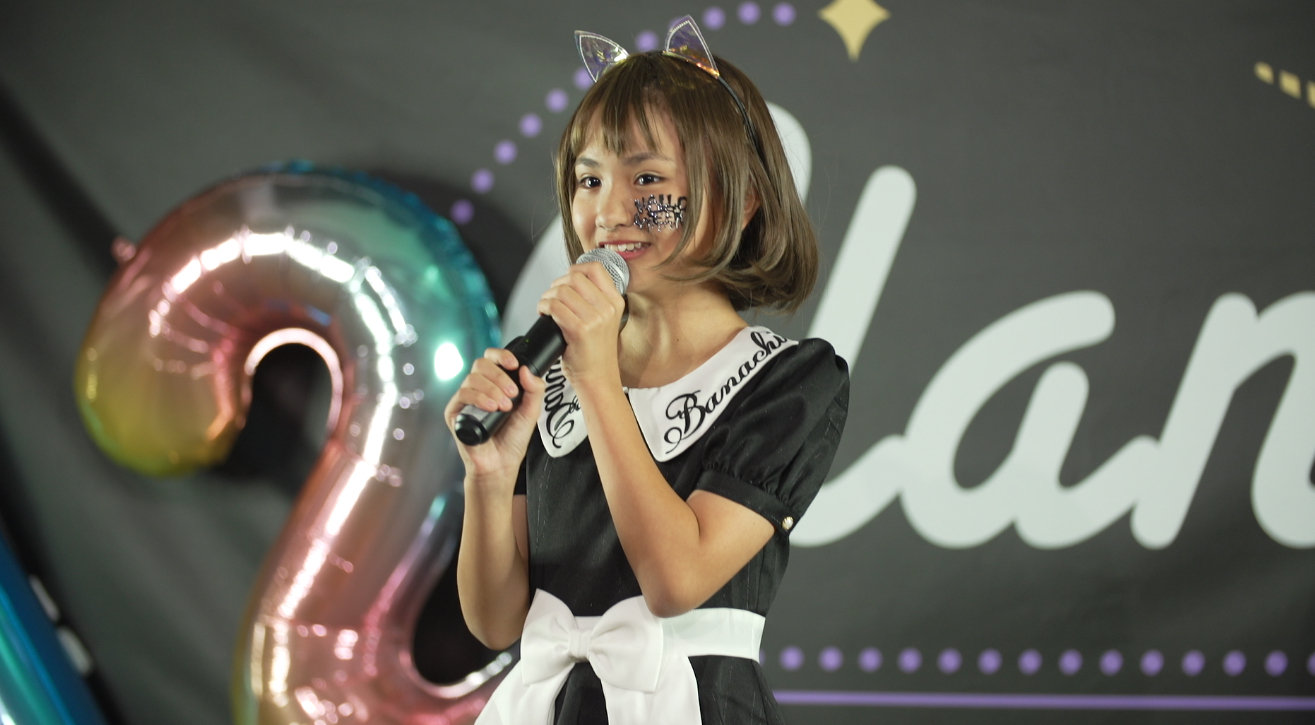 Junior idols are singers and models who are marketed as stars from a very young age in Japan, which can even include pre-teen children.

Although some see it as a way of building an audience before adulthood, the junior idol subculture has been criticised for sexualising young girls for an audience overwhelmingly made up of middle-aged men.

And in a country where possession of child sex abuse images wasn't made illegal until 2014, many think the practice is dangerous. 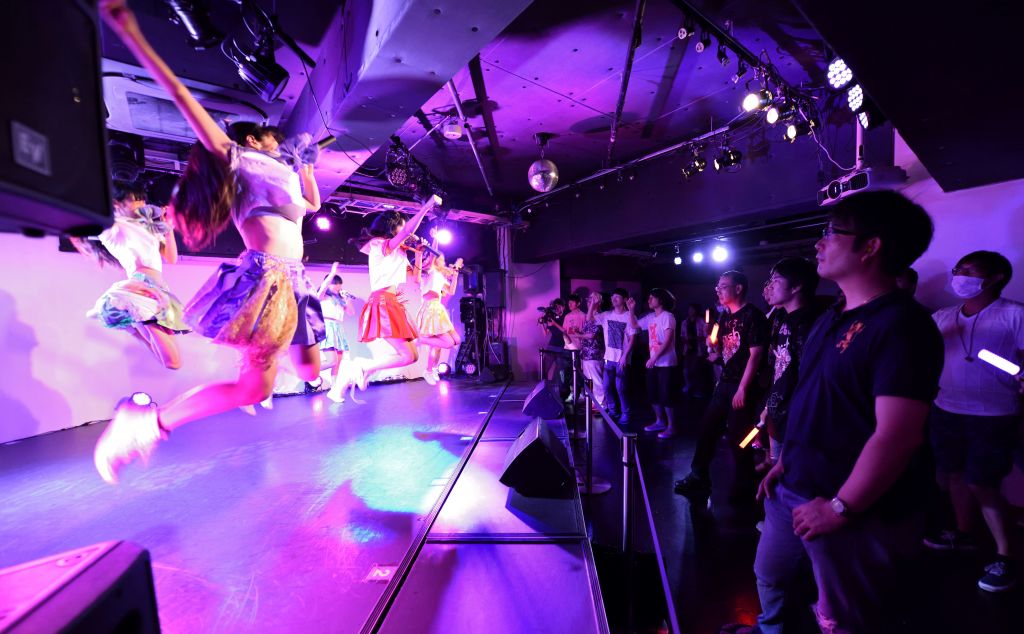 "I think it’s dangerous," one junior idols tells Theroux when asked if other fans in the culture are sexually attracted to children.

"Of course, not everyone has this feeling. But when I talk to them, many are dangerous.”

The Channel 4 documentary covers the life of Yune – who was scouted into the seedy junior idol business when she was just six years old.

Now 11, she's constantly working to grow her audience in Japan, which boasts the second biggest music industry on Earth.

“I’ve always dreamed of standing on stage at the Budokan," Yune tells Theroux, referring to the 14,500-seater Tokyo stadium that's hosted the likes of The Beatles and Taylor Swift. 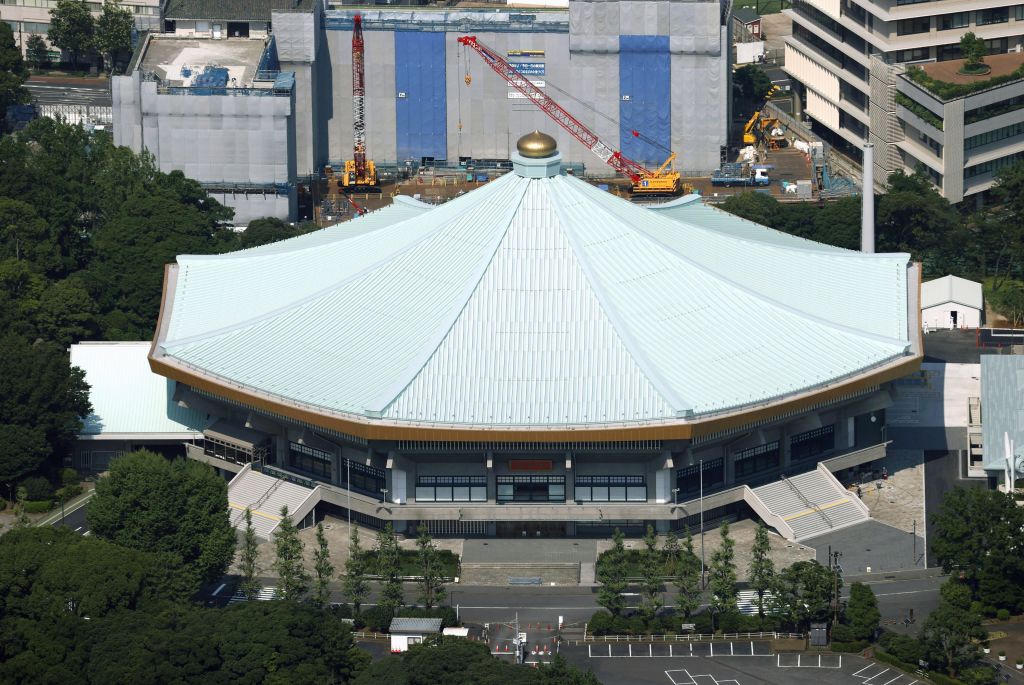 To help her realise Yune's pop star dream, her mum takes her to junior idol gigs and helps her with her weekly broadcasts on a live streaming app called Showroom.

But she also recognises there's a darker side to the junior idol business, keeping her address a secret and carefully moderating all the comments on Yune's livestreams before her daughter sees them.

In one broadcast, which is watched by over 100 fans, Yune sings: "Give me, give me your love, kiss me baby, won’t you pamper me sometimes?"

At the end of the broadcast, in which adult fans can send her cash presents, one 38-year-old man tells her she's "very beautiful".

"But when you’re trying to achieve something, there will always be obstacles.”

Even seedier than the livestreams are the live shows, in which 200 menflock into a concert hall to see a showcase of the girls in the flesh.

After the £30 performance, fans can then queue up to meet the children afterwards, paying another £7 for a CD or signed Polaroid. 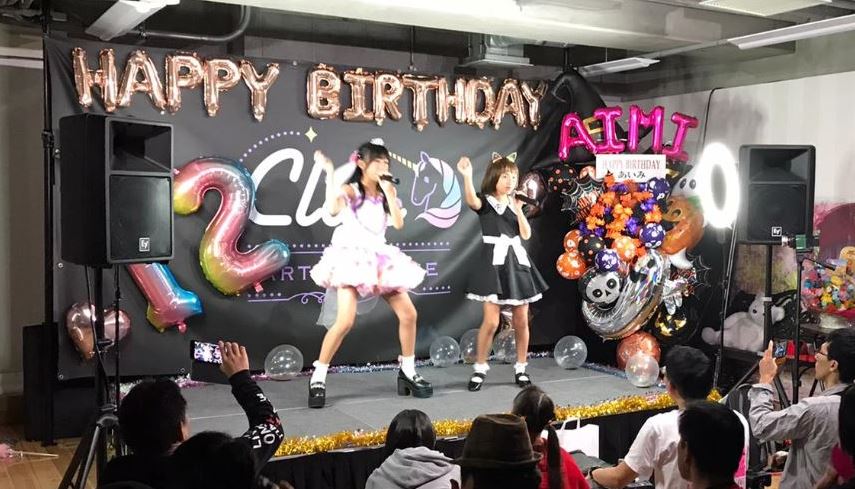 But many fans just want to have their photo taken with the junior idols themselves – one even asks Yune to handcuff herself to him in a picture.

"This kind of culture is kind of a little bit growing and blooming in Japan, but still, most of the Japanese think it’s not a good culture," one fan tells Theroux.

"We enjoy her performance in a gentleman’s way, so no pressure, no harassment, but we support her play and her growing up.”

The 38-year-old who told Yune she was beautiful on the livestream even pays extra to do his own private photo shoots of her after shows. 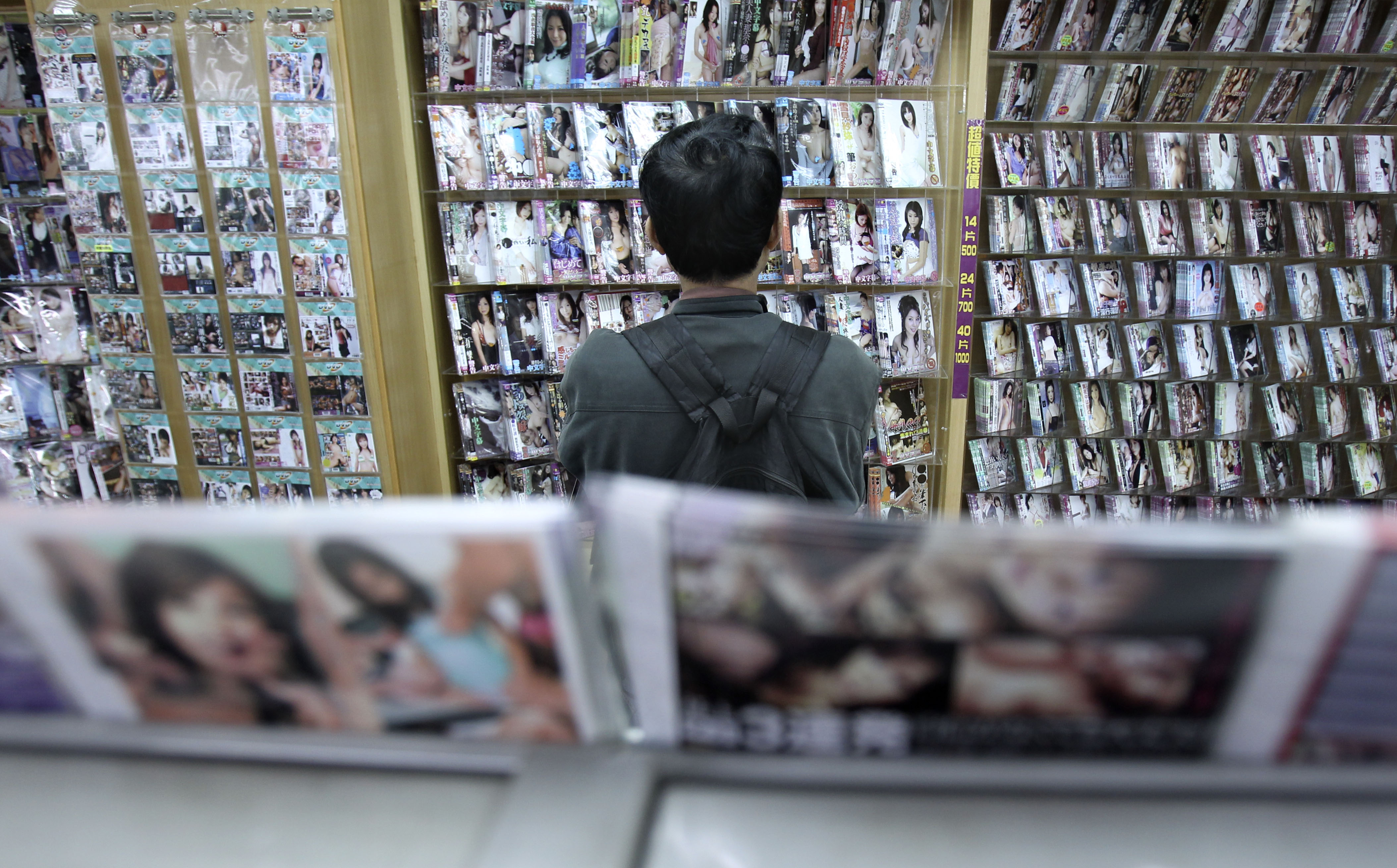 The superfan, called Koji, slavishly attends Yune's gigs, even travelling to Taiwan and the Philippines to watch her.

“I do find it really weird," Theroux says. "There’s something strange about seeing these middle-aged men who are basically starstruck by these 11-year-old girls.”

'Normal people think we are creepy'

Even Yune's own manager understands what he's exposing the little girl to.

"I can’t judge if the audience is watching in a sexual way," Mr Karimata tells Theroux.

"All I can do is protect her if someone in the room tries to touch her.” 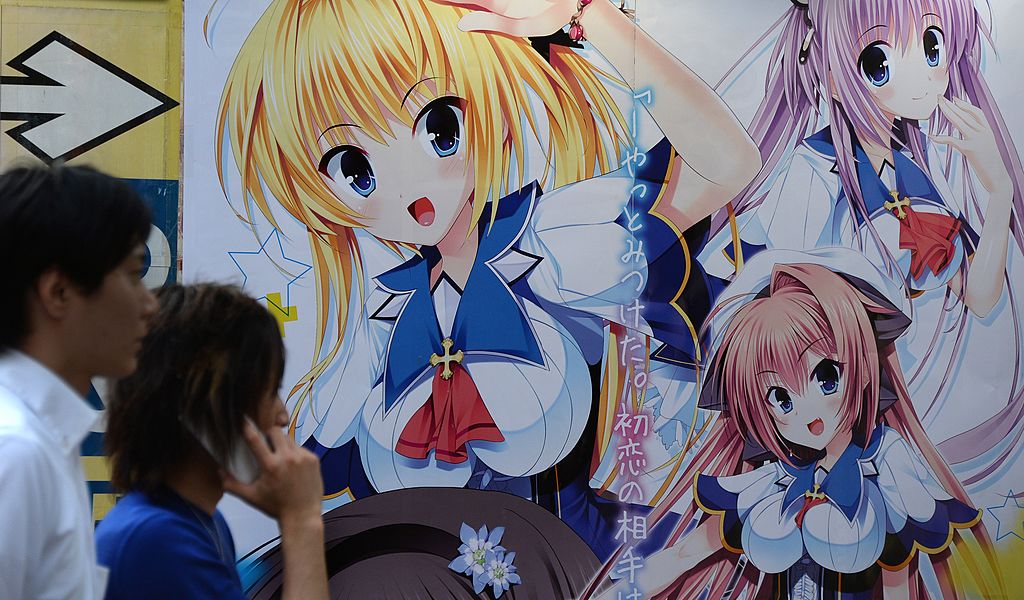 The disturbing sexual element of her followers is also something the men who follow her recognise.

"Wherever I go, people think the same way.”

But when pressed if junior idols fans are sexually attracted to children, Koji confirms the grim reality. 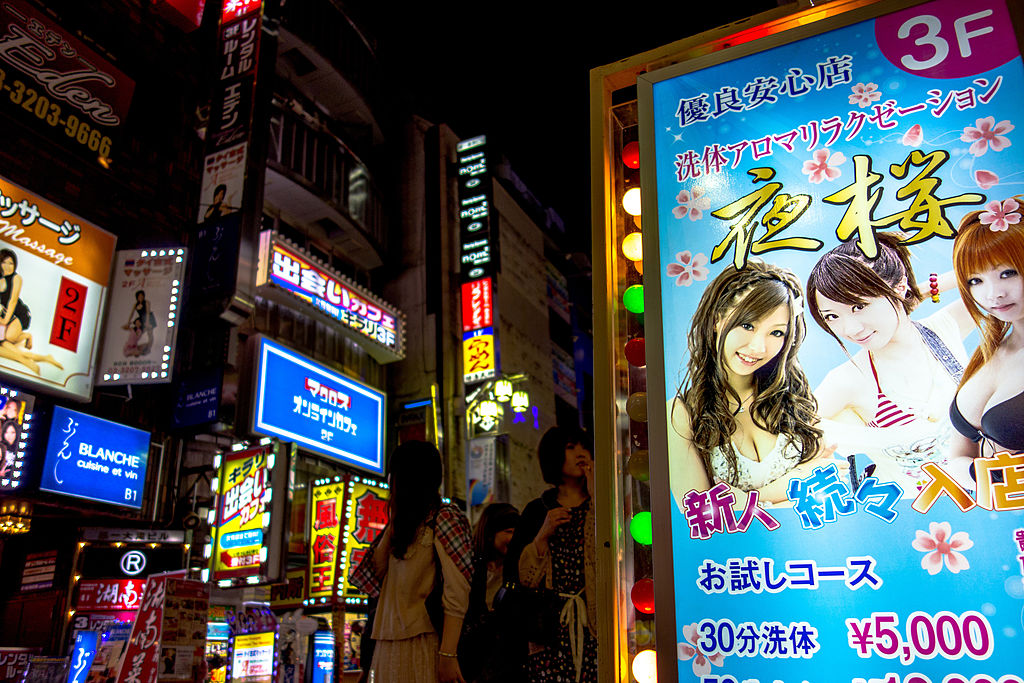 “To be honest there were fans of Yune like that. I think it’s dangerous," he says.

"Of course, not everyone has this feeling. But when I talk to them, many are dangerous.”

Some people who have studied the junior idol phenomenon think part of the obsession stems from Japan's epidemic of loneliness.

Over 12million adults under the age of 40 in the country – which has a population of 126.5million – aren't in a relationship, leading to a whole service industry catering to satisfying the needs of lonely men. 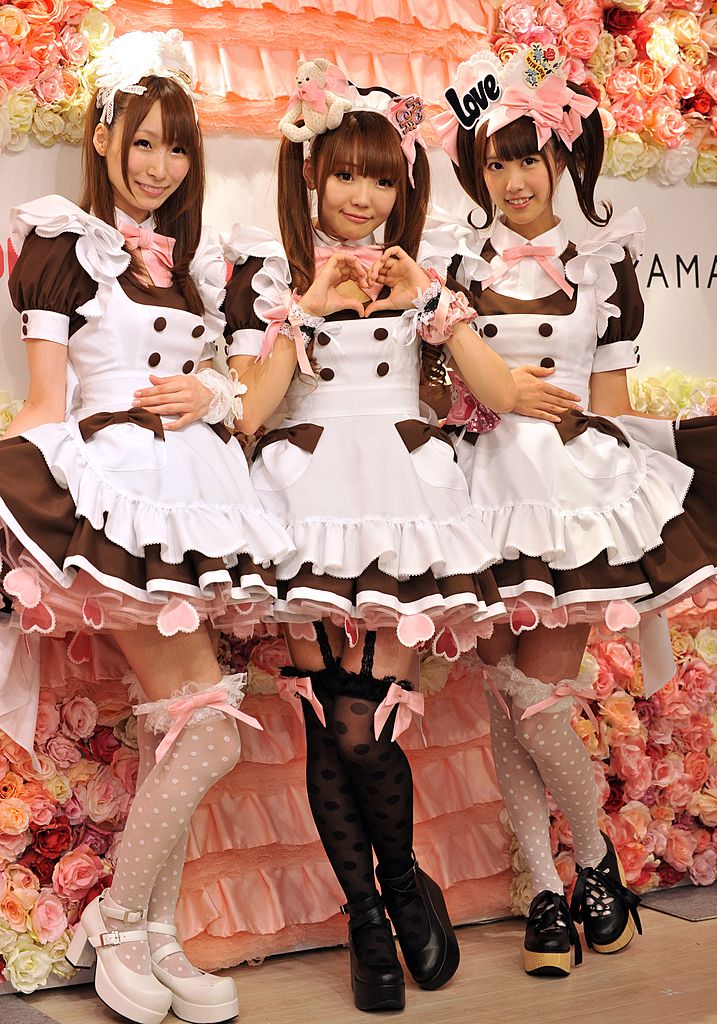 One notorious example are the "maid cafes", in which blokes pay to be served drinks by young girls dressed as french maids.

“For people who come [to maid cafes] their actual life and families seem false, like a fake world," says Prof Masahiro Yamada, a sociologist who has studied loneliness in Japan.

"When they come here, they feel more like themselves."

Prof Yamada estimates that a quarter of all Japanese people under 40 won't ever get married, and they turn to alternative "virtual love" to fill the gap. 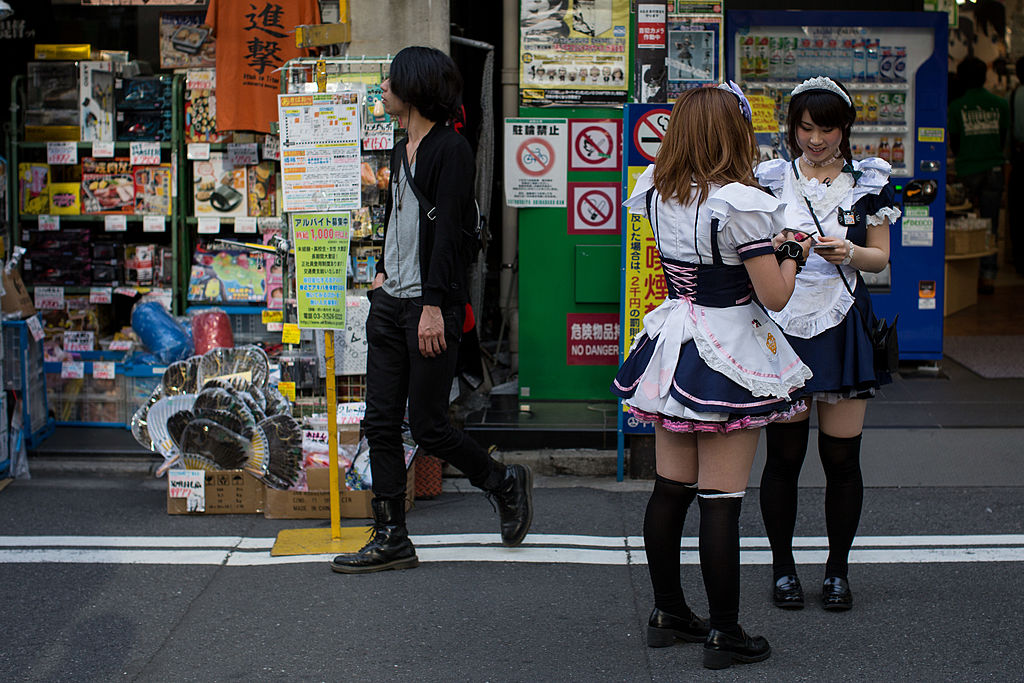 "People are looking for a fantasy family, such as a sister, mother or lover," he says.

"In the case of idols, it’s a daughter. Satisfying people who want a fantasy family has become a business.”

But despite loneliness being a factor in the spread of the junior idol subculture, Theroux remains wary of its risks.

“If I’m right, the junior idol industry is playing with fire, gratifying desires that would be criminal if acted upon," he says.

"As Yune treads her difficult path towards stardom, I just hope that those around her will continue to keep her safe."

Unreported World: Schoolgirl Pin-Ups is on Channel 4 on Friday, 7th August, at 7.30pm.