Dilly, the three-year-old Dachshund, is seen rolling a ball towards his four-week-old daughter Mini.

The ball hits Mini’s front legs. Confused, she continues looking at her father as she does not know what to do with the ball. 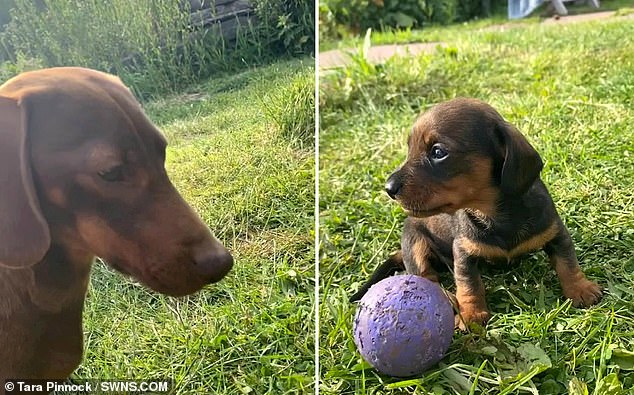 Three-year-old Dachshund Dilly rolls the ball towards his four-week-old daughter Mini outside their home in Abergavenny, South Wales

Frustrated Dilly nudges the ball towards Mini for a second time as if to say ‘why aren’t you playing fetch?’.

Tara Pinnock, 22, shot the video in her home in Abergavenny, South Wales.

She said: ‘The video was taken just outside of my house while I played with all the six puppies and caught this wonderful moment. Dilly is obsessed with having a ball thrown for him.

‘Dilly normally will not let anyone else near his ball. But he kindly shows her how to play with his ball.

‘I always film the puppies because they were always doing sweet things and playing together.

‘I thought it I kept filming bits of their lives at one point I’d get a magical moment like this one!’ 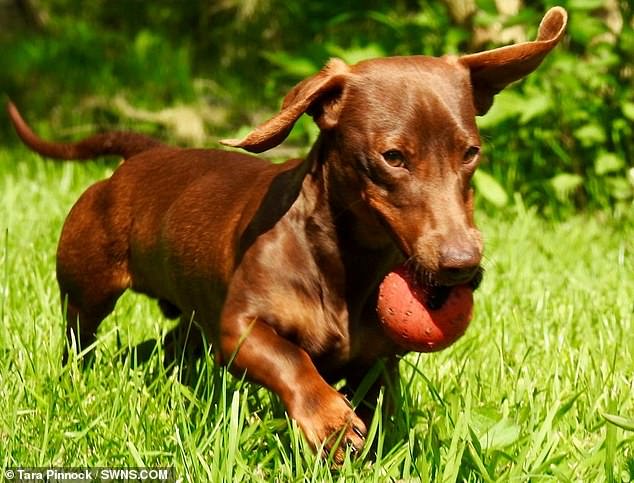 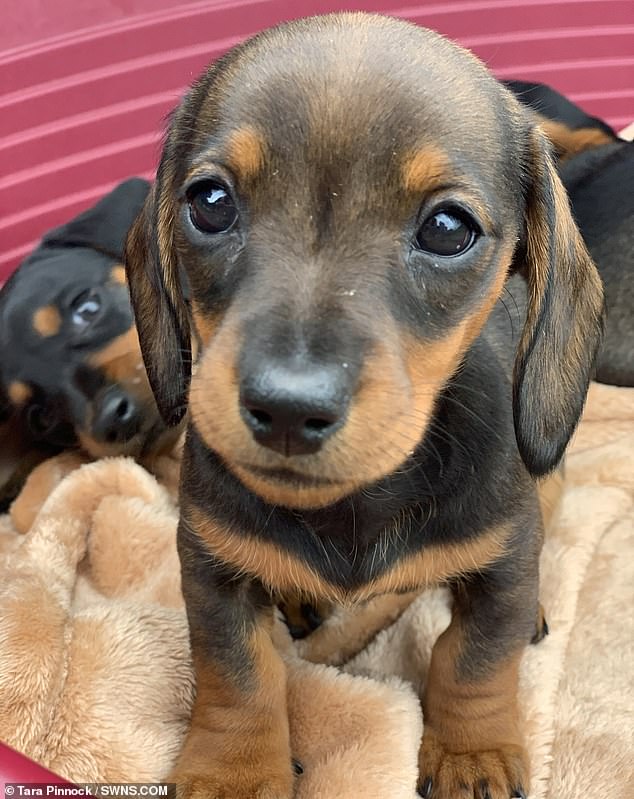