Is England’s Covid-19 outbreak finally shrinking for good? ONS estimates 2,400 people are catching the virus each day – down 37% in a week as symptom-tracking app names three new hotspots

England’s coronavirus crisis could be in retreat for good as weekly infections have plummeted by a third in a week, official data suggests.

The Office for National Statistics estimates 2,400 people are contracting the disease every day, down 37 per cent from the 3,800 the previous week.

Statisticians at the Government-run agency said that while cases had been on the climb since July – prompting fears of a second wave – the epidemic’s upward trajectory had now been stopped in its tracks.

Concerns about a Covid-19 resurgence sparked panic among ministers and prompted Boris Johnson to ‘squeeze the brakes’ on easing rules at the start of August. Daily infections breached the 1,000 mark this month for the first time since late June.

The latest report estimated that 24,600 people in England had the coronavirus at any given time in the week ending August 13, the most recent study period.

It suggests 0.05 per cent of the population in England is currently infected with the disease, or around one in 2,200 people.

Meanwhile, a coronavirus mobile app which suspected patients use to report their symptoms has revealed that three new areas in the UK have joined the ranks of the worst-hit regions in the UK.

Researchers from King’s College London, who run the COVID Symptom Tracker app that is used by millions of Brits, say Merthyr Tydfil in Wales, Dundee City and Nottingham should now be monitored closely. 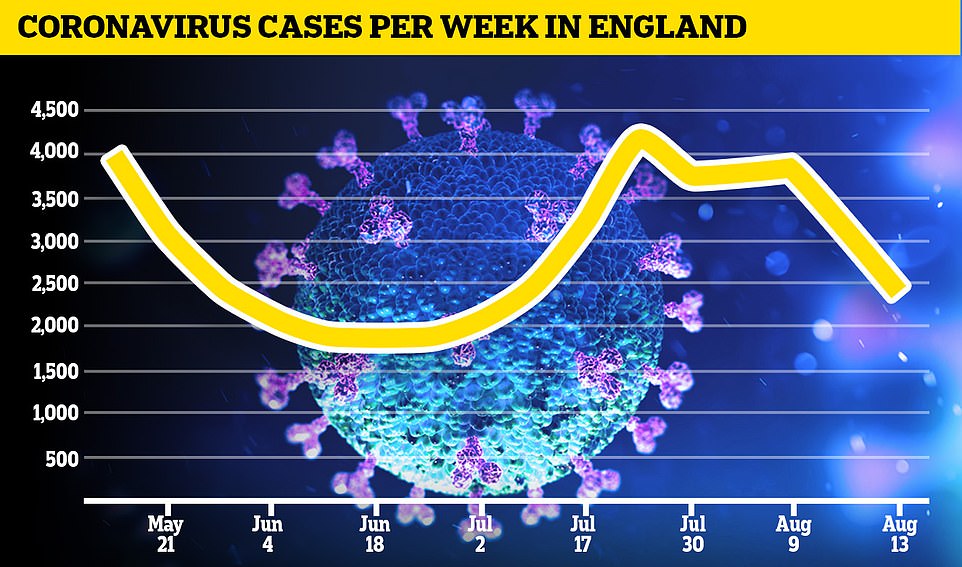 The Office for National Statistics estimates 2,400 people are contracting the disease every day, down 37 per cent from the 3,800 the previous week 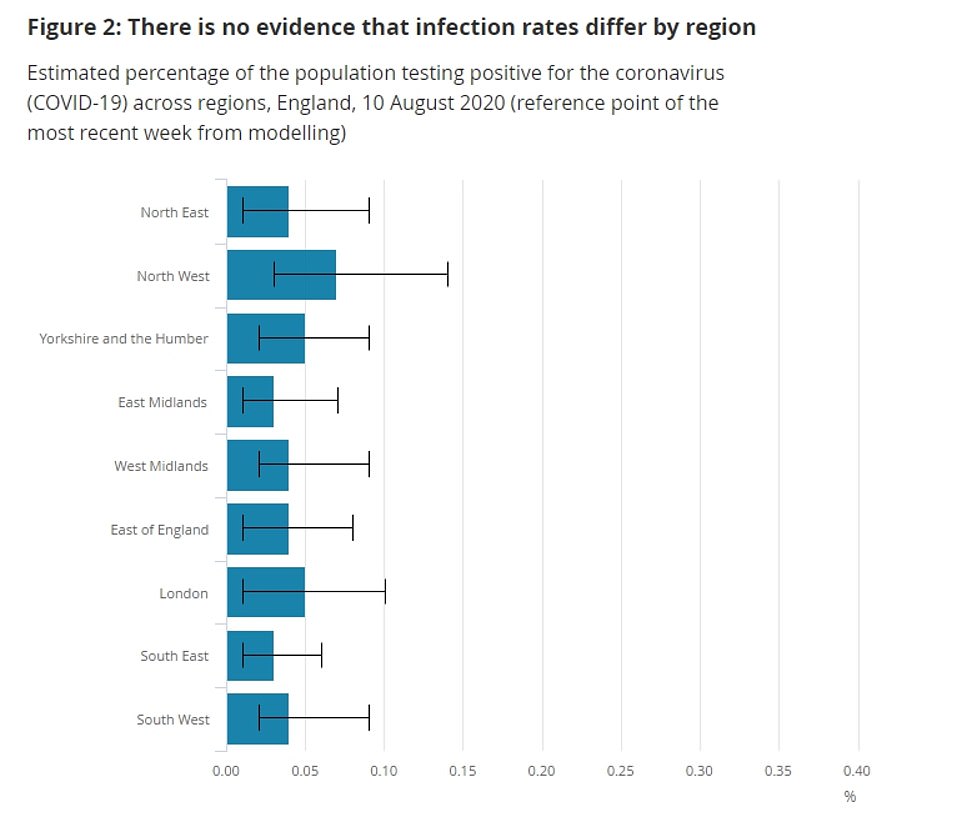