Ketura, Israel: The plump, golden-brown dates hanging in a bunch just above the sandy soil were finally ready to pick.

They had been slowly ripening in the desert heat for months. But the young tree on which they grew had a much more ancient history — sprouting from a 2000-year-old seed retrieved from an archaeological site in the Judean wilderness.

"They are beautiful!" exclaimed Dr Sarah Sallon with the elation of a new mother, as each date, its skin slightly wrinkled, was plucked gently off its stem at a sunbaked kibbutz in southern Israel. 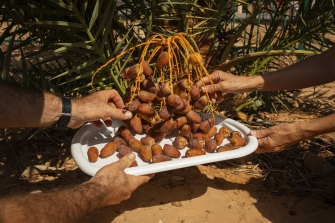 They were tasty, too, with a fresh flavour that gave no hint of their two-millenium incubation period. The honey-blonde, semi-dry flesh had a fibrous, chewy texture and a subtle sweetness.

These were the much-extolled, but long-lost Judean dates, and the harvest this month was hailed as a modern miracle of science.

Sallon, who researches natural medicine, had joined up with Elaine Solowey, an expert on arid agriculture, to find and germinate the ancient seeds. This harvesting of the fruit, celebrated in a small ceremony earlier this month at Kibbutz Ketura, was the culmination of their 15-year quest. 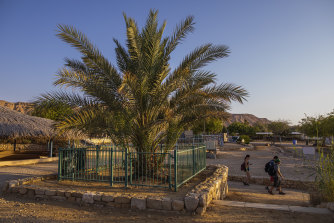 "In these troubled times of climate change, pollution and species dying out at alarming rates, to bring something back to life from dormancy is so symbolic," Sallon said. "To pollinate and produce these incredible dates is like a beam of light in a dark time."

Date palms were praised in the Bible and the Koran, and became symbols of beauty, precious shade and succulent plenty. In antiquity, the Judean palms, prized for their quality, appeared as motifs in synagogues.

A Roman coin minted around AD 70 to celebrate the conquest of Judea depicted the Jewish defeat as a woman weeping under a date palm.

But by the Middle Ages, the famed Judean plantations had died out. Wars and upheaval likely made their cultivation impractical, as did their need for copious amounts of water in summer.

So Sallon went on a hunt.

A paediatric gastroenterologist who directs the Louis Borick Natural Medicine Research Centre at the Hadassah Hospital in Jerusalem, Sallon was on a mission to revive old knowledge for use in modern medicine. She had learnt from a dusty archive in Jerusalem that dates were not only good for digestion but were thought by traditional healers to improve blood production and memory, and to have aphrodisiac properties. 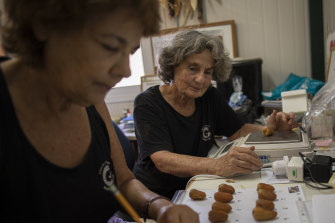 She obtained a few of the date seeds that had been found in the 1960s during an excavation of Masada, the desert fortress near the Dead Sea where Jewish zealots, besieged by the Romans in A.D. 73, famously died by their own hand rather than fall into slavery.

She immediately turned to Solowey, who runs the Centre for Sustainable Agriculture at the Arava Institute for Environmental Studies in Kibbutz Ketura. 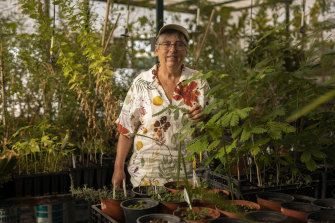 The institute, established in 1996 after the Israeli-Palestinian Oslo peace accords, is dedicated to advancing cross-border environmental cooperation in the face of political conflict, and offers academic programs to Jordanians, Palestinians and Israelis as well as international students.

Solowey planted the seeds in quarantined pots in January 2005, not expecting much, but nevertheless employing a few "horticultural tricks", she said, to try to coax them out of their long slumber, involving warming, careful hydration, a plant hormone and enzymatic fertiliser.

Weeks later, she said, she was "utterly astonished" to see the earth had cracked and a tiny shoot had emerged. Named Methuselah after the biblical patriarch known for his longevity, that shoot has since grown into a sturdy tree outside her office.

But Methuselah turned out to be a male, and male palm trees are not good for much on their own. (Gender can be confirmed once the trees flower or by genetic testing.)

So Sallon went searching again and chose more than 30 seeds from another stash from archaeological sites in the Judean desert, including Qumran, where the Dead Sea Scrolls were found. Planted at Ketura between 2011 and 2014, six of the seeds sprouted.

They were given the names of biblical figures when they germinated, but as their genders became clear over time, Judah became Judith, Eve became Adam, and Jeremiah became Hannah.

Hannah's seed, which came from an ancient burial cave in Wadi el-Makkukh near Jericho, now in the West Bank, was carbon dated to between the first and fourth centuries BC, becoming one of the oldest known seeds to have ever been germinated.

The research was peer reviewed and detailed in a paper published in February in Science Advances, a leading scientific journal.

A month later, there was another surprise. After growing for six years, Hannah flowered in a nearby plot. Now, it was time to play matchmaker. Solowey painstakingly collected pollen from Methuselah and brushed it onto Hannah's flowers, "because I wanted Methuselah to be the father," she said.

The night before the picking of Hannah's dates, there was some discussion of what the proper Hebrew blessing would be at the ceremony — the usual one for the fruit of the tree or the "shehecheyanu," a blessing of thanks for new and unusual experiences.

The next morning, both were recited, to a resounding Amen.

Hannah's fruit most reminded connoisseurs of the zahidi, an Iraqi variety known for its mildly sweet and nutty flavour.

Genetic experts from the University of Montpellier in France said the genotyping for the germinated plants indicated that the older seeds, including Methuselah and Hannah, were closer to eastern varieties that flourished from Mesopotamia to Arabia and all the way to Pakistan. Date palm cultivation is thought to be up to 6500 years old.

The younger the seeds, the more they resembled the varieties that flourished west of Egypt, like the moist, treacly sweet Moroccan medjoul date that is popular today and is commercially cultivated in plantations along the Jordan Rift Valley, including at Ketura.

It all made perfect sense to Sallon.

Ancient Judea was ideally placed between North Africa and Asia, along major trade routes, and the Romans, who traded all over the Mediterranean, could have brought western varieties with them to pollinate the older varieties from the east.

"Putting it simply, what do we find?" Sallon said. "The story of ancient Israel and the Jewish people, of diasporas, trade routes and commerce throughout the Middle East."

After the dates were harvested, there was little chance to savour the moment in the ensuing flurry of activity. Minutes after the picking and tasting, the dates were whisked away to be measured and weighed. About a dozen of the hundred or so from the bunch were individually wrapped in aluminium foil, packed on ice and sent to the Ministry of Agriculture's research institute.

Even the pips of those that had been eaten were collected for further study.

Aside from Sallon's interest in their medicinal properties, there was some banter among the institute staff about mass producing the old-new fruit, with an eye to marketing the fruit as "the dates that Jesus ate," and using the funds for research.

"Lucky, it tasted good," Solowey said. "If it had been awful what would I have said? That in the old days they didn't know what a good date was? There's a lot of literature about how they were the best dates in the world."