A surgeon has revealed what happens during an eyelid lift in gruesome behind the scenes footage.

Dr Daniel Aranov from Malvern, Victoria, posted a video to TikTok of him performing an eyelid lift, also known as blepharoplasty.

The squeamish video shows Dr Aranov cutting off the excess skin on the eyelid after marking them. 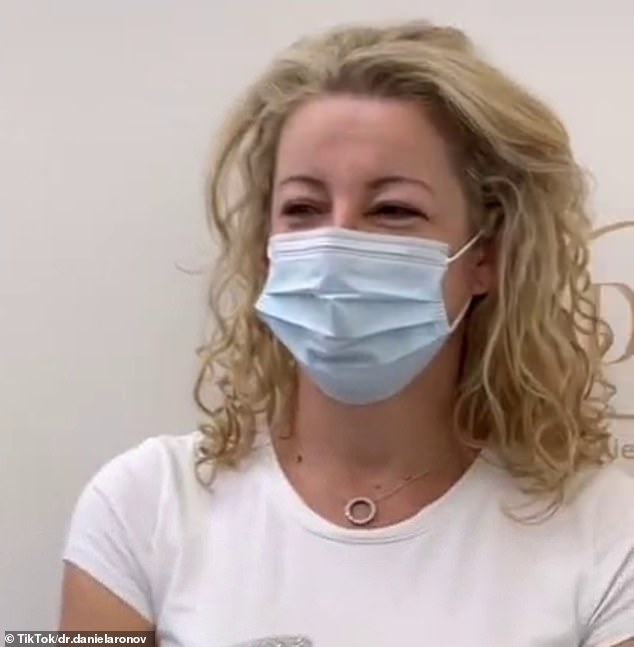 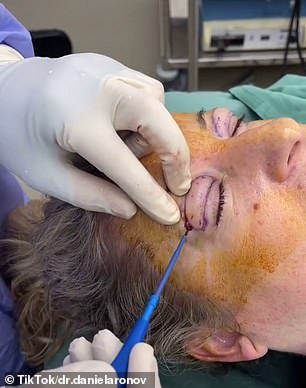 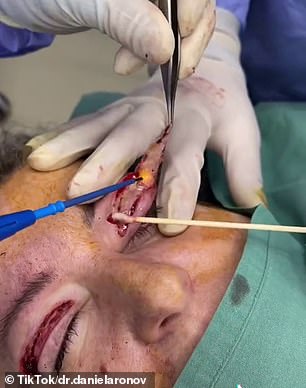 He then removes the a section of the eyelid with tweezers as blood oozes out.

Dr Aranov holds the piece of excess skin to the camera before going back to his client to stitch the eyelids back together.

The video has been viewed more than one million times and has 148,400 likes.

He caption the TikTok post: ‘Who can actually watch till the end?’

Social media users commented on the horrific nature of the procedure.

‘WHY IS SHE AWAKE?’ one person questioned. 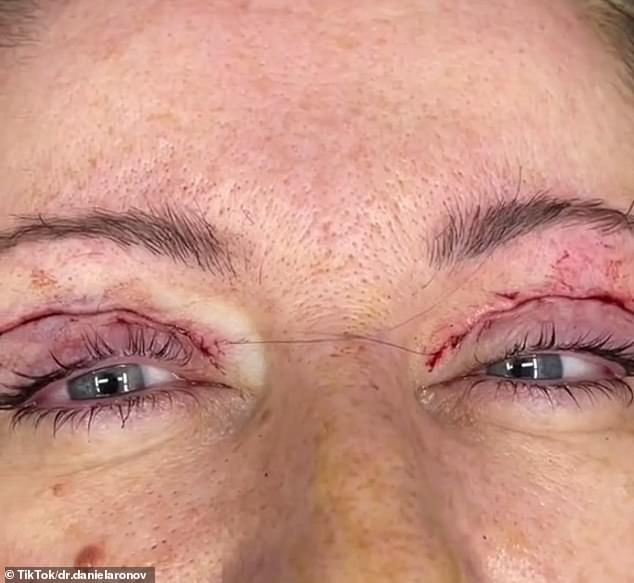 ‘This is scary,’ another posted.

‘Why the hell would anyone do this?’ another wrote.

The operation is usually done to correct defects and deformities, while others choose the surgery to aesthetically modify the eye area.