James Outman says he used to dream it. On Sunday he lived it.

The 25-year-old outfielder made his MLB debut on Sunday after being called up by the Los Angeles Dodgers. In the first at-bat of his MLB career, he put the Dodgers ahead with a two-run home run against the Colorado Rockies. Outman launched a 1-1 pitch from German Marquez into the Rockies bullpen at Coors Field, much to the delight of his friends and family in the stands.

His fiancée documented the moment — and her reaction — from her perspective.

Outman wasn’t done. He followed up his home run with two more hits en route to becoming the first player in Dodgers history to record a home run, three hits, three RBI and two runs scored in his MLB debut. His outburst at the plate led the Dodgers in a 7-3 win. He did it all from the nine hole.

“It was a dream come true… It’s kind of what I’ve been envisioning ever since I was like 8 years old.” @kirsten_watson caught up with James Outman following his MLB debut. (3-for-4, HR, 2B, 3 RBI) pic.twitter.com/W8TBIMsh93

“It was a dream come true, I guess,” Outman told SportsNet L.A. “It’s kind of what I’ve been envisioning ever since I was like eight years old. …

“As soon as I took the swing, I blacked out. I was just telling myself before the at-bat to relax because I knew I was gonna have a lot of nerves. I just wanted to relax and let what I’ve been doing for 20 years take over.”

The Dodgers selected Outman in the seventh round of the 2018 MLB draft out of Cal State Sacramento. MLB.com rates him as the No. 17 prospect in the Dodgers system. He certainly exceeded expectations on Sunday and likely earned some more looks at the big-league level.

“Historic — what a debut,” Dodgers manager Dave Roberts told reporters. “Really fun to watch. You can just see his joy. A day that he has dreamt about, and for it to play out like this. Today was about James Outman, and I couldn’t be more happy.” 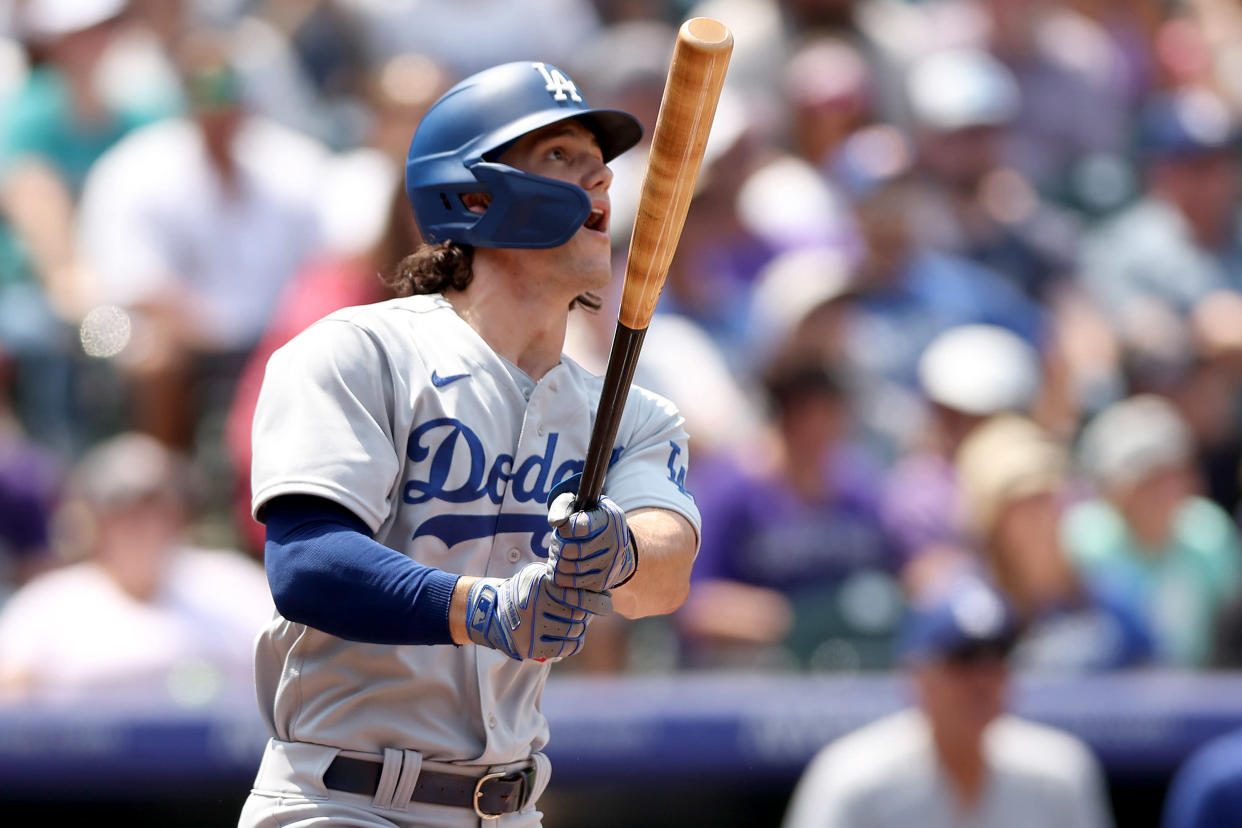