A TEEN girl was pushed to the ground and raped as she walked her dog in a park.

The 17-year-old was leaving a duck pond in Boggart Hole Clough in Manchester when she was ambushed by two men. 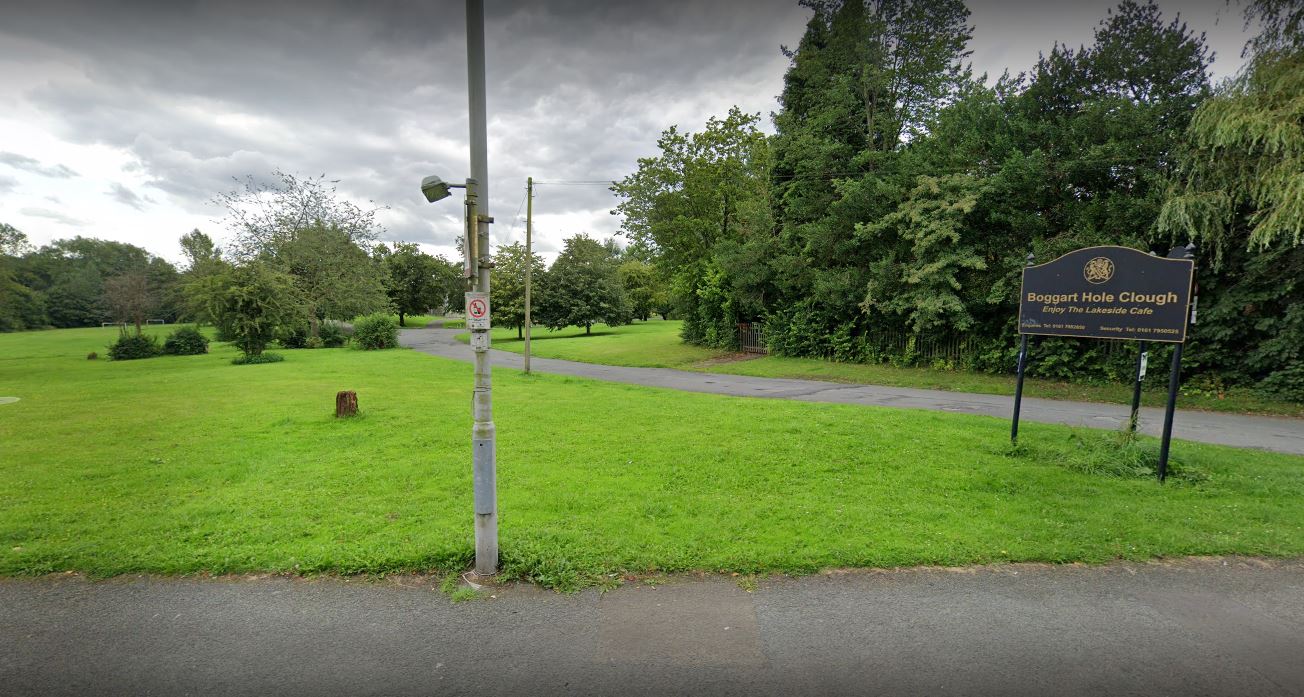 One took the dog from her while the second pushed her to the ground and assaulted her.

The girl managed to grab her dog and flee before alerting two other women in the park.

Police are now hunting the two attackers following the horror at around 9.30pm last night.

One has been described as black with braided hair, aged between 20 and 30 at 5ft 8ins.

He spoke with an African accent and was wearing a dark coloured puffer jacket with royal blue sleeves, dark jeans with a belt and dark trainers with bubbles in the sole.

The second was white, aged between 20 and 30 with a short beard. He spoke with a Manchester accent and was wearing a white long sleeved t-shirt with a v-neck, dark coloured jeans with white trainers.

Detective Inspector Louise Edwards of GMP's City of Manchester division, said: "We understand the distress that incidents such as this can cause for the community, and I want to reassure the public that we have launched a full investigation to establish the full circumstances of what happened, and ensure the people responsible for this horrendous act are identified.

"We are carefully examining the scene, and will increase our police presence in the area, so if anyone has any concerns, they can approach our officers directly.

"I want to also appeal to anyone who may have been walking in the area at the time, to come forward and speak with police. Any information, no matter how small, could be vital to our investigation."