Dominic Cummings could confirm Boris Johnson and the Government pursued a strategy of ‘herd immunity’ before the first coronavirus lockdown last March when he gives evidence to MPs next month, it was claimed today.

Mr Cummings is due to be grilled on the Government’s response to the pandemic by a joint session of the health and science select committees on May 26.

Downing Street will be on red alert ahead of his appearance amid a bitter briefing war between the PM and his former chief aide.

Reports this afternoon suggested that Mr Cummings could use his appearance to discuss whether ‘herd immunity’ was ever an official Government strategy. 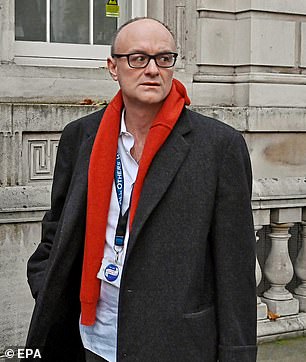 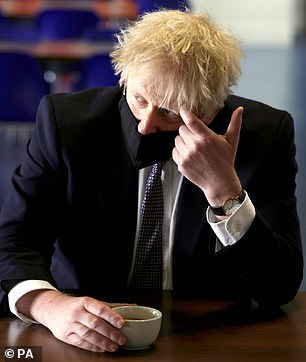 Dominic Cummings, Boris Johnson’s former top adviser, is due to give evidence to MPs about the Government’s response to the coronavirus pandemic on May 26 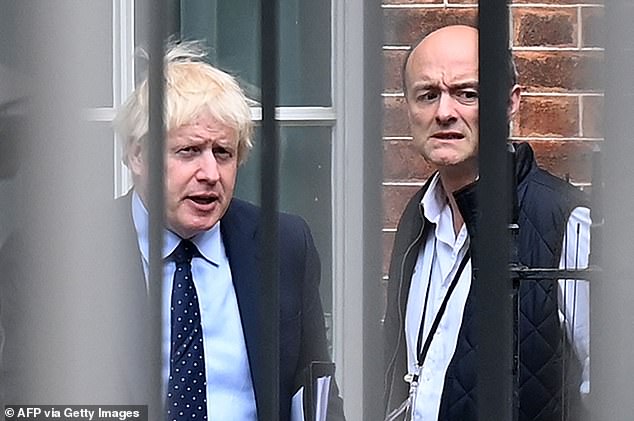 Downing Street will be on red alert ahead of his appearance amid a bitter briefing war between the PM and his former chief aide. The pair are pictured together in Downing Street in September 2019

ITV political editor Robert Peston reported on March 12 last year that the Government was pursuing a strategy of achieving ‘herd immunity’ – a process by which exposure to the disease would result in the population developing antibodies to be resistant to it.

Sir Patrick Vallance, the Chief Scientific Adviser, said on March 13 the ‘aim’ was to ‘try and reduce the peak – not suppress it completely, also because most people get a mild illness, to build up some degree of herd immunity whilst protecting the most vulnerable’.

His comments sparked a furious backlash as the Government then repeatedly denied ‘herd immunity’ was ever official policy.

Mr Peston said in a new piece for the May edition of The Spectator magazine that his report of the Government initially ‘pursuing a strategy of allowing the virus to pass through the population in a slow and steady way so that we acquired “herd immunity”‘ was the ‘prevailing view of the PM, his ministers and his scientific advisers’.

He added: ‘As Cummings will testify to MPs, this was the moment the penny dropped for him, and his ally Ben Warner, that the NHS would struggle to cope.

‘They began to pressure a reluctant PM to shield the elderly, restrict our movements and lock down.’

Mr Johnson announced the first national lockdown with an order to stay at home on March 23 last year.

A senior Government figure told the BBC in March this year that ‘there was a genuine argument in government, which everyone has subsequently denied’ over whether to go for a hard lockdown or to protect the most vulnerable and target some degree of ‘herd immunity’.

The broadcaster also reported there was even talk in Whitehall of so-called ‘chicken pox parties’ so healthy people could meet to spread the disease.