Dominic Cummings today reignited his war of words with Downing Street as he mocked Boris Johnson over the resignation of Matt Hancock.

Mr Johnson suggested at lunchtime that he had sacked Mr Hancock but the Prime Minister’s Official Spokesman then said the Cabinet minister had resigned.

Mr Hancock announced he was stepping down on Saturday evening, following the leaking of video footage showing him breaking social distancing rules by kissing an aide in his ministerial office.

His departure came a day after Number 10 said Mr Johnson had accepted an apology from Mr Hancock and considered the matter closed.

Mr Cummings seized on the chaos as he labelled Mr Johnson ‘Trolley’ in a tweet in which he poked fun at the PM for seemingly changing his mind on the issue. 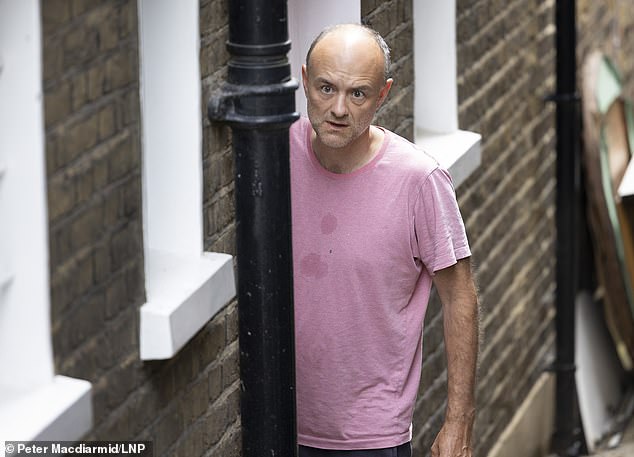 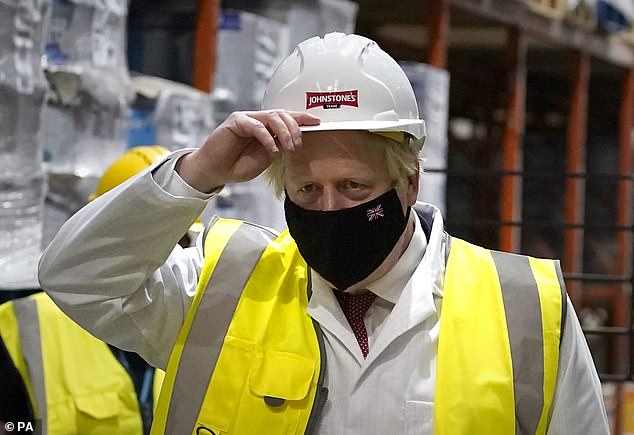 ‘Trolley Mon, CRASH: when I saw the story on Fri we had a new SoS on Sat.’

It emerged in a BBC report published in May of this year that some Number 10 staff privately call Mr Johnson ‘Trolley’.

It is reportedly a reference to the PM’s apparently chaotic approach to decision-making.

One insider explained to the broadcaster that the premier was like a shopping trolley because ‘you think you are pushing it along a path towards your goal then suddenly it veers off disastrously’.

Mr Johnson suggested at lunchtime that he acted over Mr Hancock because it undermined the Government’s message that the nation has been in the pandemic together.

‘That’s right,’ Mr Johnson told broadcasters. ‘And that’s why when I saw the story on Friday we had a new Secretary of State for Health in on Saturday.’

Labour deputy leader Angela Rayner accused Mr Johnson of trying to take credit for the resignation and of attempting to ‘rewrite history because he didn’t have the guts’ to fire Mr Hancock.

The spokesman replied: ‘No, the former health secretary resigned.’

Asked if Mr Johnson had urged Mr Hancock to resign, the spokesman said: ‘No, the Prime Minister accepted his resignation, he agreed it was the right decision.’

The spokesman declined to explain what changed between Friday – when a Number 10 spokesman said Mr Johnson accepted Mr Hancock’s apology and ‘considers the matter closed’ – and Saturday, when he accepted his resignation and appointed Sajid Javid as his replacement.

‘All I can say is they discussed it further and the Prime Minister agreed with the former health secretary that it was right for him to offer his resignation,’ the spokesman said.