GERMAN crematoriums are struggling to cope with demand after an explosion of coronavirus deaths, as the new mutant strain takes hold of the country.

Coffins marked with 'corona' scrawled in chalk are stacked on top of one another in every available space of Meissen's sole crematorium, as the death toll hit over 50,000. 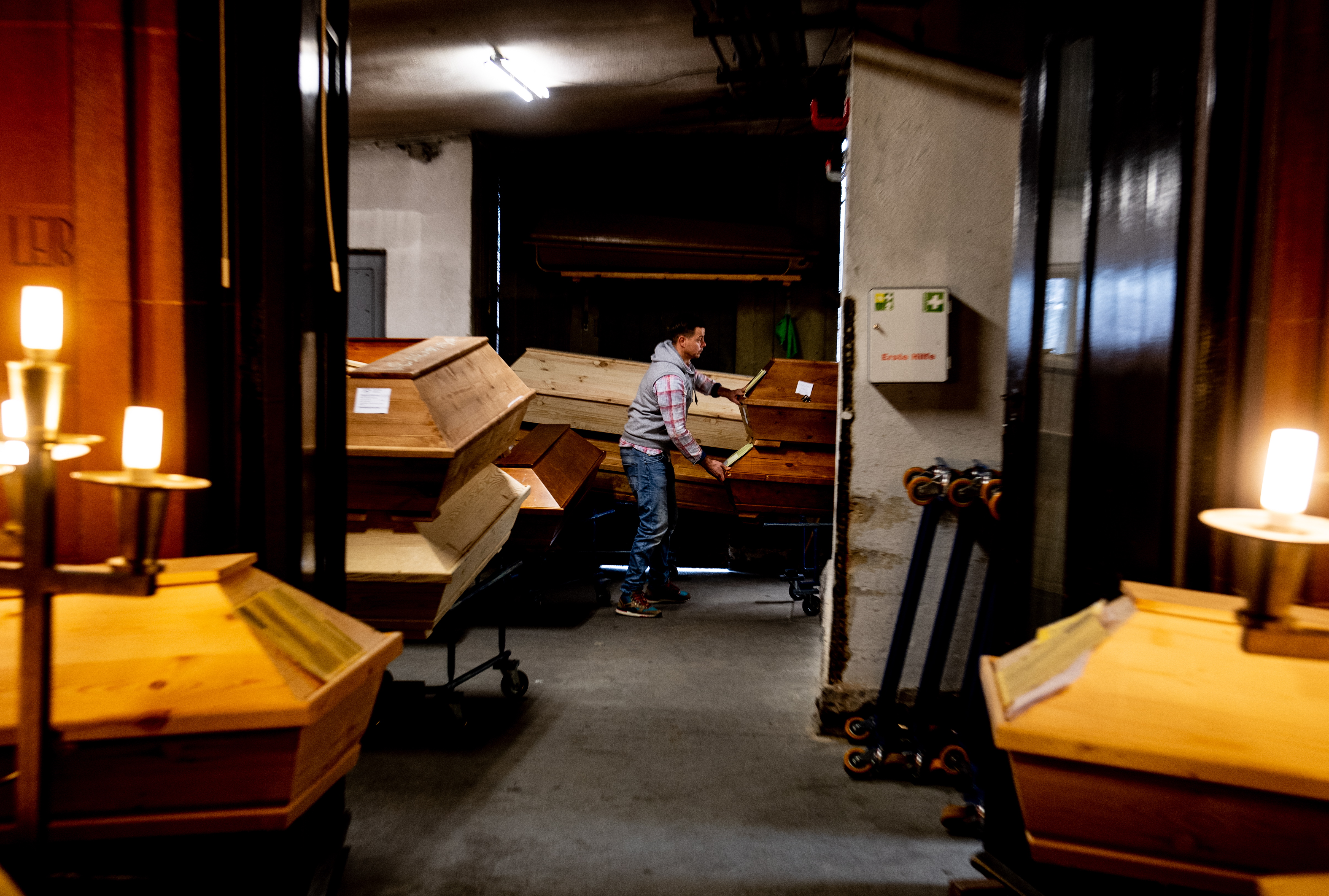 High infection and death rates have continued to rock Meissen and other eastern areas, and fears have been heightened further after the confirmation of a new German strain.

The town of Meissen has experienced one of the highest coronavirus rates in Germany.

Attached to the basic wooden caskets are small pieces of paper, providing basic details about the deceased – names, dates of birth, and dates of death.

Vast furnaces are operated around the clock to withstand the demand for cremations, as workers face a continuous battle to find room for more bodies.

To cope, Meissen crematorium is running 24 hours, seven days a week, with two furnaces in operation to cremate 60 bodies every day.

The chapel at the crematorium has now been converted into a storage facility for the dead, and chairs previously used to accommodate mourners have been removed to make space for coffins.

Crematorium director Jörg Schaldach discussed his sadness, saying: "For us, the problem isn't storage. The problem is actually for the bereaved.

"The ambulance leaves the yard and they never see their relatives again. There are no hospital visits. People understand that this is a crisis and they accept that. But the psychological aspect of parting is very, very difficult."

Last month the Meissen crematorium received over 1,400 bodies – double the number of a year ago.

More than half of the deceased had died due to coronavirus, and Schaldach expects at least 1,700 cremations to take place in this month alone.

Exhausted staff are running the crematorium 24 hours a day, seven days a week, operating two furnaces to cremate at least 60 bodies each day.

"People are dying alone in hospital without a loved one holding their hand," Schaldach continued.

"People get just a phone call: ‘deceased’. A farewell at the coffin is not possible, all they get is an urn." 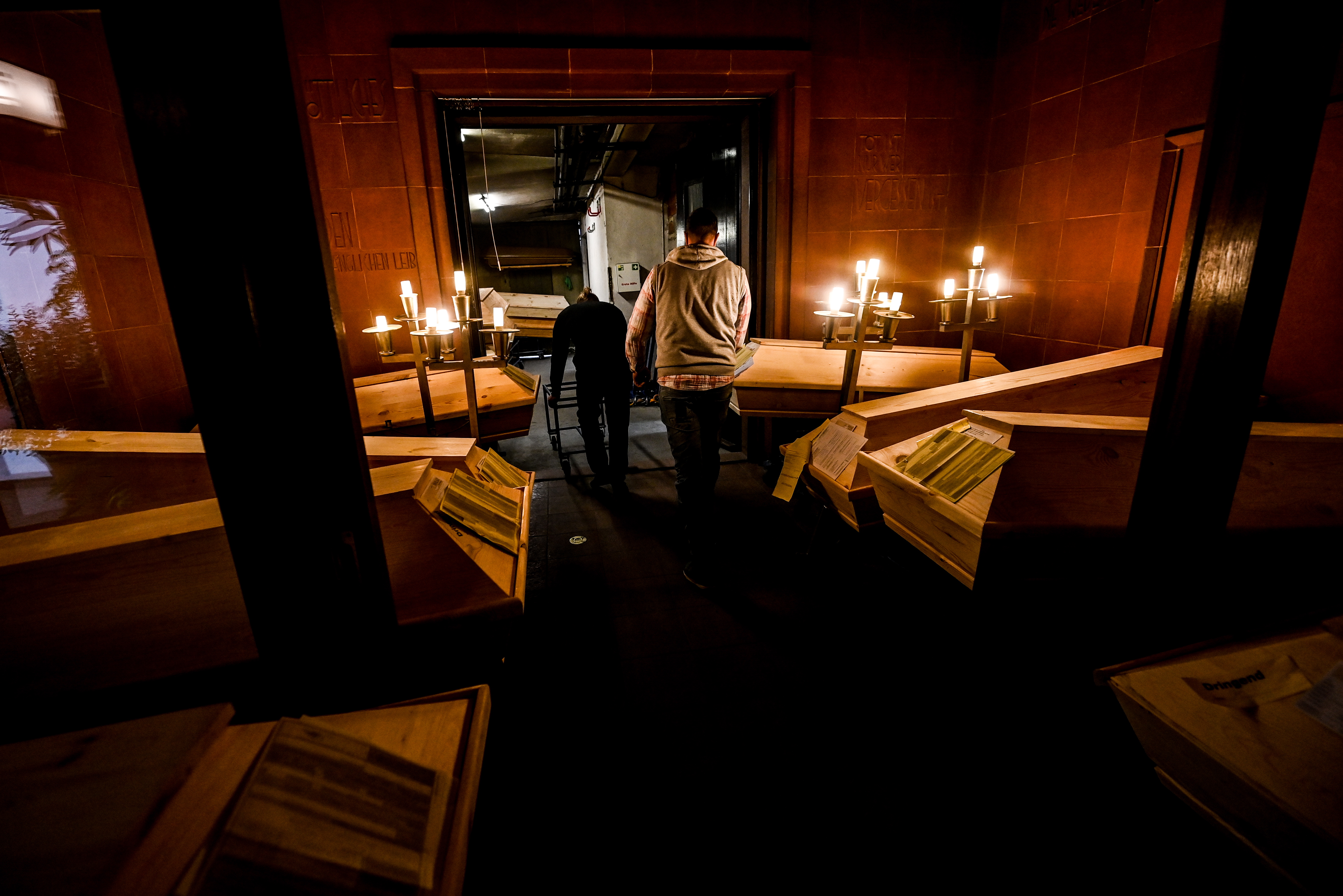 The state of Saxony, home to Meissen and other city's such as Dresden, has the second highest seven-day incidence rate throughout the country, almost double the national average.

The city of Dresden announced that a hall used to store flood protection equipment will now operate as a temporary mortuary.

The Saxony government have received intense criticism for their handling of the pandemic from lawmakers.

Frank Richter, a lawmaker in the Saxony parliament for the centre-left Social Democrats, said ,“If the Saxony government had acted earlier, we would have had the pandemic under control. But now we are a national problem.

“The pile of bodies in Meissen is bitter medicine against ignorance.”

The governors of both Saxony and neighbouring Thuringia had previously opposed efforts by Chancellor Angela Merkel to introduce restrictions after summer, only to later admit this had been an error in judgement.

Merkel has since announced an extension of Germany's lockdown until February 14, as well as new rules enforcing the mandatory use of medical masks in shops and on public transport.

People will have to wear single use or surgical masks instead of homemade creations.

German officials have identified a new mutation of coronavirus in hospital patients in Bavaria, that differs from the strains in the UK and South Africa.

Out of 73 newly infected people in the hospital, 35 had the new variation.

Samples are currently being examined by experts at the Charité university hospital in Berlin.

It is not yet clear if the new strain is more contagious or deadly than the other variants.

Merkel has previously pledged her determination to keep new strains of the virus at bay. 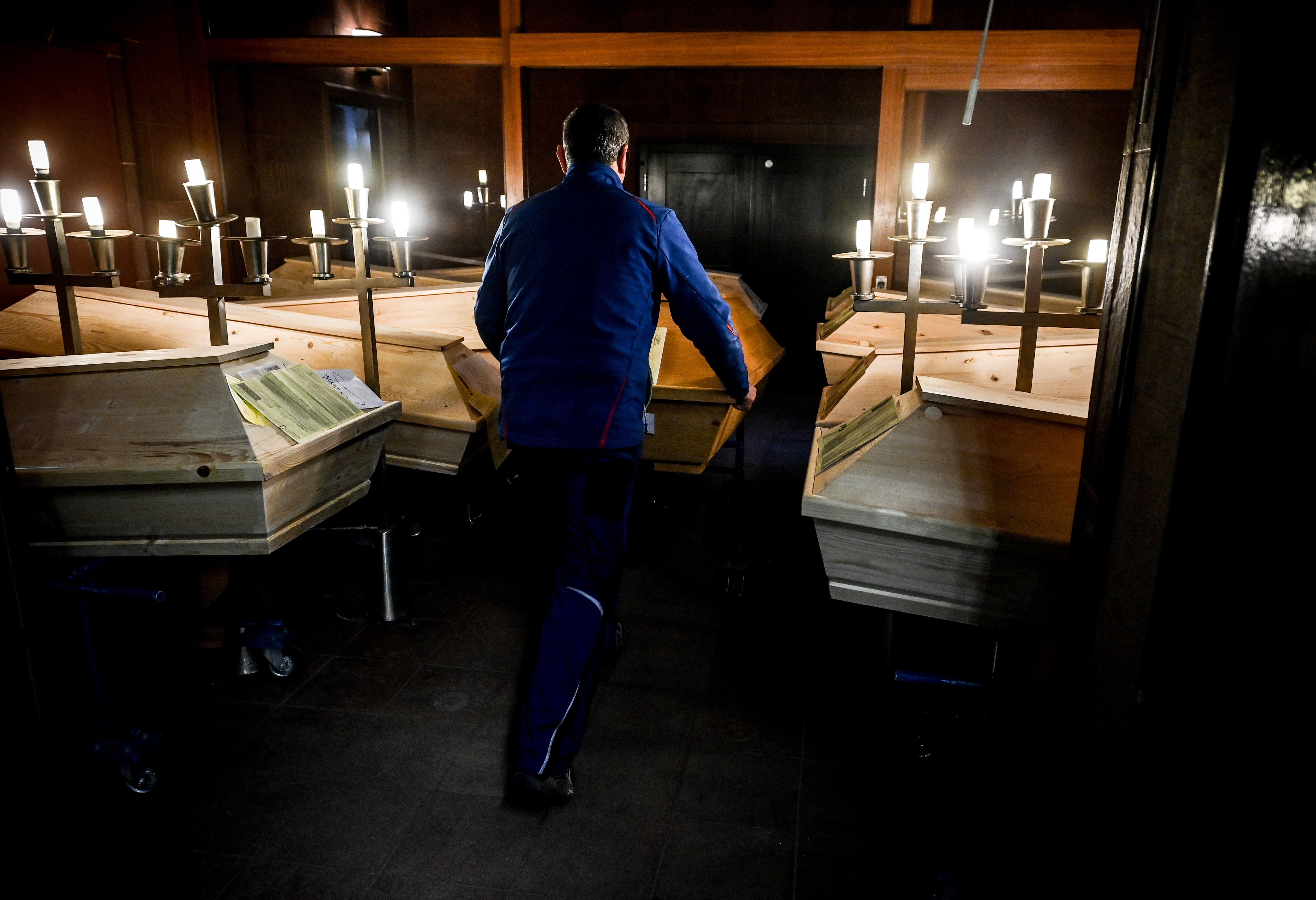 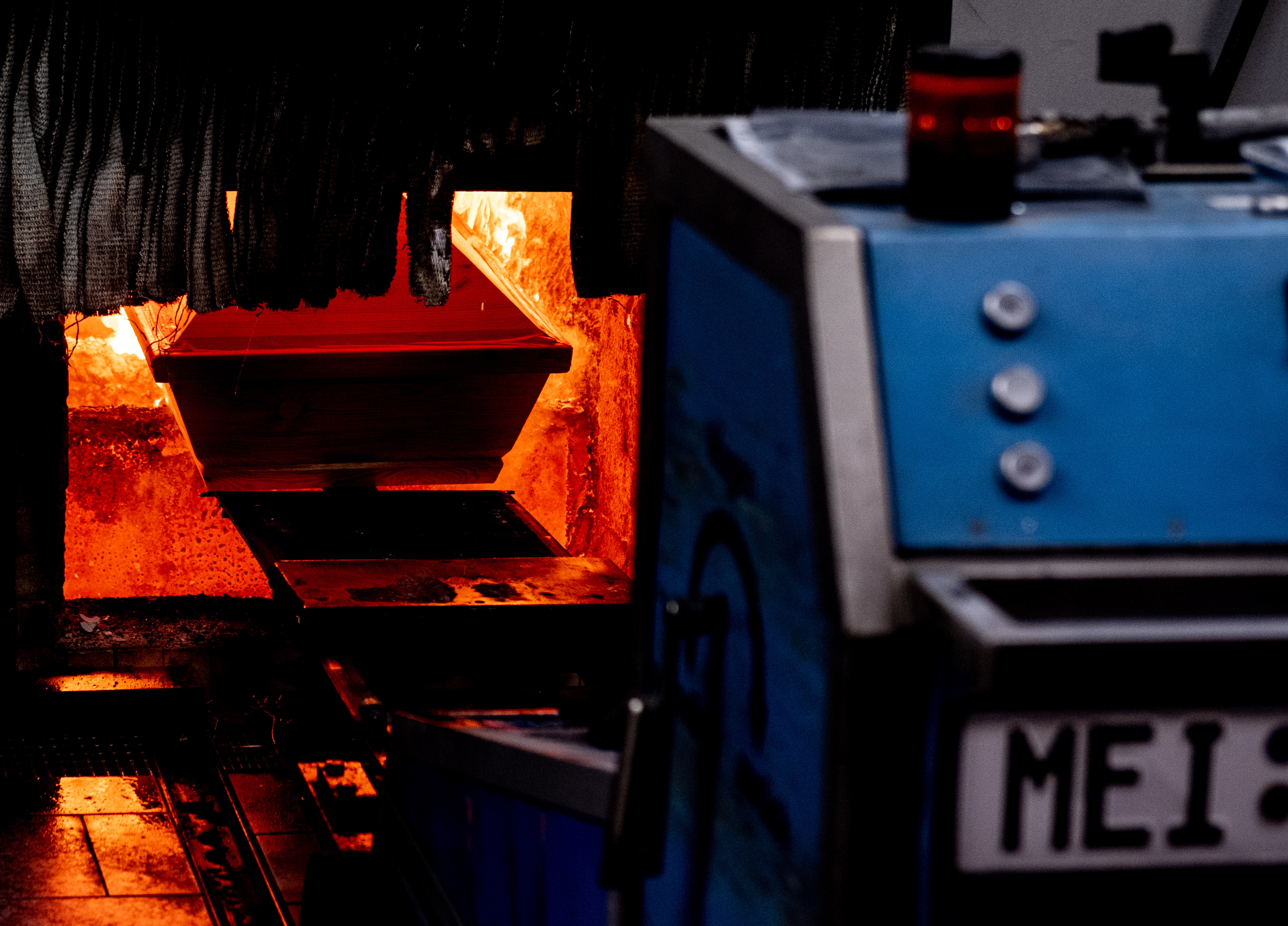