The driver of a stolen vehicle fleeing from police in Brooklyn Thursday night slammed into an MTA bus — injuring nine of its passengers and the driver, authorities said.

The chain of events that led up to the wild crash unfolded about 6 p.m. when police saw a tan Toyota Highlander with three men inside speeding on East 86th Street near Glenwood Road in Canarsie.

Officers tried to pull over the SUV, which wound up being stolen, but the vehicle kept driving, cops said.

Police said they backed off once the car failed to stop.

Roughly 10 minutes later and about a mile away, the same SUV blew through a stop sign at the intersection of East 87th Street and Avenue M, striking the B103 bus, police said.

The bus, from the impact, then struck a black BMW SUV.

MTA Bus President Craig Cipriano said in a statement the agency is “closely monitoring the situation.”

“The operator was taken to the hospital where senior NYC Transit management has arrived, and my thoughts and concerns for the well-being of this operator and his family and the riders who were on board are front and center,” Cipriano said. 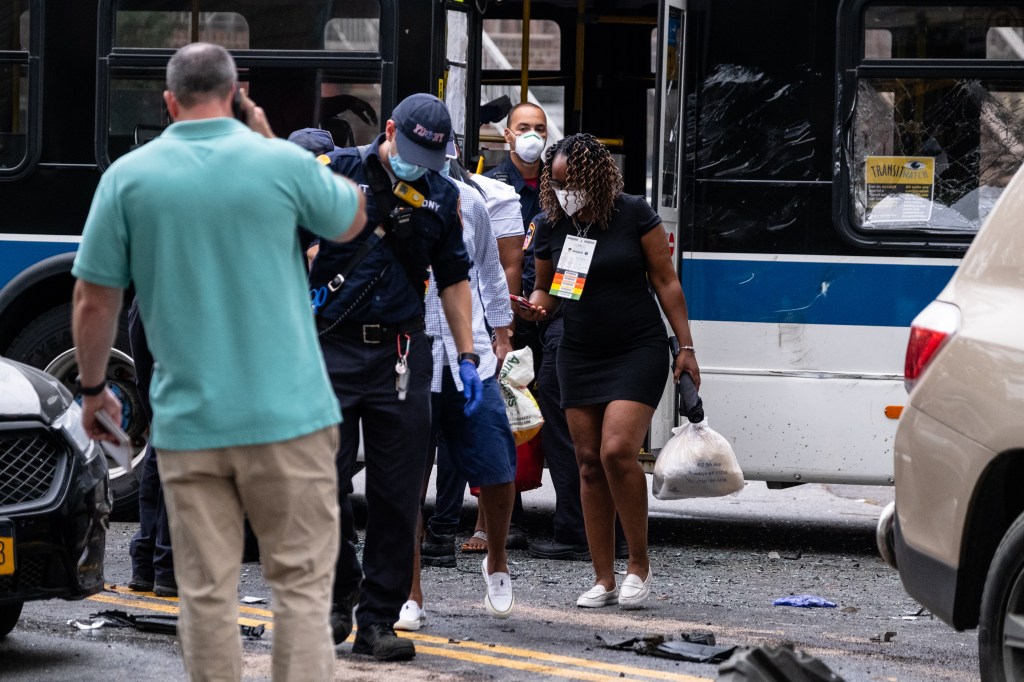 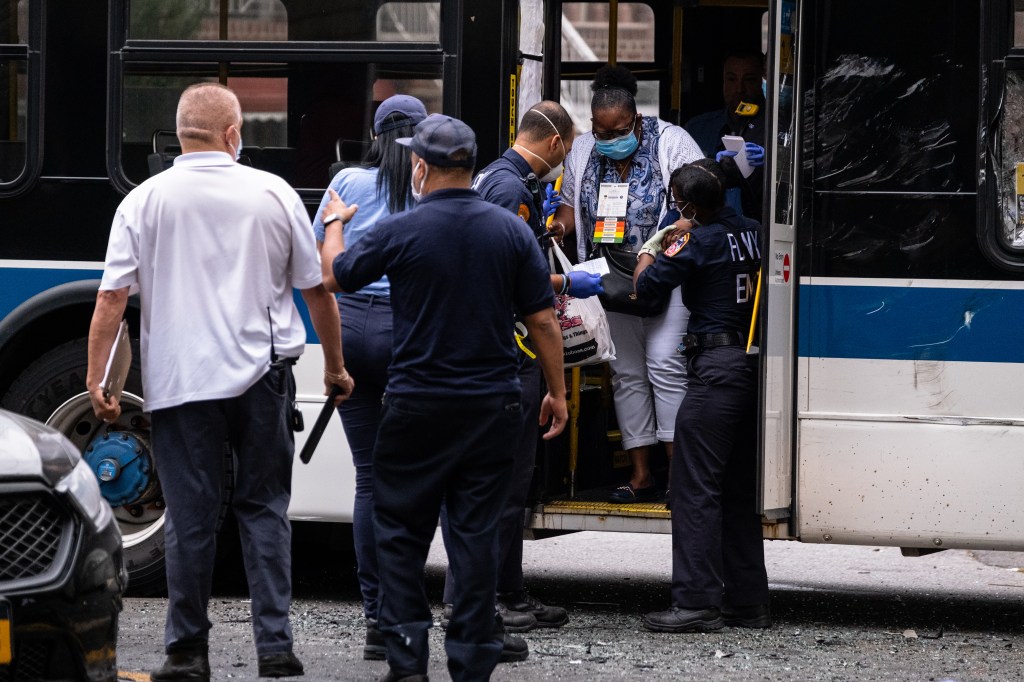 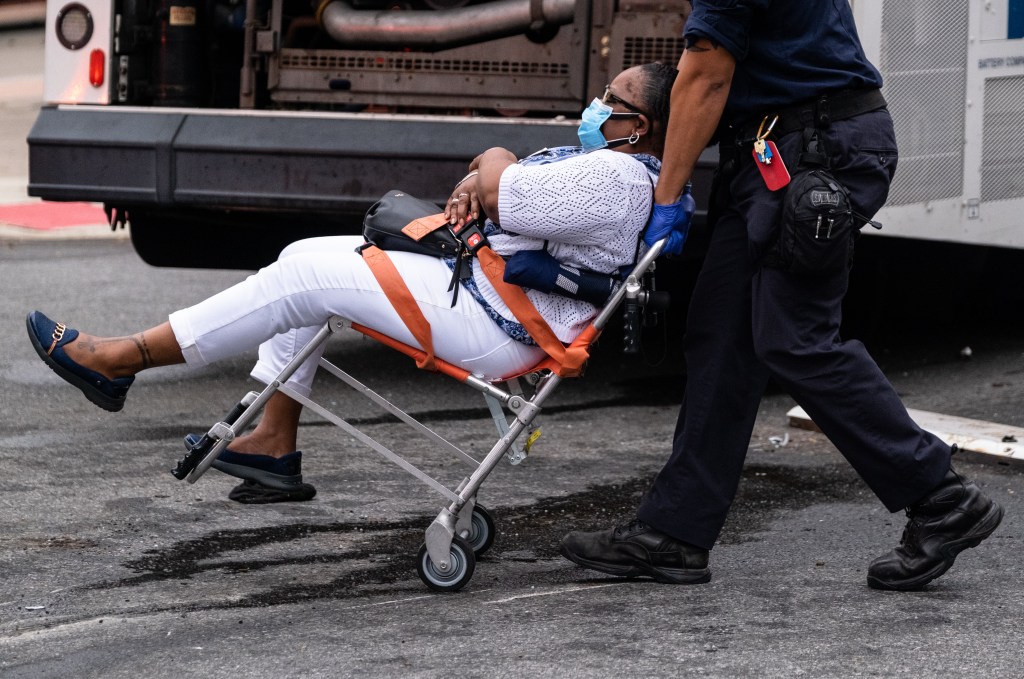 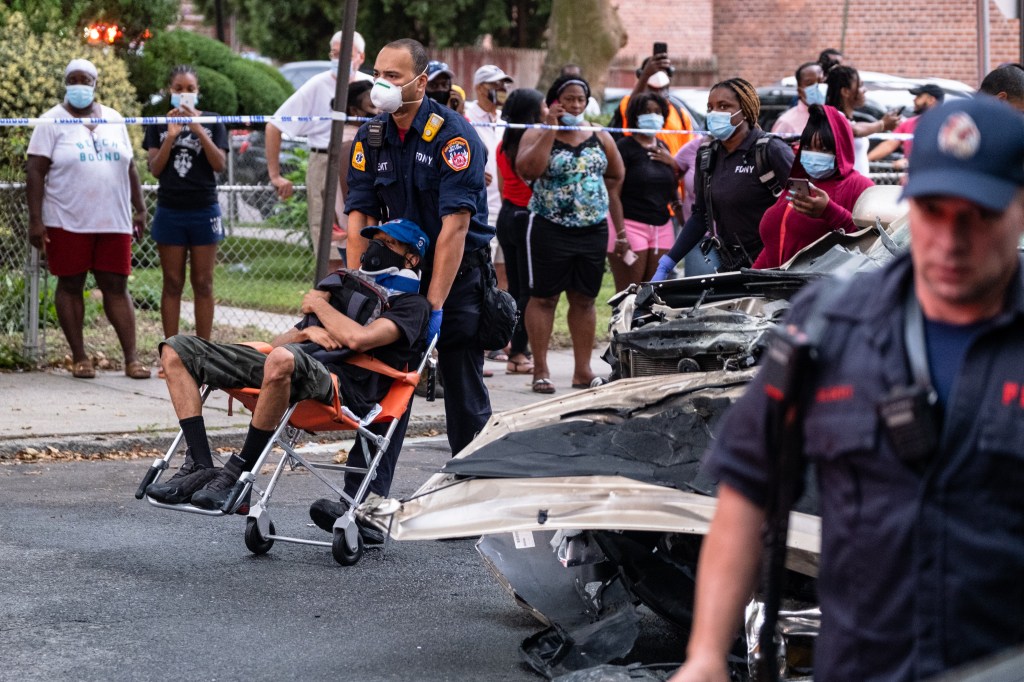