THIS is the horror moment a girl loses her front teeth during a boozy bottomless brunch when a stunt goes horribly wrong.

Autumn Cathey is seen having fun and drinking cocktails with her friends before things quickly take a turn for the worse. 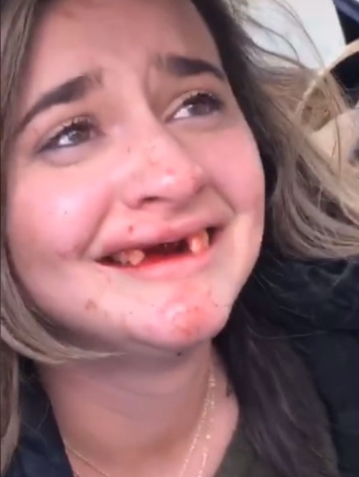 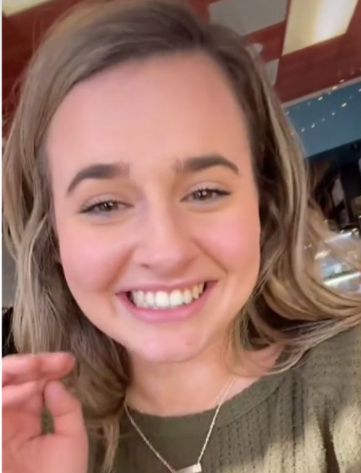 The video – posted on TikTok – starts innocently enough with grinning Autumn staring into the camera and declaring; "This is me after four mimosas."

She is then seen seconds later saying: "This is me after, I think, six mimosas" before reappearing to reveal she has now downed seven of the potent champagne and orange juice drinks.

The clip then cuts to several of her friends boasting how many they have put away with one bragging "this is me after all the flights of mimosas."

Things start to go wrong after the group leave the bar and the "star" of the video is seen climbing onto one of her male friend's shoulders.

One of her other pals can then be heard saying: "Don't talk I'm videoing" before adding "Oh s**t she's getting on his shoulders." 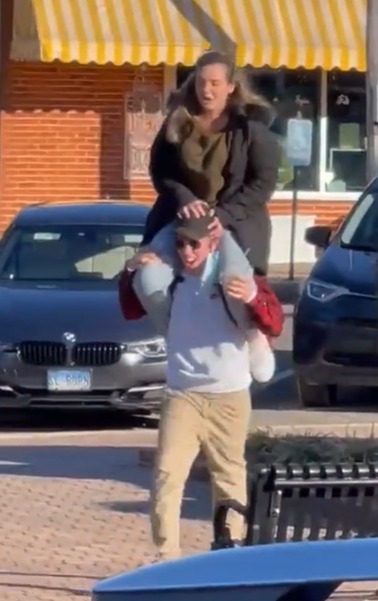 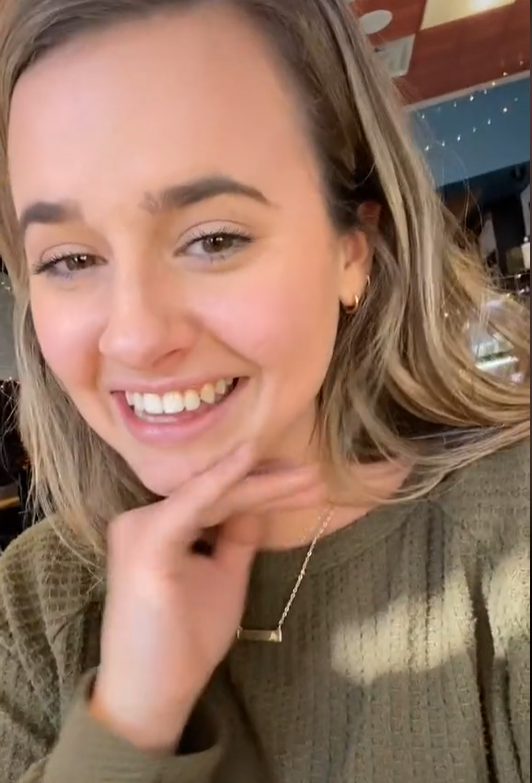 However, the clip then cuts to tearful Autumn sitting in a car with blood spattered on her chin and multiple teeth missing.

Although we do not see what happened to cause her shocking injuries it is pretty easy to join the dots.

Her friends can be heard saying: "It's okay….it's okay."

The video – captioned 'Bottomless mimosas are a drug' -has already been viewed more than 190,000 times shocking those who watched it.

Ally Bare wrote: "I've never gasped out loud at a TikTok video before. I should have seen it coming but I didn't."

The ArabDude added: "As soon as you climbed onto his shoulders I said 'someone is definitely ending up in hospital.'"

NaeNae wrote: "As she climbed on his shoulders, every fiber of my mom's bones were screaming nooooo!!!"

However, Autumn was quick to let everyone know she is now on the mend.

She wrote: "I'm fine. They put the teeth right back in and put glue across the whole upper row of teeth."