Ecuadorean authorities discovered a shipment of cocaine worth $19 million inside a Mexican jet that had been apparently abandoned on a private airstrip.

The cocaine was in 400 packages – each labeled with a logo, though Ecuador’s authorities didn’t detail what the logos might mean or to whom they were connected.

Officials also didn’t identify the Ecuadorean or Mexican drug trafficking organizations who were allegedly connected to the massive shipment.

National Anti-drug Investigation Agency agents and Air Force servicemen made the shocking finding as part of operation ‘Grand Impact 10’ on March 2 in the southern province of Santa Elena, according to a National Police of Ecuador statement.

The 400 kilos of cocaine were evenly split into 400 packages which were wrapped in plastic. 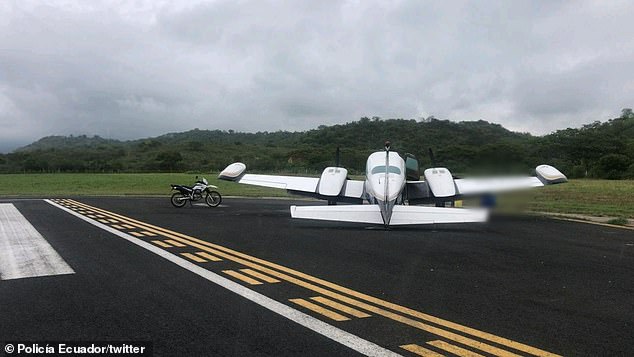 The National Police of Ecuador said that on March  2, security forces assigned to operation ‘Grand Impact 10’ found a Mexican jet with 400 kilos of cocaine worth $19 million on a private airstrip in the southern province of Santa Elena. No arrests were reported 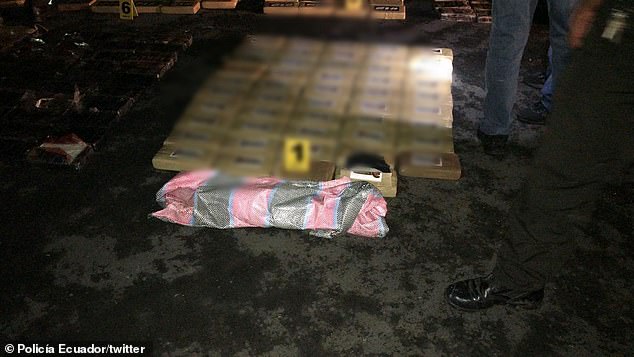 The 400 kilos of cocaine were evenly split into 400 packages that were labeled with different logos,

The cocaine bust took place just days before the Drug Enforcement Administration [DEA] released a report that identified nine Mexican cartels as being responsible for flooding the United States with drugs.

The DEA’s 2020 National Drug Threat Assessment highlighted how each of the key players exerted their influence over different parts of the United States by smuggling cocaine, marijuana, fentanyl, heroin, and methamphetamine. 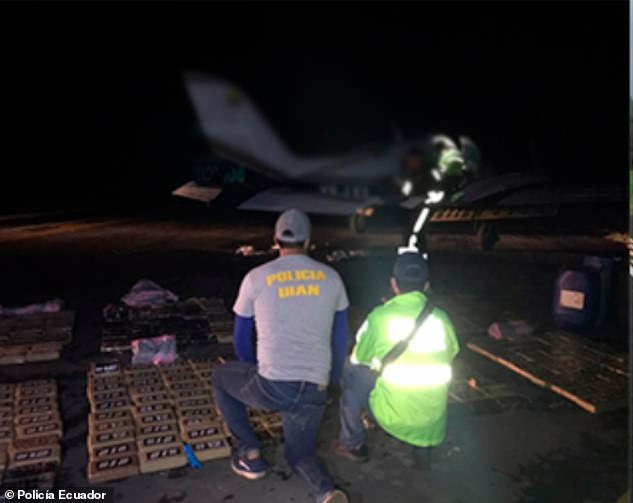 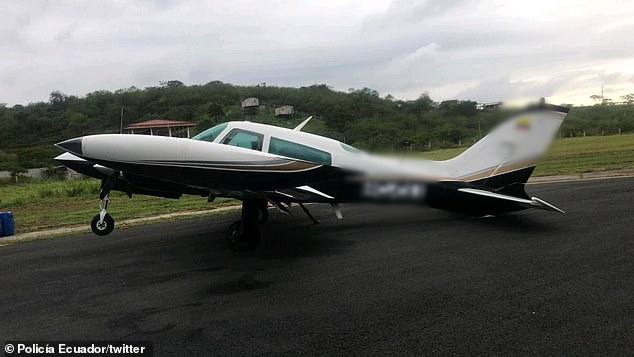 The National Police of Ecuador said the Mexican jet was loaded with 400 kilos of cocaine, but did not identity the Ecuadorean and Mexican drug trafficking organizations who were liable for the massive shipment

The Sinaloa cartel was found to control Arizona and California area smuggling routes into the US, while the CJNG exerts control over Mexico’s port of Manzanillo.