NEARLY 100 people have been injured after a passenger train derailed travelling through the north of Cairo today, Egyptian authorities announced.

Four wagons attached to the train derailed, in the city of Banha in Qalyubia province, just north of Cairo, railway authorities confirmed. 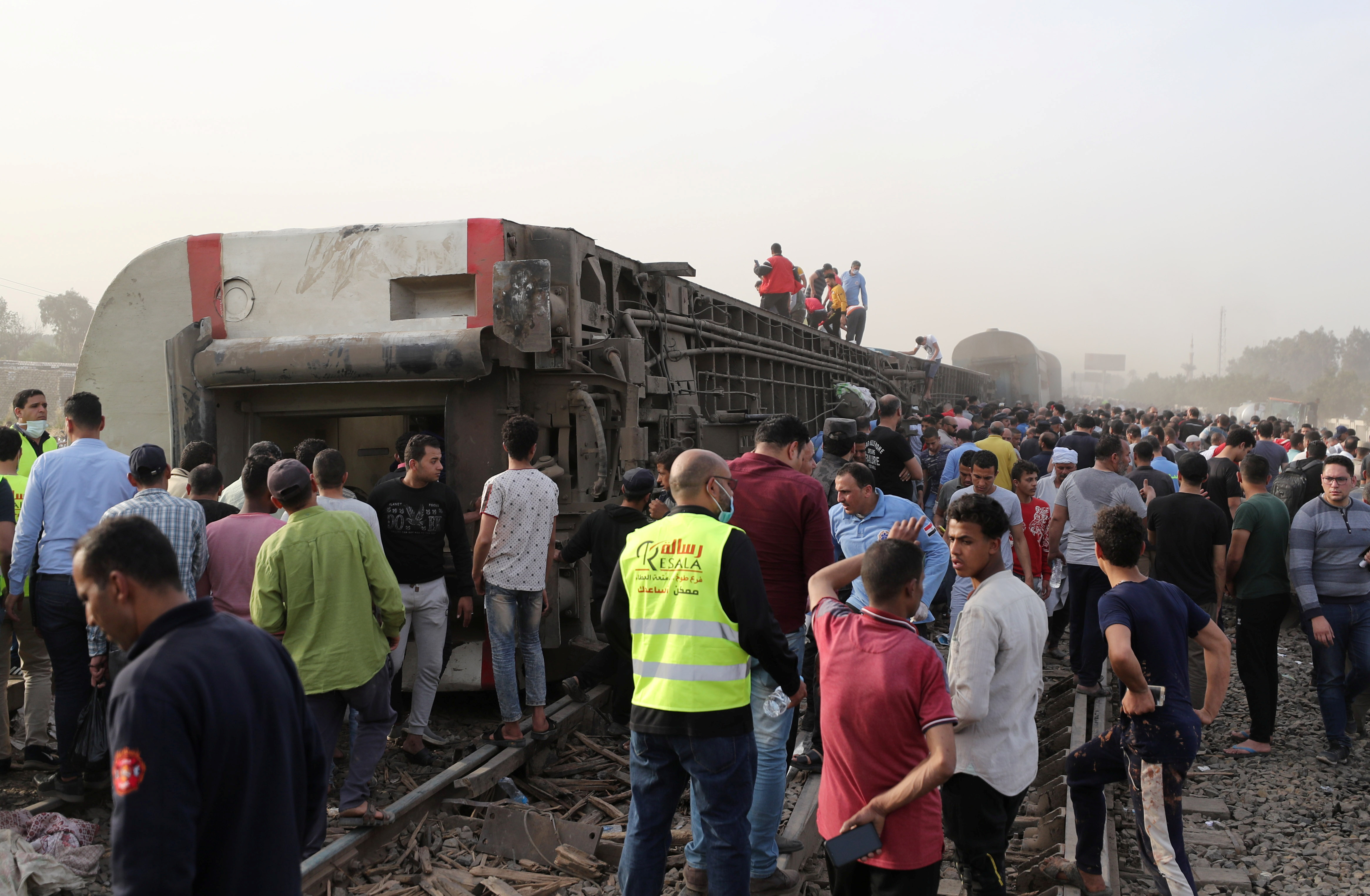 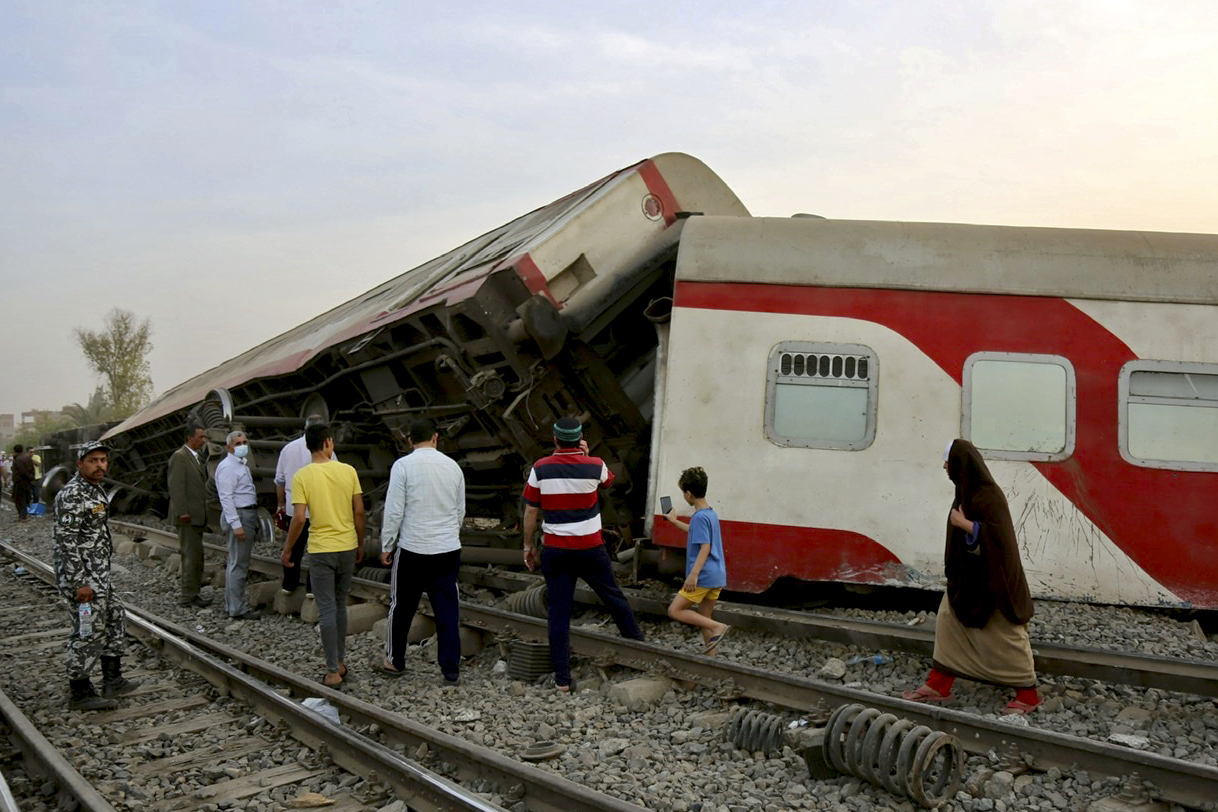 Shocking footage shared on social media shows the carts overturned as terrified passengers crawled to safety along the tracks, in the latest train accident to plague the country.

The packed train was travelling to the Nile Delta city of Mansoura from the Egyptian capital when it come off the tracks.

At least 97 people were injured in the derailment disaster, the Health Ministry said in a statement.

Approximately 60 ambulances responded to the scene to transport the injured to nearby hospitals, while salvage teams were seen searching amongst the capsized carriages for survivors.

Most injuries were minor and moderate but there were a few critical cases, health ministry spokesman Khaled Megahed told local news. 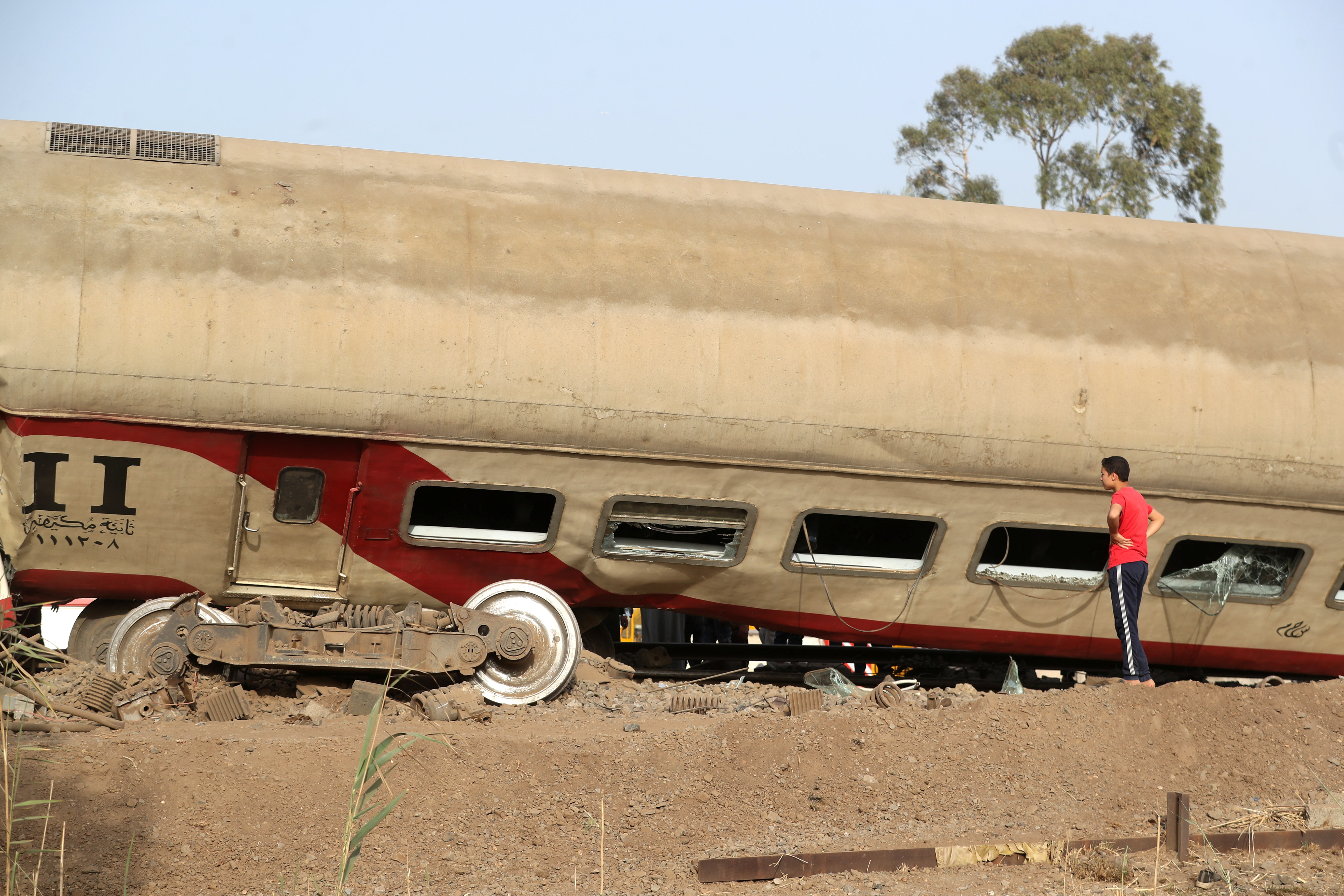 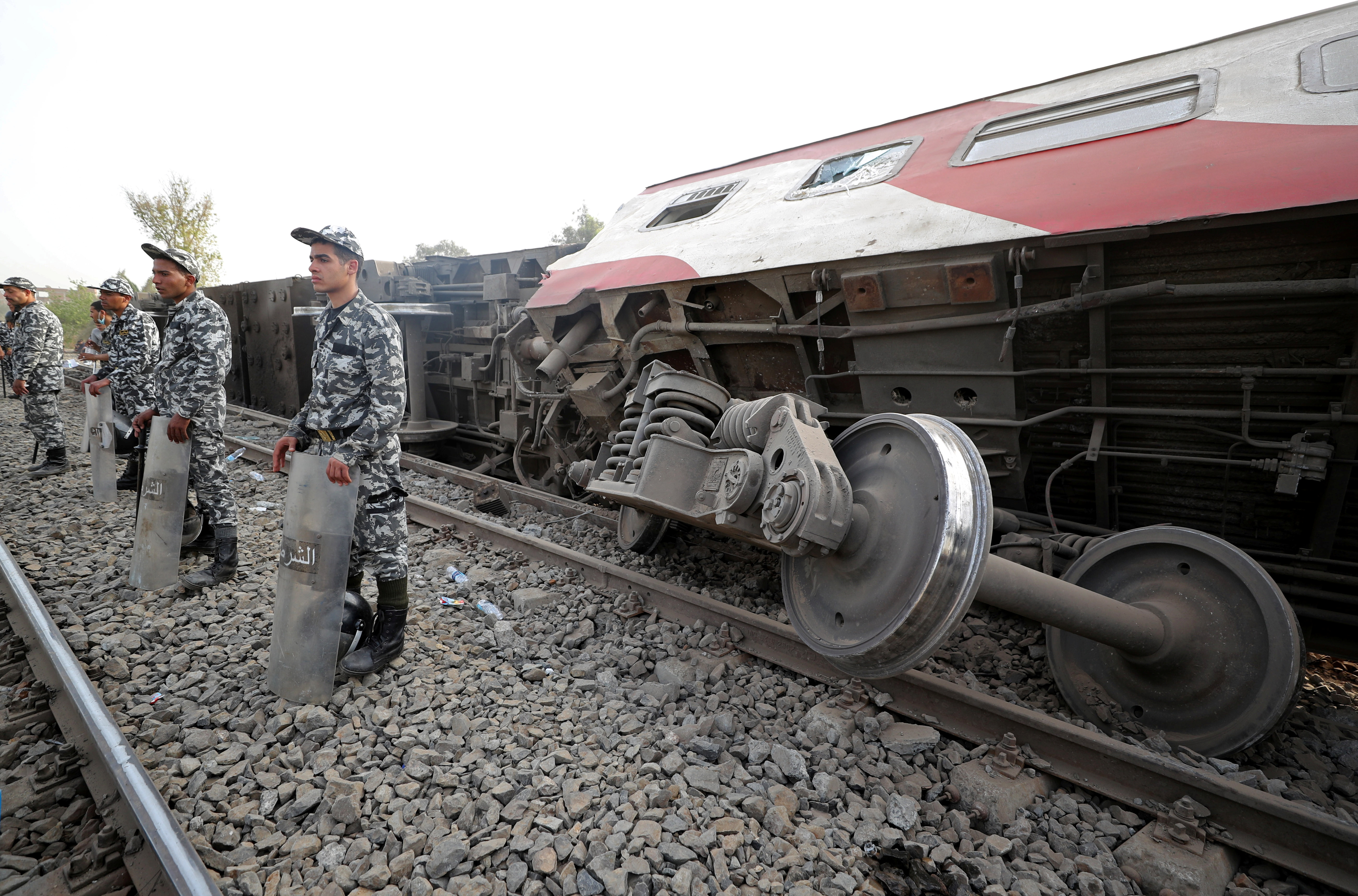 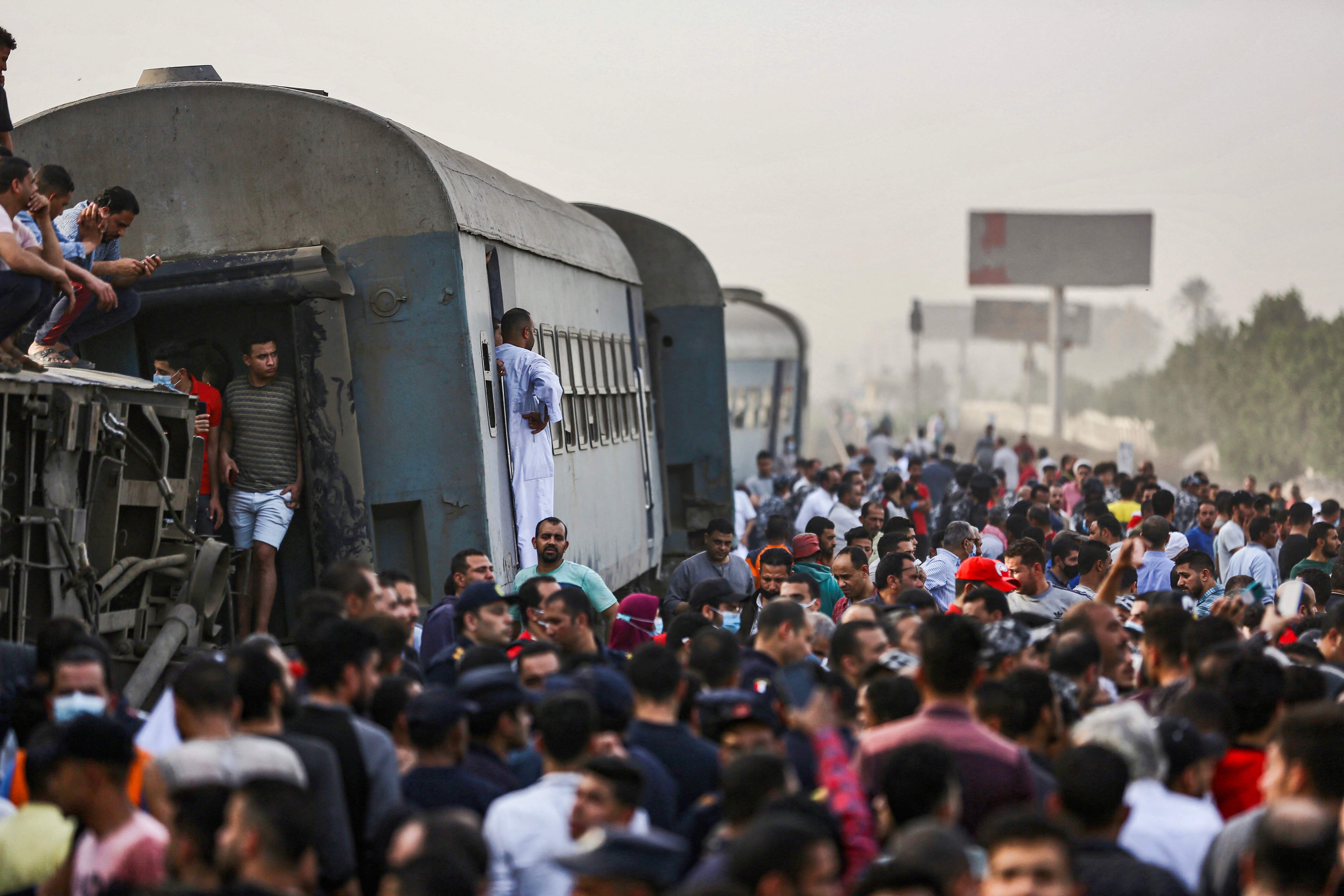 Investigators have also launched a probe into the causes of the horrific crash that brought East Delta travel to a standstill, although it is not immediately clear what could have caused it.

The latest train-related tragedy is the third rail accident to occur in Egypt in less than a month.

In a similar scenario last week, at least 15 people were injured when train carriages derailed in the Nile Delta province of Sharqia.

Three weeks ago, two passenger trains collided in the province of Sohag – killing at least 20 and injuring around 200 other commuters, including children.

According to prosecutors, the driver and his assistant left their cabin before the horror smash on March 25, which sparked national outrage.

Train wrecks and accidents are commonplace in Egypt, which is generally attributed to poor infrastructure and maintenance of the system.

The increase in collisions prompted the government to announce its launch of a broad renovation and modernization initiative, to combat the issue.